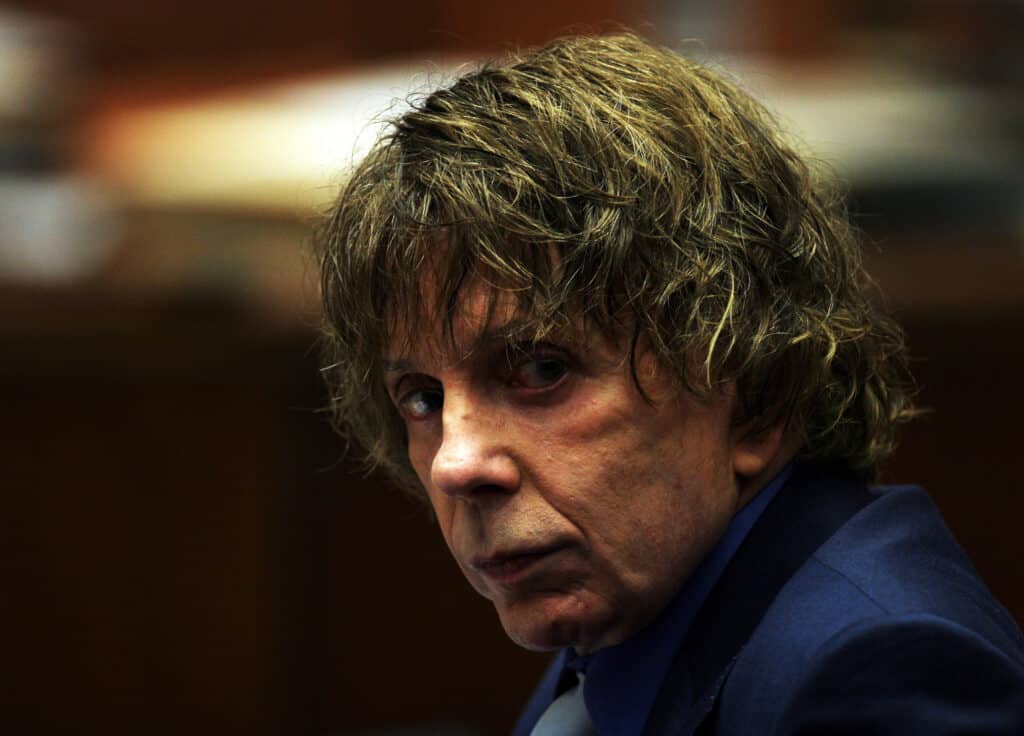 Phil Spector, the acclaimed music producer whose talent was overshadowed by his involvement in the murder of actress Lana Clarkson, has died in California.

TMZ has reported that Spector contracted COVID-19 while being incarcerated.

He tested positive about a month ago and was hospitalized.

His condition stabilized to the point he could be released from the hospital and return to prison.

TMZ furthermore stated that Spector started having breathing issues and was again transported to the hospital.

This information is more detailed than what officials are providing.

The California Department of Corrections and Rehabilitation released a statement saying Spector died of natural causes.

Furthermore, the statement read as follows:

“His official cause of death will be determined by the medical examiner in the San Joaquin County Sheriff’s Office.”

Phil Spector worked with 60s music greats like the Ronettes, the Crystals, Darlene Love and the Righteous Brothers.

“He makes a milestone whenever he goes into the studio and this has helped the Beach Boys evolve.”

He is also credited with creating the Wall of Sound which “merged spirited vocal harmonies with lavish orchestral arrangements to produce such pop monuments as ‘Da Doo Ron Ron,’ ‘Be My Baby’ and ‘He’s a Rebel’.”

Spector was inducted into the Rock and Roll Hall of Fame in 1989.

3. His Career Was Overshadowed By Lana Clarkson’s Murder

Spector’s music icon status was diminished after his conviction for the 2003 murder of actress Lana Clarkson.

Clarkson was pronounced dead from a gunshot wound to the mouth on February 5, 2003.

She was found sitting on a chair in Spector’s mansion.

Spector insisted that Clarkson killed herself, but Clarkson’s family never believed his story.

He maintained that while in a drunken state, she “kissed the gun.”

During grand jury testimony, others described incidents of Spector playing with and pointing guns at houseguests.

His driver also provided damning testimony by saying he heard a “pow” sound.

Then, Spector emerged from the house with blood on his hands saying “I think I killed somebody.”

Spector was ultimately sentenced 19 years to life on May 29, 2009 for second degree murder.

The first trial in 2007 resulted in a mistrial so the 2009 sentencing happened at a retrial.

Spector’s life and death are tragic.

His remarkable talent was accompanied by eccentric behaviors.

Unfortunately, a young woman also lost her life so his legacy is forever tied to the heinous crime he was convicted of committing.