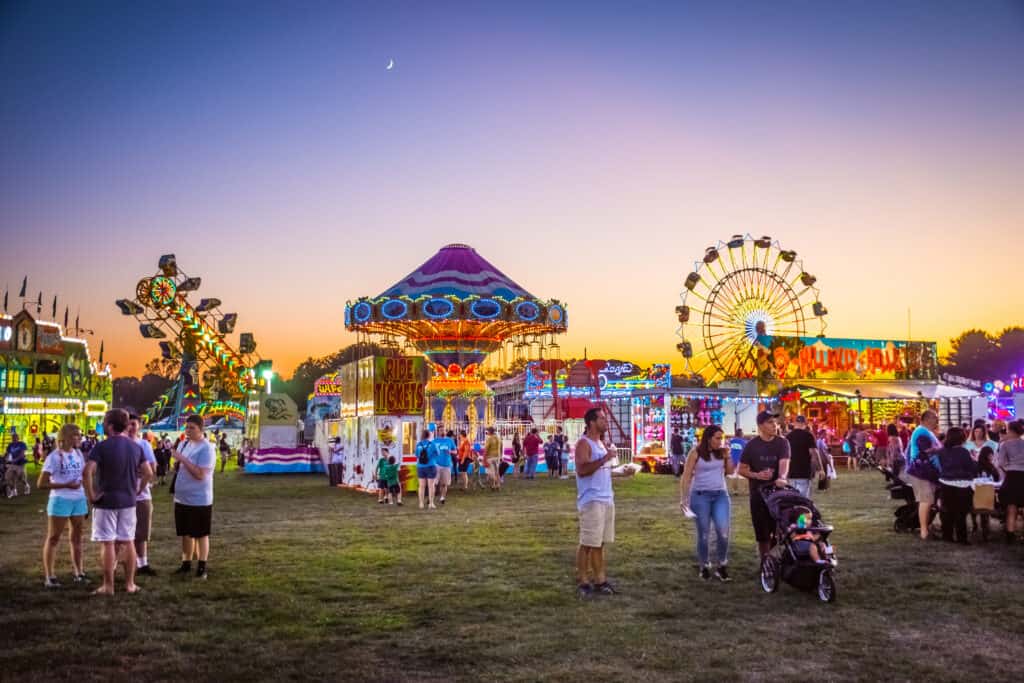 The National Cherry Festival in Traverse City, Michigan, made big news this week.

It was due to a mishap with one of the carnival rides.

Ironically, the ride is called the Magic Carpet Ride which sounds way more exotic than it turned out to be for this group of riders.

Check out the video, and you will see what we mean.

As the foundation of the ride became unsteady, bystanders rushed forward to try and hold it down.

Bystanders at the Cherry Festival in Traverse City, Michigan rushed over to stop a carnival ride from tipping over https://t.co/OeE4sASyF6 pic.twitter.com/ulLbxgQNRB

I can’t imagine what was more frightening, being on the ride or watching what is happening to the structure of the ride as it continues to spin.

Thankfully, everyone got off the ride without sustaining injuries though reportedly their harnesses remained in place after the ride stopped so they could not escape as quickly as they likely wanted to.

Not surprisingly, the ride was disassembled the next day.

Equally unsurprising was the amount of people who were reluctant to get on any rides at the National Cherry Festival after this happened.

Who can blame them?

The short answer is yes they are.

However, we have to wonder with COVID-19 happening last year, the rides were not used, and inspections could have lapsed.

Was this particular ride inspected since COVID-19 restrictions were lifted in 2021?

It is not known.

The National Cherry Festival began in 1925 and continues to run each year.

It has only been cancelled a few times in its almost 100-year history.

Attendance for this year’s festival has not been reported; however, in the years before COVID-19, as many as 500,000 people would attend the week- long event.

In addition to rides, there is always plenty of food.

There was even a food entry in The Guinness Book of World Records from the National Cherry Festival in 1987.

We found the world’s largest cherry pie pan here in Traverse City 🍒 🥧 Back in 1987 it set the Guinness World Record by holding a 28,350 pound cherry pie 😜💯🔥‼️#CherryPie pic.twitter.com/Qh98ZsvPu8

That was the world’s largest cherry pie weighing in at 17 1/2 feet in diameter, and it weighed a whopping 28,350 pounds.

The record has since been broken, but the town and the festival are still very proud of the achievement.