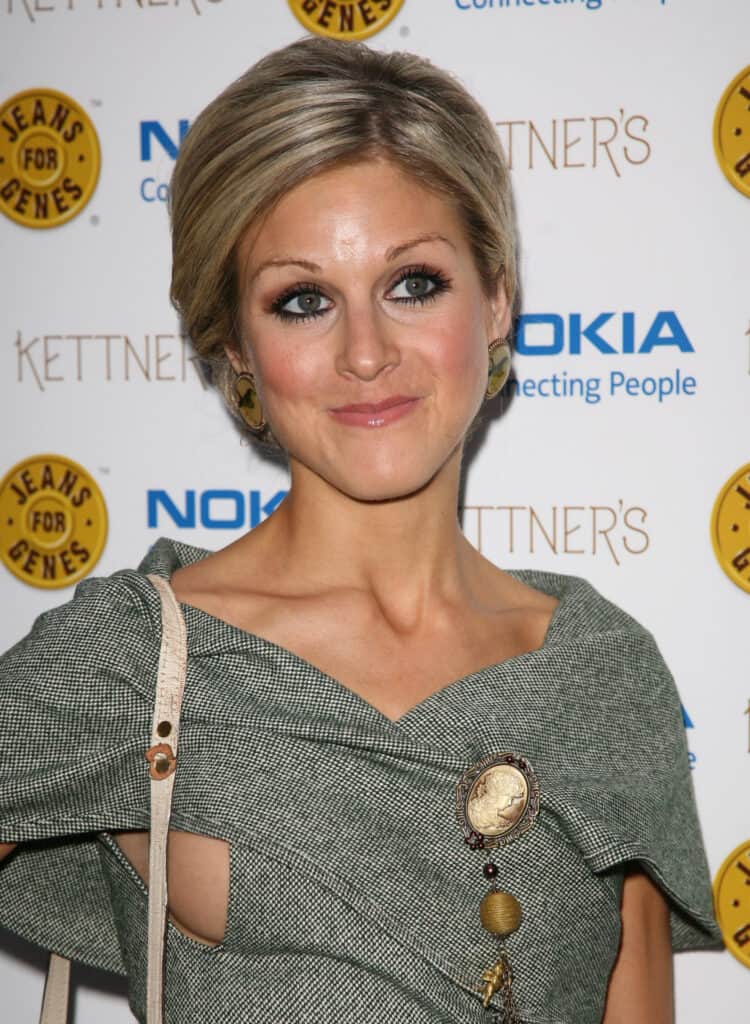 The cause of death was anorexia nervosa which Grahame battled for years.

Nikki Grahame was a public figure for over half of her young life.

Here are 3 things to know about her life and career.

1. Reality Television Was Her Big Break

Grahame was an aspiring actress and model who dabbled in acting and beauty pageants before her reality television career took off.

She appeared as an extra on the BBC soap EastEnders before being cast in the UK version of Big Brother 7 in 2006.

Grahame finished fifth on the show.

Absolutely devastated to hear the news about Nikki Grahame’s death. For people my age in 2006, she defined what it meant to be a reality tv personality before reality tv really became what it is now. Endlessly quotable, instantly beloved and a character no one will ever forget. pic.twitter.com/efAkl3JUXd

That same year, Grahame starred in the series Princess Nikki.

The show ran for six weeks in the fall of 2006 and followed her as she tried to live an everyday life including holding down a job.

She returned to the Big Brother franchise two more times with appearances in Ultimate Big Brother which aired in 2010.

Grahame finished second on that show.

She ventured to Canada for Big Brother Canada in 2016.

During her time on reality television, Grahame opened up about her battle with anorexia nervosa.

This led to her writing two autobiographies: Dying To Be Thin in 2009 and Fragile in 2012.

3. She Battled Anorexia Until The End

It is not clear if her tumultuous home life caused it, but she lost her grandfather from cancer and her parents divorced when she was eight years old.

She was institutionalized several times in her formative years in an effort to combat anorexia.

Grahame relapsed periodically and in the process developed obsessive compulsive disorder with an intense fear of germs.

Friends close to her knew that she was struggling again recently.

They set up a GoFundMe page to aid with the costs of her treatment.

“At the moment, Nikki constantly feels weak and is struggling on a day to day basis. She feels trapped and really wants to get better but feels like it’s impossible. It’s heart-breaking and we desperately just want a healthy and well Nikki back with us.”

“I thought to myself, yeah, we could save her — but we didn’t. It’s OK, she’s in a good place, she’s not suffering anymore.”

Anorexia is a deadly mental illness; it has the highest mortality rate of all psychiatric disorders.

The passing of Nikki Grahame after her battle with anorexia is heartbreaking. Eating disorders are so misunderstood because we, as a society, have become obsessed with diet culture, editing pictures, and striving for what the media tells us is perfection. pic.twitter.com/kTTrRTMC7f

Females are most apt to contract anorexia.

It manifests during the teenage years, typically around the age of 16, but many girls like Nikki Grahame develop it much younger.

Only 60% of sufferers survive because most are prone to multiple relapses.

The body’s systems shut down from the lack of nutrition so the most likely causes of death are sudden cardiac arrest or organ failure though many sufferers commit suicide.