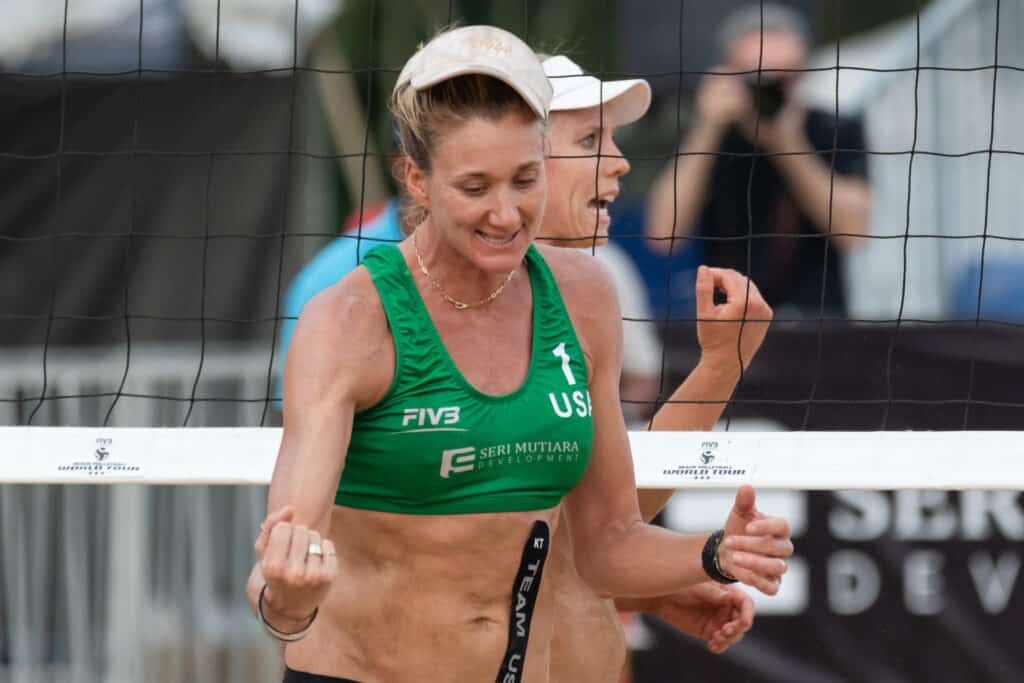 It is hard to believe, but the Summer Olympics are just a little over 4 months away.

Preparing for the Olympics is difficult enough when there is a four year window between each, but the unexpected one year delay of the 2020 Summer Olympics due to the pandemic affected many.

Even the seasoned Olympians had to adjust, and one of the most seasoned is 42 year old Kerri Walsh Jennings competing in her 6th Olympics in beach volleyball.

Kerri Walsh Jennings: What You Need To Know

This time, Walsh Jennings will partner with 34 year old Brooke Sweat in Tokyo.

Ironically, Sweat injured her knee in May 2020 and required surgery.

Had the Olympics gone as planned in 2020, Sweat would not have been able to compete.

“Kerri is an absolute legend. … Playing with her in the beginning, I wasn’t sure what to expect. I put too much pressure on myself to be perfect but once I got to know her a little bit better… it’s just volleyball…I had to kind of switch my mindset to something like that, rather than thinking, ‘Don’t screw this up for her. She picked me. She knows what she’s got with me.’ And I think we can do really great things together.”

This will be Brooke Sweat’s second Olympics; she and her previous partner qualified for Rio in 2016 but had a disappointing showing.

Regarding her Rio experience, Sweat said:

“Rio was a heartbreak. And for the longest time, I just thought failure. But you look back at it and I had a torn rotator cuff playing in Rio; I had surgery like eight months before. So for me now, I can look back and it’s a complete opposite (perspective).”

Walsh Jennings has talked about training her mind, body, and spirit for the Olympics.

Her spirit has to be prepared for the long hours of match play, and her mind needs to be laser focused.

The physical training encompasses lots of practice time on the court as well as Pilates and weight training.

Obviously, it works for her; Walsh Jennings has spent half of her life competing in this sport and shows no signs of letting up with her sights set on a fourth gold medal.