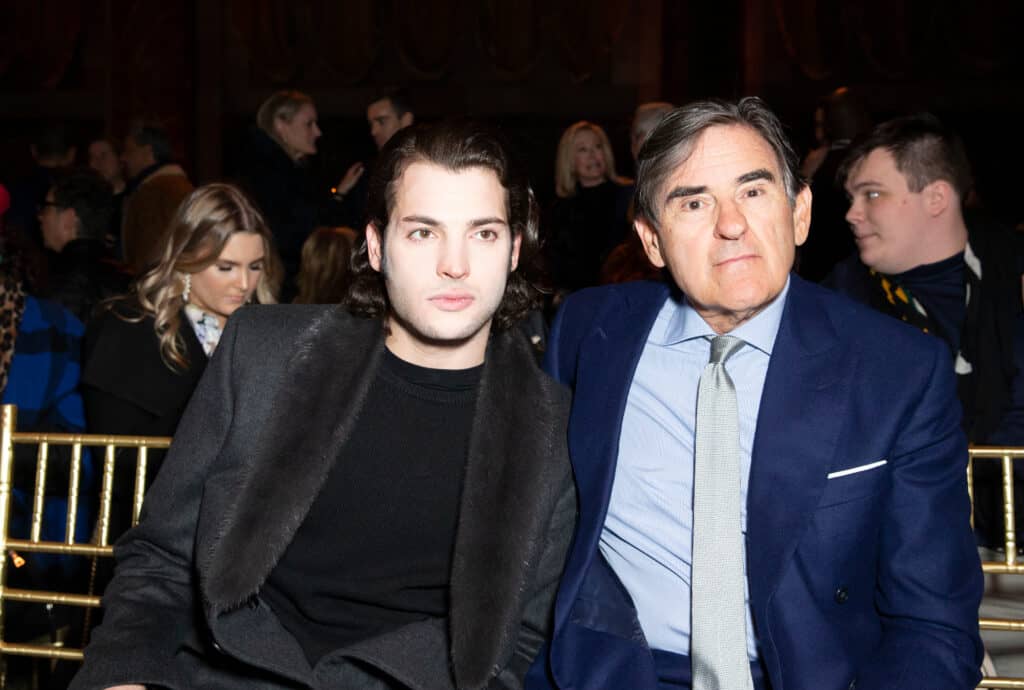 Brant, along who with his brother Peter II, were the male version of millionaire socialite sisters, Nicky and Paris Hilton.

Here are three things to know about Harry Brant.

1. Brant Is The Beloved Son Of A Model and Millionaire

Harry Brant's Close Relationship with Stephanie Seymour: 'His Mom Was His Everything'​ https://t.co/a8zd2eTjsw

His father is Peter Brant, who is a millionaire publishing magnate and art collector.

Besides Peter II., Harry has a half brother Dylan (Stephanie’s son who was adopted by Peter) and a sister Lily.

His brother Peter II said this after Harry’s funeral.

“Today we lay to rest, and honor the life of my brother, a true angel of light, an extraordinarily unique soul unlike any who have come before…It is impossible to express the devastation I feel for the loss of one with whom I shared not only a lifetime of beautiful memories, but with one who cared so deeply for my own happiness, was so devoted to my personal comfort, It is the loss not only of a brother, but of a best friend, my other half.”

“My amazing big brother and my best friend, words cannot describe how much i will miss you…you had the most beautiful and sensitive soul and a sense of humor that could brighten anyone’s day. thank you for always making me smile.”

He also loved fashion and the arts.

In 2014, he explained his love of contemporary art to Harper’s Bazaar:

“When I was growing up, my dad would take me through our house once a month and ask me the name of every artist of every painting. If I got it right, I would get a dollar. I appreciate that now because I can walk through museums and recognize works and artists’ styles immediately…A lot of people think I started going to fashion parties recently, but I’ve been going to art fairs my entire life,” he says. “To be honest, I hated them until I got older. Now I can appreciate all the amazing art I’ve seen.”

3. Brant Suffered From A Drug Addiction

When his parents announced his death, they said:

“It is with enormous sorrow that we share with you the news that our beloved son, Harry Brant, lost his battle with addiction and died due to an accidental overdose of prescription medication…Our hearts are shattered. Harry wanted to overcome his addiction and was just days away from re-entering rehab.  We will forever be saddened that Harry’s life was cut short by this devastating disease.”

Grateful that Harry Brant’s family is open about his cause of death. Part of reducing the stigma around addiction means being honest about how this disease affects every strata of society. Addiction kills so many every year, it is a parallel pandemic. Always practice compassion. https://t.co/7sfdhQVXEZ

His parents bravely demonstrate to the world what a devastating disease addiction is.

The family asks for privacy to grieve Harry’s sudden and unexpected death.