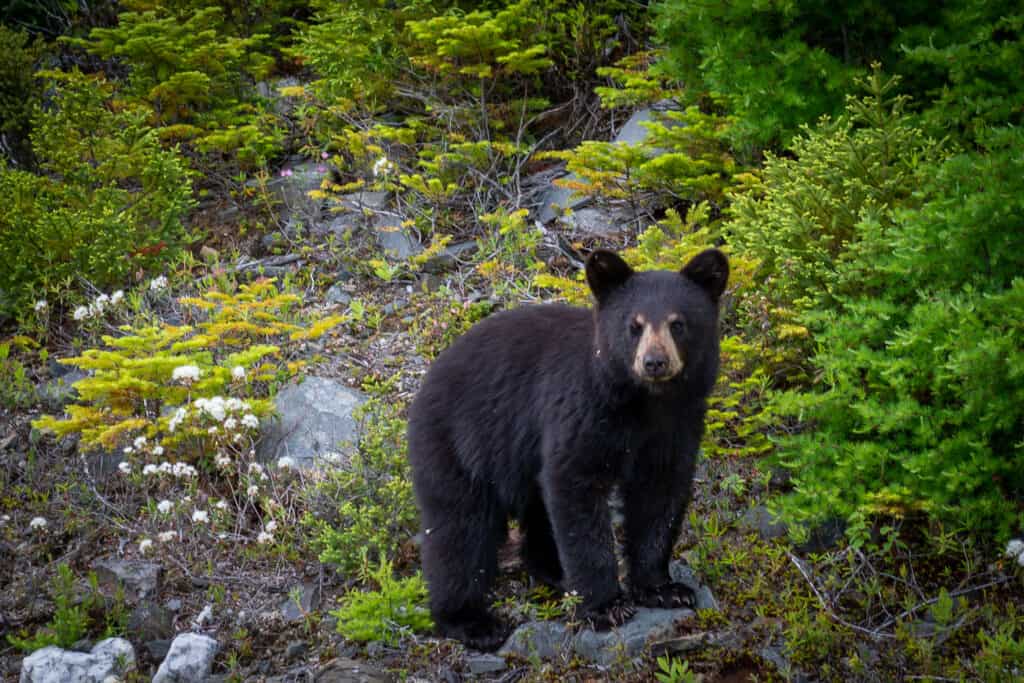 A black bear followed a skier down a mountain in Romania last week.

Yes, the headline is daunting and quite unbelievable.

This incident happened on January 23, 2021, at a ski resort in Predeal.

The resort is located on the highest town in the entire country in Brașov County, Transylvania, Romania.

1. This is not Photoshopped.

You’re probably thinking that this is not real since practically anything can be Photoshopped these days.

Several people on the lift shot similar video so there are several equally frightening vantage points.

The Romanian news agency Digi24 reported on it.

To make it even more credible, Romania is known to have the largest population of black bears in Europe.

2. People Yelled At Skier To Warn Him

The video footage includes voices yelling at the skier.

They are speaking in Romanian, but it appears they are trying to warn him.

Translations indicate they are telling him there is a bear behind him and to ski quicker to get away from the bear.

Recreational skiers go between 10 and 20 miles per hour.

A bear can run as fast as a horse, at a speed of about 35 miles per hour so skiing quicker may not have been good advice.

It’s unclear what, if anything, he could hear as he was whizzing down the mountain.

What is clear is that the skier handled the situation with the presence of mind I wish I would have in a similar situation.

He decided to throw his backpack off and away from his body to deter the bear.

The skier was safe because the bear left him to examine the contents of the backpack.

This incident could have taken a horrific turn so it’s good that there was a happy ending.

As for the bear, the resort may attempt to find and relocate him though there are no updates on how those efforts are going.