You are here: Home / Sports / NBA / The Hornets Are In The Dark About Their Biggest Star 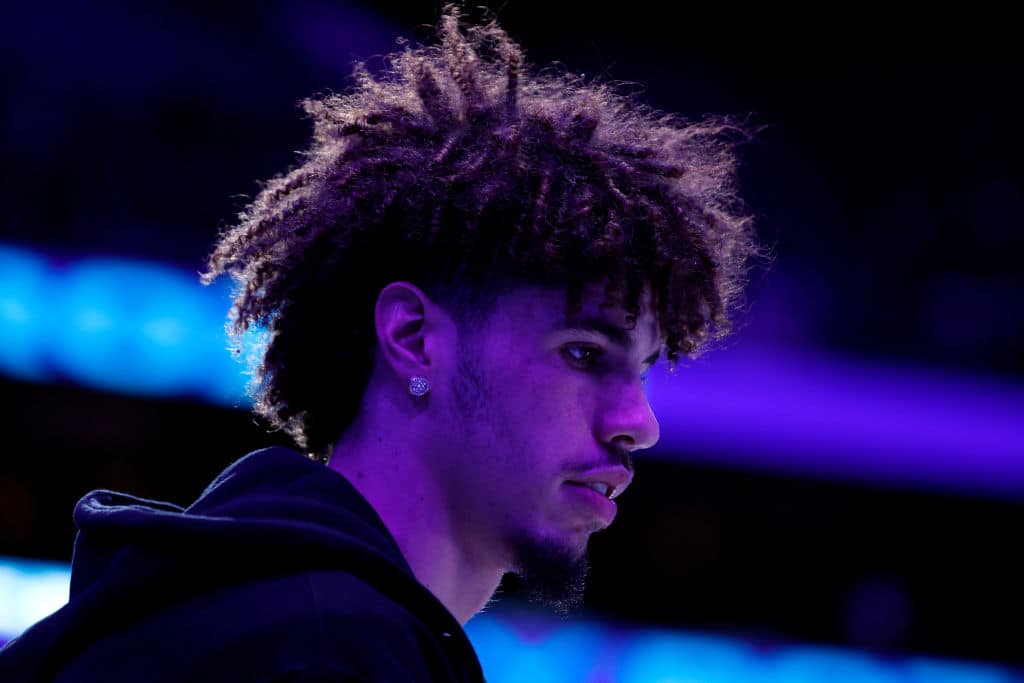 The Charlotte Hornets hosted the Los Angeles Clippers on Monday night at home and just barely lost to them.

It was a surprisingly close game because Charlotte again didn’t have a few of their biggest players, such as Dennis Smith Jr., Gordon Hayward, and LaMelo Ball.

The team missed those three stars – but they need to get used to playing without them.

Ball, Hayward, and Smith remain out for the foreseeable future and there is no timetable for any of their returns, according to the team.

This is not the news that the Hornets wanted.

The team is careening to the bottom of the Eastern Conference and losing these three guys will only hasten that fall.

The Hornets are now 7-17 and the 13th team in the East, ahead of just the Detroit Pistons and Orlando Magic.

Losing these three players is bad enough but losing them without a timetable for return is even worse.

Ball’s absence is particularly concerning because he has been shockingly limited this season.

Ball missed the first 13 games of the season due to an injury he encountered at the end of the offseason and then only played for three before he was hurt again after stepping on a fan’s foot.

He has now missed the last eight games.

Ball is supposed to be the centerpiece of the team, the leader and the future of the franchise.

But he is having a hard time staying healthy and taking control.

Now all three of these athletes are gone – and they may be for some time.

LaMelo Ball Gave The Hornets Some Signs Of Life

LaMelo Ball Is Looking Like His Usual Self Again

The Hornets Get Another Painful Injury Update

The Hornets Are Hoping For A Superstar Return

The Hornets Are Still Missing Their Biggest Star

3 Reasons To Watch The Charlotte Hornets This Season

The Hornets Get An Update On LaMelo Ball

The Hornets Remain Iced Out Of An NBA Honor

LaMelo Ball Taking On A New Hornets Legacy In 2022