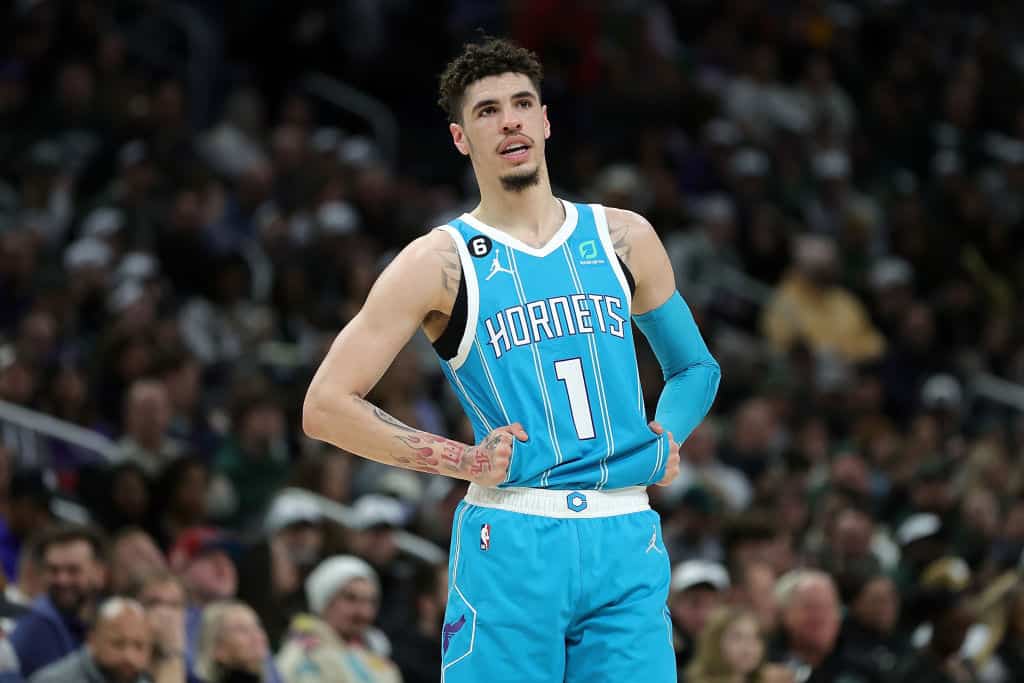 The Charlotte Hornets may have just lost their best player – again.

With about nine minutes left in the third quarter, P.J. Washington accidentally landed on LaMelo Ball‘s ankle, which led to a left ankle sprain.

Following the injury, Ball was seen being helped off the court, limping, and not able to put pressure on the foot.

It was yet another injury for Ball, who only played in 22 games this season due to previous mishaps.

NBA writer Jerry Donatien raised a valid point that more than a few Hornets fans are thinking: “Might be time to shut it down,” he said.

There may be some truth to Donatien’s premise – maybe the Hornets should just consider this season a lost cause and stop risking another injury to their most important player.

The Hornets are the 14th team in the East with an atrocious 12-34 record.

Even if Ball stayed healthy for the rest of the season, the chances of them being able to participate in the playoffs are slim.

The team still has a promising future, mostly because of Ball and his skills, but they continually risk hurting him.

It’s only January but maybe it’s time for the team to think about next season – and the upcoming draft in the offseason.

However, other fans of the team are tired of being promised greatness only for things to not come together season after season.

They’d rather the team play Ball in every game that they can, no matter the chances and the risks they run.

Head coach Steve Clifford wasn’t sure how long Ball will be out although he made it seems as if the injury wasn’t that serious.

However, this is the third time this season that Ball has hurt the same ankle.

LaMelo Ball Gave The Hornets Some Signs Of Life

LaMelo Ball Is Looking Like His Usual Self Again

The Hornets Get Another Painful Injury Update

The Hornets Are Hoping For A Superstar Return

The Hornets Are Still Missing Their Biggest Star

3 Reasons To Watch The Charlotte Hornets This Season

The Hornets Get An Update On LaMelo Ball

The Hornets Remain Iced Out Of An NBA Honor

LaMelo Ball Taking On A New Hornets Legacy In 2022