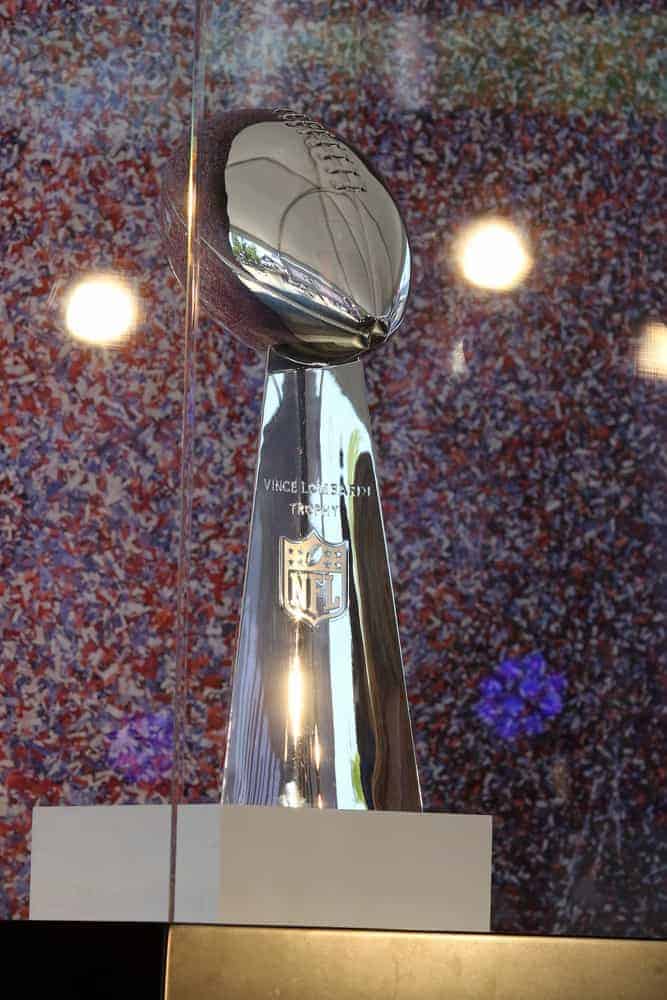 It is too early for April Fool’s Day so please read this story knowing that it is not a joke.

By now everyone has seen the Tampa Bay Buccaneers boat parade commemorating their Super Bowl victory.

The footage that dominated the coverage is Tom Brady‘s trophy toss.

LOMBARDI TROPHY TOSS! Bucs QB Tom Brady threw yet another perfect pass — but this time, it was the Lombardi Trophy that he tossed to teammates in another boat in the middle of the parade! 👀🏈🐐 #GoBucs pic.twitter.com/l2ESy1y2dt

Yes, it could have turned into a bad scene, but all ended well so the party continued.

Not everyone was happy about the trophy toss.

If you’re thinking Roger Goodell, the Glazer family (owners of the Tampa Bay Buccaneers), or other players vocalized their displeasure, you’re wrong.

(They may not have especially liked it but have not commented on it.)

Now we are hearing from the daughter of one of the original designers of the Lombardi Trophy.

Her name is Lorraine Grohs, and her father Greg worked as a master silversmith at Tiffany & Company from 1967 to 1994.

He was part of the team that designed and crafted the Lombardi Trophy.

Lorraine Grohs of Fort Myers, Florida is reportedly suffering from sleepless nights because she is so irritated that the trophy was treated like that.

“I have a big history of this trophy being made by my father and it’s such an honor and I know all the craftsmen that made it when my dad was there also at Tiffany’s and it takes a lot of hard work…I’ve seen this trophy being made at the factory at Tiffany’s and it’s a beautiful trophy. My father had to chisel the seams, he had to chisel the seams by hand. There is a newspaper article that shows him working on that trophy. The ball is hand-formed and the base is as well.”

She goes on to say.

“I only watch the game to watch the trophy come out. I like to see all the owners and the football players just hold it up with such pride and hold it up and show everybody and I get goosebumps…. like right now I’m getting goosebumps.  I personally would like an apology, not just to me and my family and the other silversmiths but to the fans, all the football fans the other team players.”

Of course, Lorraine Grohs feels pride and kinship with the memories associated with the Lombardi Trophy.

But it is none of her business what the winning teams do with it.

If anything, the trophy has received far more publicity than ever because of the toss.

Whether you agree with the toss or not, it was done in good fun and thankfully turned out well.

It is surprising we didn’t hear from Grohs in 2019 when Rob Gronkowski used the Patriots trophy as a bat to bunt a baseball.

This caused a permanent dent in the trophy.

Given the fact that Tom Brady is one of the chief reasons the Lombardi Trophy is in the hands of the Tampa Bay Buccaneers, it seems unlikely that Grohs will receive an apology.

Tom Brady Could Chase A Special Milestone In 2023

Stat Indicates Mike Evans Is A Hall Of Fame Lock

Tom Brady Has An Unbelievable Lifespan In The NFL

Is It Time For Tom Brady To Retire Again?

Video Shows Just How Bad Sunday Was For Tom Brady

Should Fans Be Worried About Tom Brady After A Blowout Loss?