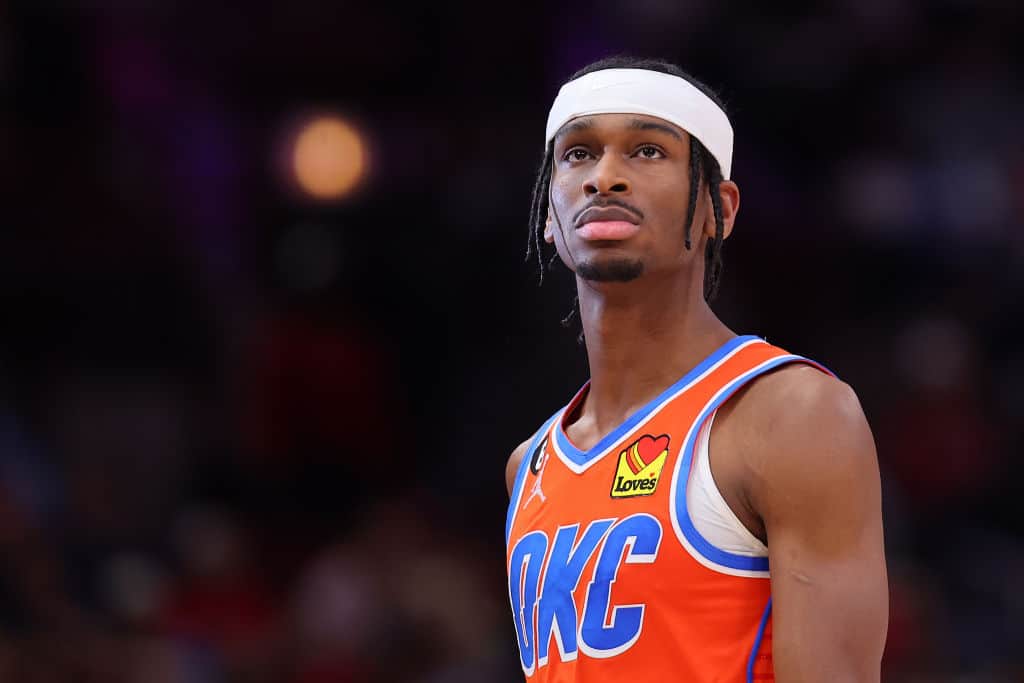 The Oklahoma City Thunder had perhaps their most impressive win of the season on Sunday night when they took down the number-one seed Denver Nuggets with a close 101-99 victory.

As expected, the Thunder’s biggest stars were in fine form, including Shai Gilgeous-Alexander.

He produced a team-high 34 points for OKC which surpassed the Nuggets’ Jamal Murray who had 26 points.

Shai Gilgeous-Alexander in each month this season:

No one should be shocked by Gilgeous-Alexander’s spectacular showing because he’s been doing this all season long.

During the first month of the season, he was averaging 31 points, 5 rebounds, and 7 assists on 50% shooting.

When the season started, people stated that he was producing numbers that made him a possible All-Star, even a potential MVP.

But everyone waited to see if the terrific start would burn out and Gilgeous-Alexander would come back down to Earth with some more average numbers.

He hasn’t done that yet.

In fact, he has gotten better in many ways and his team is more competitive than ever.

They have won their last seven of nine games, taking down teams like the Dallas Mavericks, Philadelphia 76ers, Brooklyn Nets, and now Nuggets.

But there is no doubt that the team’s special weapon is SGA, who is leading the way and showing just how much promise he and his team have.

The Thunder May Have A Surprise Playoff Advantage

Thunder Fan Makes A Bold Declaration About The Rebuild

The Thunder Have Put Tanking In The Rearview Mirror

The Thunder Have Been On A Roll Lately

The Thunder Impress With Their Recent Wins

The Thunder Have Been Making A Lot Of Noise

Is The Thunder Win Against The Celtics The Surprise Game Of The Year?

The Thunder Made Franchise History On Tuesday Night

Thunder Star Is Scoring When It Counts Most

Thunder Star Has Been Consistently Great

The Thunder Went Hard Against A Rookie Superstar

Thunder Star Is Making A Lot Of Noise This Season

3 Reasons To Watch The Thunder This Year

Chet Holmgren Is Still Working Hard While Out Injured