You are here: Home / Sports / NBA / The Nets Are Adjusting To Life Without Kyrie Irving 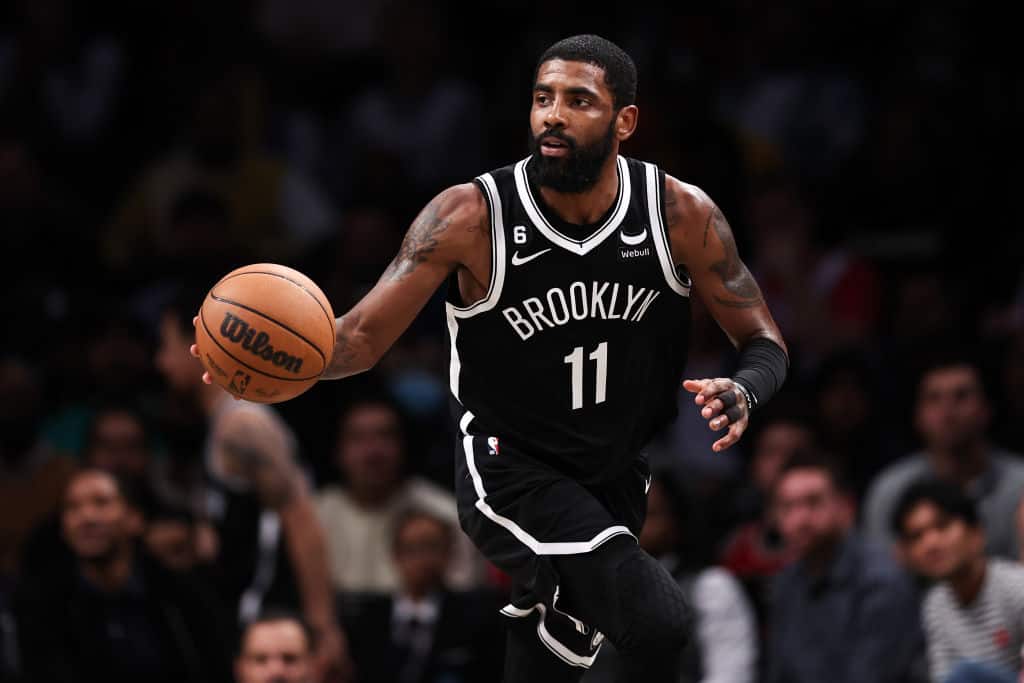 Brooklyn was scoring from all over, with Kevin Durant putting up 29, Seth Curry scoring 23, Edmond Sumner getting 18, and Nic Claxton going for a dozen.

Even Ben Simmons had some good moments during his 6 points and 9 rebounds.

The team was doing quite well and they did all of this while missing one crucial part of the lineup: Kyrie Irving.

Irving is still serving a suspension from the team due to the promotion of antisemitic content on social media.

There is no doubt that Irving is a wonderful player but there is also no doubt that the Nets are seeming to find their footing without him.

With Irving, the Nets won 2 games out of 8 and were 18th in offense and 29th in defense.

Now, with Irving gone, the team has won 3 out of 4 and is 7th in offense and 1st in defense.

What does this mean for the future of the team?

Nets Not In Need

What will happen to Irving and his spot on the Nets?

No one is really sure.

It sounds like the team is open to the idea of Irving returning, although he may be traded in the near future.

There would be a lot more pressure on the front office to retain Irving if the team had fallen apart without him.

But that simply isn’t the case: instead of suffering without Irving, they are coming together.

So, why wouldn’t General Manager Sean Marks get rid of the headache that is Irving in a big trade that makes the team even stronger?

It might be hard to find a new home for the player but the Nets could still get a good return for him.

Is Jacque Vaughn The Right Coach For The Nets?

Ben Simmons Has Been Lacking For A Long Time

The Nets Decided On Their Next Head Coach