You are here: Home / Sports / NBA / Is Kevin Durant Overrated? (3 Reasons He Is Not)

Kevin Durant has been playing in the NBA for 14 seasons now and has been a pivotal part of the Oklahoma City Thunder, Golden State Warriors, and now the Brooklyn Nets.

He has been selected to play in 10 All-Star Games, won Rookie of the Year, NBA MVP, and is a two-time Finals MVP as well.

Of course, he has also claimed two championship rings too.

Yet, despite those impressive accolades and awards, few people are as hated and debated about as Durant.

What is it about Durant that causes so much venom and is it valid: is Durant as good as some say or is he overrated?

The truth is that no matter how you feel about Durant and his personality and attitude, you cannot deny that he is definitely not overrated.

He might not be the best player of all time – he might not even be in the top five – but he is a marvel in the modern NBA.

3. The Stats Speak For Themselves

His field goal percentage average is 49.5 for his career with 38.4 percent from the three-point line.

Those are all impressive numbers, and they can’t be debated.

Durant has achieved four scoring titles since he entered the NBA and has more than 300 games where he scored more than 30 points.

In other words, he scores – a lot.

Say what you want about the type of player he is but you cannot deny that any team he plays for is greatly impacted and improved because of Durant.

2. He Carries His Teams

If you watched the NBA playoffs last year, you saw the Nets limp their way to the Eastern Conference semifinals.

In the end, they didn’t have enough firepower to stop the Milwaukee Bucks but they gave it a good shot.

And a large, large part of that was due to Durant.

In Game 7 of the semis, Durant scored an incredible 48 points, including a wild buzzer-beater that blew the roof off the Barclays Center.

That game followed Game 6 where he put up 32 and Game 5 where he created 49 points.

Durant was in the zone and was leading his team.

Actually, he was carrying them.

It’s not the first time that’s happened either: back in the day, it was repeatedly noted that Durant was the driving force behind the success of the Thunder.

Durant is consistently the top scorer on his team and is able to create and achieve all sorts of plays, making him a leader and also the most important guy on the floor.

This season is yet another example of that: even with all their struggles and missing players, the Nets are still in contention thanks in large part to Durant.

Durant is a lanky guy, with his skinny 6-foot-10 frame resembling a track star more than a basketball phenom.

Yet even with that body type, he is still a very versatile and threatening player on both sides of the court.

Durant can create points from inside the paint, mid-range, the three-point, and free-throw line.

It’s not uncommon for him to sink ridiculous shots from just about anywhere.

You know what to do.

He is also known for his superior defensive skills and his fearlessness to gain rebounds.

Durant can be found all over the court and can get stuff done no matter where he is.

He has a mastery of the game that isn’t seen often.

Even if he isn’t the best of all time, he’s certainly without a doubt one of the best to do it right now.

Whenever you doubt Durant, ask yourself this: do you want your team playing against him?

The answer to that is almost always a definitive “no” – there are many reasons for that. 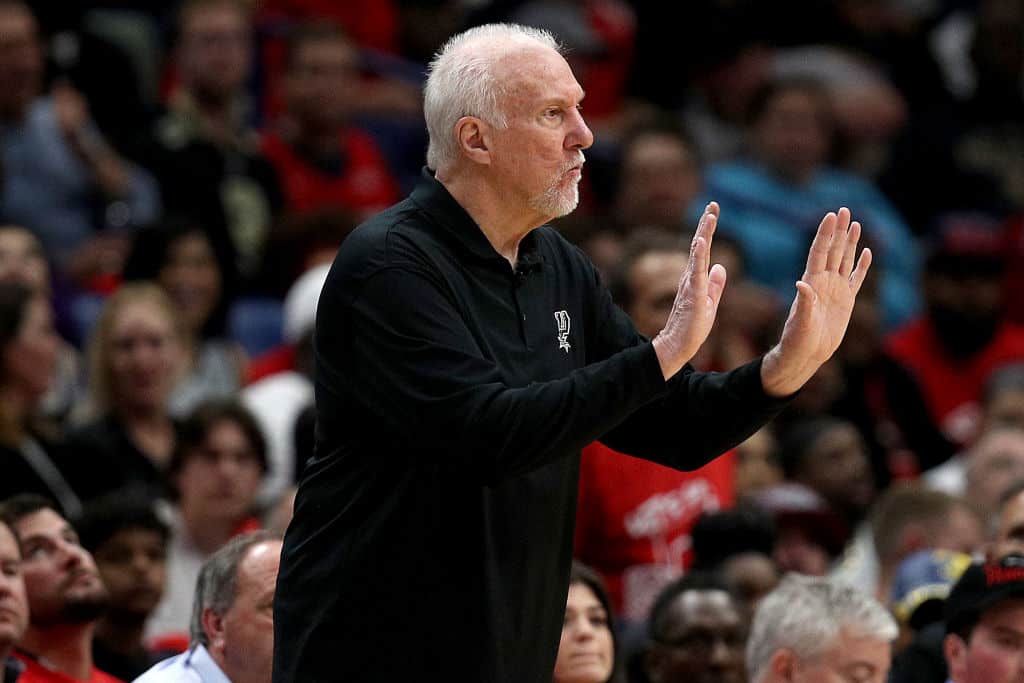 Is Kevin Durant Overrated? (3 Reasons He Is Not)