San Francisco Giants star Brandon Belt is currently on the shelf due to a thumb fracture.

He suffered the injury this past Sunday against the Colorado Rockies, and he was placed on the IL a couple of days later.

An x-ray revealed a fractured thumb for Brandon Belt.

Belt’s injury is a disaster for San Francisco, and it came at a really inopportune time.

It remains to be seen how long the team will be without him, but depending on how the Giants’ postseason unfolds, there’s a chance we won’t see Belt again this year.

The Athletic recently offered a report on Belt’s outlook for the remainder of the season.

The news probably wasn’t what Giants fans were hoping for.

“The team did not announce a timetable for his recovery and return, but The Athletic has learned that Belt’s prognosis is four weeks, which would cover most of the postseason until the World Series,” wrote Andrew Baggarly and other members of The Athletic’s staff. “The timetable is specific to the bone healing, not for a complete return to function. Belt, who was placed on the 10-day injured list Tuesday, will be evaluated week to week.”

The latest the World Series could go is Nov. 3.

If four weeks is an accurate timetable for Belt’s return (starting from the time of The Athletic’s report), then he could theoretically be back by Oct. 26.

That would give him a chance to play in the World Series.

But the Giants would have to get there first, and without Belt, that might be a tall task.

The NL is loaded with title contenders.

San Francisco may very well have to face the 100-win Los Angeles Dodgers right off the bat in the NLDS, and doing so without Belt sounds like a daunting mission.

Dodgers/Giants NLDS going to be an all-time series.

After that, a date with the Milwaukee Brewers in the NLCS would be a possibility.

But let’s not forget that this Giants team wasn’t even supposed to be here, and they aren’t going to walk away from a challenge.

The club has been doubted all season, so this isn’t unfamiliar territory.

What Exactly Are The Giants Losing In Belt?

Belt was working on one of the best years of his career before his injury.

Brandon Belt launches No. 2️⃣3️⃣6️⃣ into the second deck

The 2021 Giants have hit the most homers in a single season in franchise history 💪 pic.twitter.com/pec1h94zOm

Luke Hooper of FanGraphs recently offered some insight into how the Giants might go about filling the void.

“I have a feeling we may see both [LaMonte] Wade and [Darin] Ruf start against righties, with the former in a corner outfield spot, where he has more experience than Ruf, and the latter at first base,” Hooper wrote. The right-handed hitting Wilmer Flores is another option at first, especially until Ruf returns; his 118 career wRC+ against lefties and a career-high walk rate have earned him plenty of playing time this season.”

Clearly, San Francisco has no shortage of options.

And if the team plays its cards right, then it might be able to get by without there being a huge production drop-off in Belt’s absence.

Anytime you remove an All-Star-caliber player from a team’s lineup, you can’t expect there to be a seamless transition.

The Giants have the sixth-best offense in baseball, averaging 4.96 runs per game, but we’ll have to wait and see if that sort of production continues without Belt.

Belt is a free agent after the season.

He has spent his entire career with the Giants to this point, and it would be devastating for his time with the organization to end like this.

San Francisco would surely love to have him back given the way he has produced lately, but you never know.

The 33-year-old’s primary focus right now is presumably on getting back as soon as possible, hopefully in time for a World Series run. 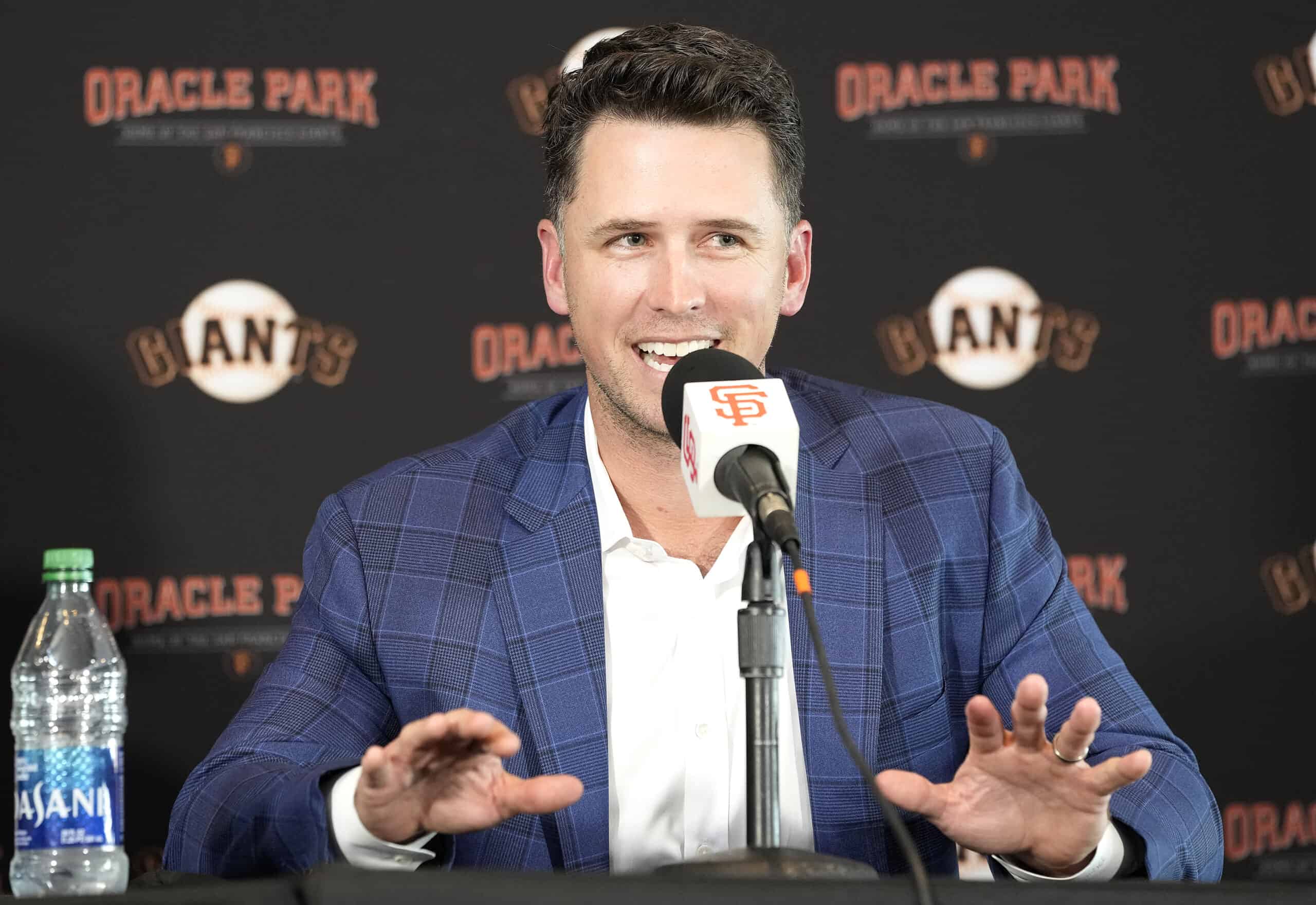 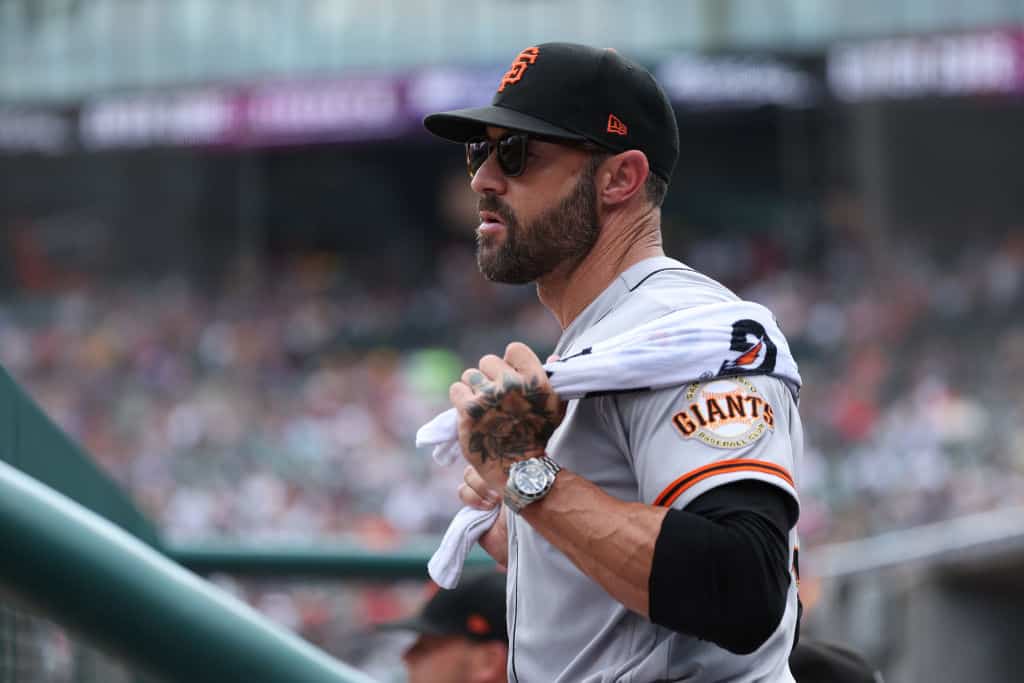 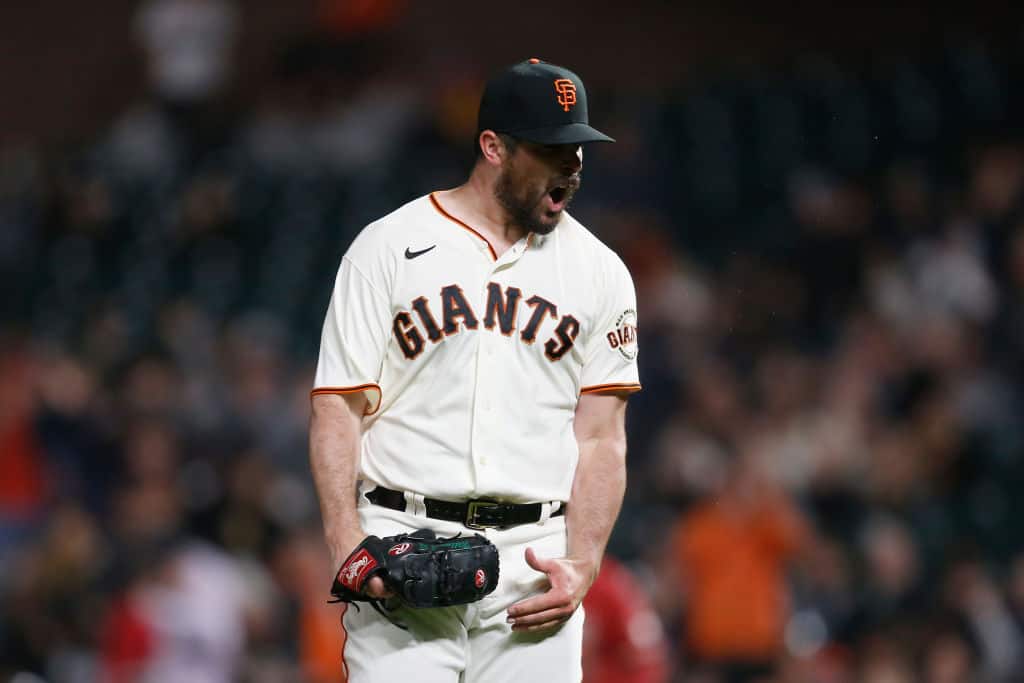 Giants Cannot Afford To Be Without Brandon Belt