You are here: Home / The Cold Spotlight / What Is Offside In Soccer? (Explained) 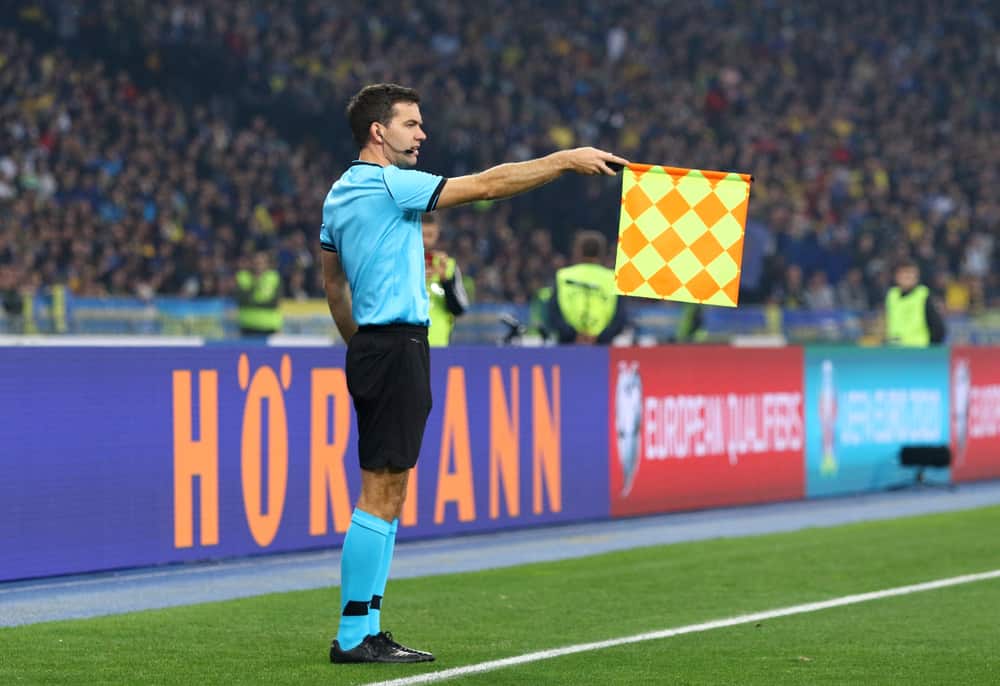 If you’re watching or playing soccer for the first time, then one call you might hear from the referee is that a player is “offside.”

It can be a confusing call if you don’t understand what being offside means.

If you’re watching a game and a player is about to score but the referee calls that he’s offside, then you might feel disappointed and frustrated.

Here’s what you need to know about what it means to be offside in soccer.

What Is Offside In Soccer? 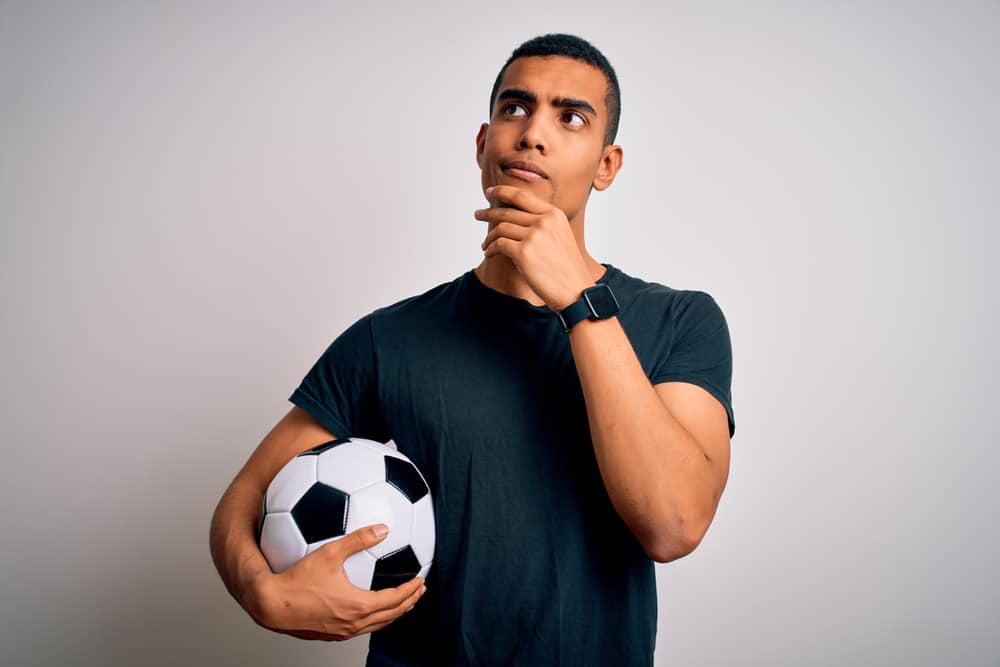 Law 11 in FIFA’s Laws of the Game describes that an offside player is one who commits a certain foul.

To qualify as being in an offside position, a few details need to be true.

First, the player must be on the opponent’s side of the field.

Second, they must be close to the goal line.

Third, any part of their head, body, or feet cannot be behind the second defensive player on the field.

This does not include the goalie since they are the first defensive player.

The second defensive player usually refers to the players in defensive positions.

Furthermore, the player is only considered offside when they touch the ball.

A player can be in that position and not be offside as long as the ball is not in their possession.

Because of the intricacies of the foul, calling offside in a game can sometimes be contentious.

Some referees have even lost their jobs for calling offside when the player wasn’t actually offside.

Because of this, it can make understanding when a player is offside quite difficult.

As long as the tenets described above are true for a player, then they’re offside.

What Are The Exceptions To Being Offside In Soccer? 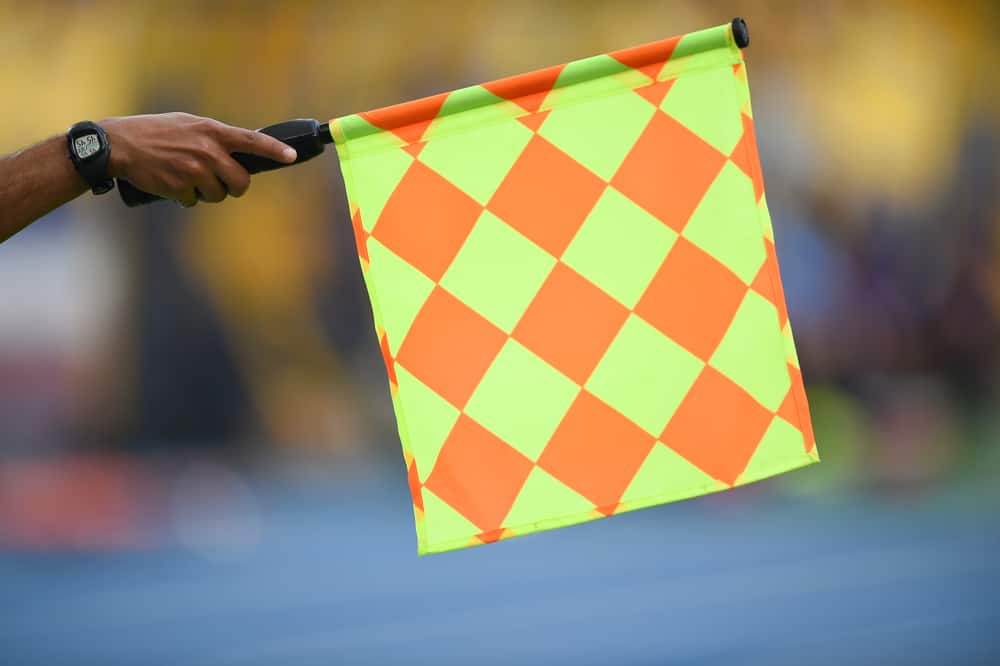 There are a few exceptions to being offside in soccer.

The first is if you’re not touching the ball.

If you’re on the opponent’s side of the field and by the goal line, then there’s a chance that you might be offside.

That’s especially the case if you’re behind the second defensive player and close to the goal.

However, you’re not actually offside until the ball comes to you.

If the ball comes to you and you’re in the same position, then you’re offside.

If the ball never comes to you, then you’re not offside.

Furthermore, if the defensive player pulls back and you’re no longer behind them, then you’re also no longer offside.

There are three other instances where you can technically be offside when receiving the ball but not punished for it.

That occurs during the following situations:

A corner kick, as its name suggests, occurs at one of the corners of the field.

Because the corners are well beyond the goal line, almost all the players could be offside the moment they touch the ball.

As such, corner kicks do not immediately place players who touch the ball once it’s in play in an illegal offside position.

A goal kick is the same situation.

The second defensive player is usually behind the person trying to score a goal.

Goal kicks usually occur as a result of a penalty.

They allow a single player or a few players to attempt to kick a goal with just the goalie there to protect the net.

Finally, a throw-in can qualify as a legal offside position.

A throw-in occurs when the ball leaves the field of play.

Whoever kicked the ball out of bounds is unable to throw it in.

Instead, the other team throws it back into play.

If the throw-in occurs behind the goal line, then there’s a good chance that some of the players trying to receive the ball are in the offside position.

However, because it’s a throw-in, it is not an illegal offside position.

Clearly, the fact that there are a few exceptions to the offside rule can make understanding it even more complicated.

Can You Be Offside If You Don’t Touch The Soccer Ball? 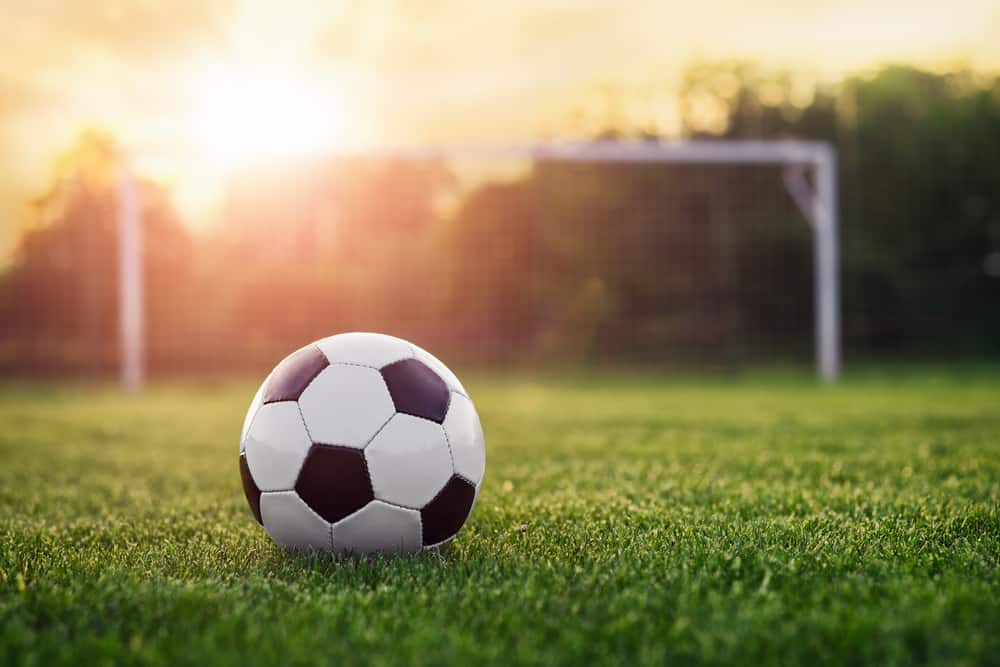 You cannot be offside unless you are touching the ball.

While you may be in an offside position, you are not committing the foul unless you touch the ball.

As an example, if you’re running down the field and hanging around the goal line, then there’s a chance you might be in the offside position.

It depends on if the second-last defender is behind or in front of you.

If the second-last defender is behind you, in that they are between you and the goal, then you are not in an offside position.

If you were to touch the ball, then you would not be committing an offside offense.

However, if the second-last defender was in front of you, in that there is no one between you and the goal besides the goalie, then you are in an offside position.

If someone were to pass the ball in this instance, then you would be committing an offside offense.

If you wanted to avoid that offense, then you would need to move to ensure the second-last defender was no longer in front of you.

As such, you can be in an offside position and as long as the ball doesn’t touch you, then you are not committing an offside offense.

Why Does The Offside Rule Exist? 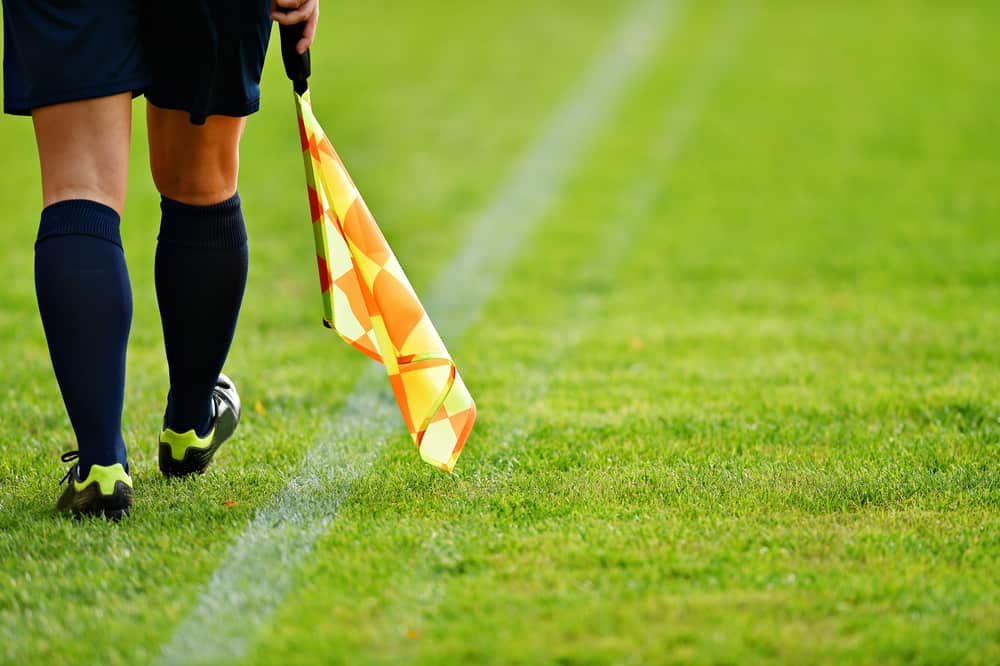 The offside rule exists to ensure that players don’t hang around the goal line.

Without the rule, players could simply stand by the goal and wait for someone to pass them the ball.

As soon as they did, they could kick the ball right into the goal with little competition.

It would make the game unfair.

As such, while the offside rule may be a bit of a pain to call, it is a necessary one.

Benefits Of The Offside Rule 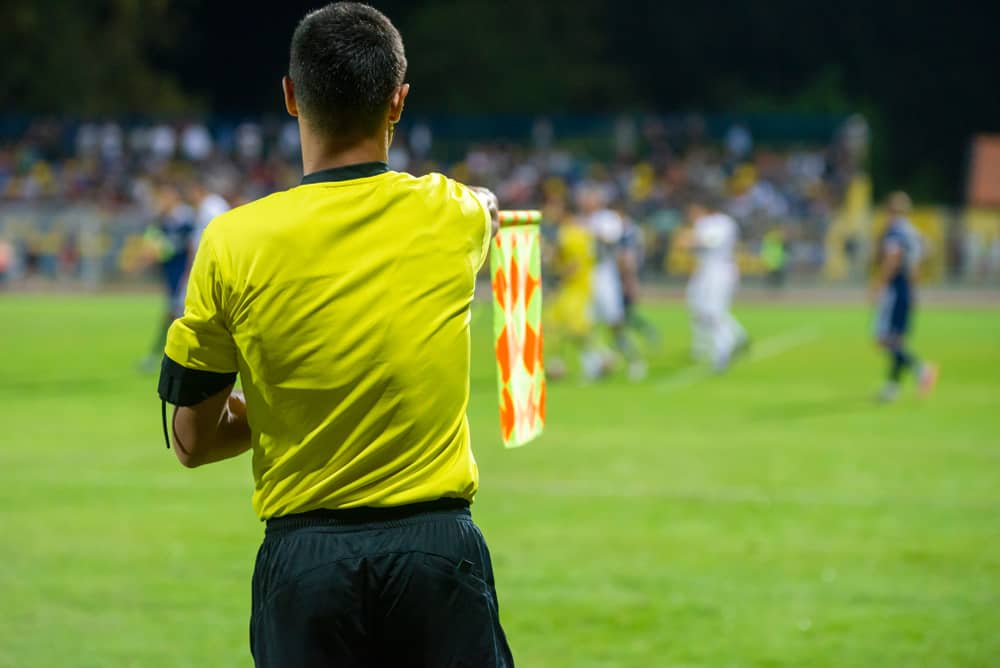 The offside rule can cause quite a few headaches among players, teams, and even fans.

It has the potential of being mistaken or abused.

However, there are typically more benefits to having the offside rule in place than playing the game without it.

Here are some of the benefits that the offside rule brings to the game.

1. Prevents Players From Hanging Around The Goal

One of the best benefits that the rule offers is that it keeps players from hanging around the goal.

Soccer would quickly become a very boring sport if all players did was hang around the goal.

Strategically, it would make sense.

Having a player or two camped out by the goal would mean that other players could simply pass to them without much opposition.

Then they could kick or head-butt the ball into the goal.

While the goalie always has a chance to defend the goal, the fact that the player or players are camped out right there would make it a difficult defense.

It also means the opposing team’s defenders would hang by the goal.

They’d have to keep an eye on the players by the goal instead of assisting the mid-fielders.

As such, the offside rule is beneficial since it prevents players from just camping by the goal.

It comes back to hanging around the goal.

A team’s defenders can only do so much when they must keep an eye on the players hanging by the goal and also prevent passes from making it to them.

It becomes less of a game of skill and more of a game of who can kick the furthest and highest to send the ball to the players waiting by the goal.

The offside rule is beneficial since it helps prevent unfair play.

The offside rule is also beneficial since it encourages players to use both short and long passes.

In the absence of an offside rule, players would mostly just kick long passes.

The objective would become sending the ball to their awaiting players at the goal as much as possible.

There wouldn’t be much of a game in that case.

Finally, the offside rule is beneficial because it encourages battles for the ball.

With the offside rule in place, it comes down to players having to battle for the ball in order to get it to the goal line.

Players can’t just pass the ball to someone waiting by the goal.

They have to battle it out.

That makes watching the game far more fun and entertaining.

Spectators get a much better view of the players’ skill and talent.

Battles in soccer are one of the highlights of the game.

How Can You Avoid Becoming Offside? 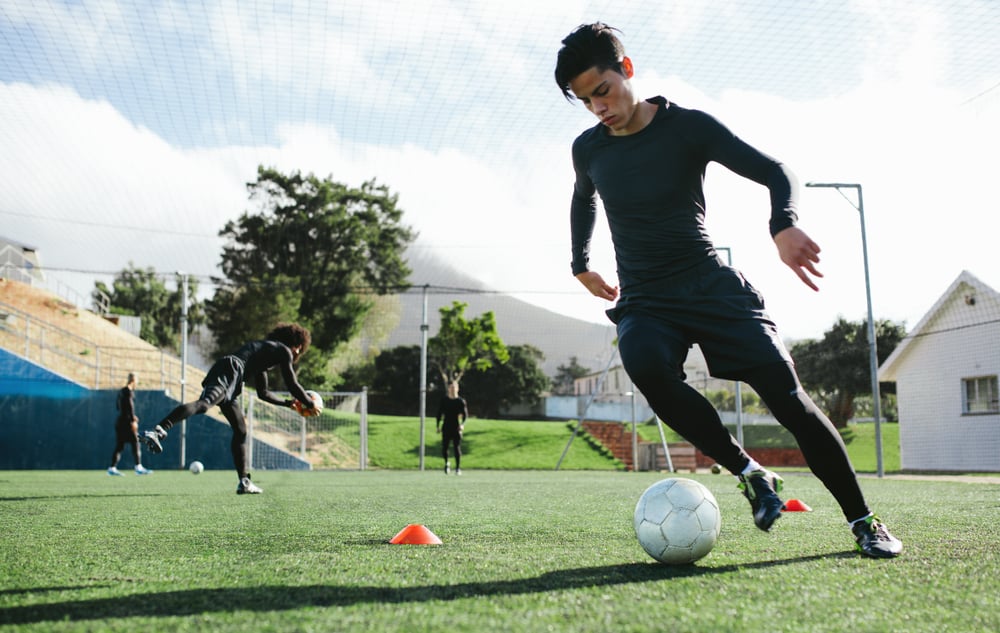 If you’re new to playing soccer, then you might have some concerns about becoming offside.

After all, scoring while you’re offside can negate your goal.

That can severely impact the team’s morale.

As such, there are a few things you can do to avoid being offside.

The first is to watch the goal line.

As long as you don’t get too close to it, then you’re not in an offside position.

Perhaps the best way to avoid being offside is to watch the second-last defender.

If they’re behind you, then you’re safe.

However, the moment they move forward and end up in front of you is the moment you end up in an offside position.

You’ll need to keep your body, feet, and head in front of them.

Last, you can also ensure that you don’t receive the ball.

You can enter the offside position, but as long as no one passes the ball to you, you’re fine.

That said, you’ll eventually want to move out of the offside position so you can help your team.

Why Do Referees Delay Calling Offside? 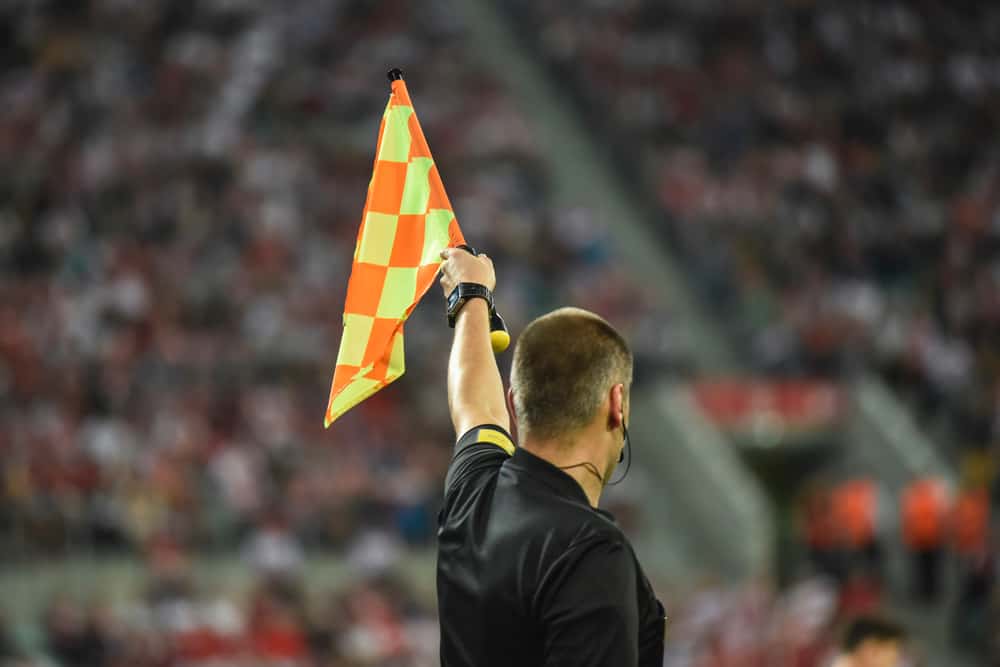 One of the most annoying parts of offside penalties is that they don’t always get called right away.

Sometimes, a referee will need to review the play to determine if a player was offside.

A referee might call for a review if they suspect an offside offense.

This then stops the game while they review the play and the positioning of the offensive player.

The review process can take some time.

That’s because referees know how contentious offside calls can be.

They want to make sure that they’re calling the right penalty.

There’s a chance that they might lose their jobs if they call the wrong thing.

As such, referees tend to take some time to determine if a player was offside or not.

Can Your Hand Or Arm Cause An Offside Penalty? 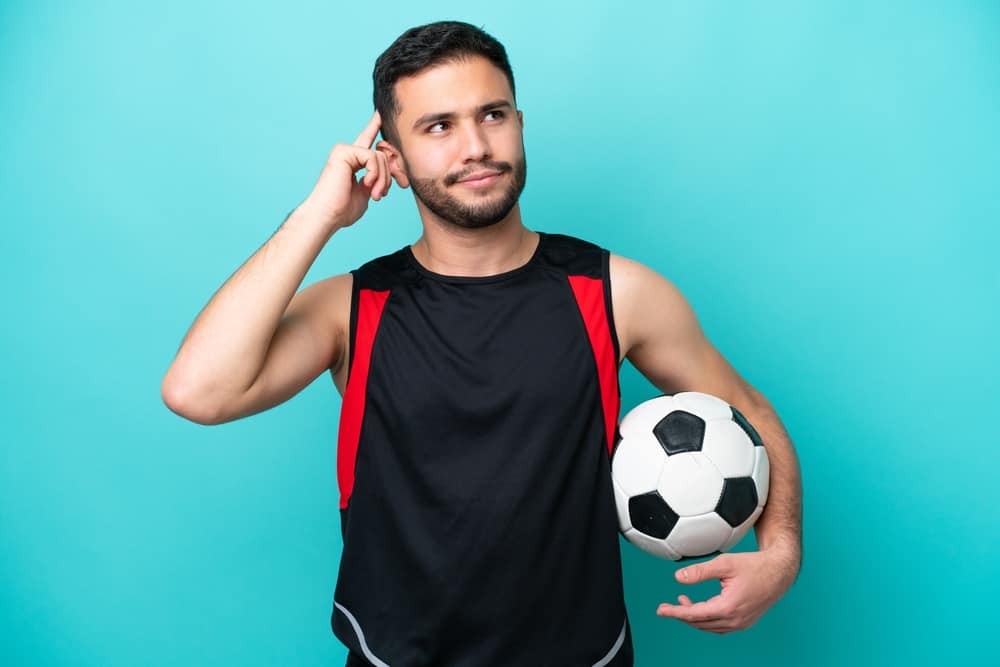 No, your hand and arm cannot cause an offside penalty.

It’s only your body, feet, and head.

If any of those body parts are behind the second-last defensive player, then you are in an offside position.

Offside can be a confusing offense in soccer since there are exceptions to the rule.

However, once you understand that it involves a player being behind the second-last defensive player near the goal line on the opposing team’s side of the field, then it becomes a bit easier to understand.

What Is Offside In Soccer? (Explained)