You are here: Home / The Cold Spotlight / What Is The Time Difference Between California And Hawaii? (Explained) 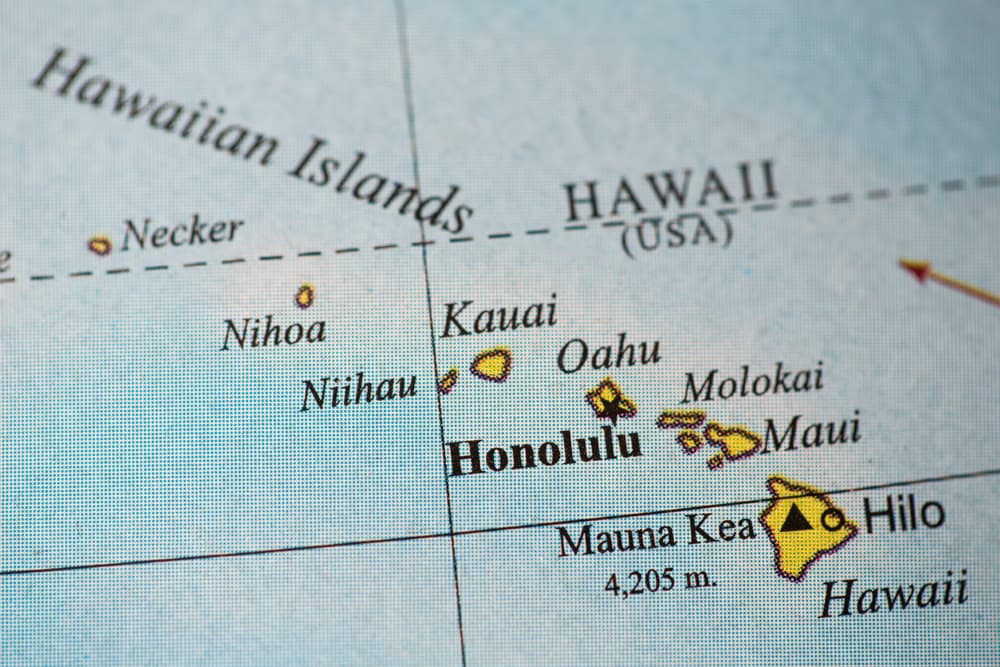 California may seem close to Hawaii, but they are actually more than 2,000 miles apart.

Hawaii is much farther west than any other area of the United States, and therefore, it’s in a different time zone.

Unlike other parts of the United States, Hawaii does not observe Daylight Savings Time.

What Is the Time Difference Between California And Hawaii? 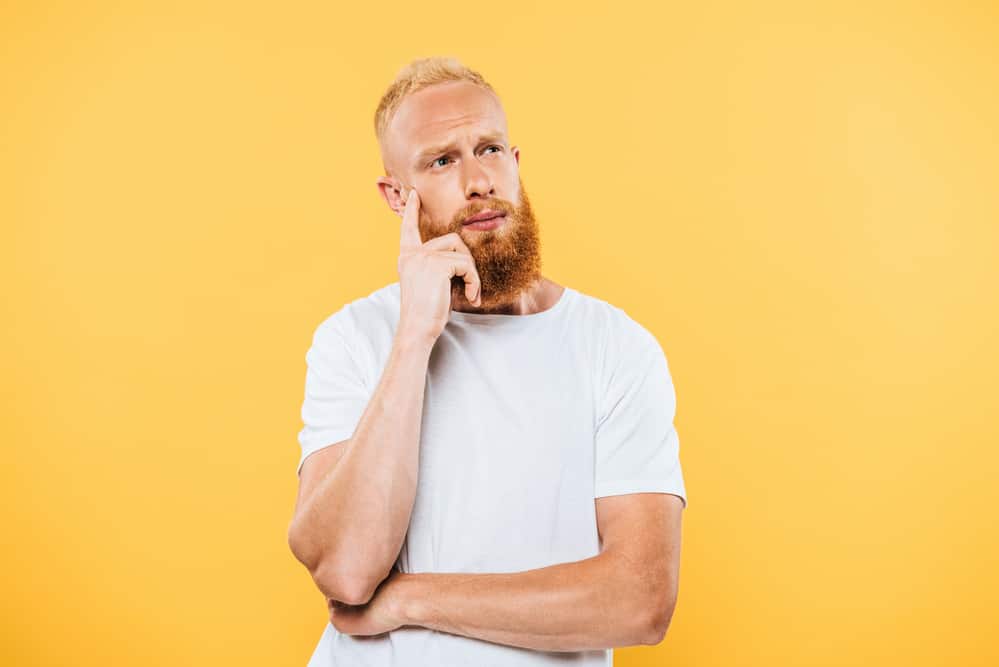 There is exactly a two-hour time difference between California and Hawaii.

When California is observing Pacific Daylight Time, Hawaii is three hours behind it.

Hawaii has two different time zones because they do not follow Daylight Savings Time.

During Standard Time in California, which runs from November through March, Hawaii, Hawaii, is two hours behind California.

What Is the Hawaiian Time Zone Called?

Hawaii is in a time zone called the Hawaii-Aleutian Time Zone.

It covers Hawaii and a portion of Alaska’s Aleutian Islands.

Unlike other areas of the United States, Hawaii does not observe Daylight Savings Time, so the time never changes.

This means that the time difference between Hawaii and other parts of the United States changes as these other states observe the time change and adjust their time accordingly.

In What Time Zone Is California?

Baja California in Mexico is also located in this time zone.

What Are The Four Main Time Zones In The United States? 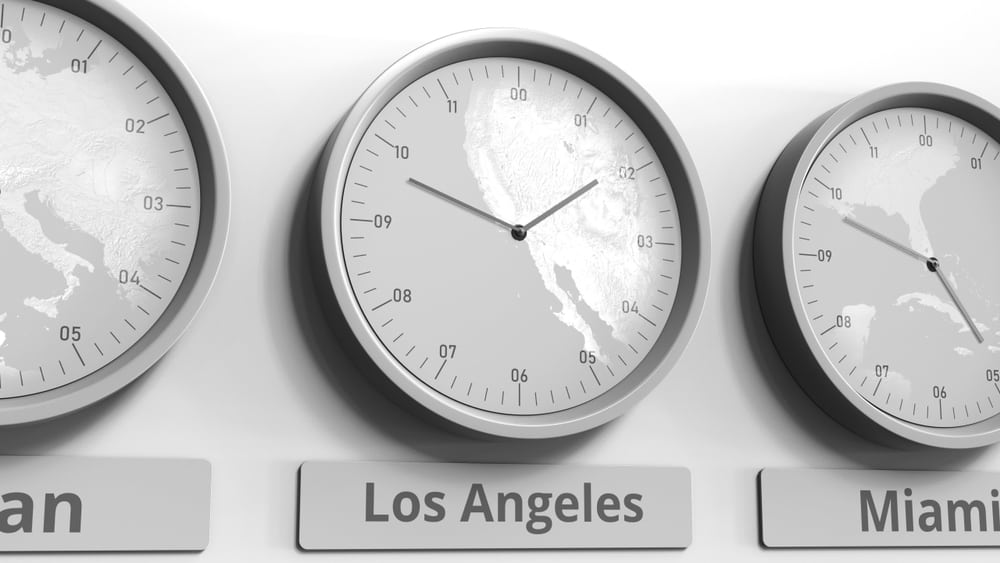 During Daylight Savings Time (DST), clocks are set forward by one hour on the second Sunday in March.

They are turned back again to Standard Time on the first Sunday in November as DST ends.

Why Are There Four Time Zones In The United States?

During the 19th century, transportation took off, and many people began to travel and ship products across the country.

This meant there was a need for a unified time-keeping system.

Many areas used the sunrise and sunset to set their clocks.

Because of the long travel times, this meant that there was very little time distance between the different states and areas between the coasts.

As transportation got faster, it became less accurate to keep time by sunrise and sunset as people were arriving at opposite ends of the country earlier or later than the sun would rise or set.

Telecommunications were also improving during this time and allowed people to make phone calls across the country.

Using the sun to determine the time made it hard to plan phone calls.

The railroads made time even more confusing as most stations would set their own times and confuse travelers who would leave one location at one time and arrive at a new destination at a time that didn’t make sense to them.

Other countries were already developing their own time zones and standards, and in 1884, the International Meridian Conference happened in Washington DC.

During this conference, a proposal was made to choose one prime meridian that would be for longitude and timekeeping and that it should pass through the center of the transit instrument at the Greenwich Observatory in the United Kingdom (UK).

The time zones were established from this proposal.

Today, different countries still use different times and base them on their own preferences and laws.

What States Are In Each Time Zone? 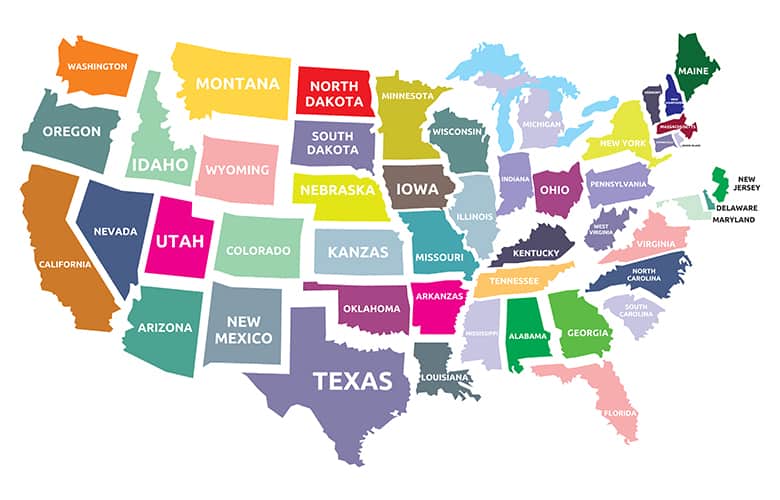 States fall into one of the four-time zones in the United States.

They maintain their time differences even when switching between Standard Time and Daylight Savings Time.

Some states are split and are made up of two time zones.

Alaska and Hawaii have their own.

The states are divided into time zones as follows:

What Is The Time Difference Between Each Time Zone?

There is one hour between each time zone moving from East to West.

That means, as you travel west, you subtract an hour from the time.

California is on Pacific time and is three hours behind New York, which is on Eastern time.

Is Hawaii Ahead Or Behind California Time? 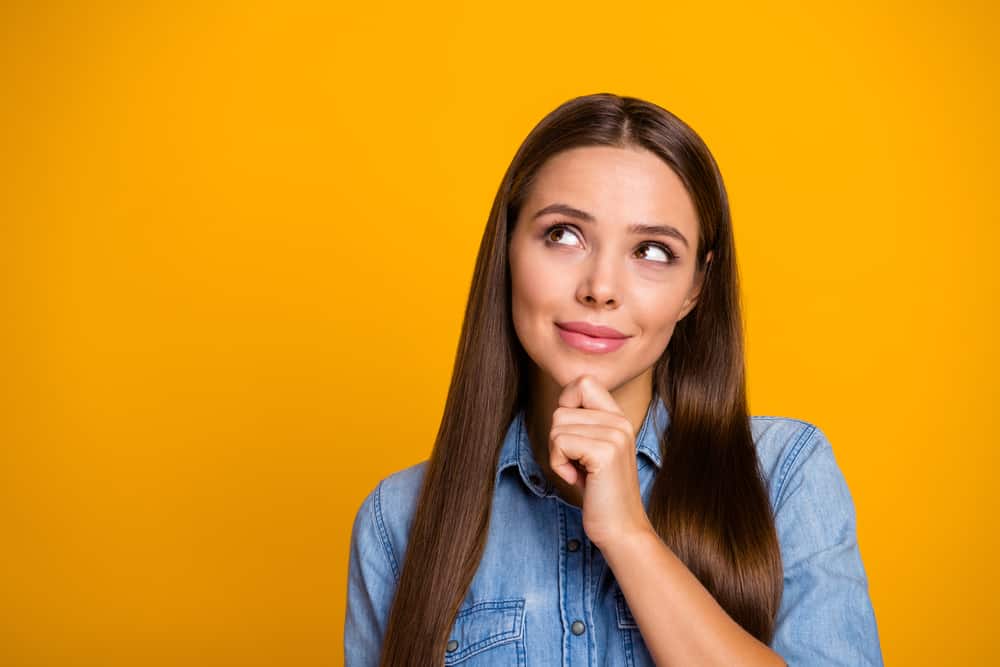 Hawaii is behind California in time.

Does Hawaii Have Two Time Zones?

Hawaii only has one time zone, Hawaii-Aleutian time.

Hawaii only has one time zone because it doesn’t observe Daylight Savings Time.

Even though it is called the Hawaii-Aleutian time, the Aleutians do observe Daylight Savings Time, so the time is not the same as Hawaiian time during some parts of the year.

Are All Hawaiian Islands In The Same Time Zone?

All of the islands that are considered part of the state of Hawaii are in the same time zone, which is Hawaiian-Aleutian Time.

Midway Atoll, which is geographically part of the Hawaiian archipelago but is not part of the state, is on American Samoa Standard Time.

How Far Away Is Hawaii From California? 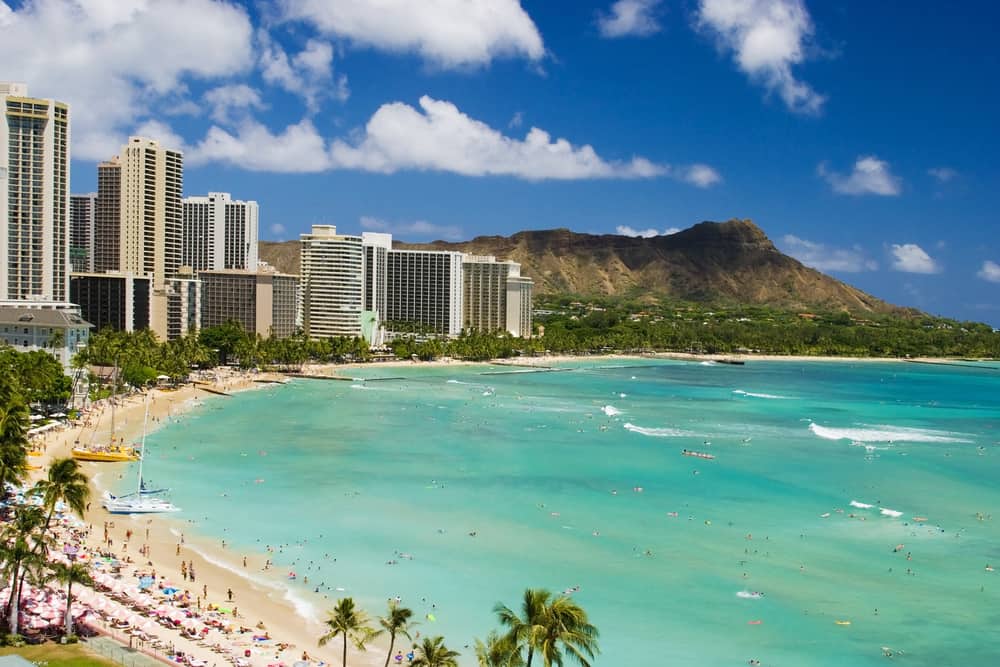 The distance from Hawaii to California is about 2,471 miles if traveling in a straight line.

It is not possible to drive from California to Hawaii because they are separated by the Pacific Ocean.

The distance is the same whether traveling by boat or plane, but it is much faster by plane.

How Long Does It Take To Fly to Hawaii From California?

The total flight time from California to Hawaii is just a little over five hours.

Flight times can vary slightly, based on the part of California or the part of Hawaii where the plane departs and lands.

The speed of the flight and wind conditions also determine the time.

Some private jets can fly much faster than commercial planes and may be able to fly from California to Hawaii in under four hours, especially with a tailwind.

Why Does The United States Observe Daylight Savings Time? 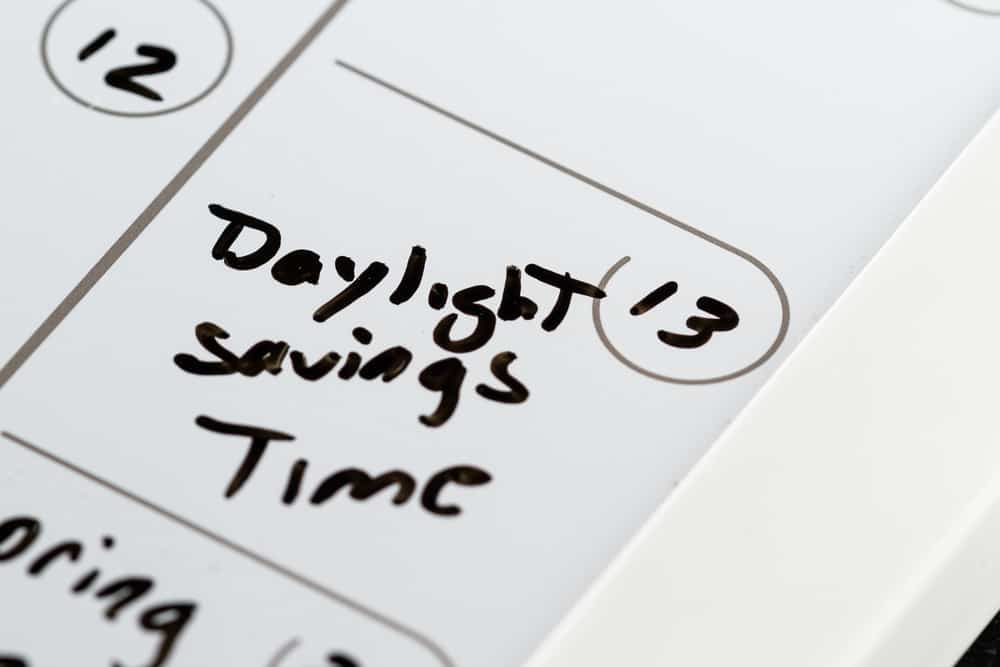 The idea behind Daylight Savings Time was to maximize daylight during the hours that people are awake.

Since it gets darker earlier and daylight sooner in winter months, it makes sense to set clocks back, so people wake up earlier and have more daylight time to work and get things done.

Daylight Savings Time is observed by many countries around the world, but many others choose not to observe it.

Alaska and Arizona are two other states that don’t observe it.

All other states in the United States practice Daylight Savings Time.

What States Do Not Observe Daylight Savings Time?

Hawaii and Arizona are the only states that do not observe Daylight Savings Time.

Arizona, like Hawaii, finds that it’s unnecessary to change the time because the area gets plenty of sunlight all year long.

The main reason Hawaii chooses not to observe Daylight Savings Time is its location.

There is very little variation between the amount of sunlight that occurs during the summer and winter months, so there is no need to make a time adjustment to allow residents to get more time in daylight hours.

Who Came Up With The Idea Of Daylight Savings Time? 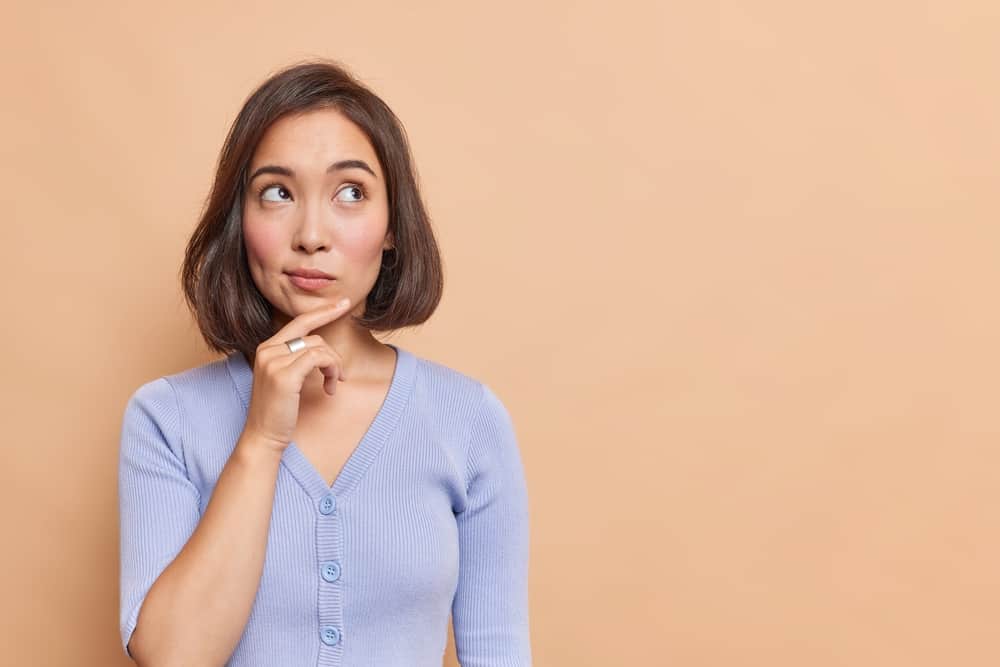 In 1784, Benjamin Franklin wrote an essay proposing the concept of Daylight Savings Time.

A man named George Hudson of New Zealand came up with a similar concept in 1895.

The United States began experimenting with Daylight Savings Time during WWI as an effort to conserve fuel.

Many people were unhappy with the change, especially farmers because it reduced the amount of time they had to get their milk and harvested crops to market and shortened their workdays.

When the war ended in 1918, Congress chose to end Daylight Savings Time.

It was reestablished during WWII and was called War Time.

By the time WWII ended, most states had adopted Daylight Savings Time even though there was no federal law to do so from 1945 to 1966.

In 1966, a Federal standard was developed, but states were still allowed to exempt themselves, as long as the entire state was not a part of it.

States that chose to observe Daylight Savings Time had to start and finish it on the dates and times set by the Uniform Time Act.

Hawaii opted out of observance because of its location and the fact that they didn’t need to change their times to allow for more daylight during waking hours.

Why Does Hawaii Have Its Own Time Zone? 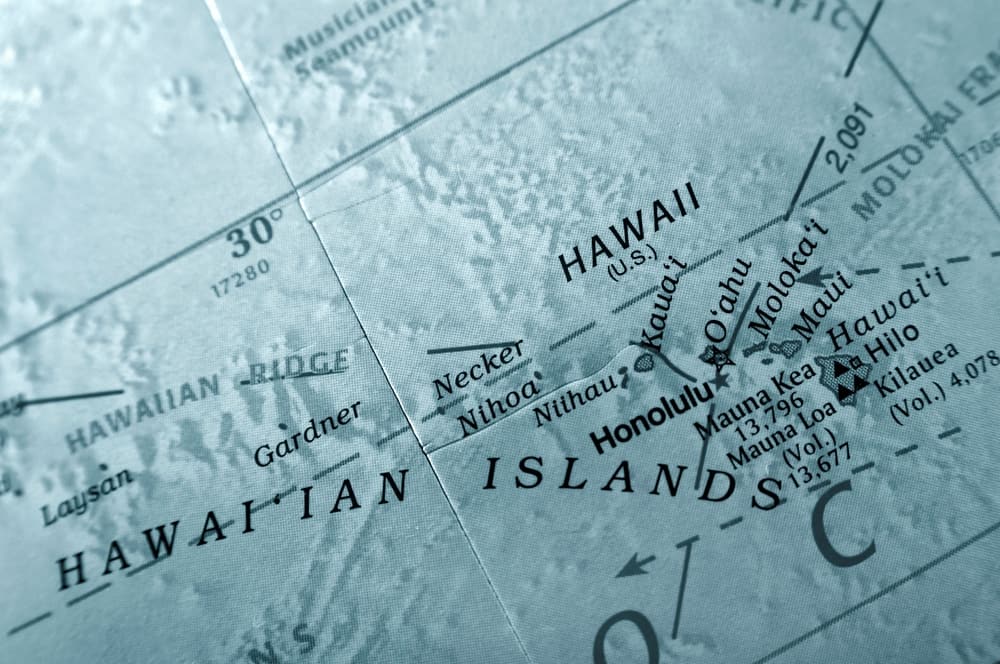 Hawaii technically shares a time zone with Alaska and the Aleutian Islands.

This is only the case for half of the year.

Hawaii does not practice Daylight Savings Time, but both Alaska and the Aleutian Islands do.

This means that, when Daylight Savings Time is in effect, Hawaii is in its own time zone.

When Did Hawaii Become Part Of The United States? 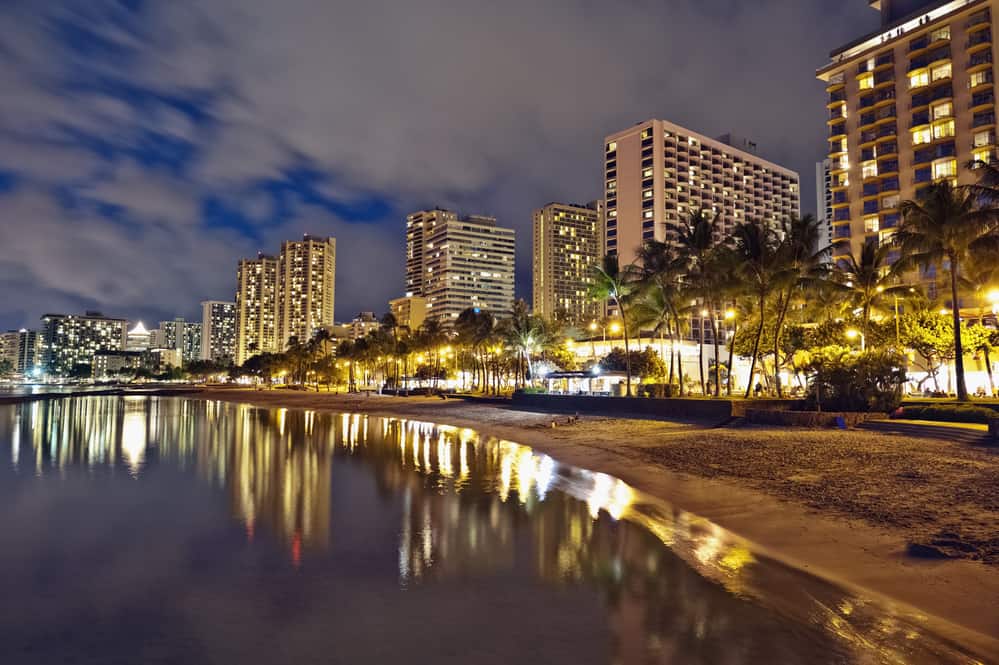 Hawaii didn’t become a part of the United States until 1959.

Until 1894, Hawaii was ruled by kings and queens and was one single kingdom.

In 1894, the Republic of Hawaii was established, and Sanford Dole became the first president.

After the Spanish-American war, President William McKinley annexed Hawaii for the United States.

Its statehood was deferred, and while it was considered a territory of the United States, political and racial views kept tensions high.

When Alaska became a state, Hawaii was given statehood as well.

How Do You Adjust To A Time Zone Change? 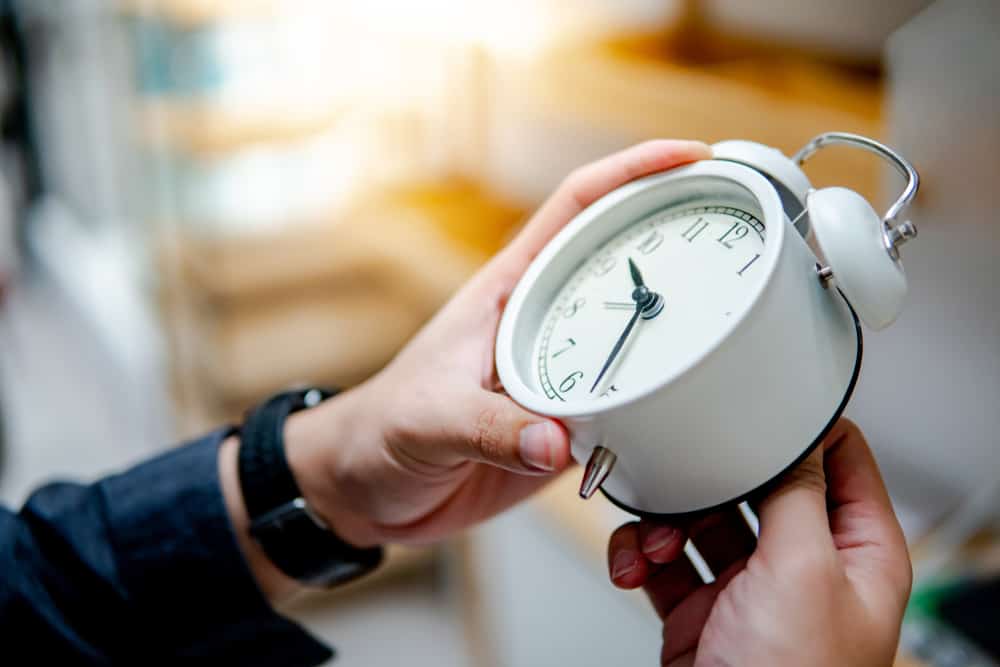 If you travel often, you may find that you move through several different time zones.

When your body is used to waking up and going to sleep at one time, it can be difficult to change that routine.

Here are some tips to help you adjust to a different time zone.

1. Adjust Your Schedule Ahead Of Time

If you are planning a trip and know you will be traveling to a different time zone, start to adjust your schedule gradually a few weeks before you leave.

Start going to be either earlier or later and waking up at the corresponding times.

Making a gradual change will allow your body to adjust more easily and will make the transition to a different time zone much easier.

2. Get Plenty Of Sunlight

No matter what time zone you are in, you will need to get plenty of sunlight.

If you are used to getting a lot of sunlight, adjust your schedule to allow you to do that no matter where you are.

3. Get A Traditional Watch

Most people have smartphones and other devices that automatically update as they move through different time zones.

If you want to be able to keep track of the time in your current location as well as the time in the time zone you just left, you will need to have a traditional watch that requires setting manually.

4. Get On Your New Schedule Quickly

As soon as you arrive in the new time zone, start to adjust, and change your schedule.

You may be tired or have jetlag, but don’t let yourself fall asleep if you are behind your original time.

If you need to fall asleep early so you can get up early, try taking melatonin.

You can also ask your doctor for a prescription sleeping medication that can help you get to sleep fast so you can get on a schedule and adjust more easily.

You can adjust your sleep schedule to your travel arrangements.

If you can sleep on an overnight plane trip and arrive in the morning at your new destination, this may make your transition easier.

What Is The Time Difference Between California And Hawaii? (Explained)