You are here: Home / The Cold Spotlight / Is It Weird To Have Cameras In Your House? (Explained) 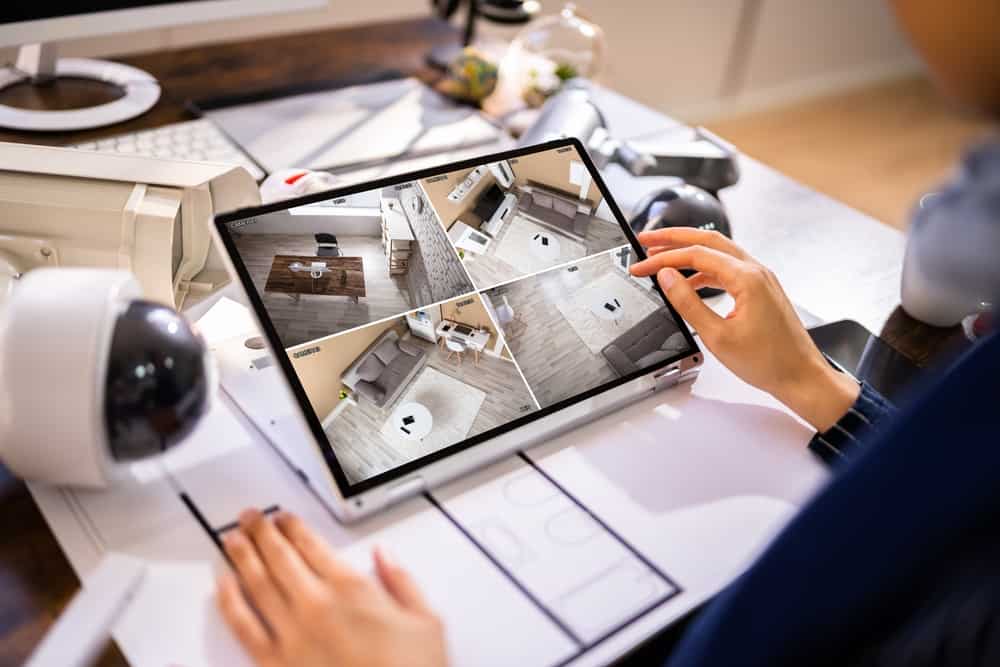 Cameras have come a long way since their infancy.

You can now find relatively cheap cameras that have night vision or even two-way communication.

Because of how powerful yet affordable video cameras have become, more people are putting them in their homes.

You may be considering putting cameras in your home as well.

However, you might also worry that it’s weird to have cameras in your home.

Is It Weird To Have Cameras in Your House? 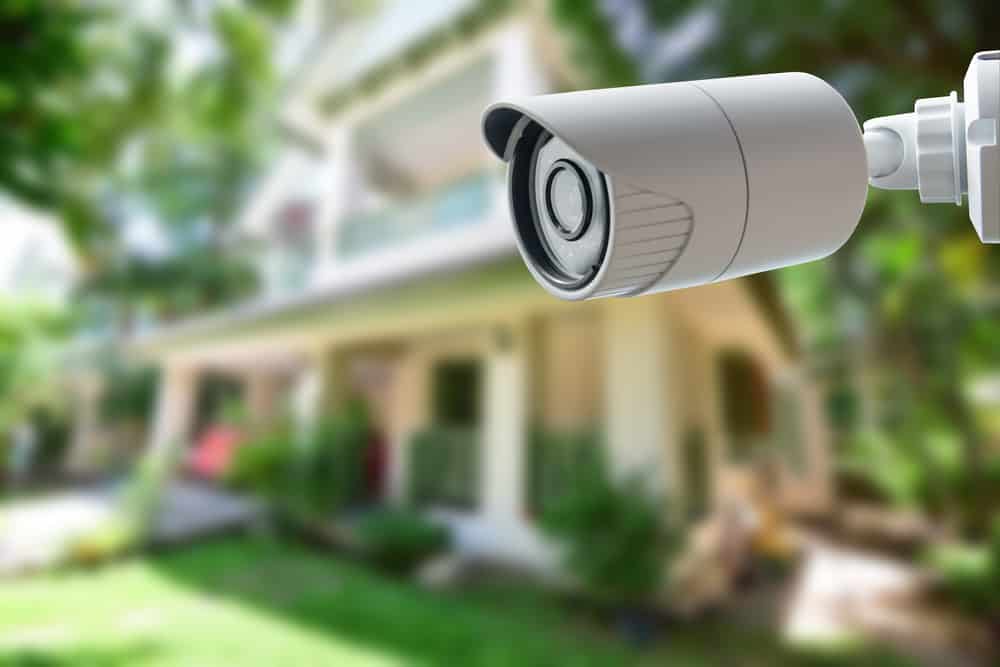 No, it’s not weird to have cameras in your house.

They can keep an eye on assets in your home and ensure no harm comes to them.

If a thief attempts to break into your home and steal something, you have it all on camera.

They’re useful for recording abusive behavior which you might use in court later.

They’re even a way of simply keeping an eye on your children or elderly parents when you’re not at home.

While there are certain areas that could likely go without a camera, having them in your home, in general, is not weird.

6 Reasons To Have Cameras In Your Home 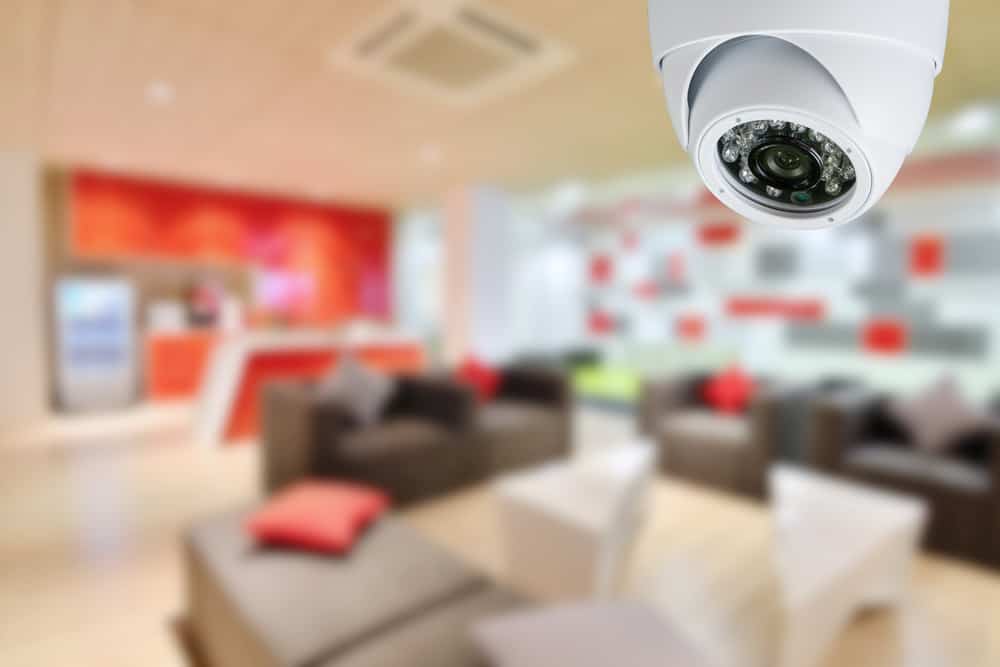 If you haven’t installed cameras in your home yet but are considering it, you may wonder what benefits or purposes they can serve.

There are quite a few reasons you should consider installing a camera in your home.

Here are some of the reasons you might want to have a camera in your home. 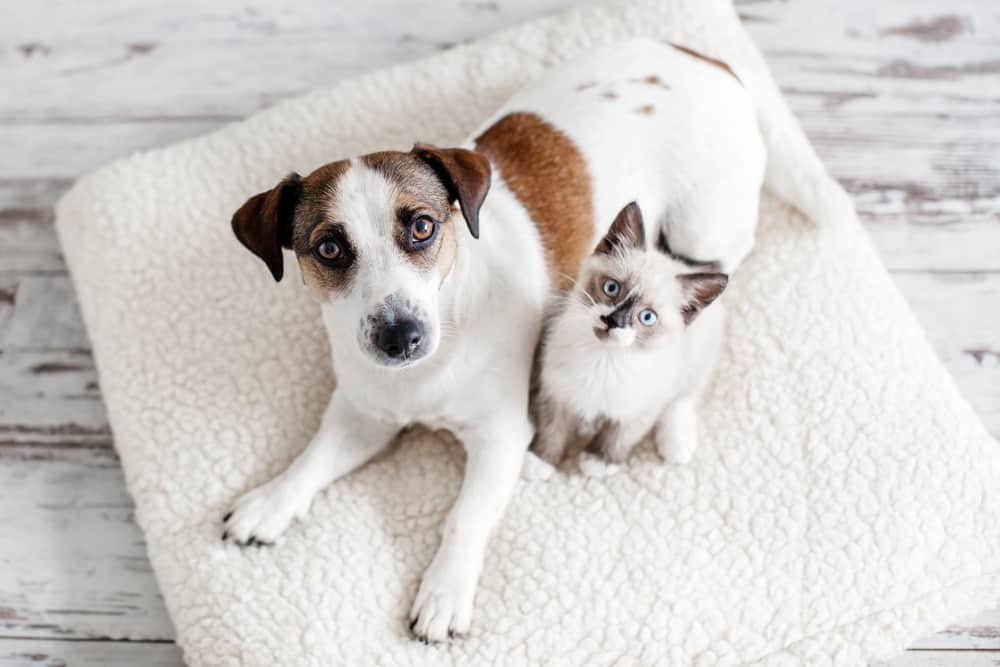 One of the reasons you should consider installing a camera in your home is that it lets you keep an eye on your pets.

Cameras have advanced considerably over the years.

They’re no longer the heavy, lumbering pieces of equipment that they used to be.

You can find video cameras that come with two-way talk and even some that have two-way video.

This is great for pet owners who have pets that suffer from separation anxiety.

You can use the camera to show your face in the room from time to time to keep them calm.

You can also speak to them, so they hear you.

Most importantly, it lets you keep an eye on them to ensure they’re safe and not getting into trouble.

As soon as your dog starts barking out the window, you can use your camera to chide them.

If the pets start fighting, you can turn on your video and scold them as if you were there.

Having a camera in the house is useful for those who have pets.

2. Keep An Eye On Children 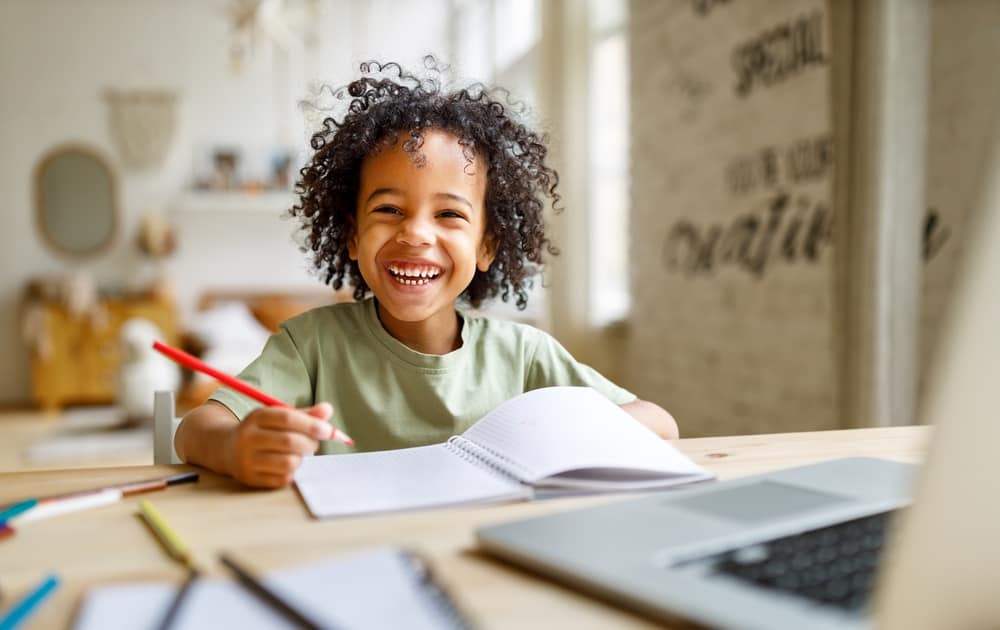 Even if you don’t have a pet, you might have a child in the house.

Cameras are also useful for homes with children in them.

It’s an extra way to keep an eye on things and ensure your children are safe.

Most importantly, it lets you be in two places at once.

You can be changing the baby’s diaper in one room while watching your toddler through the camera in the other room.

The moment something happens, you’re able to react.

Considering that children are always finding ways to hurt themselves or get into something they shouldn’t be getting into, cameras can be a helpful way for parents to stay on top of things.

Once your child is old enough to stay at home alone, you can still use a camera to ensure they’re behaving.

For example, if someone should be doing their homework but they’re gaming instead, you can remind them through the camera to do their homework first.

It’s also a way to keep them safe.

Should an intruder enter the home, you can try and scare them away or alert your child to go somewhere safe.

Cameras are extremely useful for families with children.

3. Ensure Your Expensive Gadgets Are Safe 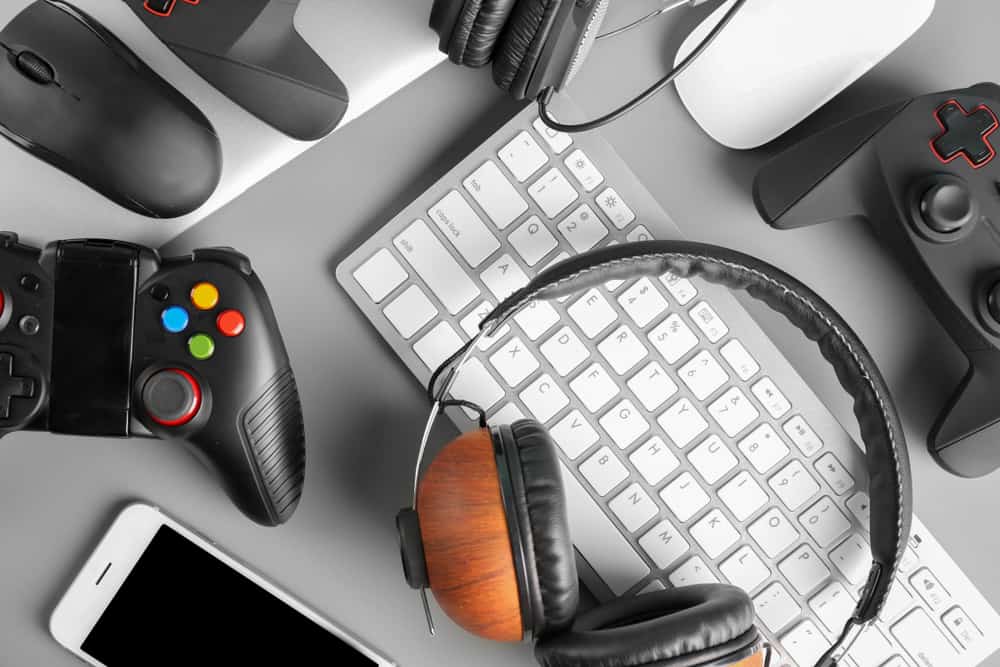 If you have a video camera, there’s a good chance that you have a few other expensive gadgets as well.

It might be a work computer, a laptop, a gaming console, or even a large TV.

In the world of smart technology, your house might be full of expensive electronic devices.

If that’s the case, there’s always a chance that someone might break into your home to steal those items.

The great thing about having a camera in your house is that you’re immediately aware of an intruder.

You have the chance of trying to scare them off by talking to them through the camera.

You can also choose to remain quiet and alert the police instead.

If the intruder remains in your home long enough, the police might even be able to catch them.

Even if they don’t, the camera is useful for identifying the criminal later.

Cameras in the house are great for keeping an eye on your expensive items. 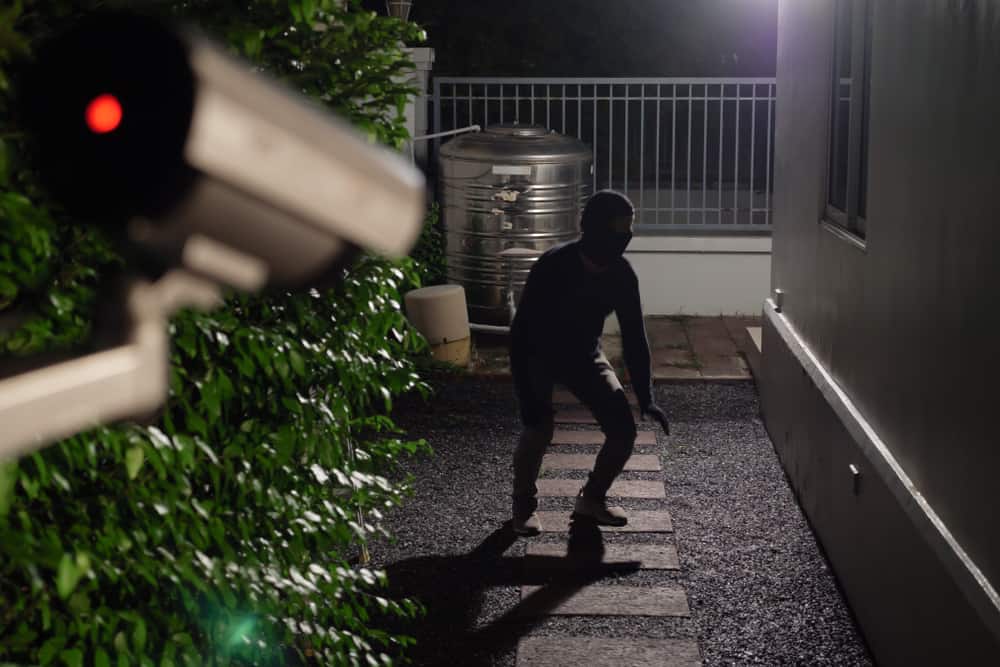 You should have a camera in your house if you live in a high-crime area.

It’s more likely than not that your home is going to eventually be subject to a crime.

It may be theft, assault, or even murder.

Having a camera can provide you with peace of mind.

For example, you might advertise that you have a camera inside and outside the house.

Criminals may be less likely to target your house because they know there’s a greater chance of getting caught there.

Most criminals don’t want the police to catch them.

They’re looking for ways to make extra money or to satisfy some unnatural need to kill.

They don’t want the police to catch them, so they can keep committing crimes.

If they know your home has cameras and it will likely result in the police finding them, they’re probably going to avoid your house.

There are easier targets.

As such, having a camera in your house might work as an effective crime prevention tool.

If the criminal does enter your home, it will be useful for supplying police with evidence.

Having a camera in your home is extremely beneficial for people who live in high-crime areas.

5. Alerts You If An Elderly Relative Needs Help 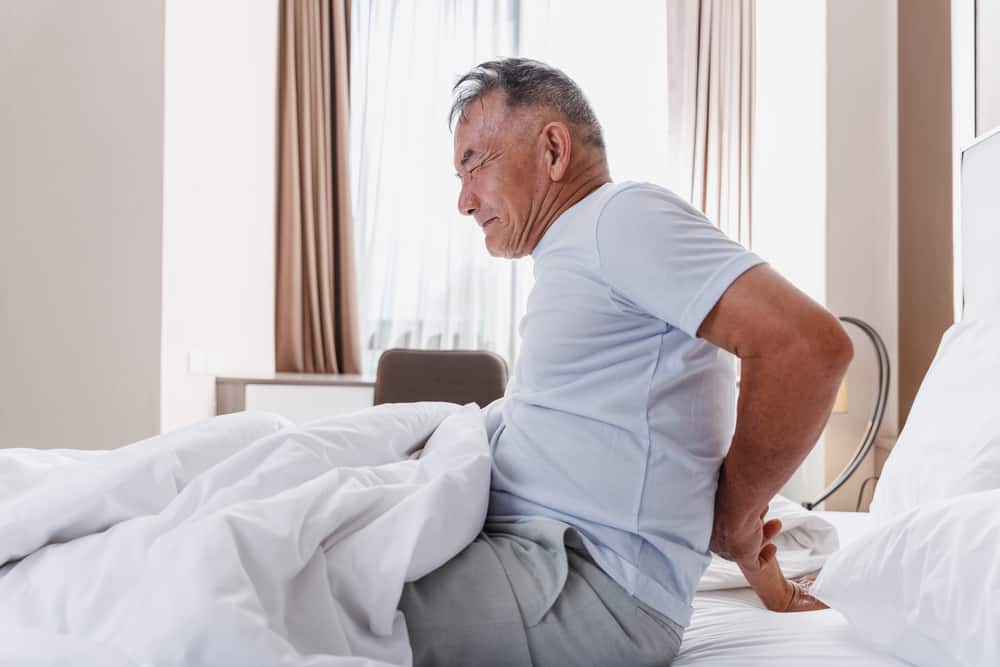 While a lot of people will use in-home cameras to keep an eye on children and pets, they’re also useful for the elderly.

If you have an older parent in the home, they can sometimes find themselves in trouble.

As the human body becomes older, it becomes a bit weaker.

It’s harder to maintain balance sometimes or remain as flexible as the body once was.

Having a camera in the house can alert you when your parent needs assistance.

For example, if you’ve noticed that they have fallen, you can immediately call emergency services to have someone check up on them.

If they appear to be suffering from some sort of medical emergency, then you’re immediately aware and can take action.

Without a camera, you might not know until you decide to check in on them or when you arrive home.

It’s also useful for those who just want to give their loved one some company.

Since cameras allow two-way talking and two-way video, you can have a regular conversation with your loved one no matter how far away they are.

It’s a way to stay in contact on a deeper level.

Having a camera in the house is useful for those with older parents.

6. Lets You Know Who’s At The Door 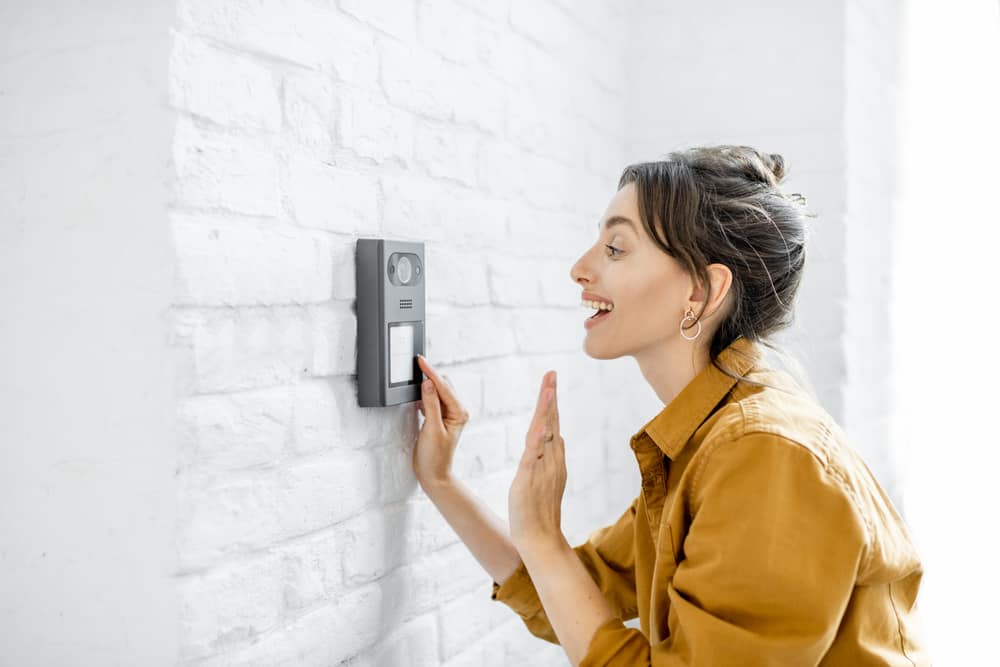 While a lot of focus goes into doorbells with cameras, they’re not your only option for knowing who’s outside your door.

As long as you have a window that overlooks your front door, you can also put a camera inside your house that’s pointed toward the door.

In this way, you can check to see who’s at the door without them knowing.

Unless they’re looking at the window to find the camera, there’s a good chance that they’ll miss it.

That allows you to secretly watch them and see what they’re doing.

That helps keep an eye out for porch pirates who aim to steal your packages.

Even if someone rings the doorbell, you may not want to answer if it’s a solicitor or a stranger.

By checking your camera, you can see if the individual at the door is worth your time or not.

It keeps you safer and makes you aware of who’s on the other side of your door.

Where Shouldn’t You Put Cameras In Your Home? 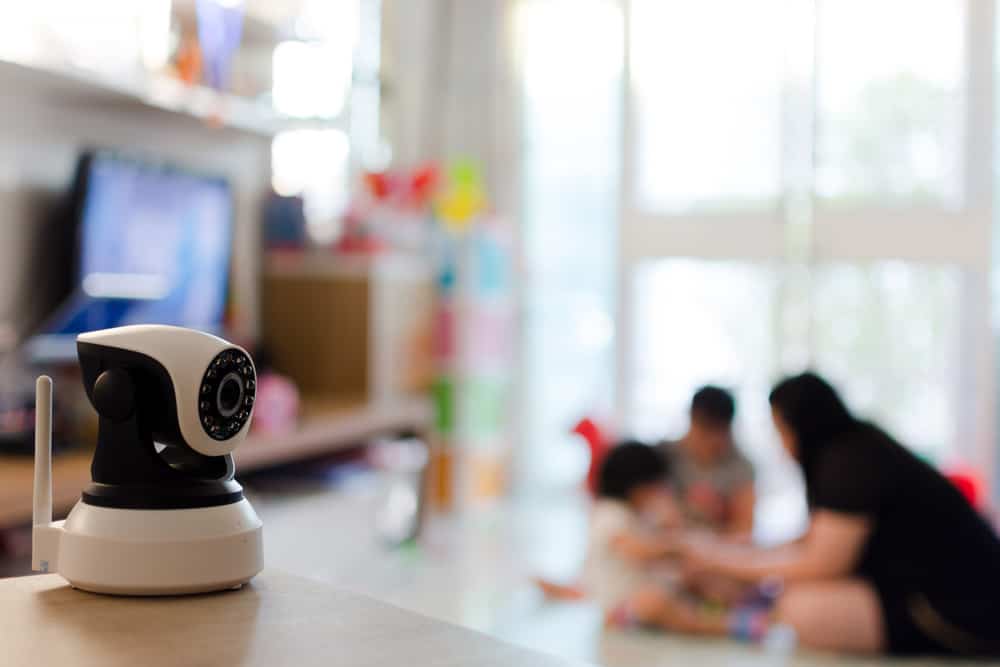 While cameras can be very useful in your home, two major areas should be off-limits to cameras.

Bathrooms are one of the biggest areas where you should not put a camera.

Bedrooms are another private area.

The only exception is a nursery with a baby.

Cameras can be useful in that regard.

They might also be useful in bedrooms with bedridden elderly parents.

That can help you remain aware of them and respond if they need help.

Otherwise, bathrooms and bedrooms should not have cameras in them.

Having cameras in the house isn’t weird.

In fact, in some instances, cameras can make your house safer.

However, certain areas like bathrooms and bedrooms shouldn’t have cameras.

That can make having cameras in your home weird.

Is It Weird To Have Cameras In Your House? (Explained)