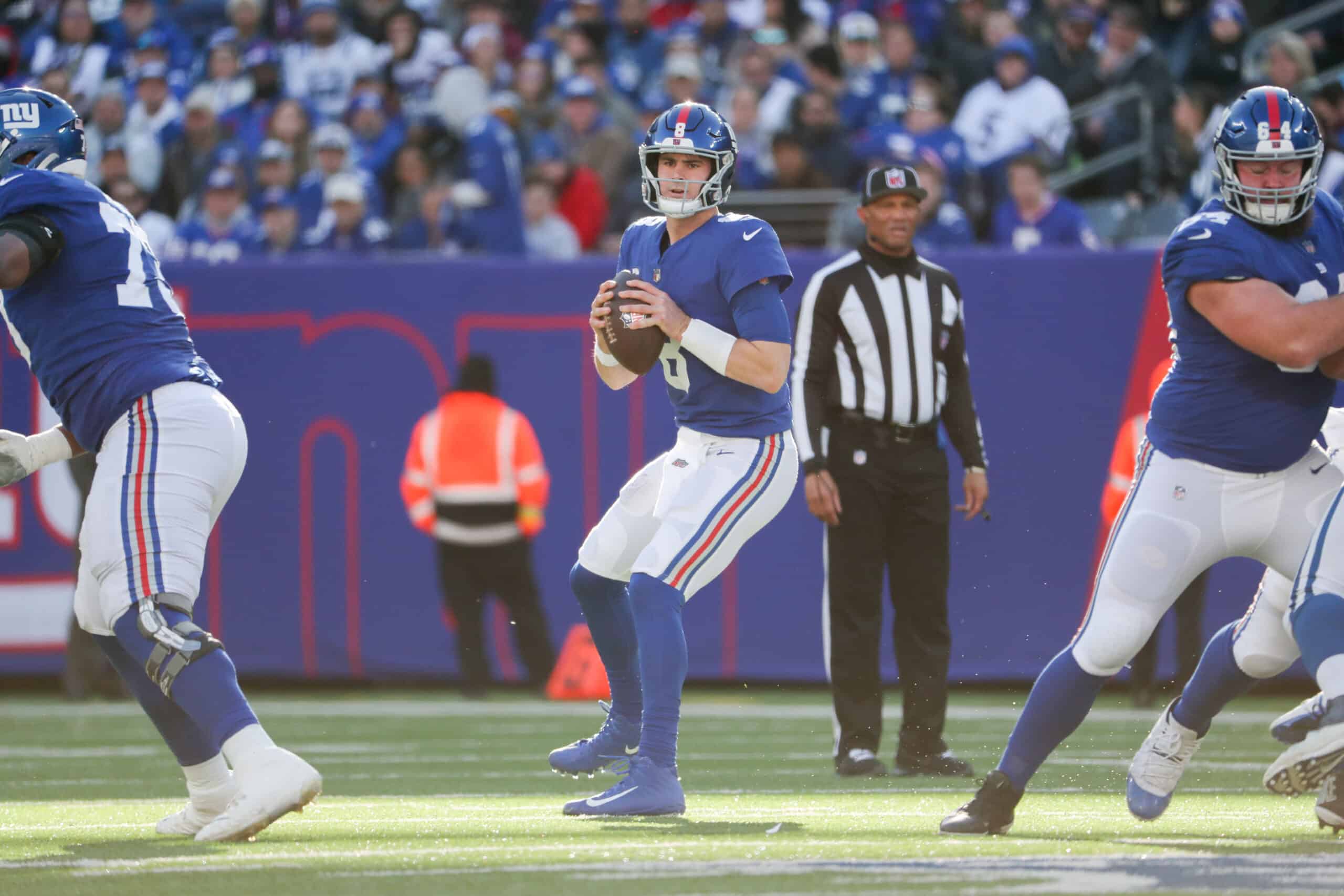 New York Giants quarterback Daniel Jones has had the best season of his young career.

After being a questionable No. 6 overall draft pick in 2019, he has worked hard to silence many of his critics.

Now, even though he doesn’t have the most shocking numbers for a quarterback, is it reasonable to place Jones in the top 10 of NFL QBs?

Daniel Jones is currently QB7 overall. He has done this with one of the most limited set of pass catchers in the league. 22 combined TDs, 4100 combined yards, and a 15-5 TD-INT ratio.

The Giants are 9-6-1 and playoff bound. Danny Dimes earned the 💰. pic.twitter.com/NgVE7y1BMc

While he is certainly a tier below players like Patrick Mahomes, Josh Allen, Joe Burrow, and Jalen Hurts, there may be a place for Jones in the second tier.

He has been able to piece together wins this season.

This has worked not only through the air, but also with his legs.

While he is 15th in passing yards, he is fifth in rushing among QBs.

This makes him one of the best dual-threat options in the sport.

However, is that enough to label him as top 10?

He is well on his way towards reaching that mark though, as his improvements this season are impressive.

While the Giants offense isn’t centered around his arm, he has been able to limit turnovers and give the team a greater chance to win.

He has thrown just five interceptions this season, placing him towards the bottom of all starting QBs.

His INT% is the best in all of the NFL, meaning that he throws the fewest interceptions compared to his completions.

On a day where Daniel Jones is reported to be in line for a contract extension with the Giants:

Oh, and leads the Giants to the playoffs.pic.twitter.com/mbspT7c7dg

Despite this, having just 15 touchdowns and 3,205 passing yards doesn’t justify a high ranking.

He is still just behind the more elite levels of QBs, but he is very close to breaking that threshold.

This was a big season for Jones, and expect it to be the start of major growth for the fourth-year QB.

2 Best Moments From The 2022 Giants Season

The Giants Should Use Kenny Golladay In The Postseason