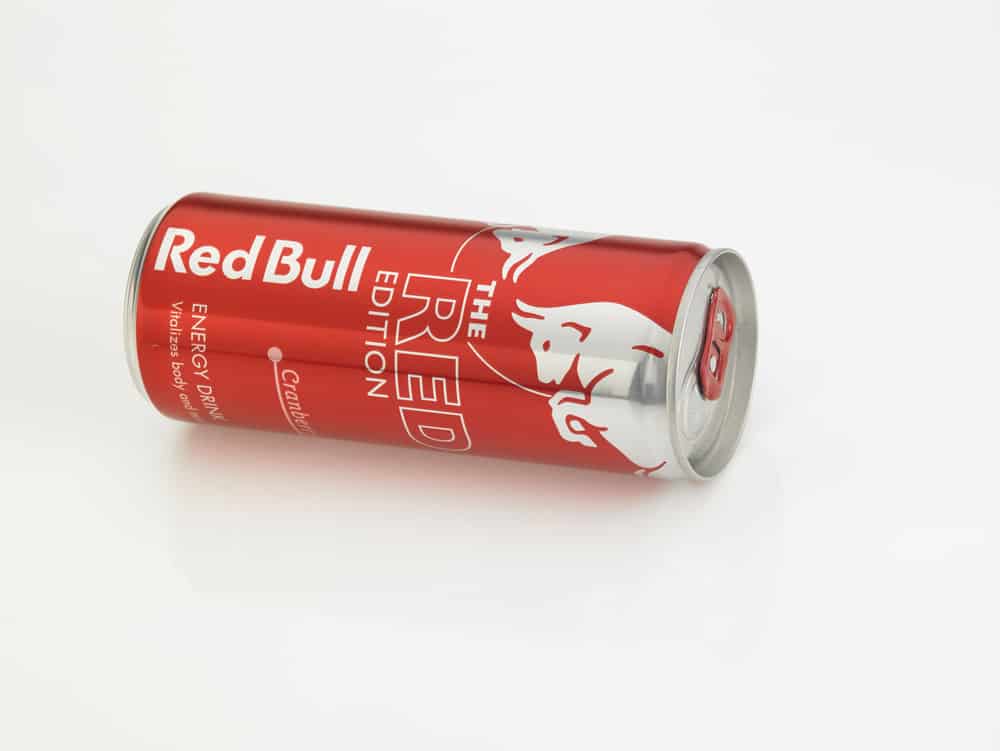 Red Bull is one of the most popular energy drinks on the market in the United States.

The brand is known for offering a wide variety of limited edition flavors, which includes removing old flavors regularly to make room for new and improved varieties.

Most recently, Cranberry Red Bull in particular has become increasingly difficult to find, and fans fear that the flavor has become yet another discontinued flavor in the company’s ever-changing portfolio.

However, it is difficult to determine if the popular beverage was officially discontinued or has been experiencing supply chain shortages amid increased demand from consumers. 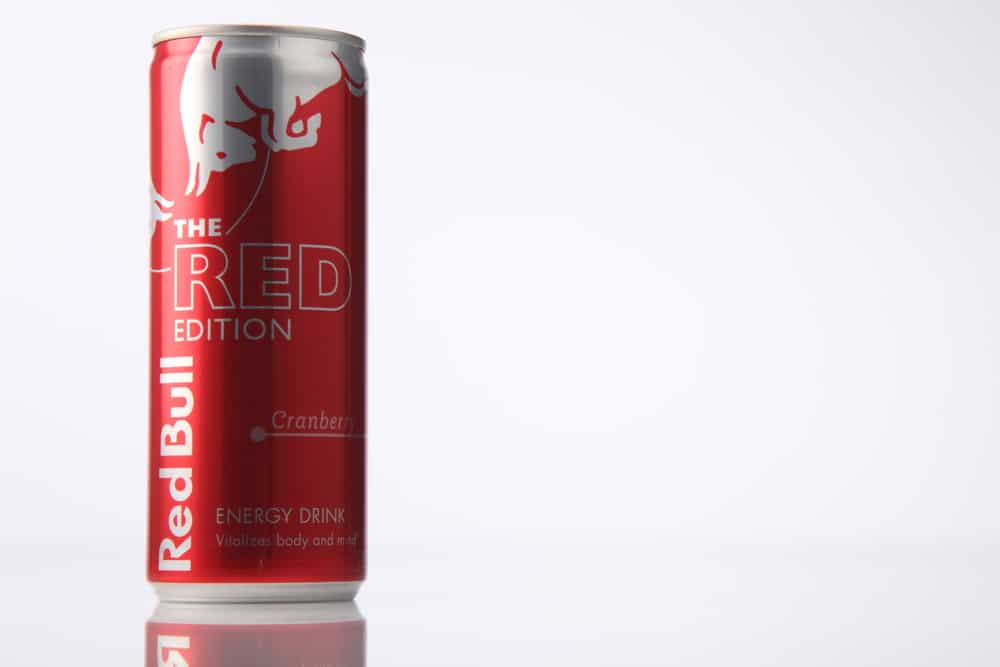 The Cranberry flavor originally associated with the Red Edition of Red Bull has been permanently replaced with Watermelon.

One reason and potentially the biggest factor is lower demand as compared to the other flavors offered.

This is a common tactic for companies to participate in to keep their flavor lineup consistently changing and relevant.

The less popular flavors are discontinued to make room for new products in the future which may have a stronger appeal to the brand’s customers.

Another reason for the flavor to be discontinued was that Red Bull wished to have a flavor that could be available all year round and would be considered evergreen.

Cranberry is a flavor often associated with the holiday season and may not have been as popular throughout the remainder of the year.

Cranberry was replaced with the Watermelon flavor which was designed to be the new year-round flavor kept permanently in the Red Bull product list.

It is difficult to find an official statement from Red Bull regarding the discontinuation, however, in 2020, this Reddit user stated that they were able to get a response from the company confirming that Cranberry was officially out.

The flavor was beloved by many, and a petition has been started by fans in the hopes that Red Bull will see it and consider the plea to return the flavor to their portfolio.

The petition has acquired more than 9,000 signatures and continues to receive more.

Have There Been Other Discontinued Flavors? 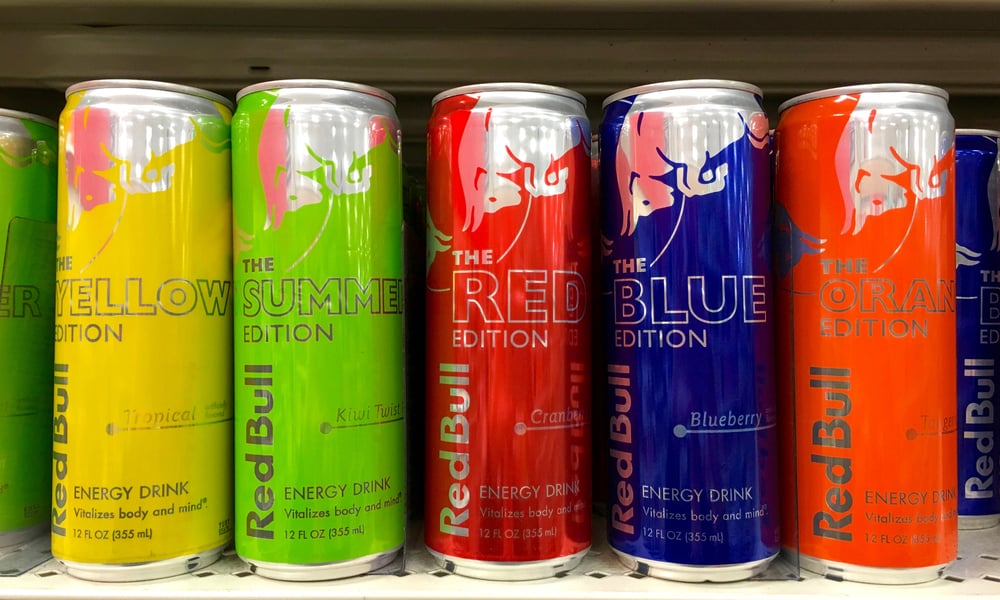 The cranberry flavor has not been the only Red Bull flavor to be discontinued throughout the years.

Up And Coming Flavors In The Red Bull Portfolio 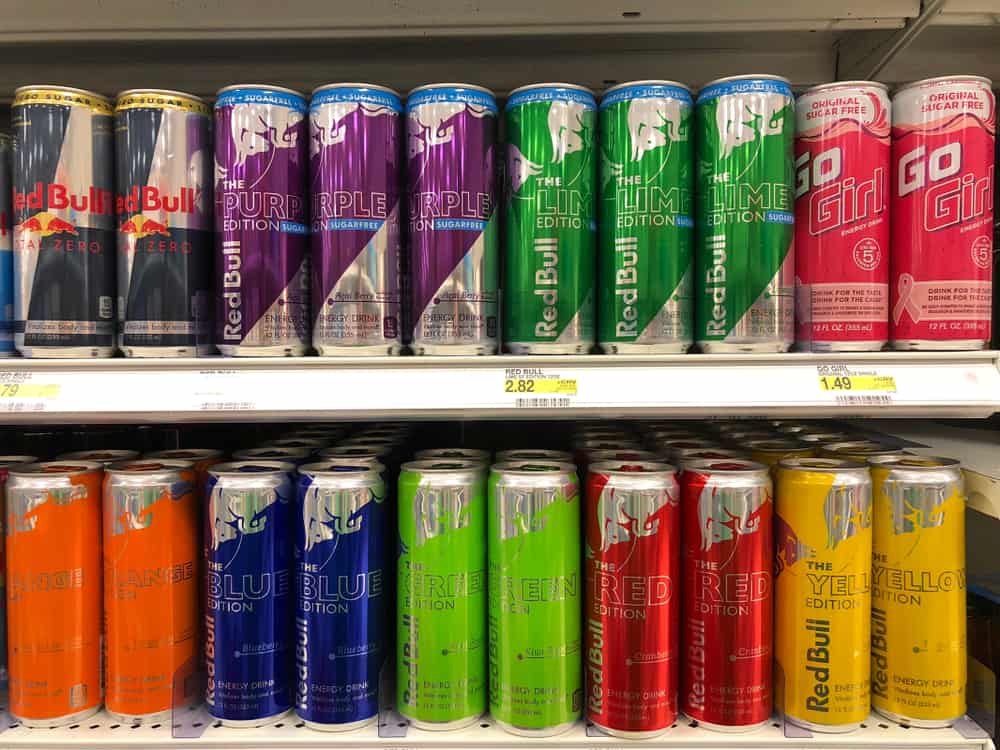 The company regularly releases limited edition flavors as well during special times of the year.

These flavors are constantly changing and may be more difficult to find as they are released in select quantities.

Current flavors at the time of this article include

Is There A Shortage Of Red Bull? 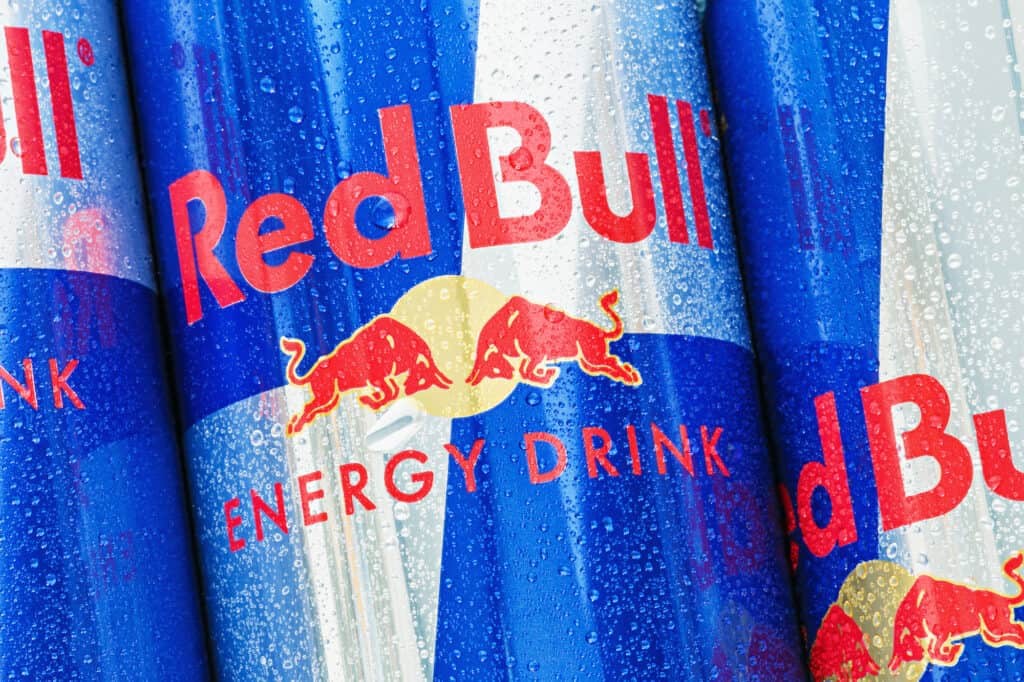 Red Bull has not announced any shortages the company may be experiencing.

Although Twitter users continue to tweet that they cannot find Red Bull products, citing a shortage as the reason for the mysteriously missing beverages.

Dear friends at @redbull, it's me again…

There seems to be a shortage of Redbull in Malta, some shops have resulted in committing treason by putting imposter energy drinks in a Redbull fridge!!

I'd never put imposter energy drinks in my Redbull fridge… (if I had one) pic.twitter.com/3OfmjYlwVC

Somebody needs to tell me why there is a yellow redbull shortage right now bc three gas stations later, I’m extremely unhappy

Red Bull does not appear to have commented on any social media posts regarding discontinued products or shortages users may be experiencing.

What Ingredients Are In Red Bull? 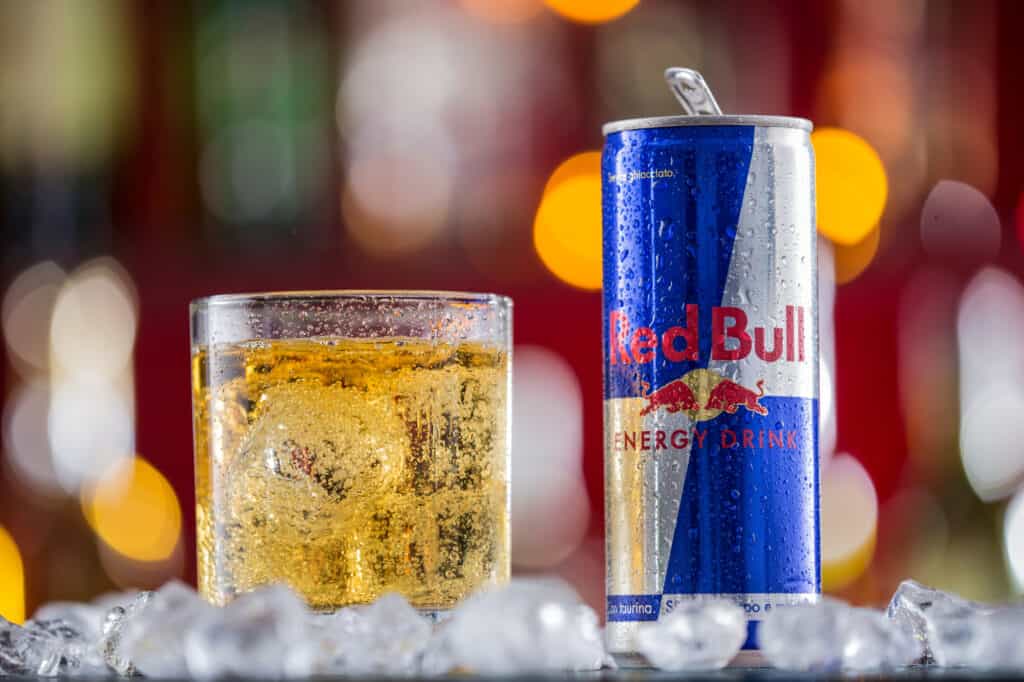 Both caffeine and taurine have been linked to potential health problems, making energy drinks a controversial subject for some.

Some schools, workplaces, and even stores have stopped selling the drink in vending machines for this reason.

Caffeine is a stimulant, and while it is successful in increasing energy levels, alertness, and concentration, it also can have negative effects when not taken responsibly.

Examples of negative effects related to excessive caffeine intake include

Red Bull also contains the ingredient Taurine in its formula, which is a common ingredient in a variety of pre-workouts.

The human body is also able to produce Taurine naturally, or absorb it through certain foods.

Taurine is a sulfur-containing amino acid, which is found within excitatory tissues including the brain, eyes, and our skeletal muscles.

In appropriate amounts, taurine is beneficial for combating symptoms of aging, disease, and metabolic health.

It is also known for increasing fat burning throughout exercise and daily physical movement.

However, when taken in excessive amounts taurine can cause negative side effects on the human body including vomiting, nausea, headaches, and stomach pain. 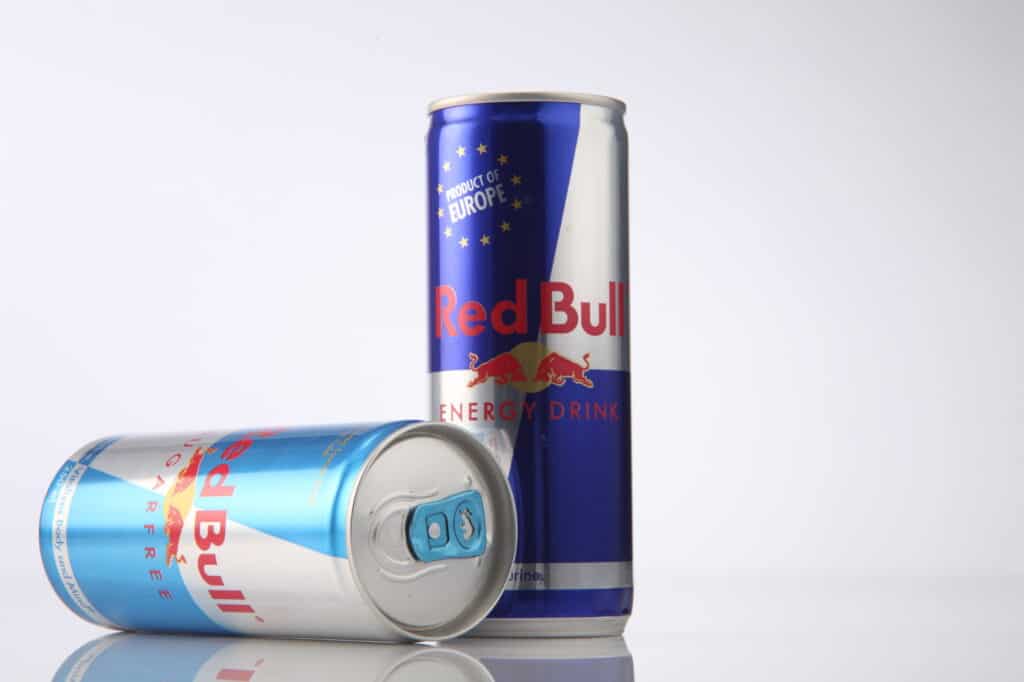 Because of the potential negative side effects of drinking energy drinks like Red Bull, the Centers for Disease Control (CDC) states that they are not recommended for children or youth.

However, the CDC also reports that up to 50% of adolescents report consuming energy drinks.

The CDC, alongside the American Academy of Pediatrics, provides education to teachers and staff within schools about the dangers involved with adolescents consuming energy drinks.

Coaches are encouraged to educate their student athletes about the difference between energy and sports drinks.

Schools have been regulated to remove unhealthy drinks from their lunches, only providing students with healthier beverages like fat-free or low-fat milk, water, or 100% juice. 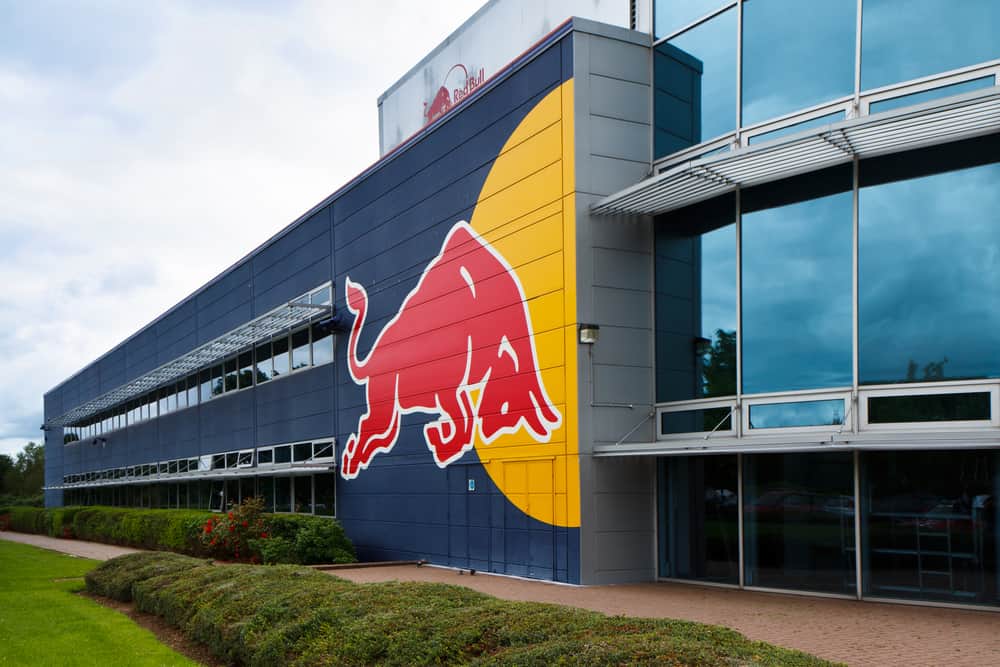 Red Bull is one of the most widely known energy drinks throughout the world, popular among the average person and the professional athlete as they power through their days.

The company itself has been around since 1987 when it was founded by Dietrich Mateschitz.

Mateschitz designed Red Bull to be similar to the common Asian drink called Krating Daeng, which was a sweet, non-carbonated drink known for its energy-inducing qualities.

Red Bull was one of the first energy drinks to be introduced in the western part of the world.

What is unique about the company is that it is privately-owned, and therefore does not have stock available for purchase.

The advantage of remaining a private company is that the company’s management team is free from falling under shareholder pressure.

The company is able to focus on developing and modifying their own strategy as they see fit, without requiring the approval of a board or shareholder group.

Mateschitz’s cause of death has not officially been commented on by Red Bull, although Red Bull’s Formula 1 racing team has confirmed his passing.

Where Can I Find Red Bull’s Beverages? 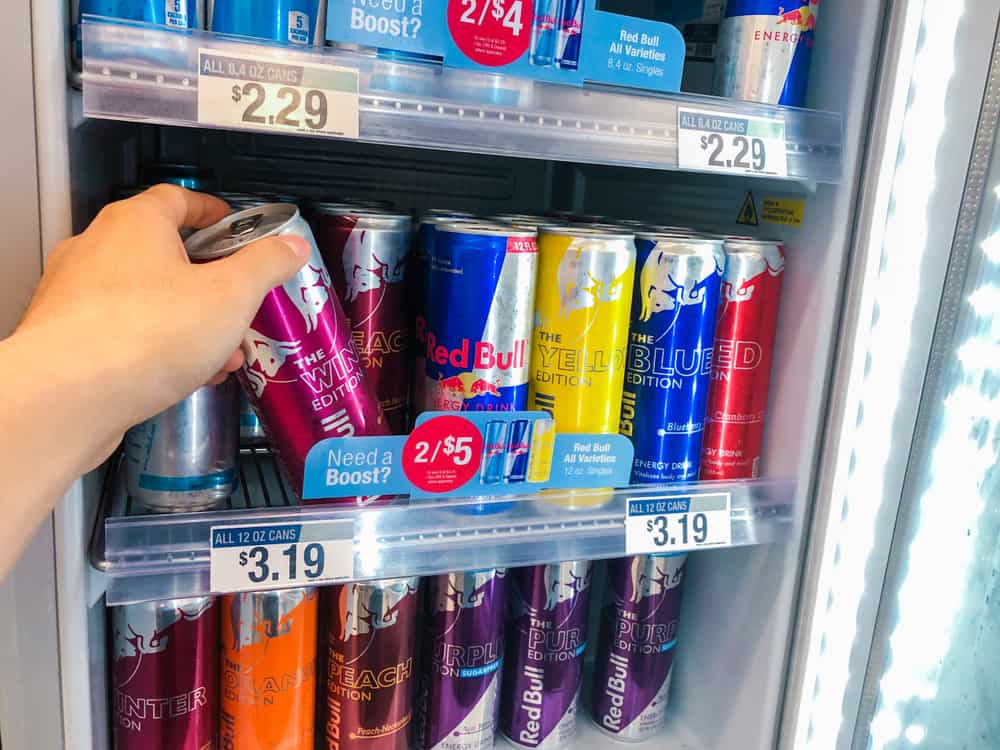 Unfortunately, Red Bull’s website does not have an easy access tab to locate what retailers sell their products.

The best chance of determining if your local grocery store or gas station has the flavors you want is to call the store directly or check the retailer’s website to see what stock they have.

To find the most updated list of flavors that the company produces, check out the official Red Bull website.

Use Of Extreme Sports In Red Bull’s Marketing 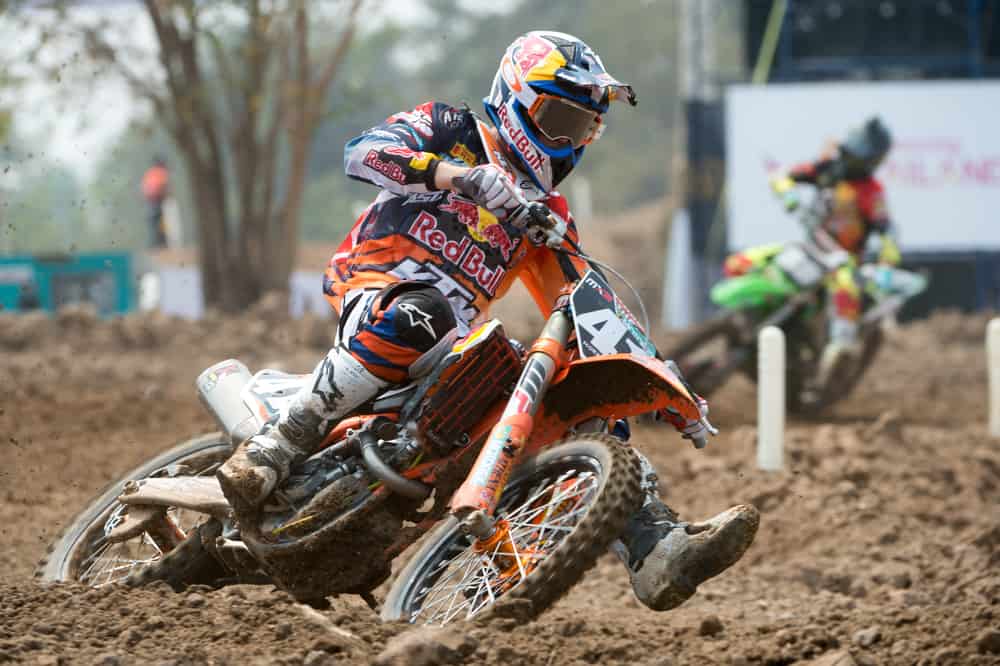 Red Bull has been successful in using extreme sports as a way to successfully market their products and reinforce the brand.

In particular, Red Bull is known for its affiliations with Formula I racing after Mateschitz bought out the Jaguar squad and created the Red Bull team in 2005.

After creating the Red Bull team, the company then purchased the Minardi Formula 1 team and renamed it Toro Rosso. Toro Rosso was used as a training team for new Red Bull drivers.

Additionally, the company has created Red Bull TV, an online channel and magazine which creates media and content.

Red Bull’s marketing message, “Red Bull gives you wings,” is well-known around the world due to frequent advertisements, celebrity partnerships, and sporting events.

The company has also created and owns their own sports teams, which include the New York Red Bulls, Red Bull Racing, Red Bull Brasil, and more.

Red Bull’s teams and events can be found live on ESPN or Red Bull TV.

To view events coming up near you, or to watch live, check out Red Bull’s Discover page.

The Discover page has content for every interest level, including mountain biking, paragliding, hip-hop dancing, surfing, and ultimate snowboarding. 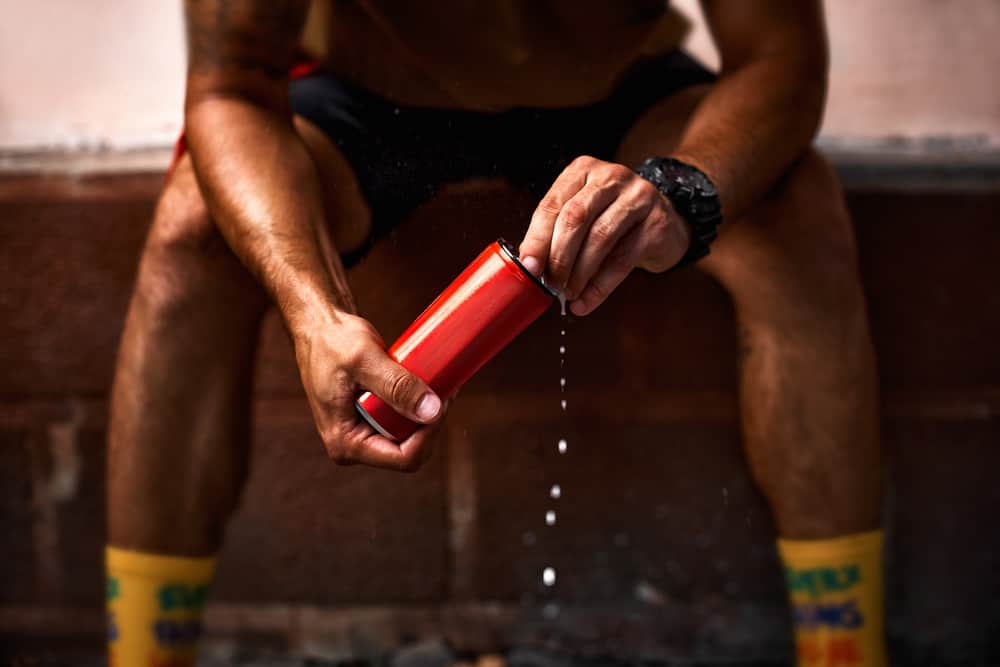 If you’re specifically looking for a Cranberry flavored energy drink to satisfy your caffeine cravings, there are a few other options that may be worth checking out.

Ocean Spray has a Cranberry Energy Juice drink available on Amazon, which has caffeine naturally sourced from Green Tea extract.

Additionally, Aspire has a healthy, natural cranberry flavor with caffeine from Green Tea.

Aspire is known for their vegan, kosher, keto-friendly, gluten-free, and diabetic-friendly energy drinks.

Cintron has a Cranberry flavored beverage that is described as being “delightful on its own or mixed in a cocktail.”

Cintron Cranberry considers itself to be a premium energy drink because it contains the ingredient glucuronolactone which is designed to eliminate the crashing effect after consumption. 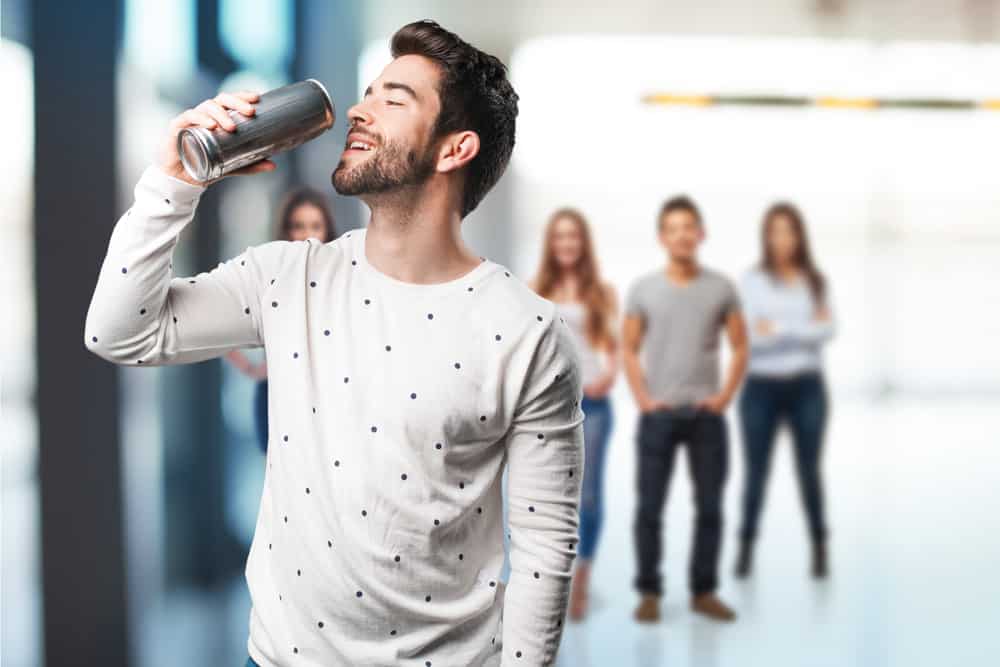 If you’re not opposed to changing from your normal Cranberry flavor preference and trying something new, here are a few different energy drink brands beyond Red Bull. 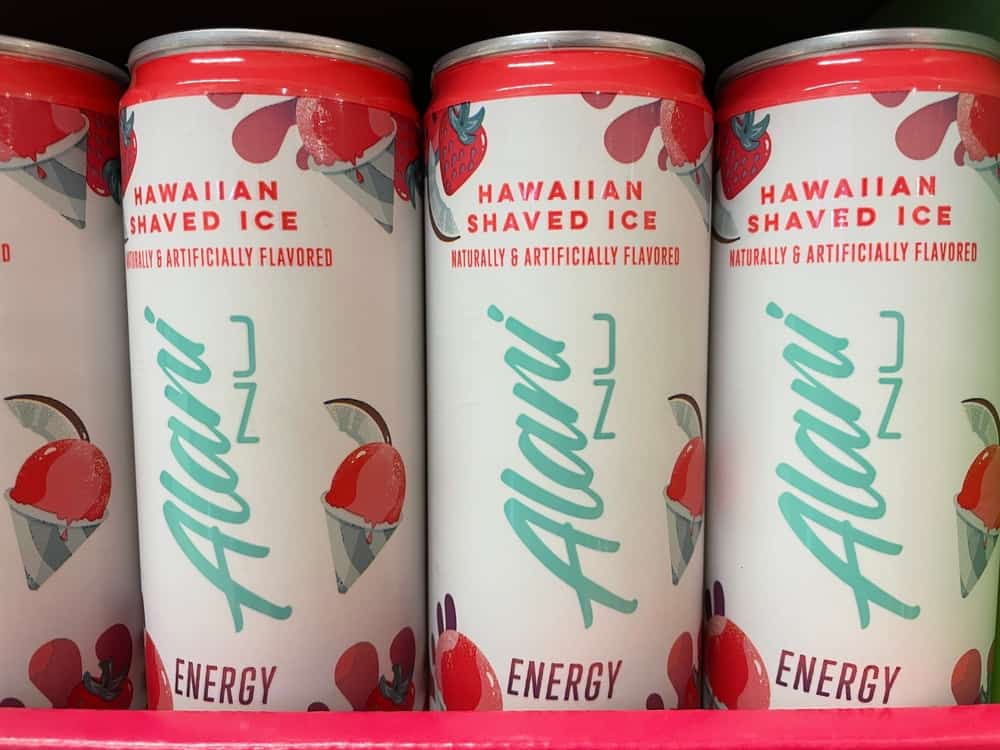 Alani is an energy drink brand that focuses on offering delicious, boldly flavored products that support your health goals.

Alani’s are commonly sold at Target, GNC, and a variety of gas stations. 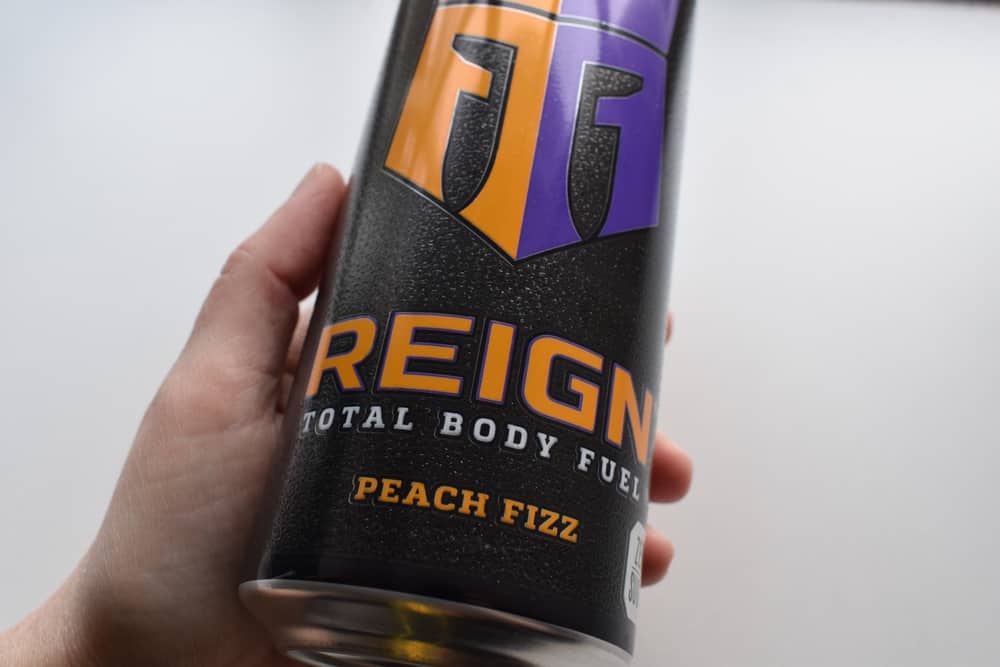 Reign is another brand that is often sold in gas stations and is known for bright packaging and unique flavor names like White Gummy Bear and Razzle Berry. 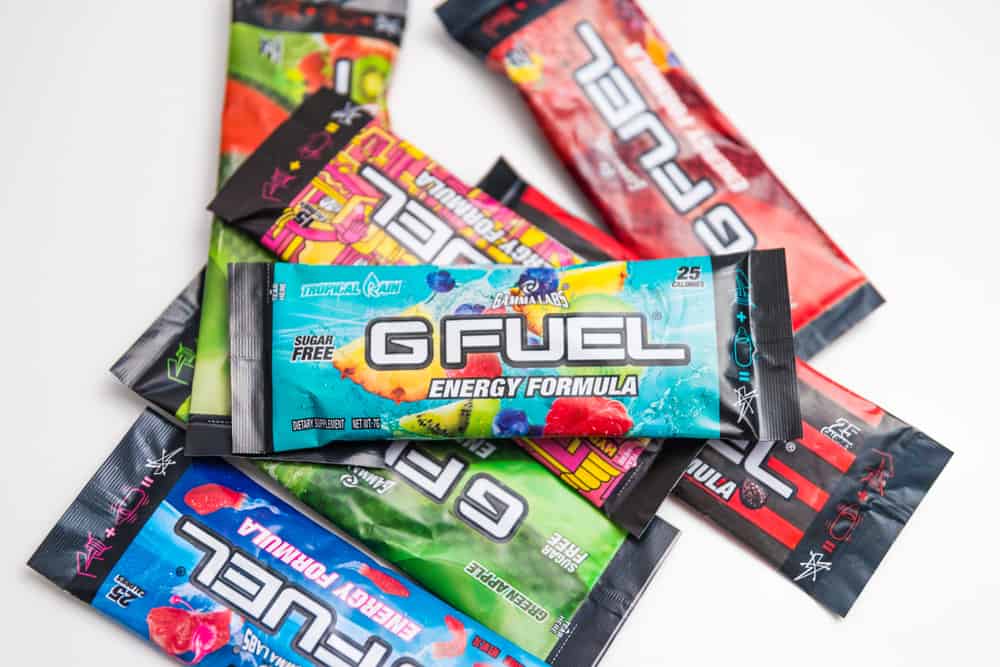 G Fuel is a brand that is entirely sugar-free and is heavily marketed to gamers.

Sugar-free energy drinks are often desirable to gamers as it avoids the jittery feeling and does not leave the gamer feeling drained after a few hours. 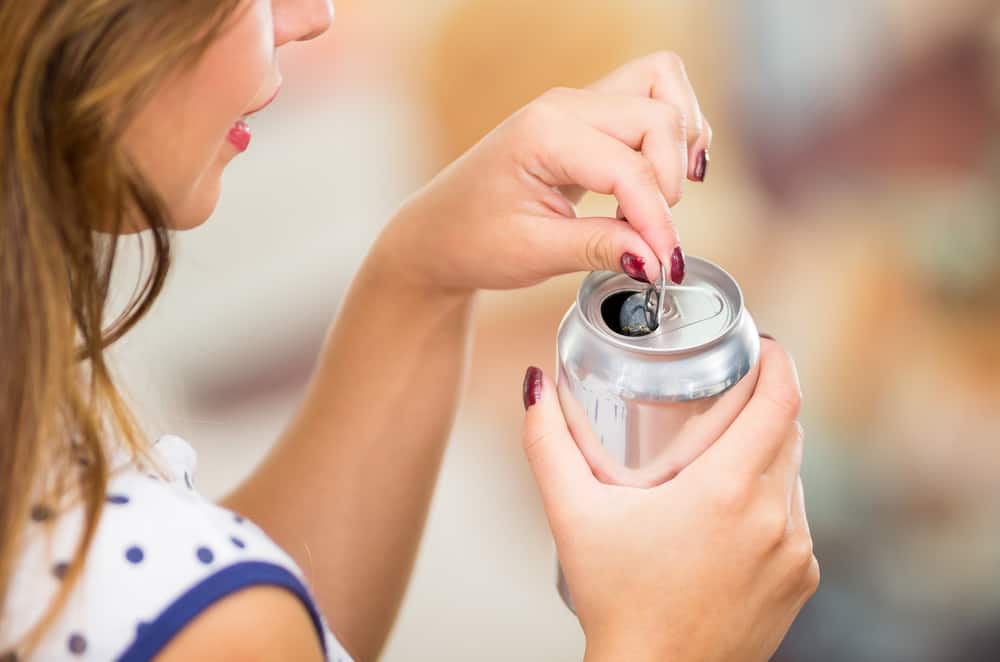 Another well-known brand is V8 Energy.

This brand has significantly less caffeine content than most other energy drinks.

It contains about the same amount of caffeine as a cup of coffee.

For some, V8 Energy may be a good option if they are looking to cut down on caffeine intake or do not enjoy coffee.

V8 Energy is also unique in that it adds a serving of vegetables (tomato, celery, carrots, beets, spinach, etc.) into the drink.

This is not an exclusive list of energy drinks. Other common brands include Monster, Bang, Zevia, and Celsius.