You are here: Home / Cold Hard Facts / How Do Mentalists Guess Numbers? (Everything To Know) 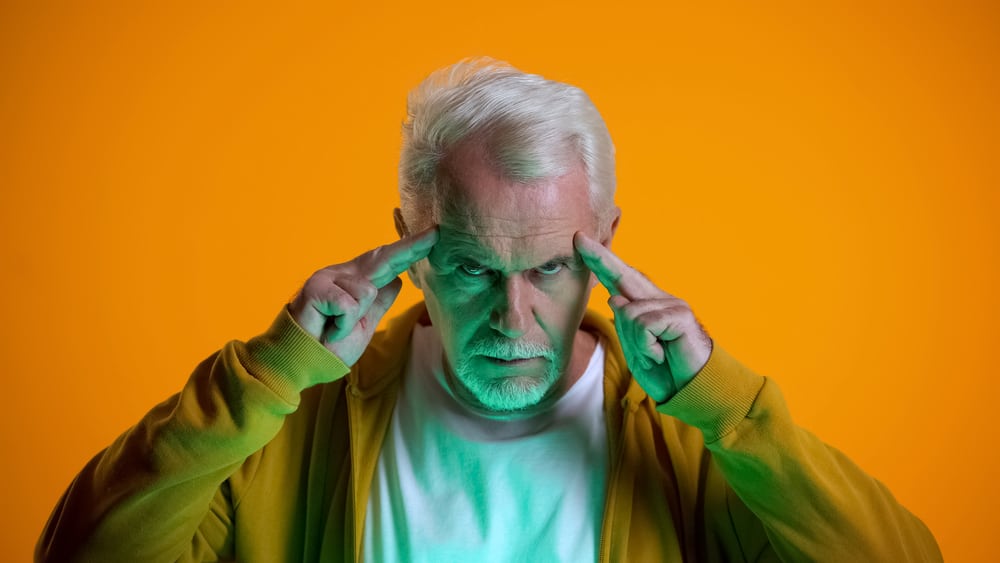 Mentalists astound audiences around the world with their amazing mind-reading abilities… or do they?

In actual fact, they’re performance art specialists who demonstrate a skilled craft that few know, and they practice it to perfection.

One of the most amazing “tricks” they do is to guess a number you are holding in your mind.

You may be astounded by how they do it, but surprised?

How Do Mentalists Guess Numbers? 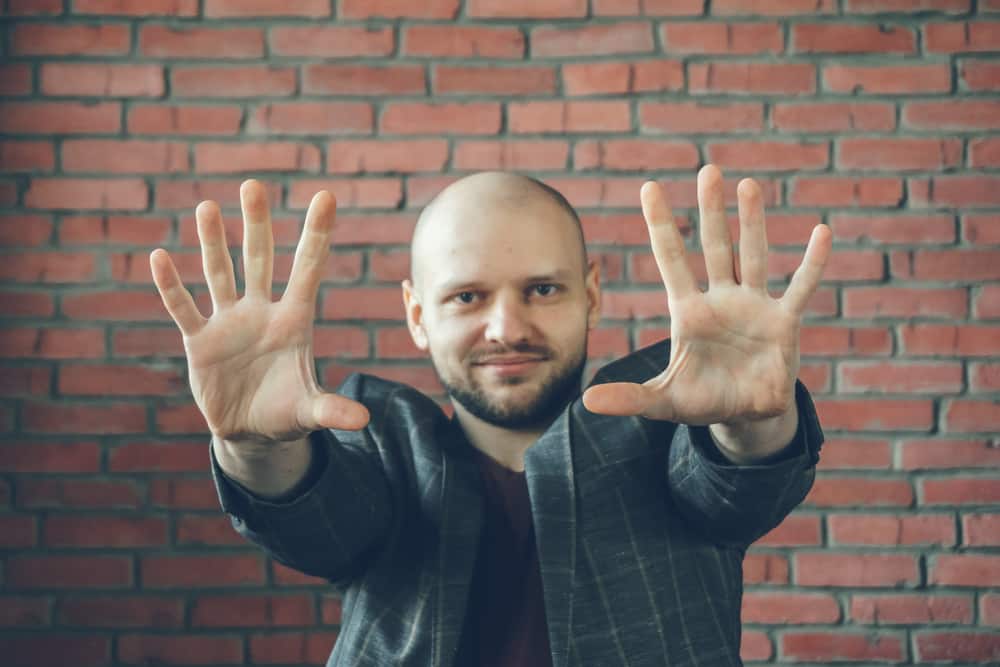 Mentalists guess numbers using a number of methods to either see through to the answer that is written and placed in a special envelope, or they use something called a Swami pencil to write it after you’ve written yours.

Here, we’ll dive a little deeper into how they do what they do. 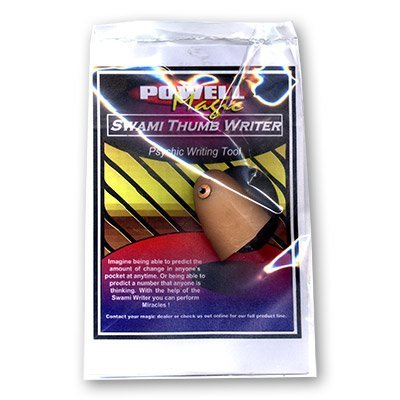 This is a trick that takes sleight of hand and a lot of practice.

They’ll often ask you to write only a one-digit number on a card that they’ll give you.

In this trick, the prop can’t be noticed.

It’s a ring that matches the color of your skin.

The ring has a pencil lead on it that you can’t see.

The mentalist will hand you a card out of the index cards they happen to be carrying and show you an ordinary pencil.

Then, they’ll proceed to watch you write your number.

First, they have memorized the way you wrote the number.

It’s easy to tell by your pencil stroke what number you wrote.

Then, they pretend to write the number that they can magically see in their mind’s eye with the ordinary pencil while you are writing yours.

When in fact, they write it afterwards really quickly while their hand is flat over the card.

This trick takes a lot of mental acrobatics, tricking you plus doing something right in front of you that you thought they already did!

Imagine what it’s like to actually pull it off. 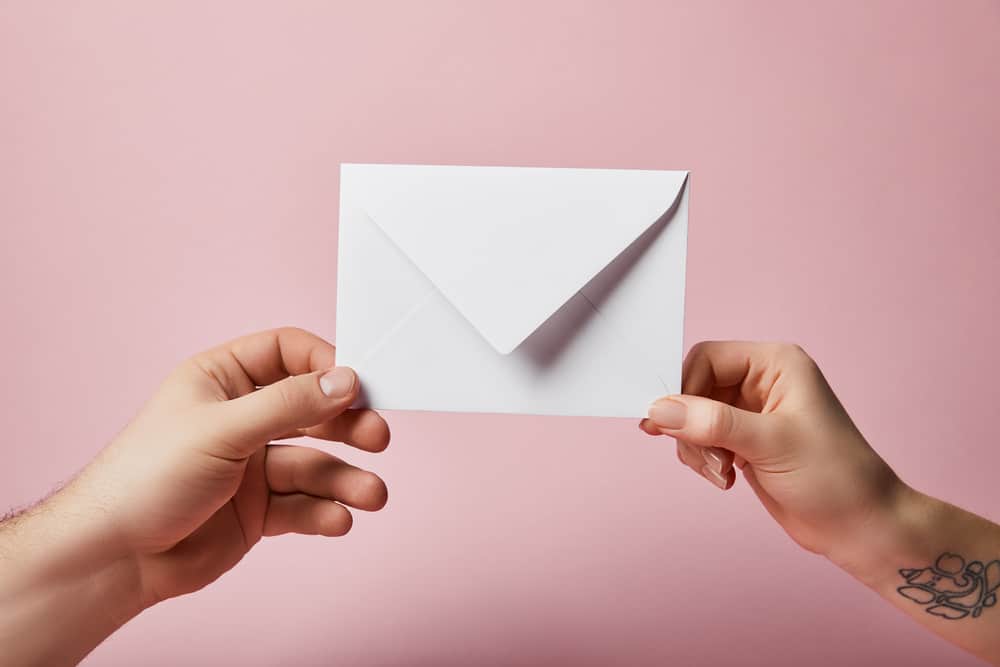 This is sometimes referred to as the office trick because it’s really easy to learn and perform, even for the amateur.

You’ll need an envelope, a marker, and an index card.

The marker tip should be sharp and not chiseled like some of them come.

The double-sided Sharpie is the best for this because you can uncap it and hand them the small, straight, sharp end.

You want a very clear shadow out of that number or word.

Use numbers instead of words or names because those can be too hard to read.

Numbers are straightforward and can’t be mistaken so easily.

The trick is done when the mentalist has you place the card into the envelope and seal it.

Once you hand the envelope back to the mentalist, they will bend the security envelope slightly so they can see the shadow.

The sharpie will have also made a slight impression on the card which makes it easier to see and feel for confirmation.

What Exactly Is A Mentalist? 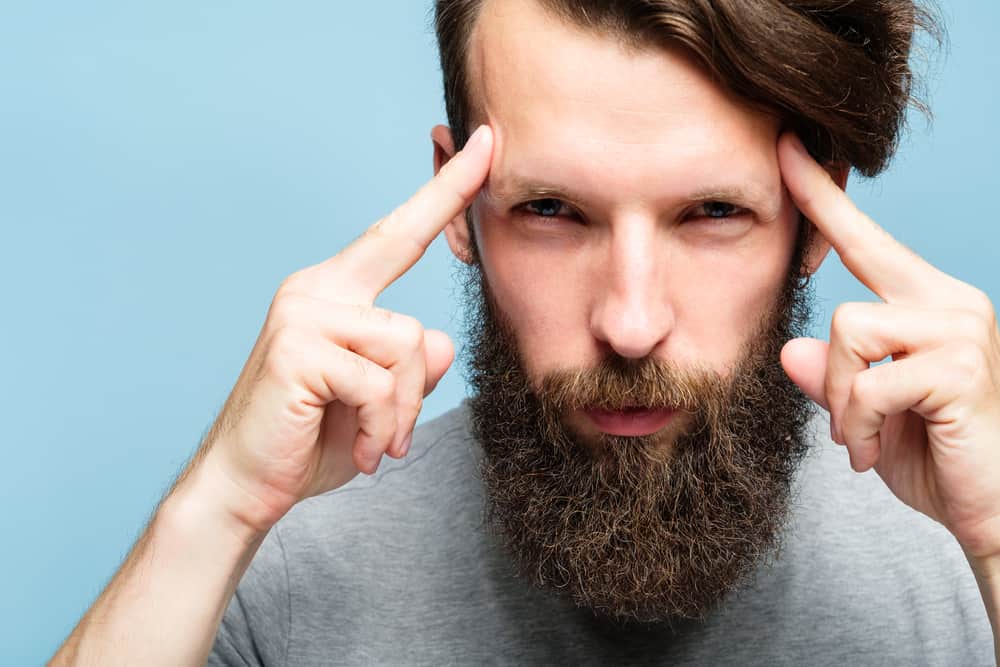 Mentalism is a form of performance art.

That means it’s not meant to be taken seriously.

Many people mistake them to be actual psychics and spiritualists, much to the chagrin of the psychic or spiritualist.

The legitimate ones know these people are doing what they would deem to be parlor tricks.

What a mentalist does goes hand in hand with card tricks and pulling a rabbit out of a hat.

A mentalist will attempt to use mental tricks to read your mind.

They will ask you to think of a number and write it down, and the really good ones may employ others to help them read your mind without props.

That typically happens when they have people out in the audience whom they’ve chosen themselves.

They already know the number the person is guessing and has written down.

The difference between this and the other tricks is that the card is never given to the mentalist.

That makes the result even more astounding to the audience.

You couldn’t really get away with that today.

How Do I Become A Mentalist? 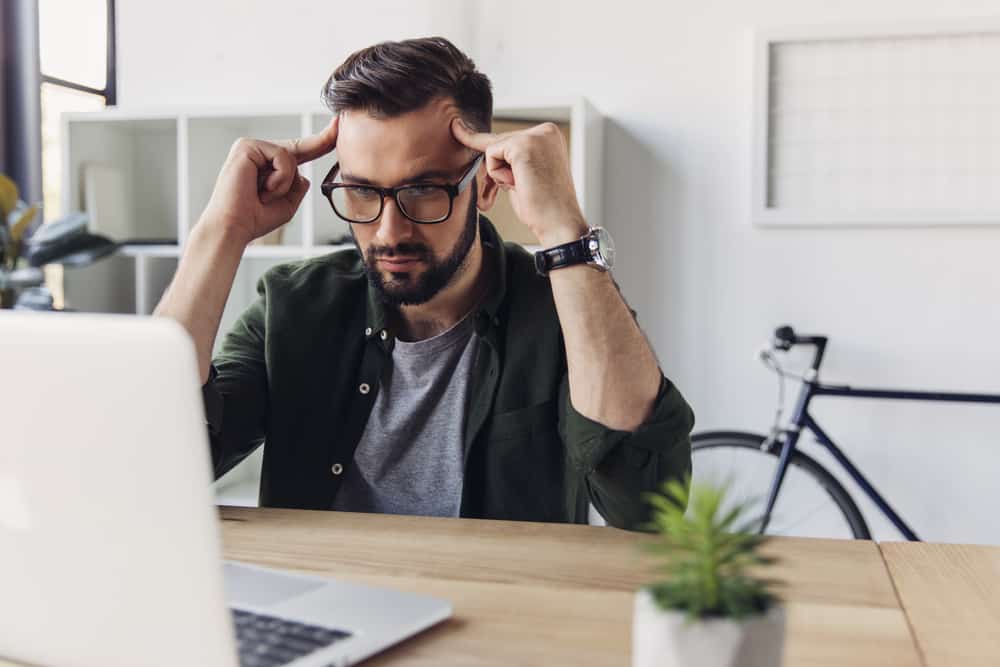 Mentalism is not something for which one needs a college degree to work.

If you think there can’t possibly be a mentalism school, think again.

In this day and age, there’s a way to make money off of anything.

It’s a free market on the internet.

One such school is called the International Open Academy.

They host a lot of different classes, and mentalism is one of them.

What would be the class syllabus for a mentalist?

Here’s a brief synopsis of what you would learn prior to becoming a graduating mentalist.

That is a summary of what the course offers.

What’s even better is, if you don’t like it and decide mentalism isn’t for you, you’ve only lost $99, and you can click over to the other courses and become an accountant or something else!

You don’t need a proper school to become a mentalist.

You can find a mentalist mentor.

You have the internet right at your fingertips.

Find someone who is already doing this and work as their voluntary assistant.

Observe and learn, if they’re willing to teach you.

You may have to agree to not work their side of the city or something like that, but hey, it’s well worth the experience from one who can tell you and show you the ropes.

Sometimes they actually use ropes!

The other great point about an apprenticeship is that you are able to learn the pitfalls and things that you wouldn’t learn if you weren’t working in the field.

Where Do Mentalists Work? 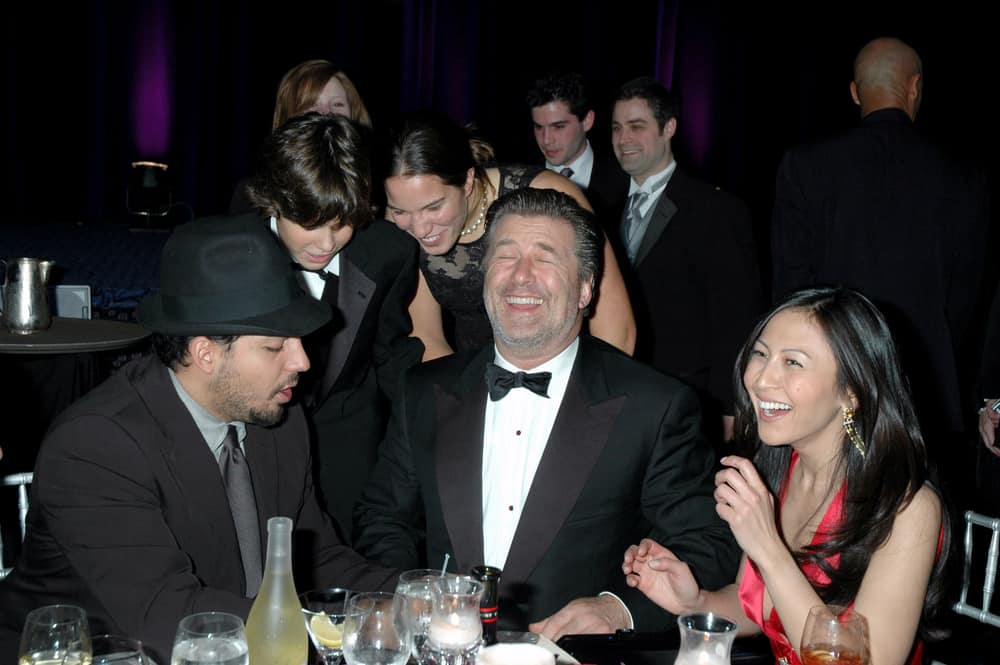 Mentalism takes you from the office out into the world.

You can be anything you want depending on how many tricks you learn, your confidence level among different people, and whether you want to get paid to do it or not.

The way to do that is described in the next section.

You can do what David Blaine does and walk the streets stopping people.

You can have a buddy travel with you all over the world or the country and film you for YouTube, or you can just do it solo.

You can do kids’ parties and adult parties.

Mentalism is very versatile and can go almost anywhere.

If you do travel, though, make sure the country you visit allows for street magic and that the culture is accepting of it.

We wouldn’t want you walking into a dangerous or intolerant situation.

How Much Do Mentalists Make? 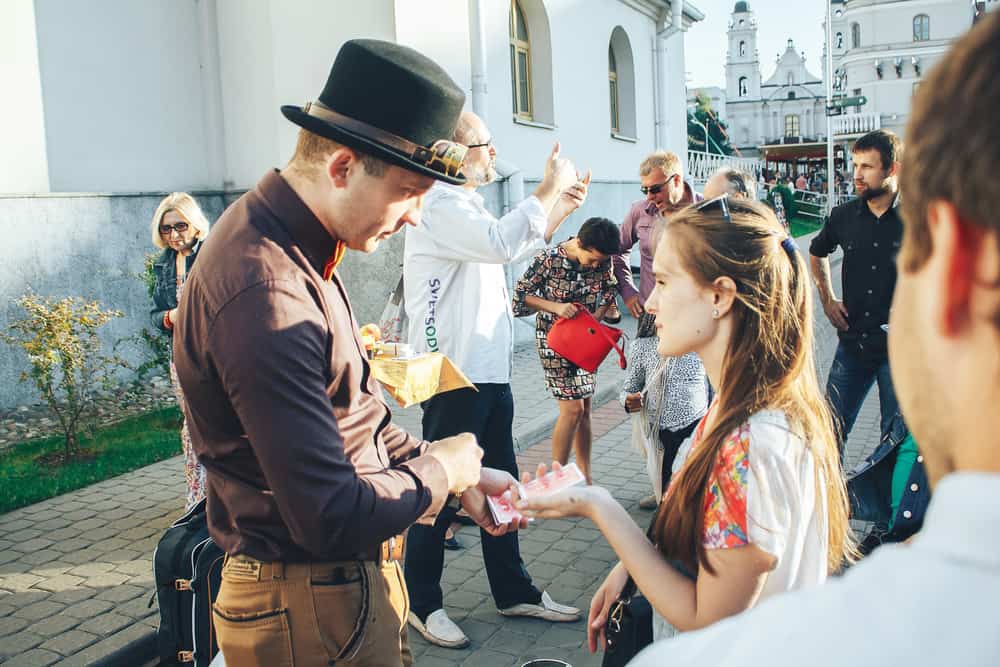 This, as a career, can actually be done with a lot of work and commitment on your part.

There are several paths to take with this.

First, you can simply join the street artists that are already in artsy towns and cities, like New Orleans, for example, and make some money via tips.

Get a hat with a weight in it so it doesn’t blow away, and a small briefcase to hold your props.

If you’re confident enough, you can stop the passersby and ask them if you can show them a trick.

In these places, of which there are still a few left around the world, the people, typically tourists, are used to being stopped.

This may not work in regular places and may even be illegal.

You don’t have to go this route, though.

You could go a more traditional route and get hired by a club or hire yourself out as a part act.

If you’re Penn-and-Teller kind of serious, you can really practice hard and make a name for yourself locally.

Then, you can go to Vegas and see if you can get a job off the strip for a while, and then get picked up by one of the big resorts.

You have to have a name at least and some form of reputation.

Build a website and start a YouTube as well, even if you just post a video with highlights once a week, at least you have something for people to look at when they want to check you out. 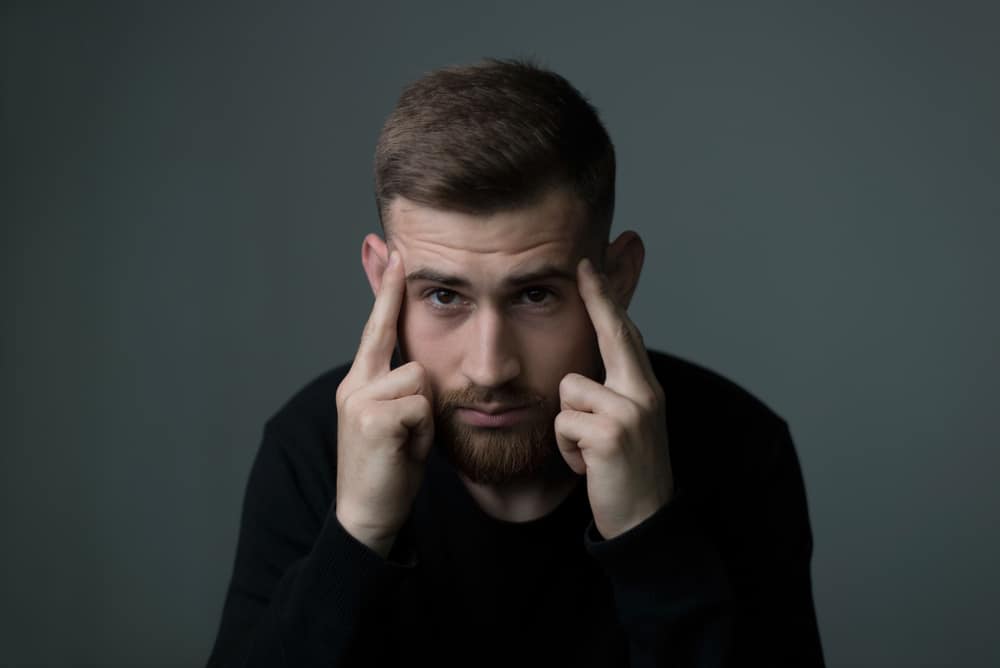 This is an interesting argument that is made on a nearly constant basis.

According to the most famous, modern-day mentalists and performance artists like Penn and Teller, it can be deemed unethical.

To them, if you admit it is street art and tell people it’s a trick, then mentalism can be done ethically.

However, according to them, if you tell people that you actually have psychic powers, then it can be considered unethical.

This causes an argument between those who do claim to have powers and intuitive abilities such as psychics and mediums and street artists all the time.

It’s a never-ending cycle of us against them.

This is because of the fakes in the other camp of those who claim what they do is nothing less than real and a gift.

One rotten apple spoils the whole apple cart, so they say, and it’s especially true in this realm of work.

Going back to Penn and Teller, if you’ve ever watched the popular 90s TV show Penn and Teller’s BS, and you watched the way they test and debunk so much of this work, you’ll understand why it’s hard for those who claim to have a gift to work.

People are naturally going to be even more suspicious.

The bottom line in this argument is to stand by your commitment and work with passion.

This way, regardless of which side of the camp you’re on, you’ll attract a crowd that wants to pay to see you do what you do.

How Much Do Mentalists Make? 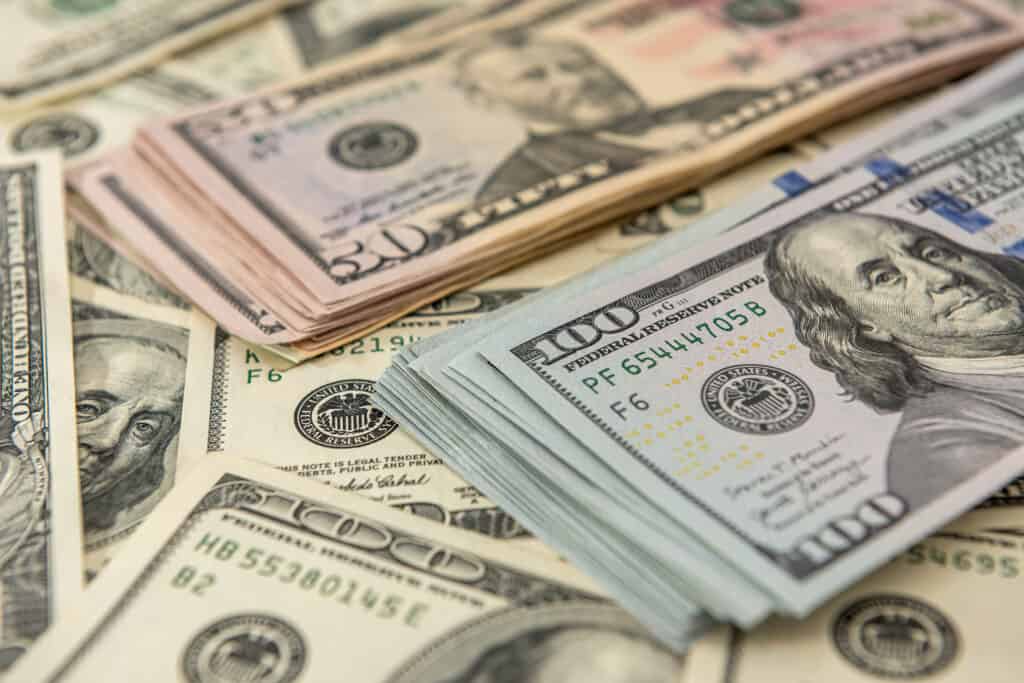 The salary for a mentalist is a wide ocean stretching anywhere between zero and six figures.

If you are in this game long enough, you may hear the name Oz Pearlman.

He’s that 36-year-old who left a big job working for Merrill Lynch (yeah, one of the Wall Street heavy hitters) and a hot salary to flip cards and read minds.

He isn’t doing some kids’ parties, though.

He’s in front of tens of thousands of people.

How did he do it?

He appeared on America’s Got Talent and created an instant name and fame.

He isn’t hustling to get people to hire him.

Apparently, the famous professional wrestler John Cena had a freak out at Pearlman once he figured out how he guessed the name of Cena’s CEO, Vince McMahon.

It’s a trick and he knows it, but when you get a stack of papers thrown at you by a famous person, you know you’re going places! 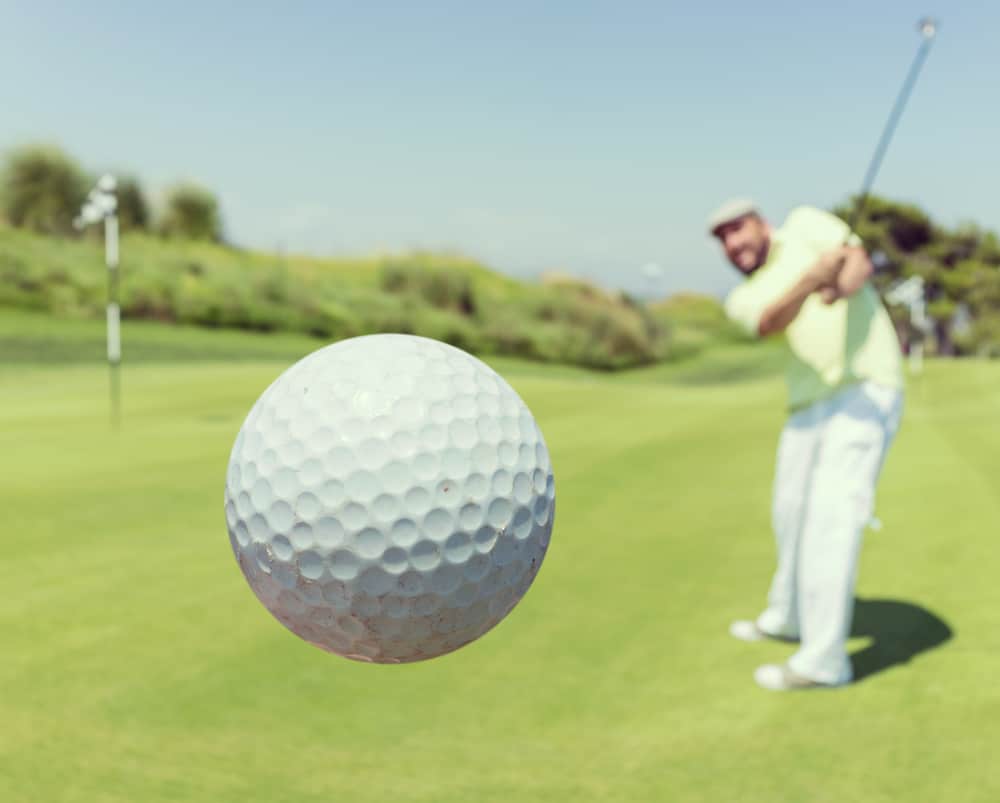 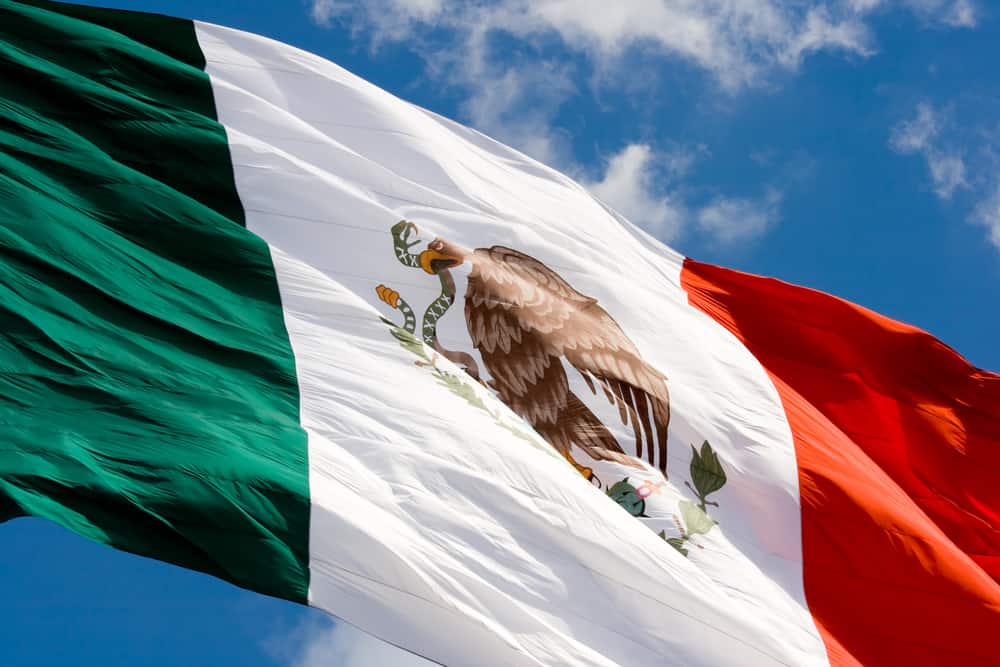 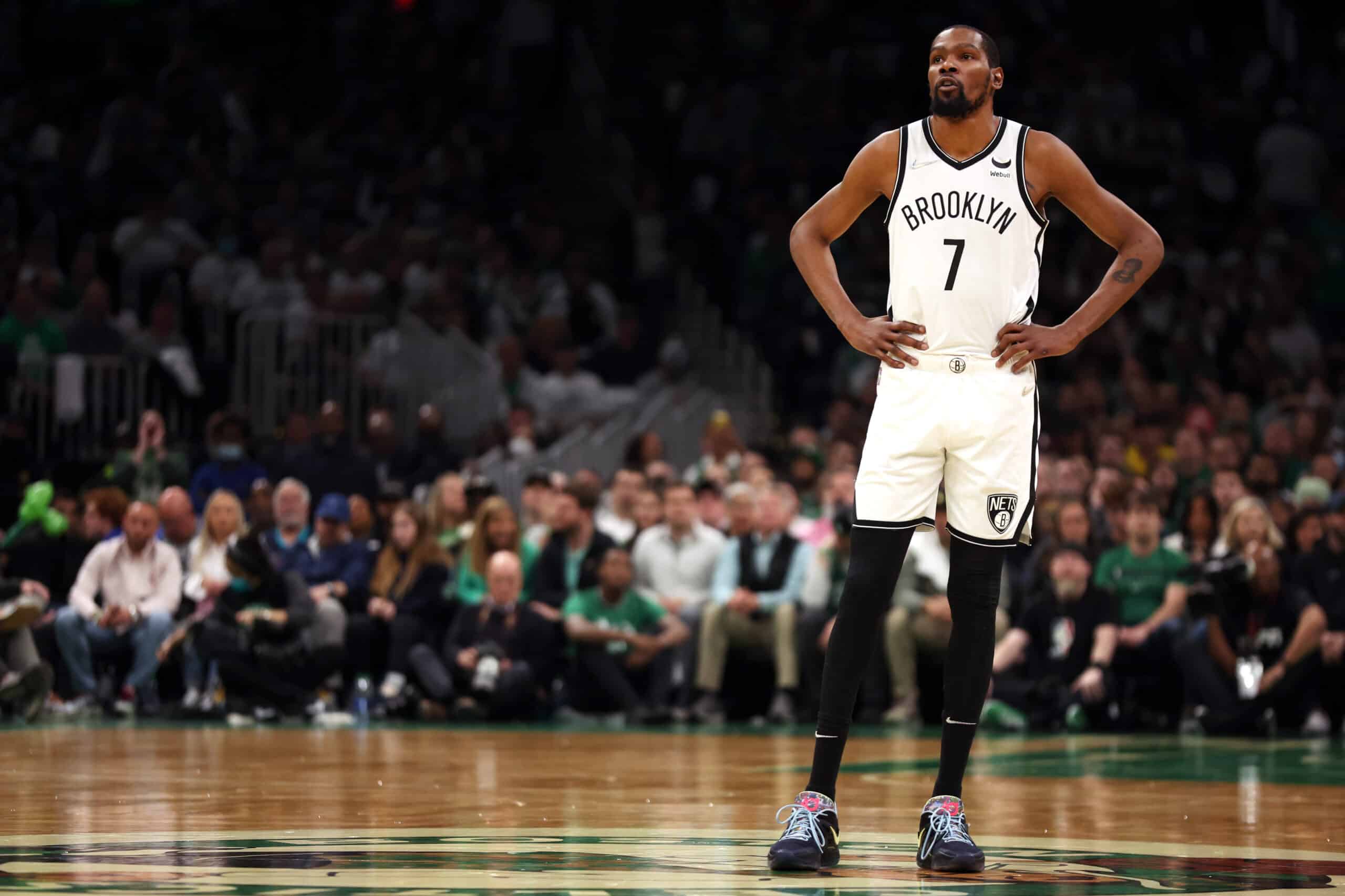 How Do Mentalists Guess Numbers? (Everything To Know)