You are here: Home / Sports / Fans React To Another Shaky Russell Wilson Performance 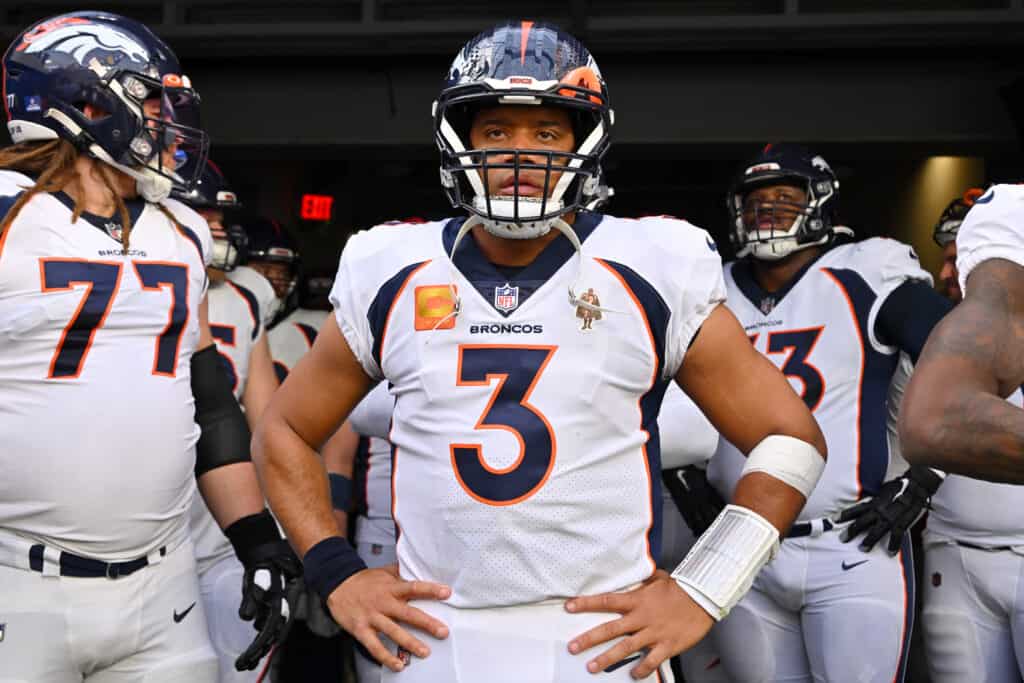 The Denver Broncos aren’t getting what they paid for with quarterback Russell Wilson.

He was the guy everyone thought could help elevate the Broncos franchise.

However, 2022 has been an embarrassing season for the veteran quarterback.

His game against the Los Angeles Rams saw him having another shaky performance.

With that performance, fans took to Twitter to voice their concerns about the veteran quarterback.

Everyone Was Roasting Wilson After Another Bad Game

Wilson’s day against the Rams saw him getting picked off three times, while the Broncos’ offensive line allowed six sacks.

The sacks had fans making a funny comparison between Wilson dropping back to Peter Griffin falling down.

But other fans were wondering how a once elite quarterback has fallen off a cliff with his skills.

How on earth did Russ Wilson fall off a cliff in QB skills?

However, with the game being on Nickelodeon, Patrick Star from SpongeBob SquarePants was doing the announcing.

Patrick Star really has a future as a play-by-play announcer. 🤩

This leads to having a cartoon character roast him.

With Patrick saying the interception wasn’t what Wilson wanted to cook, fans saw this as his way to cook Russ.

But with such a harsh roasting from him, one fan feels it’s time for the veteran quarterback to retire.

@DangeRussWilson you know you should retire when Patrick star roast you

While some feel he should retire, others feel the performance is the death of his career.

His performance later led to the team benching him, which wasn’t a surprise.

While he’s a great quarterback, Wilson isn’t looking like a Super Bowl quarterback this season.

With two games remaining, this could be the end of his season with the Broncos.

Sean Payton Talks About His Coaching Philosophy With Broncos

Sean Payton Is Not Allowing Special Treatment In Denver

Sean Payton Reveals Hilarious Fact About His Coaching Past

The Broncos Channel A Meme To Welcome Sean Payton

Broncos Insider Updates The Drama Of The HC Search