You are here: Home / Cold Hard Facts / Are Potatoes Vegetables Or Fruits? (Explained) 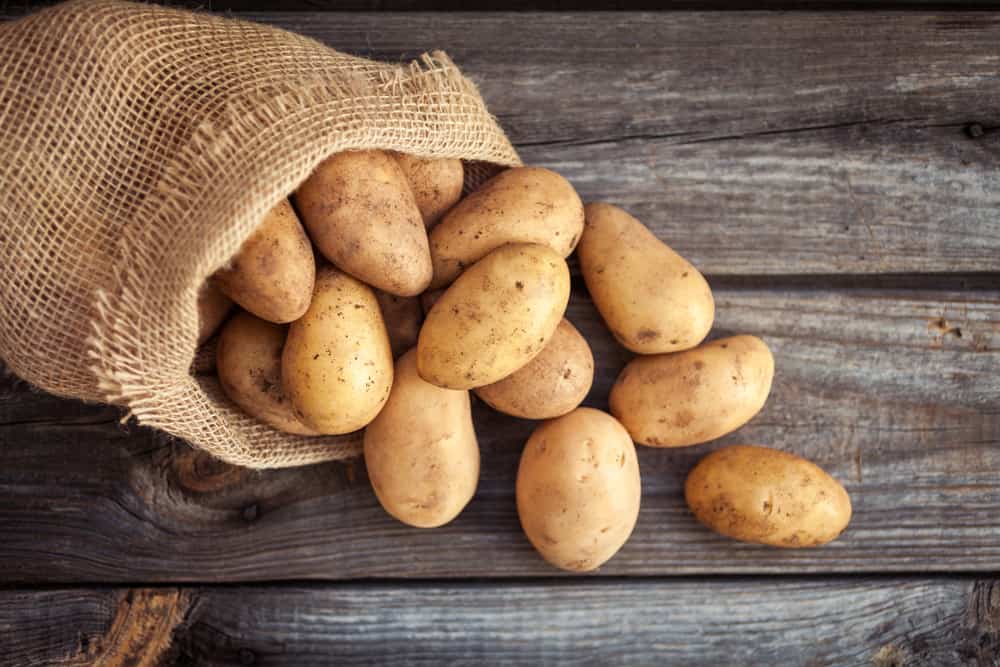 Everyone knows that fruits and vegetables are a major part of a healthy diet.

However, some foods make it difficult to decipher what category they fit into.

Potatoes, for example, have characteristics of both fruits and vegetables.

How do you know whether to consider potatoes a serving of vegetable or fruit?

We will cover whether potatoes are a fruit or vegetable and how to tell the difference.

Are Potatoes Vegetables Or Fruits? 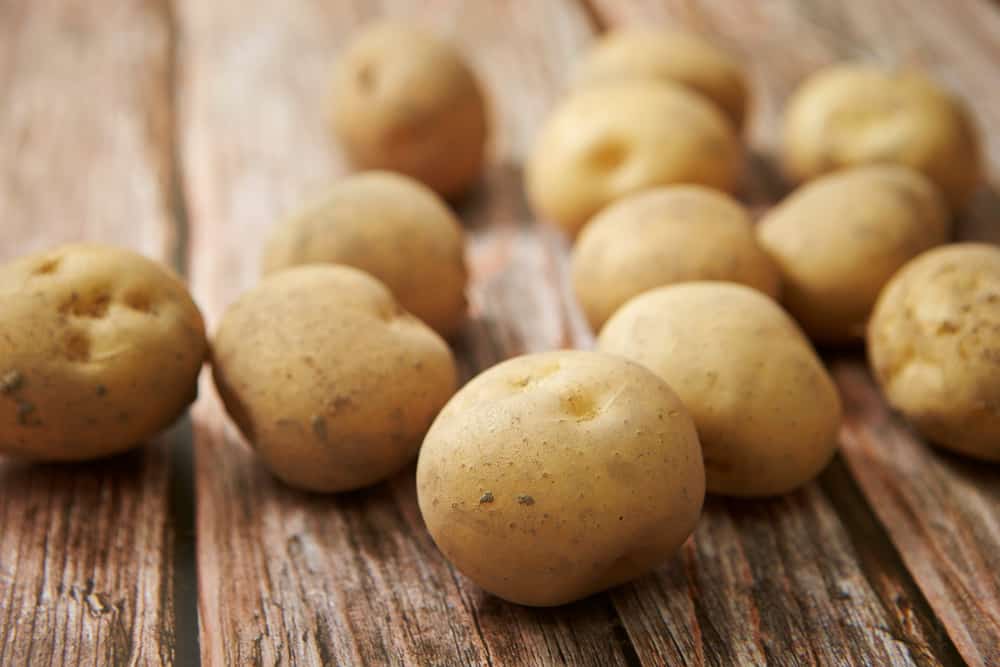 A potato is undoubtedly a vegetable.

Vegetables are classified as items cultivated and harvested annually for their leaves, roots, and seeds.

More specifically, a potato is a starchy tuber vegetable, similar to a root vegetable.

The edible part of the plant, called tubers, grows on short stems.

The plant also produces flowers and berries, but those parts of the plants are poisonous.

You may assume that the potato is mostly solid thanks to the weight compared to other vegetables.

Difference Between Fruits And Vegetables 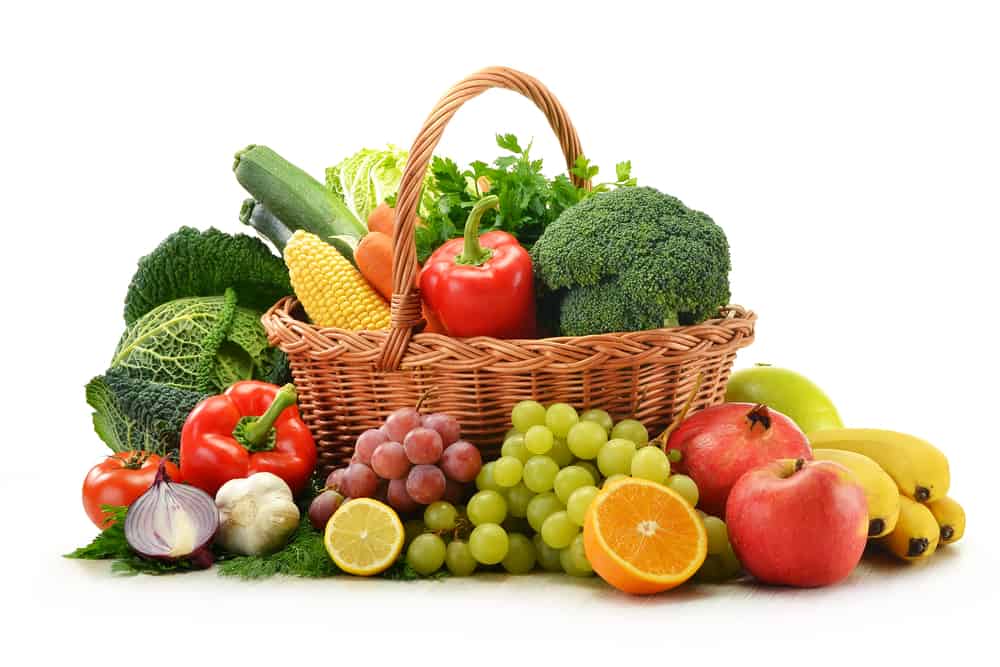 One of the main differences between fruits and vegetables is that fruits have seeds and come from the flower of the plant.

Essentially, the rest of the plant is a vegetable.

Most fruits contain sweet flavors and vegetables tend to have a milder flavor.

However, there are exceptions to these rules.

For example, cucumbers and tomatoes are fruits since they grow from the flowers of the plant.

While they are classified as vegetables for tax reasons, they are technically fruits. 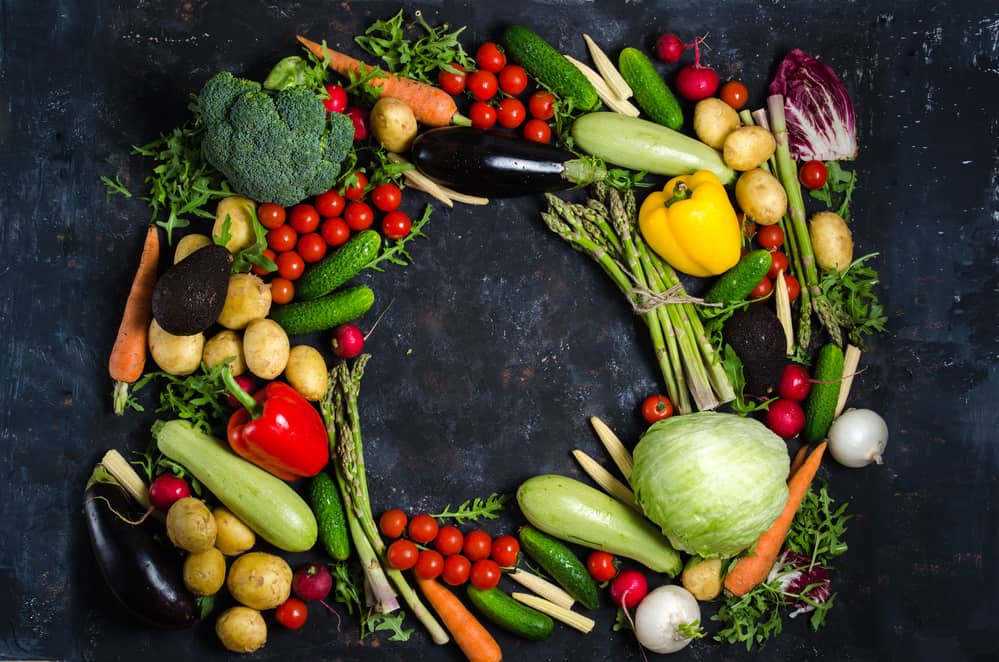 There are many types of vegetables, and they are usually categorized by the part of the plant we are eating.

Some of the different types of vegetables include the following: 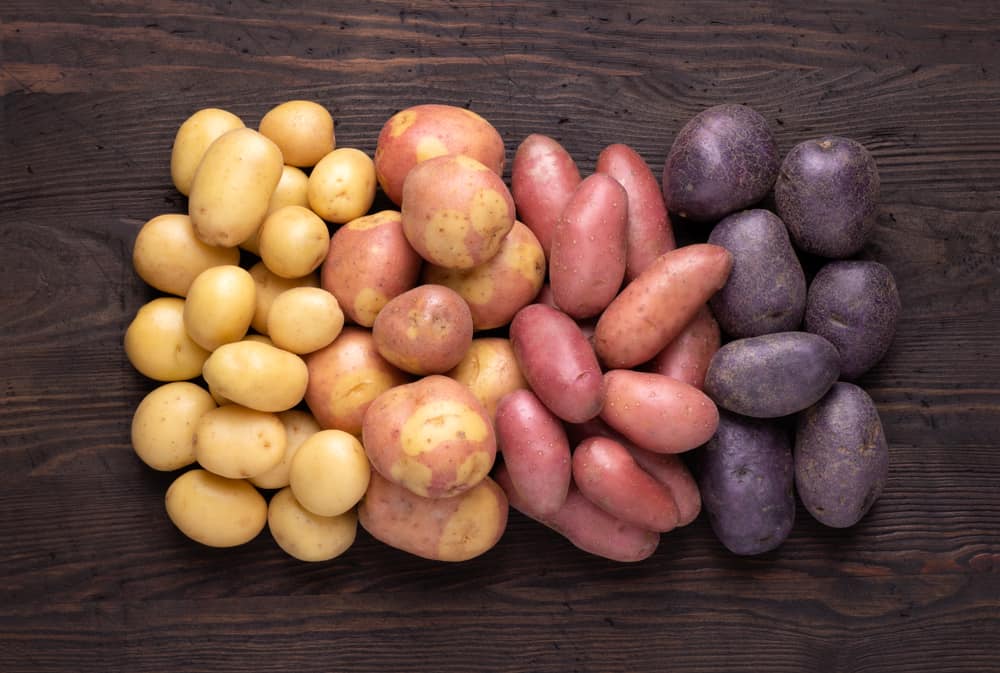 You may be surprised to learn that there are more than 200 different types of potatoes in the United States.

However, we can classify potatoes into the following seven categories:

Most potatoes can be steamed except for Russet potatoes and yellow potatoes.

White potatoes are the only ones that shouldn’t be baked or roasted.

They are actually swollen roots.

However, that doesn’t make them any less delicious. 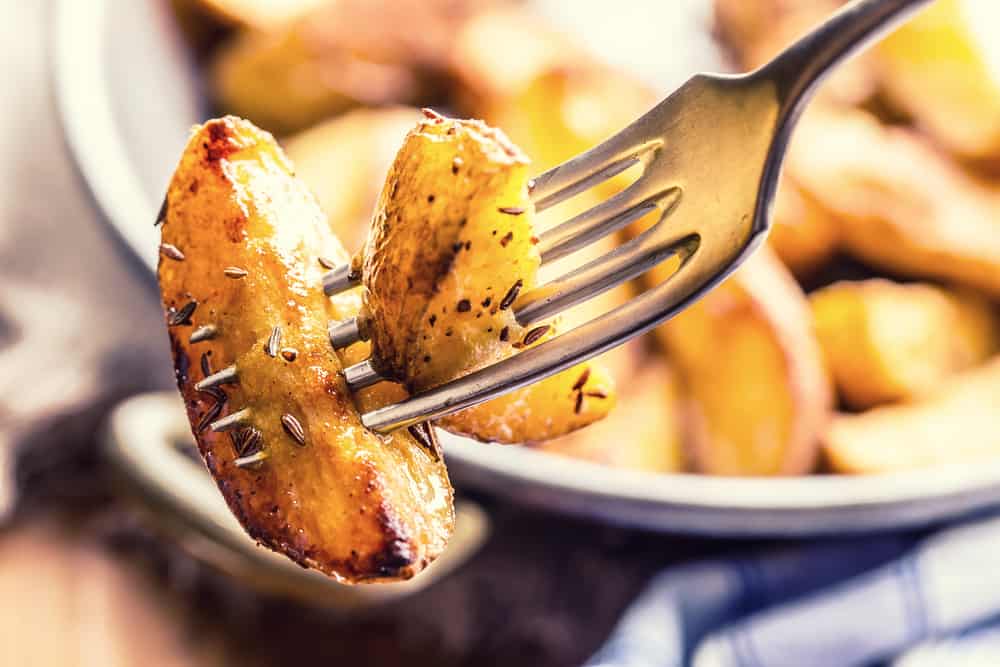 Depending on a person’s height, weight, and age, everybody should eat anywhere from two to four servings of vegetables every day.

That doesn’t mean that everyone gets the nutrients they should, though.

In fact, only 9.3% of adults don’t eat the recommended number of vegetables.

In 100 grams of boiled potatoes, you can expect to consume the following nutrition:

As you can see, potatoes aren’t super high in fat or sugar. However, they have a lot of carbs. Carbs eventually turn into sugar.

When cooked properly and eaten in moderation, potatoes can provide a significant number of health benefits.

Potato skin contains a large number of antioxidants, especially polyphenols, as well as 28% of the daily recommended amount of vitamin C.

To make the most of the potential health benefits of potatoes, you simply need to eat them with certain considerations.

As delicious as French fries and potato chips taste in the moment, the oil adds a LOT of fat.

You should also keep the skin on the potatoes to get the nutrients that are only found in the skin.

Finally, you should only eat potatoes in moderation.

While baked potatoes may not be super high in fat, they do have a lot of carbs that can turn into sugar.

It’s best to bake potatoes if you want to retain all of the nutritional value available.

Steaming the potatoes is the next best way to cook them to retain the nutrients.

Boiling the potatoes can cause some of the nutrients to become lost.

While some people don’t think that it’s best to use a microwave, the microwave will allow you to retain all of the nutrients as well.

However, not all potatoes microwave well. 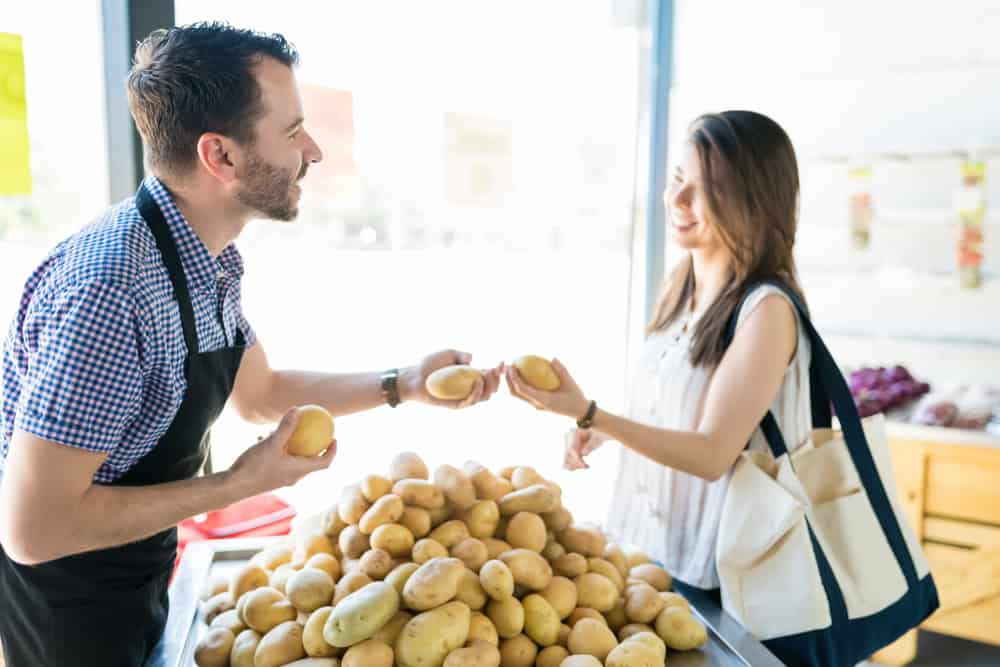 One of the main reasons potatoes became so popular is that it doesn’t cost a lot to grow them, meaning that they don’t cost a lot when they get to the grocery store.

It costs roughly $2,000 per acre to grow potatoes, and the farmers will reap roughly $700 per acre.

It doesn’t hurt that, in some areas, farmers can grow potatoes all year long.

To save the most money, it’s best to go with the bags of potatoes as opposed to the loose potatoes.

History Of The Humble Potato 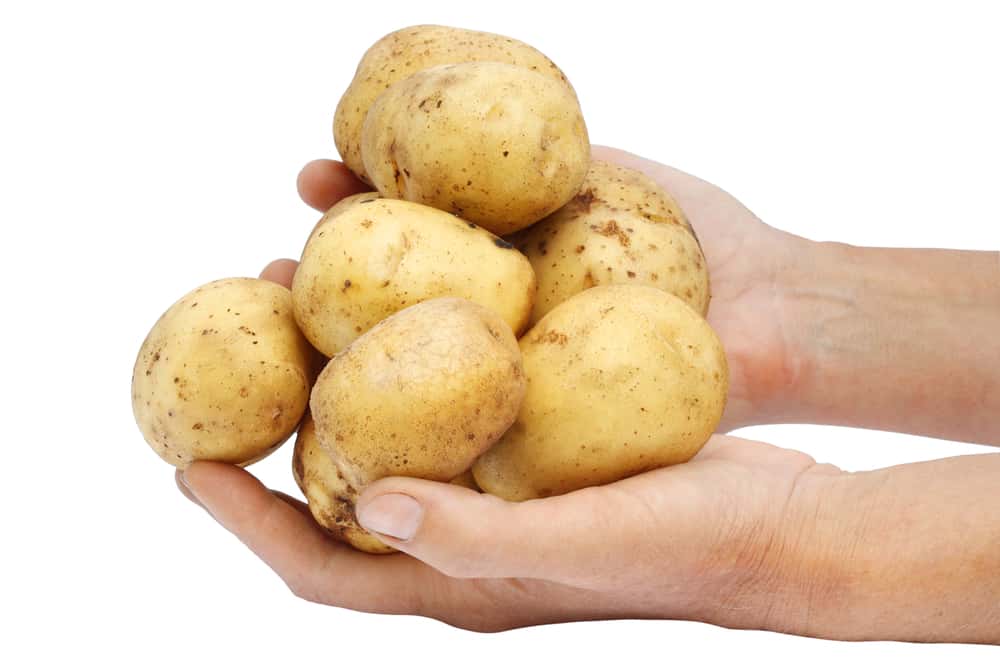 It didn’t take long for the rest of the world to learn about this amazing plant, though.

When Spaniards came to Peru, they learned how to grow the new food and brought the plant to Europe.

Sir Walter Raleigh brought potatoes to Ireland in 1589, and the vegetable slowly gained popularity over the next 40 years thanks to its high nutrient content and inexpensive cultivation.

Some people noticed an increase in population wherever people started eating potatoes.

When Ireland experienced a potato famine years later, it became apparent how much people in Europe relied on potatoes.

Luckily, the famine ended, and people could enjoy potatoes in their stew again.

It didn’t take people long to realize that one could make alcohol from potatoes, too.

Many countries, such as Russia and Poland, make vodka from potatoes.

As potatoes grew in popularity in Europe, they were still not extremely popular in the United States yet.

In fact, they didn’t become popular until the Russet potato was developed in Idaho in1872.

Today, Russet potatoes are used to make the majority of French fries in the United States.

Today, more than a billion people live off of at least one potato a day.

As interesting as the history of this vegetable is, potatoes will undoubtedly be a part of our future as well.

In 1995, NASA discovered how to grow potatoes in space, giving us a positive outlook on how to feed astronauts and other people as we move out into space. 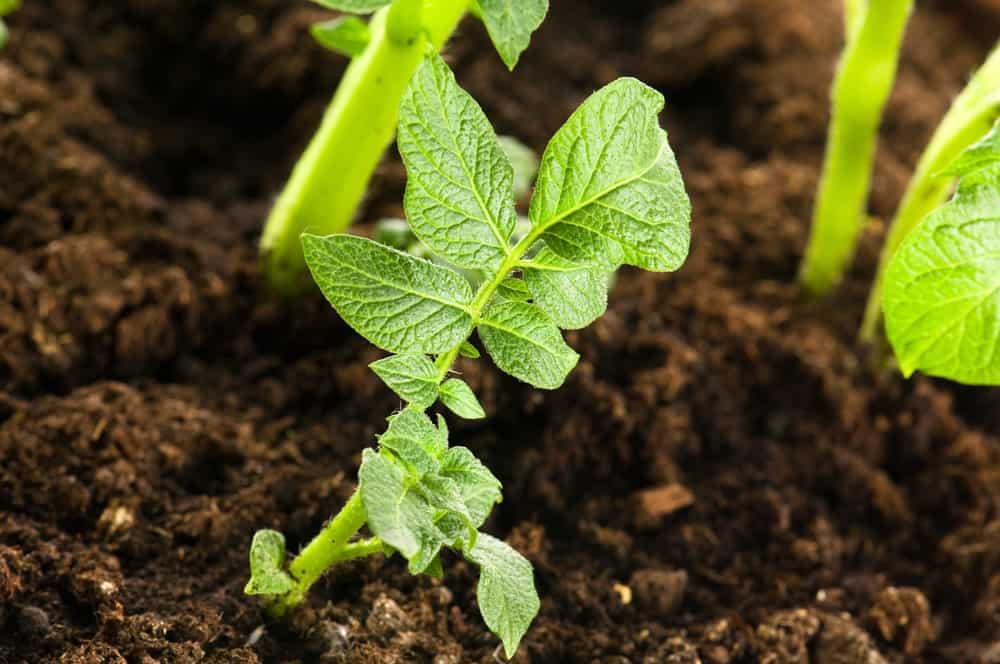 You can always buy potatoes at the store, but why not grow your own potatoes?

With the right knowledge, you can grow your own potatoes in almost any climate.

Ideally, you will want to plant the potatoes into the loose soil when it is a temperature of 45 degrees to 55 degrees Fahrenheit.

If you can, you should use fertilizer.

You should also plant the potatoes about three feet away from each other in a spot that gets at least six hours of sun a day.

With that being said, you also want to keep the potatoes from getting too much sun, which can cause photosynthesis and turn the potatoes green.

If you live somewhere cold, you can plant the potatoes in the late winter so that they grow throughout the spring season.

If you live in a warm climate, plant them in the fall so that they grow throughout the winter.

One of the biggest pests you’ll run into while growing potatoes will be the yellow/orange and black potato beetle.

You can try natural pesticides to keep your plants safe.

If you do notice beetles, you will need to remove the bugs as well as any eggs under the leaves.

The first potatoes may be rather firm.

The potatoes are officially ready when you notice the foliage starting to die on the plant.

After you harvest the potatoes, you should store them in a cool and dry place to prevent additional growth.

You can tell when your potatoes are bad when they start to shrivel up.

You can still eat potatoes even if they have little sprouts growing from them.

You may be tempted to clean the potatoes as soon as you harvest them from the ground, especially considering they are probably covered in dirt.

However, it’s best to wait to clean them until later.

They have delicate skin and could be damaged with vigorous cleaning.

You can gently brush off any excess dirt, but it’s best to leave the more thorough cleaning for just before you prepare them for eating. 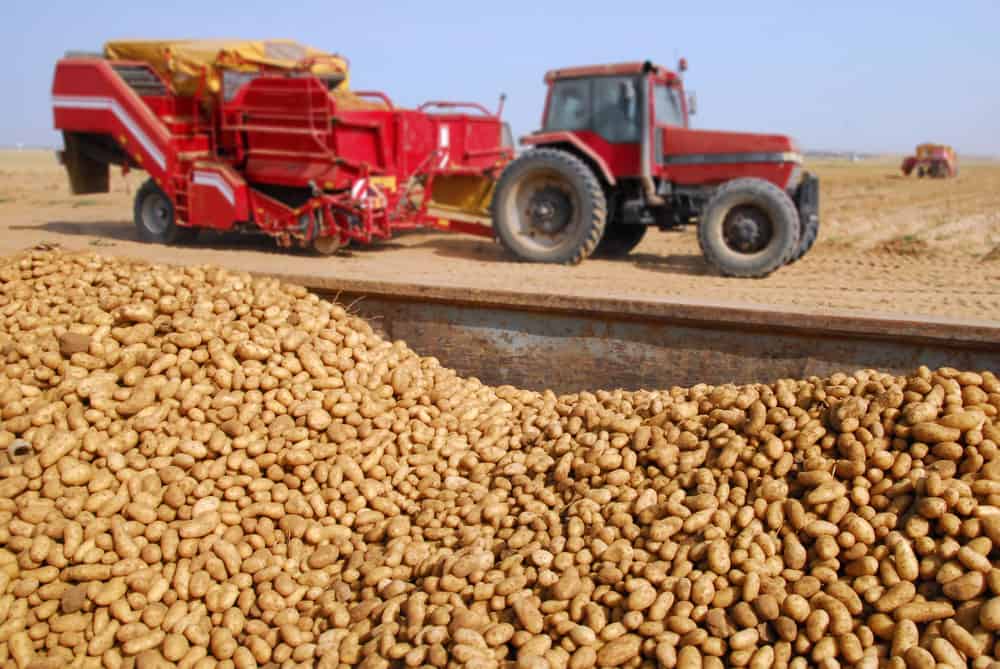 Most Americans associate potatoes with Idaho.

However, does that association hold up?

We researched the countries that produce the most potatoes:

These countries happen to be the top potato consumers in the world as well.

After milk, potatoes are the most consumed food in America.

Idaho produces the most potatoes in the United States by far, followed by Washington and Wisconsin. 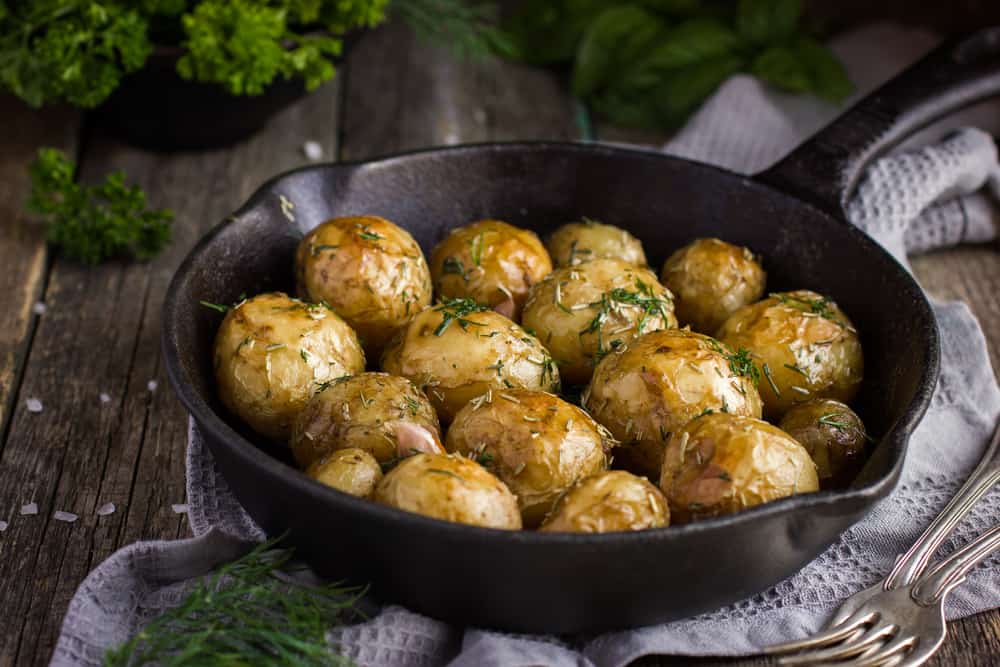 “I like baked potatoes. I don’t have a microwave oven, and it takes forever to bake a potato in a conventional oven. Sometimes I’ll just throw one in there, even if I don’t want one, because by the time it’s done, who knows?” ~ Mitch Hedburg

You will enjoy potatoes more and get the most nutrients from them if you cook them properly.

While cooking a potato may seem simple, many novice chefs make some simple cooking mistakes.

Here are some tips for cooking potatoes.

1. Keep The Peel And Starch

The peel on the potato and the natural starch can add to your meal.

The peel contains a large portion of the nutrients.

In addition, the starch can act as a rising agent.

You will want this rising agent to contribute to the thickness of certain dishes, such as scalloped potatoes and latkes (potato pancakes).

It also ensures that things stick together properly.

The starch will remain on the potato as long as you don’t rinse it off.

That’s why baked potatoes take so long to cook.

When baking a potato, you need to cook at a low temperature for a long time.

It takes roughly 90 minutes to cook a potato at 300 degrees.

However, if you absolutely must, you can speed up the process to cook the potato in 45 minutes at 450 degrees.

How you place the potato in your oven can determine how it turns out.

You want the potato to get enough heat from all sides.

You also want the potato to retain the heat it receives.

Instead of placing the potato on a sheet tray, put it directly on a wire rack.

The holes in the wire rack prevent one part of the potato from not receiving the same amount of heat since it’s against the pan.

You may want to wrap the potato in foil to help it retain heat.

If you like a dryer potato with a crispy skin, you can get the same results without foil by cranking up the heat for the last couple of minutes you bake it.

Certain foods benefit from having seasoning and marinade before cooking it, such as steak.

However, you shouldn’t do that with potatoes.

In fact, you should wait to add oil and salt until the very end of the process after you take them out of the oven.

Once the potatoes become cool enough to handle, apply oil and salt before serving.

You should also cut the potato open at this point, while they are still hot.

Furthermore, the potatoes get the opportunity to release some of the moisture inside of them.

If they don’t release the moisture, it can cause your potatoes to become mushy.

A potato is a vegetable by definition and by law.

While they have more carbohydrates than some other vegetables, they also have a lot of nutrients and helped feed people in some of the darkest days of human history thanks to how easy they are to grow.

You can even grow your own potatoes in your garden.

Whatever way you get your potatoes, cooking them properly is easy with just a little bit of proper instruction.

Enjoy your potatoes this holiday.

Just enjoy them in moderation and stay away from the French fries. 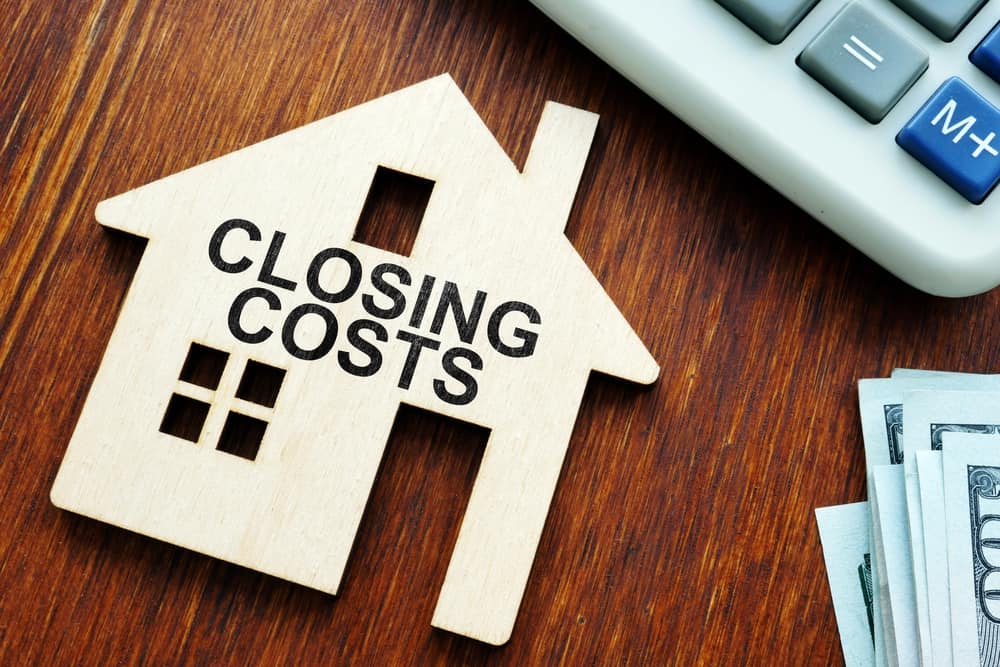 Why Are Closing Costs So Expensive? (10 Reasons) 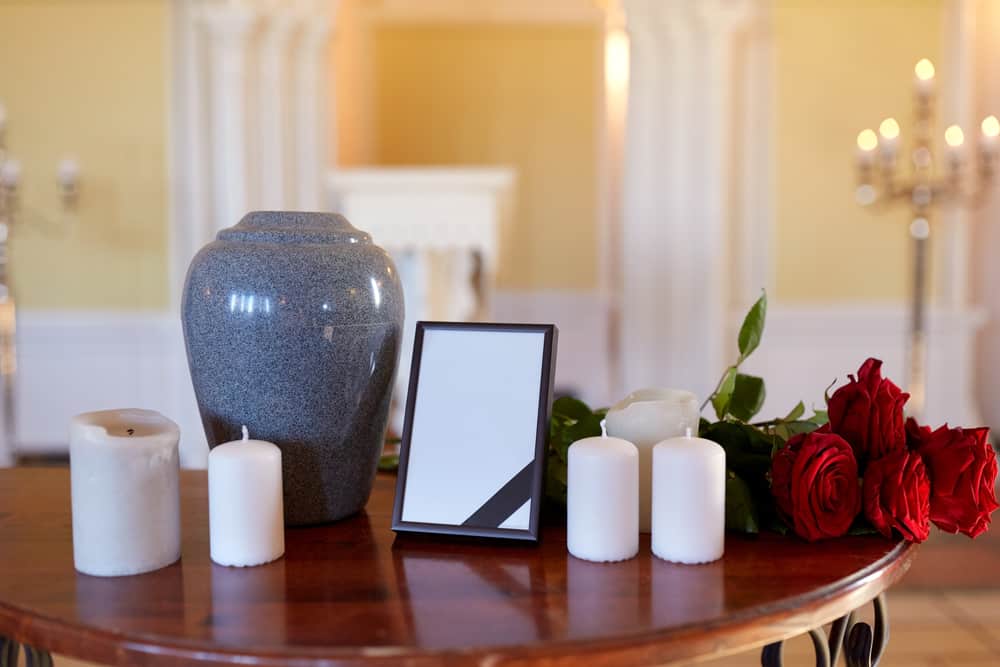 Why Is Cremation So Expensive? (10 Reasons) 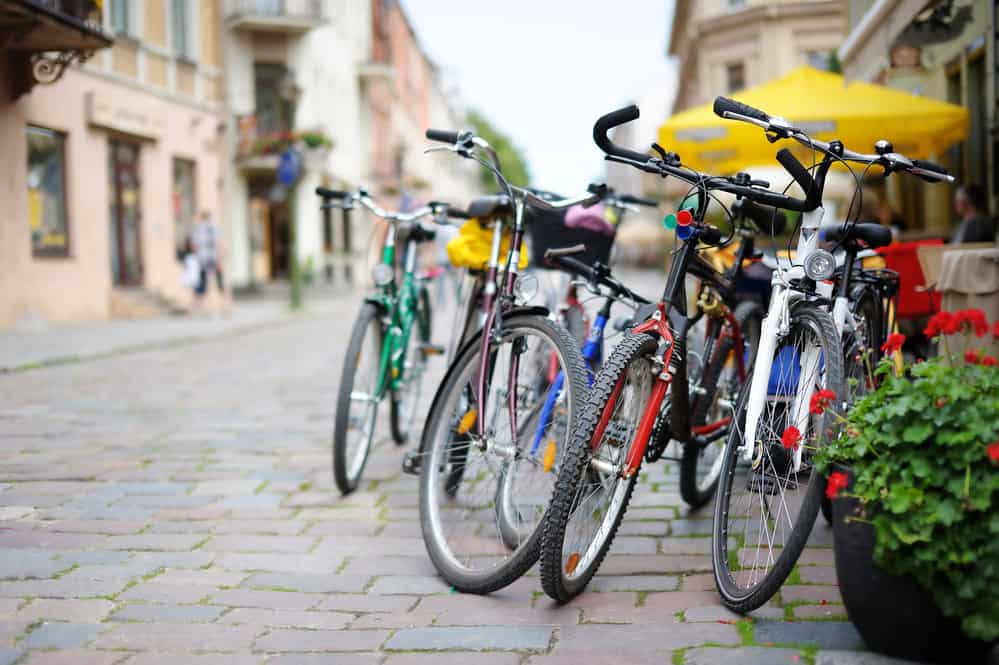 Why Are Bicycles So Expensive? (10 Reasons)

Are Potatoes Vegetables Or Fruits? (Explained)