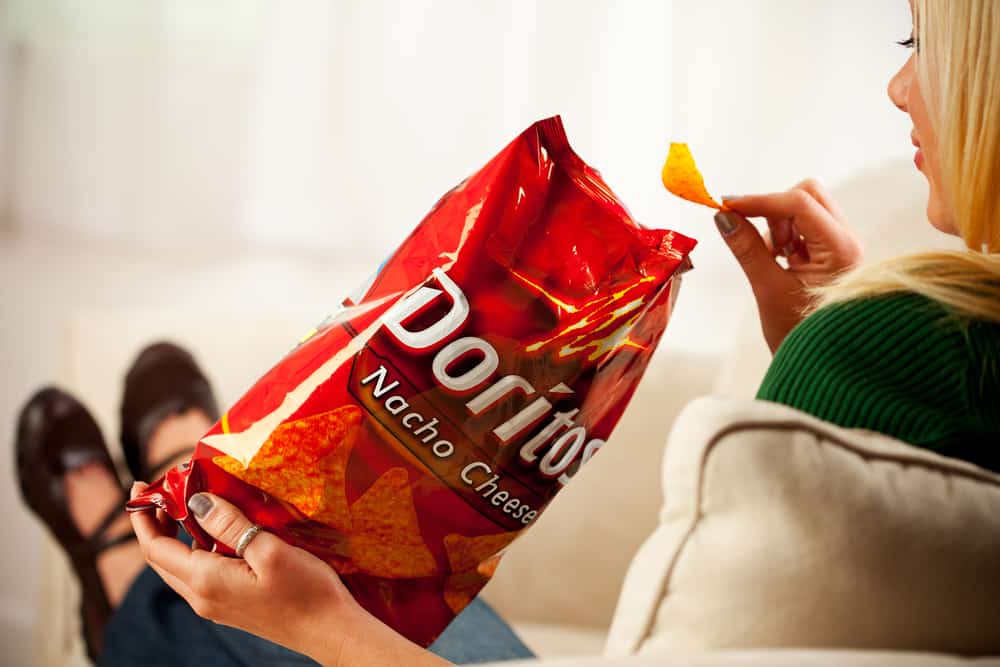 The Jacked line was introduced in 2012 as a way to give fans a bigger and bolder Doritos experience, specifically 40% bigger in size and thickness.

However, the bigger and bolder experience of the Jacked line has disappeared from stores and left fans disappointed and confused.

Is the line discontinued or experiencing delays in manufacturing like many other products are? 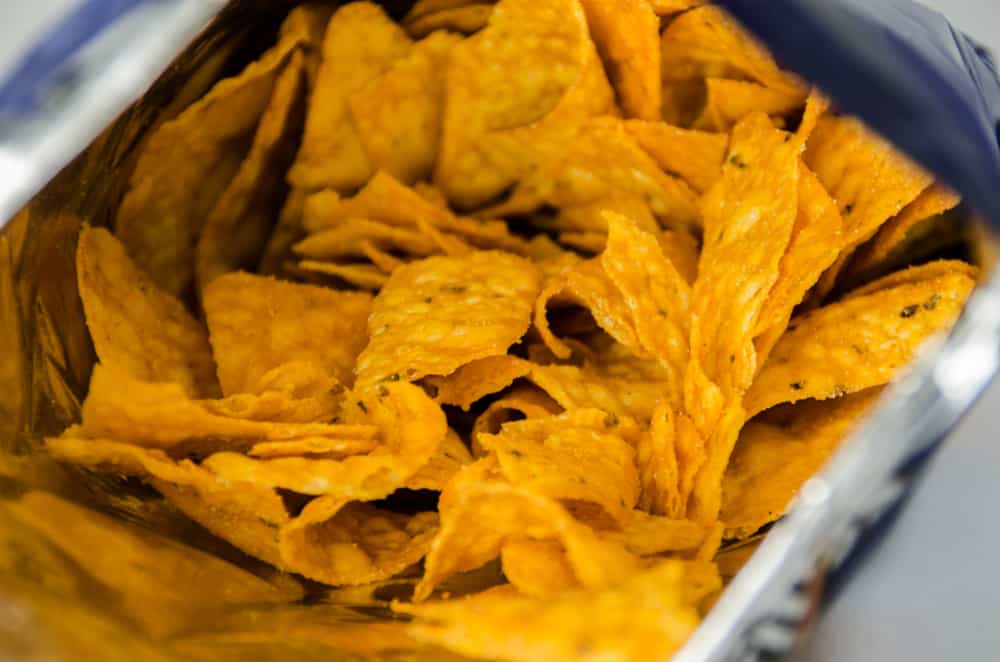 It was an unexpected move by the company that left many fans disappointed.

The reasoning behind the snack being discontinued is unclear, and there does not appear to be an official press release or social media announcement from Doritos regarding it.

This lack of upfront discussion on the topic likely makes fans more confused about the status of the Jacked line, whether it will return in the future or is gone for good.

Rumors Of Doritos Jacked Being Discontinued 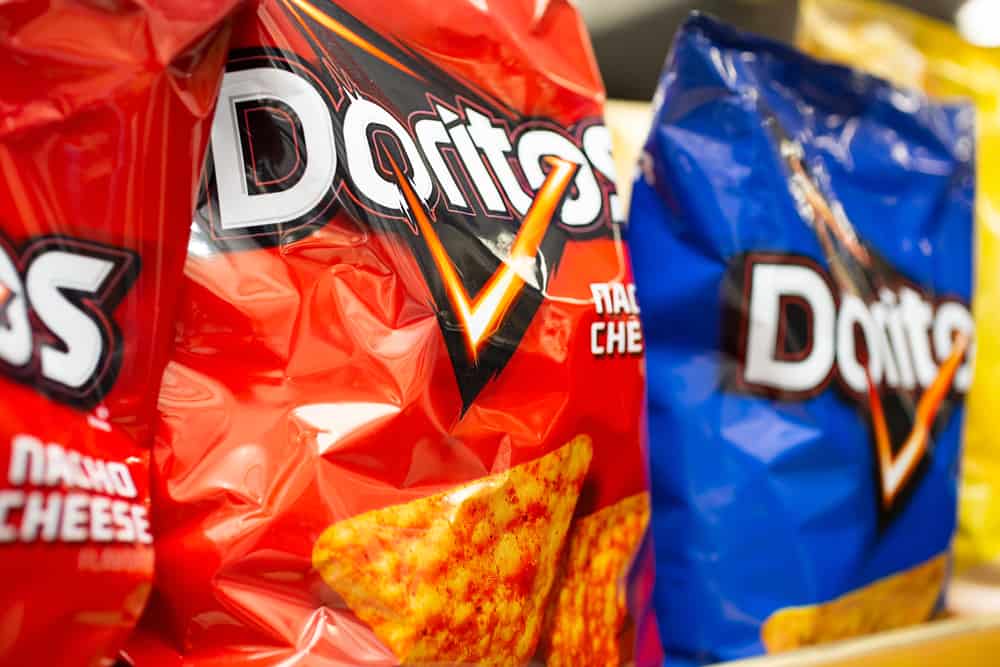 Fans have utilized many platforms to request answers from Doritos or FritoLay as to why the line has been discontinued but most have not received a response.

On Twitter, the rumors about Doritos Jacked being discontinued go back as far as 2016, when Frito Lay responded to one Twitter user’s post recommending that they check out their locator for the snack rather than commenting on the initial question of whether it is discontinued.

However, 2019 is when the majority of complaints about the missing chips could be found on Twitter.

Amazon’s Consumer Relations Manufacturers have even responded to comments on Amazon stating that the chips have been discontinued but that they will share the customer’s interest with the Doritos team with the hopes they may reconsider in the future.

One person, Randi Cady, has been fortunate enough to receive a response from Doritos although it is not the response she wished for. 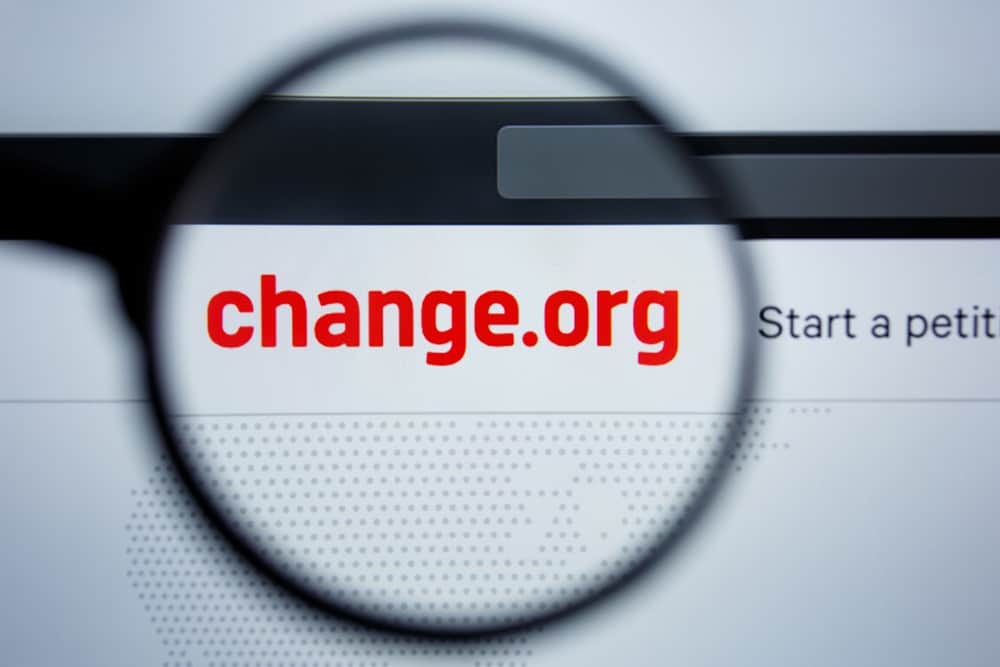 Randi Cady began a petition on change.org requesting that fans of Doritos Jacked sign it, in the hopes it may convince Doritos to bring back the flavor.

The petition has 66,900 signatures at the time this article is written.

Randi commented on the petition that as of February 2022, she has not had a response from Doritos or its owner FritoLay.

She has been sending the company updates on the petition, and rather than a true response, she has received only coupons from FritoLay.

On the petition, Cady states that FritoLay told her that the chips were discontinued due to a “simple lack of people purchasing the particular flavor.”

Although many responses on the petition do not believe this reasoning is true.

Other Responses To The Product Being Discontinued 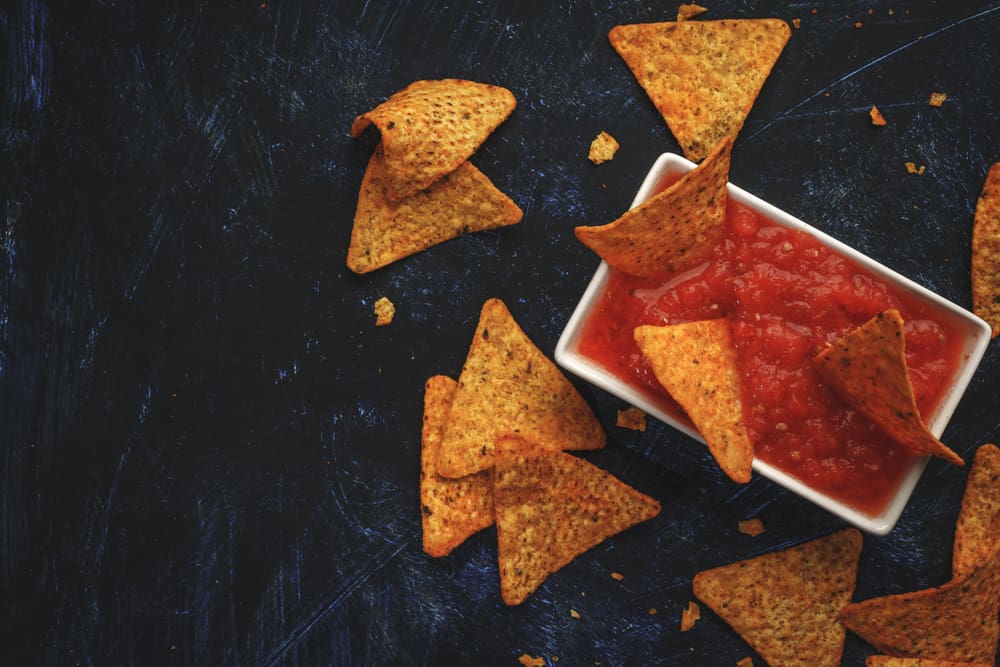 Even though the snack has been discontinued for a few years, Twitter continues to see regular tweets from users asking for Doritos Jacked to have a comeback since they disappeared for good in 2019.

Interestingly, Instagram does not seem to have the same disappointed fans following the Doritos Jacked line.

There are a wide variety of Instagram posts from users about Doritos Jacked, many posting that the Jacked line is among their favorite flavors that the company has released.

However, after the product was discontinued, there are surprisingly few posts or comments to be found by Instagram users in protest.

This could be due to the convenience and wider exposure of posting on Twitter, rather than on Instagram.

Another potential reason is the popularity of these platforms at the time.

It may be possible that Twitter was more regularly used to spread information and news from 2015 to 2019 while Instagram has only seen an increase in use since 2020.

It is important to note that each individual will have their own methods of obtaining their news and social media preferences, but it is a fact that Twitter appears to bear the brunt of the most negative comments. 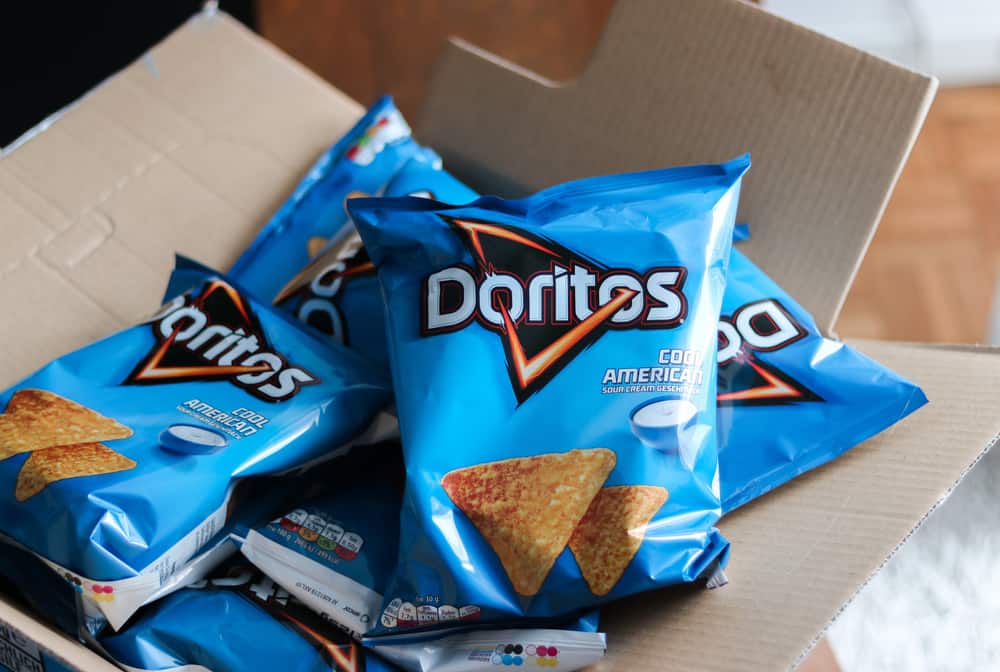 While fans may rave over the loss of the beloved Doritos Jacked chips, there are surprisingly very few tweets directly from Doritos regarding the chips even though the Doritos Twitter account is very active.

The lack of social media from Doritos regarding Doritos Jacked is so minimal that it may suggest the chips were not as popular as fans made them out to be.

Doritos tweeted mysteriously in October 2022, almost mockingly about everyone asking for the return of Doritos Jacked and turning it into an opportunity to promote their Doritos Triangle Island collaboration with Fortnite.

*everyone asking for Doritos Jacked to come back*
Us: Okay, but what if we created #DoritosTriangleIsland…anyways drop in at https://t.co/ttOFUNJZf4 pic.twitter.com/hazmKpkHUn

Going back further to 2021, Doritos teased Twitter users with a photo of the Doritos Jacked Ranch Dipped Hot Wings and the comment, “We used to be a country. A proper country.”

We used to be a country. A proper country. pic.twitter.com/ZO4iOz7yfV

The tweet received more than 100 retweets and replies from fans asking them to bring the chips back.

Doritos replied to very few of the retweets, but one comment made by the company likely meant to entertain the Twitter user insinuated that, because the tweet was posted after 5 pm and no longer was within business hours, Doritos couldn’t take action.

It is important to note that the Doritos Twitter account can only be viewed as far back as November 2019, so it is likely that there may have been more tweets regarding Doritos Jacked that no longer exist for users to view.

Additionally, the Doritos Instagram page does not appear to have any posts about Doritos Jacked as far back as the page’s creation date in 2015.

Doritos is well known for its unique marketing tactics to get fans interested in new flavors.

In 2012, the brand outdid itself with a six-story tall concert venue designed as a Doritos Jacked vending machine.

The building was created for The Doritos JACKED MAXIM Party at the South by Southwest Music Conference and Festival in Austin, Texas.

In a Frito Lay press release, the company states that this rather unique release tactic of the Doritos Jacked line was “literally the Doritos brand’s biggest innovation ever.”

The launch party was in partnership with MAXIM and invited hip hop mastermind, Snoop Dogg, to headline the performances.

The party was designed to be over the top, to match the large size and over-the-top flavor of the Jacked line, and the attendees were the first to sample the line.

Another fun marketing tactic used by Doritos occurred in 2013 when fans were given the chance to win an unforgettable WWE experience.

Fans had the chance to win a SummerSlam viewing party through a promotion with Dollar General and Doritos.

Winners also would have the opportunity to become a WWE correspondent and interview a WWE superstar.

The press release stated that “by teaming up with WWE, we will deliver over-the-top experiences—just like our Doritos Jacked product line” with the goal of making it an unforgettable summer for fans. 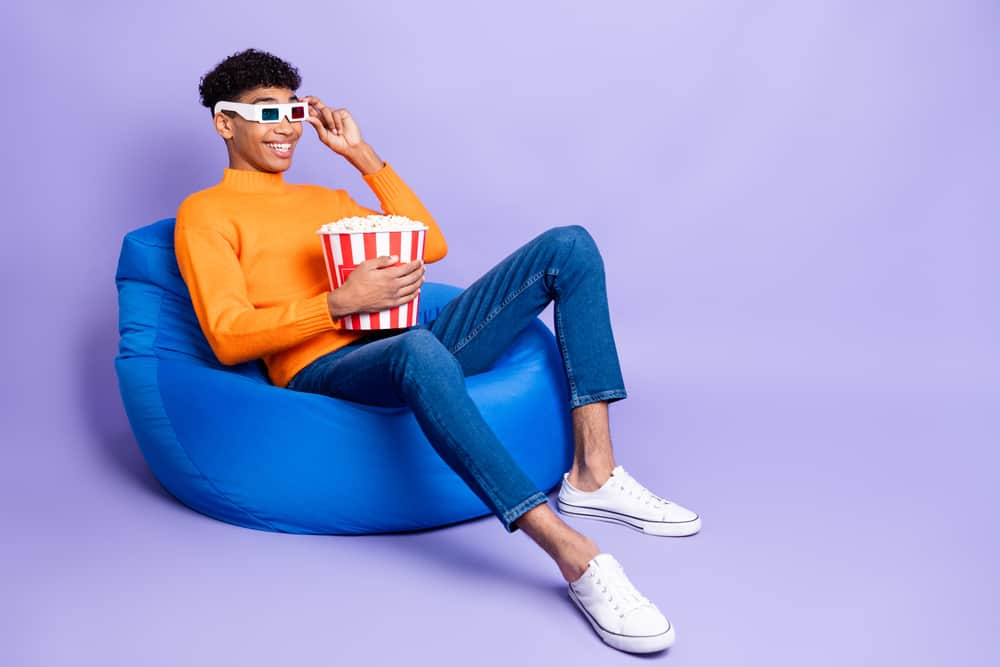 Unfortunately, since the discontinuation of the Jacked line, the website has since been removed.

Users could use their smartphones to scan the code on Doritos Jacked bags and receive access to videos from popular content producers.

The brand even released special Jacked 3D glasses to wear while viewing the content.

What Other Challenges May Have Caused The Discontinuation? 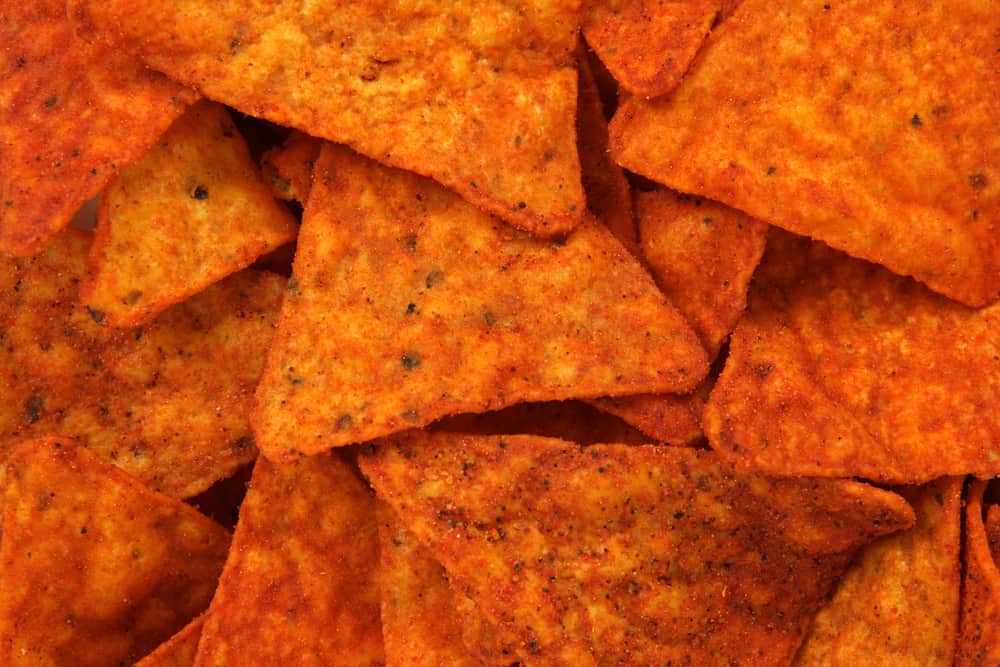 Even though Doritos nor FritoLay have made any comments on the reasoning for Doritos Jacked to have been discontinued, there may be some common themes that may provide some light on the situation.

The Coronavirus pandemic is often cited as the reason for products to disappear, but it is important to note that Doritos Jacked was discontinued before the topic of Covid19 even became popular in early 2020.

However, many workplaces were already experiencing shortages of workers even before the Coronavirus pandemic became prevalent.

Additional reasons common for a product to be discontinued are that it isn’t selling as well as expected, it is too expensive to produce, or similar products were being produced which replaced it in popularity.

Many Doritos fans can recognize that the company is constantly producing new, exciting products for its customers.

There is the potential that Doritos itself caused the infatuation with Doritos Jacked to disappear too quickly with the announcement of other new products.

Just check out their website or one of their social media accounts, where it appears they introduce a new flavor every month.

What Other Flavors Does Doritos Have? 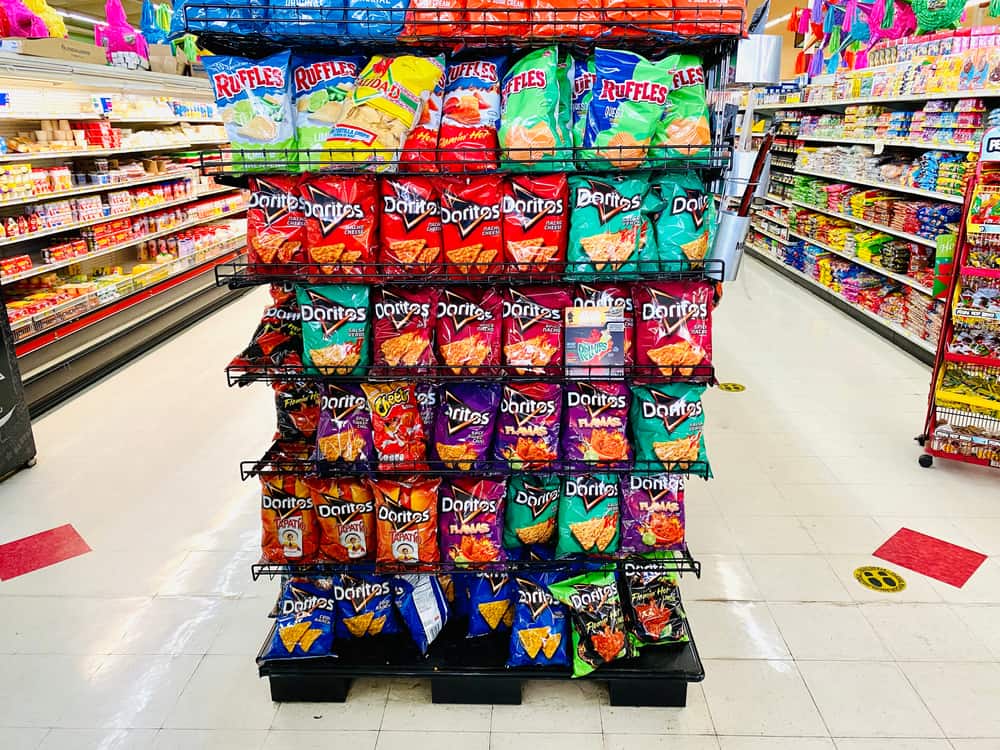 At the time of this article, the current Doritos Products include:

There are two limited-release flavors available as well, these are Doritos Roulette and Doritos Blazin’ Buffalo & Ranch.

Where Can I Find Doritos Products? 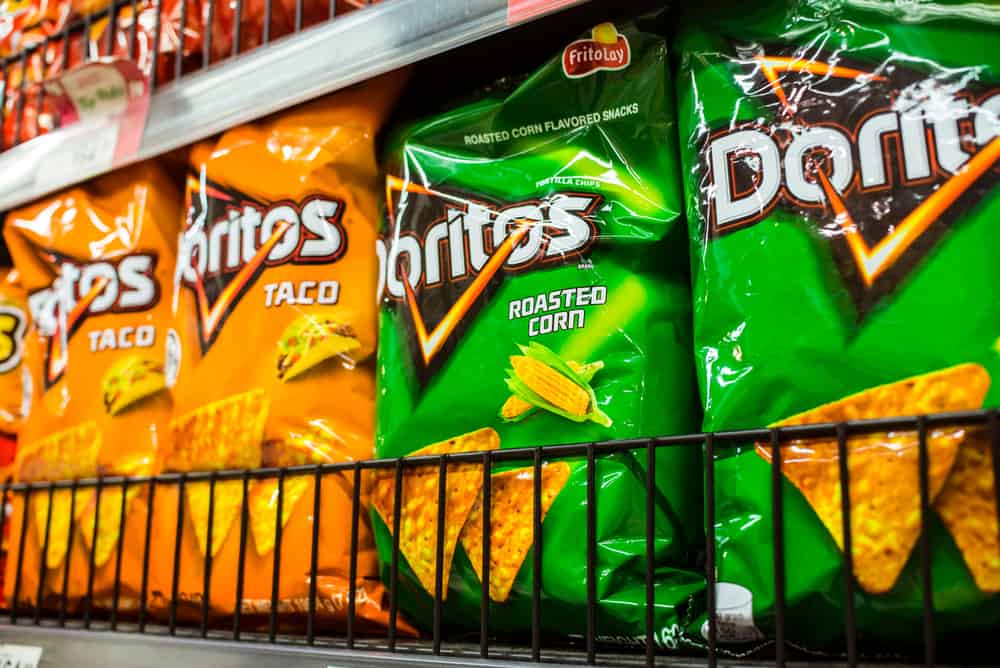 Doritos has a Where To Buy section of its website where users can input their city, state, and zip code to get a list of retailers that sell their products.

Common online locations to order their products include Amazon, AmazonFresh, Instacart, and Snacks.com.

Additionally, a good place to learn about the most recent limited edition products is on their Twitter page.

What Alternatives Are There To The Doritos Jacked? 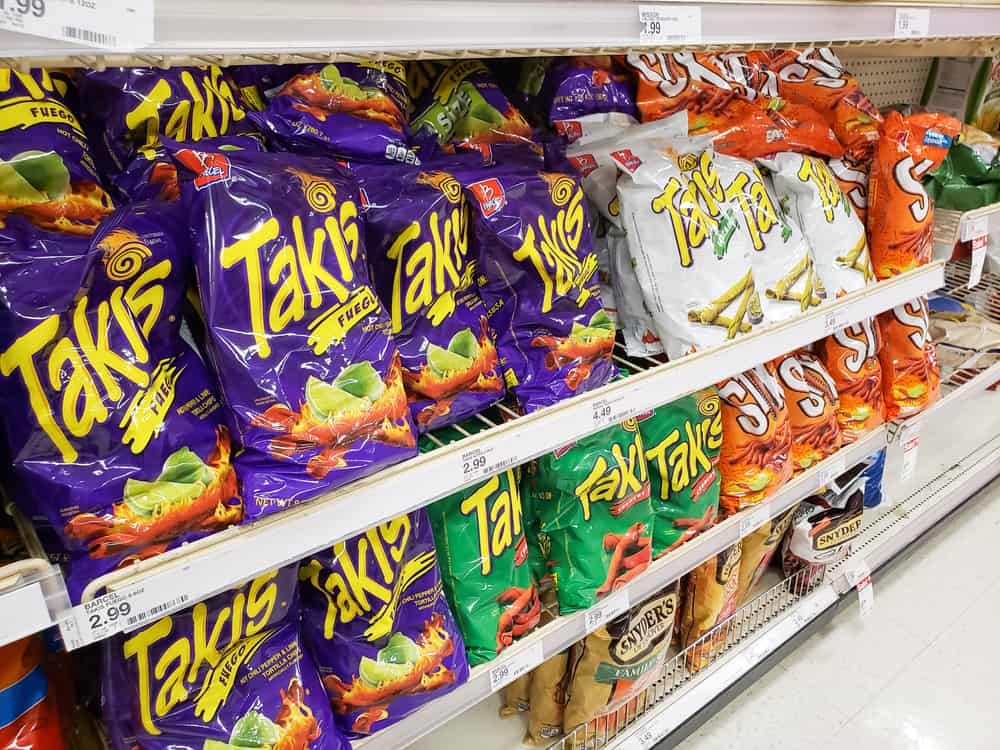 If you’re interested in finding a replacement for Doritos Jacked and want to try a flavor outside of the Doritos profile, this Reddit user posted their own list of suggestions they put together based on responses from others on the site.

This chip is described as being similar to Doritos Jacked in taste and dusting of flavor.

It also has the same “spicy/hot and addicting feeling of the Jacked Doritos.”

This chip has an incredibly similar taste and flavor dusting to Doritos Jacked.

The Reddit author believed it to potentially be the exact same flavor as the Doritos Jacked versions.

The only downside reflected by the writer was that not all chips in the pack have the same amount of dusting and therefore have more of a potato chip flavor than the Doritos flavors do.

The flavor dusting of Takis Fuego is very similar to Doritos Jacked, with a slight lime taste which has an extra kick.