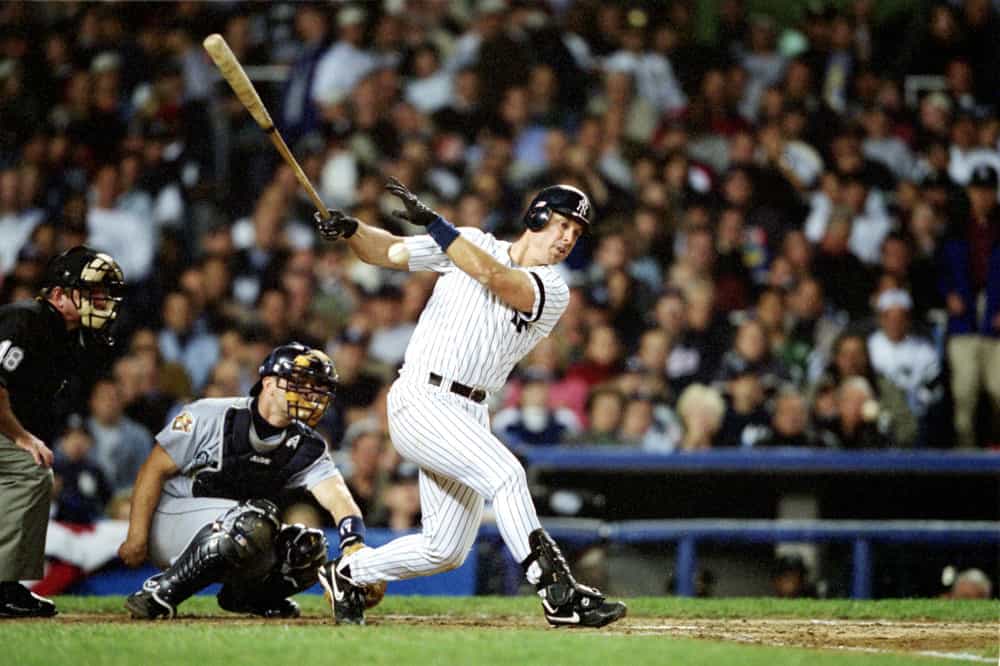 Former New York Yankees first baseman Tino Martinez was one of the core players in their dynasty in the late 1990s.

He was the heir to former team captain Don Mattingly, who retired in 1995.

This was a major hole to replace, but he stepped in and won the hearts of Yankee fans.

However, he is sometimes forgotten as being one of the better hitters in the MLB during that time.

An established player in the MLB prior to 1996, Martinez joined a team balanced between young and veteran players.

In this role, he took the next step in his career.

After his time with the Yankees, he lost his spot among the league’s best first baseman.

Whatever happened to Martinez, how did his career turn out and where is he now?

Consistency At First Base

Martinez broke into the league during the 1990 season with the Seattle Mariners.

However, he never played a primary role until the 1995 season, when he really established himself.

However, the Mariners elected to trade him to the Yankees that offseason.

In a package deal, the team got both Martinez and right-handed pitcher Jeff Nelson, who also played a big role in the Yankees World Series runs.

Martinez embraced the challenge of replacing Mattingly, who manned the position for 14 seasons in the Bronx.

He stepped right into the role during the 1996 season.

Tino Martinez is the greatest Yankees first baseman of the last 25-years.

I don’t think there’s a viable debate here. He produced and was in the middle of multiple championships.

That’s everything you want out of a guy who puts on pinstripes. pic.twitter.com/bTcchrU6LF

It was in 1997 that he really made a statement, though.

He was fourth in the league in home runs, also winning the Home Run Derby.

This performance was good to be the runner-up for the MVP award, being beat out by former teammate Ken Griffey Jr.

While he never matched that season, he continued producing for the Yankees through 2001.

Over this time, he was part of four World Series championships.

My dad just sent me this video he took of the Tino Martinez grand slam in Game 1 of the 1998 World Series. My dad used to bring his video camera everywhere 😂 This is when the Yankees had what it took to get over the hump EVERY. YEAR. pic.twitter.com/C4XmQKTHua

That offseason he signed a contract with the St. Louis Cardinals to replace Mark McGwire.

While he didn’t play terribly, he just wasn’t as productive as in the years before.

After that season, with the Cardinals planning on moving a young Albert Pujols to first base, the team traded Martinez to the Tampa Bay Devil Rays.

Finally, he concluded his career with the Yankees again in 2005, hitting 17 home runs with a .241 average.

Following his career playing first base, Martinez became a coach for the Miami Marlins.

He was hired in 2013 as a hitting coach for the major league organization, his first coaching job in professional baseball.

This didn’t ultimately pay off, as Martinez lasted less than a year in the position.

There were allegations from players on the team that Martinez was abusive.

While Martinez denied the reports, he resigned during the season.

After this, some of his notable positions have been as the hitting coach of the 2017 United States World Baseball Classic team and special instructor with the Yankees.

Either way, he is remembered fondly by Yankees fans who watched him as the team built their dynasty at the turn of the century.

He was a core piece of this, and developed himself into a fantastic hitter over his career.