You are here: Home / Sports / MLB / 3 Yankees Players Who Should Be In The Hall Of Fame 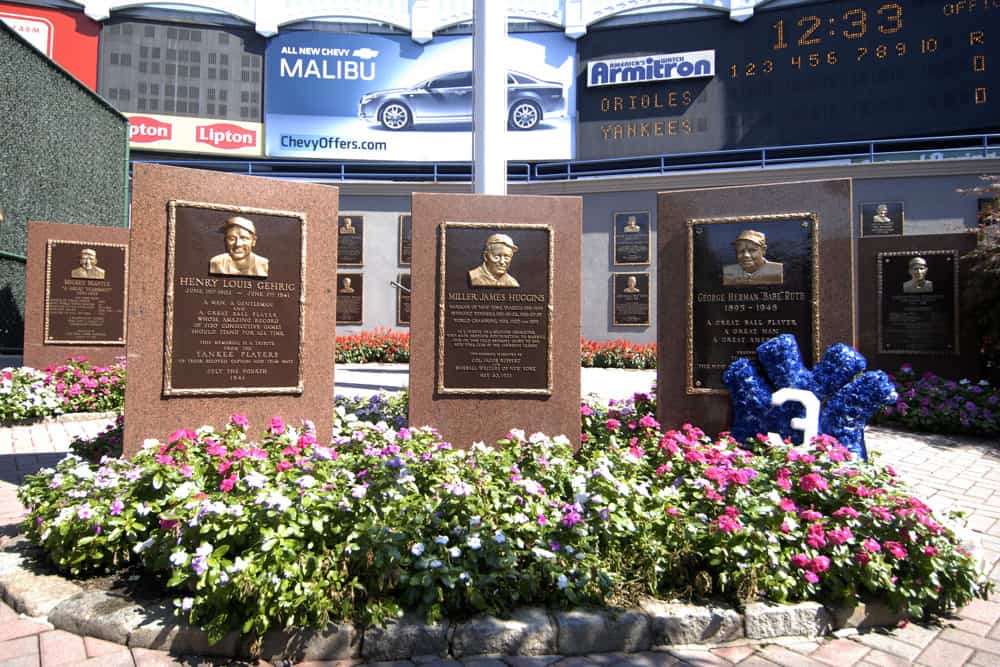 The New York Yankees have one of the most storied histories in all of sports.

It would be difficult to deny that the franchise has been the source of some of baseball’s most talented players and teams.

With 27 Hall of Fame inductees, they have the most by a comfortable amount.

The next closest team is the New York Giants, who have 20 total inductees.

Of course, everybody knows the team for the superstar names such as Babe Ruth, Lou Gehrig, and Derek Jeter.

However, there are even more players throughout the team’s history that deserve a spot in Cooperstown.

To avoid regurgitating some of the same names, a player like Roger Clemens will be just an honorable mention on this list.

He certainly deserves a spot though, as the argument is made in our article about former Red Sox who deserve to be elected in.

With this in mind, here are three former Yankees that should get consideration for the Hall of Fame.

During his time in the league, Munson was one of the best catchers in the MLB.

In his 11-year career, he had seven All-Star appearances, three Gold Glove awards and an MVP.

He was one of best offensive and defensive backstops in the MLB, consistently offering double digit home runs and a batting average over .300.

This made him the core of a competitive Yankees team that won back-to-back championships in 1977 and 1978.

However, his career was cut short when he tragically died in a plane crash during the 1979 season.

“Nobody on the Yankees will say the year is over. And nobody should. Anything can happen. But in a sense, anything already has happened. The look on all of the Yankees’ faces is enough for anybody to know that the year is over. The year ended when they heard that Thurman Munson was dead.” Dave Anderson of the New York Times wrote after Munson’s death.

This was at the young age of 32, which much of his career ahead of him.

He was named as the first captain of the Yankees since Gehrig, a prestigious honor in the franchise, in 1976.

While his career was cut short, he was on his way to achieving HOF qualifying numbers.

The statistics he did accumulate still should put him in Cooperstown, but the mark he left on his game and the tragedy of his passing deserves a spot.

During his time with the Yankees, Williams was the best hitter of their 90s dynasty.

Bernie Williams walk-off home run in the bottom of the 11th inning of Game 1 of the 1996 ALCS!

Yankees lost Game 2 before winning the series in five games. Team went on to win its first World Series title since 1978 pic.twitter.com/5NCuFJdssm

The switch-hitting centerfielder from Puerto Rico was a call back to an older style of hitting, becoming a beloved centerpiece for the team.

He was also a solid defender, winning four straight Gold Gloves from 1997-2000.

Even with this resumé, Williams earned less than 5% of the vote in 2013 and fell off the ballot.

With the Era’s Committee ability to elect players to the HOF even after their eligibility expires, he could be voted in from them.

Soriano is an interesting case for the Hall of Fame.

Based on traditional statistics, he should nearly be a shoe-in.

Alfonso Soriano should have one of the biggest home runs in World Series history.pic.twitter.com/3ZdBFCDJbA

He was a magnificent blend of speed and power, remaining clean in an era that was prevalent with steroid use.

He is also one of four members in the 40-40 club, nearly doing it twice in his career.

With the Washington Nationals in 2006, he finally broke the mark hitting 46 home runs with 41 stolen bases.

What hurts Soriano’s case is his poor defense and high strikeout numbers.

After leaving the Yankees, he moved to the outfield from second base, where he become a well below-average defender.

Because of this, his career wins above replacement are very low compared to other players.

However, he is the type of player that should challenge the use of advanced metrics to look at Hall of Fame talent.

He put up some staggering, Hall of Fame worthy numbers that he deserves credit for.

3 Yankees Players Who Should Be In The Hall Of Fame