You are here: Home / Sports / NFL / What Happened To Tim Tebow? (Complete Story) 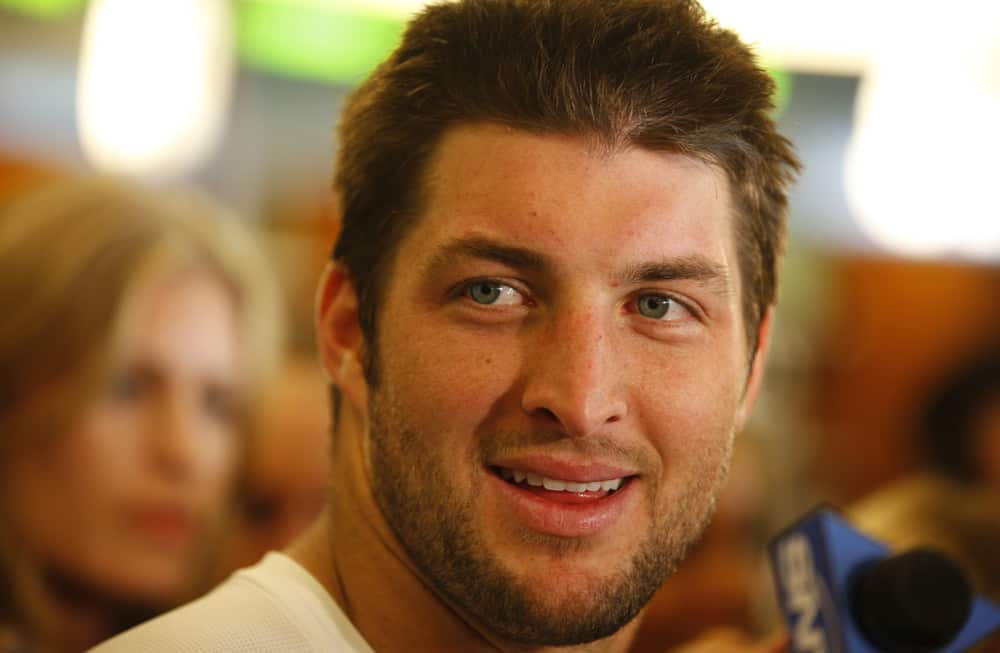 Many people will always remember the “Tebowmania” time in our lifetimes.

Quarterback Tim Tebow was as dominant of a college football player as we have ever seen.

At the time, Tebow seemed like a once-in-a-century type of football player.

He has stood the test of time and is still considered one of college football’s greatest players ever.

By the time Tebow entered the NFL draft, he was a household name.

What happened to him and where is he now?

Tebow’s high school coach played him at tight end in his freshman year.

Tebow arrived at the University of Florida as an All-American and made an immediate impact.

As a dual-threat quarterback, Tebow rushed for 2,947 yards and had 57 touchdowns on the ground.

He propelled the Gators and won the national championship in 2006 and 2008.

He was the first sophomore to win the Heisman trophy while throwing for 3,286 yards and 32 touchdowns in 2007.

He added 895 yards and 23 touchdowns on the ground that year as well.

Tim Tebow came off one of the most impressive CFB seasons ever and won the Heisman Trophy.

He also won the Manning Award in 2008 which is awarded the top quarterback in the country (as determined by the Sugar Bowl Committee).

Tebow In the NFL 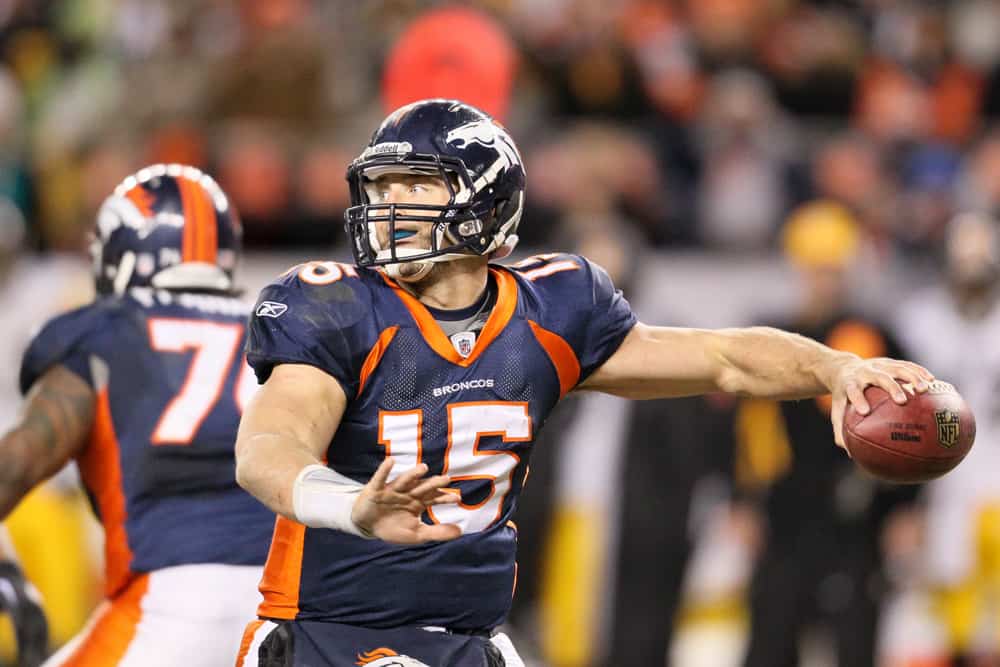 Despite Tebow’s success in college, many NFL scouts and talent evaluators questioned whether he could translate his success to the NFL.

Many suggested he should change positions in the NFL due to his rushing ability and stature.

Tebow was selected in the 1st round of the 2010 draft (25th overall) by the Denver Broncos.

After the Broncos started 1-4, he became the starter and led them to the playoffs.

He had the best game of his NFL career against the Pittsburgh Steelers in the playoffs.

He threw for a career-high 316 yards and two touchdowns, including an 80-yard touchdown throw to Demaryius Thomas to seal the playoff victory.

However, the following week the Broncos were blown out by the Patriots 45-10.

The following season, it looked as if Tebow was going to be given a chance to keep the job.

“Tim’s earned the right to be our quarterback going into training camp next year,” the Broncos’ vice president of football operations John Elway said after the season (via The Washington Post).

But, Tebow never played another down for the Broncos.

Behind the scenes, the Broncos coaching staff thought Tebow was “simply awful.”

They thought he struggled to read defenses, understand concepts, and had trouble executing the offense.

In 2012, the Broncos signed Peyton Manning, so Tebow was traded to the New York Jets for a few late-round picks.

After only 3 months with the Jets, rumblings began behind the scenes about Tebow.

“He’s terrible,” an anonymous defensive starter said (via the New York Daily News). “We don’t look at him as a quarterback,” another starter added. “He’s the Wildcat guy.”

Players and coaches claimed he was terrible in practice as well.

He ended his career with the Jets completing only 6 passes for 39 yards.

With New England, Tebow played in 3 preseason games, but only had a 36.7 completion percentage.

The Boston media had already been calling for him to be released.

Gerry Callahan of the Boston Herald wrote. “His coaches will say he was a joy to coach. Fans proudly will wear their No. 5 jerseys forever. Tebow will smile and bless us all as he walks out the door. And there will, finally, be no more mystery. Tebow will be gone, and we all will know why.”

He was cut before the season started.

Tebow hadn’t played baseball since his junior year in high school in 2005, but in 2016 he got the itch to pursue a professional baseball career.

He spent five seasons in the Mets minor league system with limited success.

In 2020, Tebow, who was born in the Philippines while his parents were serving as missionaries, announced he would play for the Philippines national baseball team in the 2021 World Baseball Classic which has since been postponed because of the COVID-19 pandemic.

Tebow Is An Announcer/Broadcast Personality

That’s why it wasn’t surprising that he ventured into broadcasting in 2013.

Tebow works with ESPN mainly on the SEC Network.

As parents of missionaries, Tebow has never been shy about sharing his Christian faith.

The Tim Tebow Foundation was established in 2010 and pursues many charitable projects.

Among the most notable is Night to Shine, a prom event for special needs individuals.

Through various philanthropic efforts, Tebow tirelessly advocates for children in both his home state of Florida and his country of birth, the Philippines.

The latest title Tim Tebow has added to his name is husband.

Congrats to Tim Tebow and his wife. They are both Married. God Bless You both @TimTebow pic.twitter.com/ko1AFVxDSD

His next role may be fatherhood.

Tebow has never been shy talking about his desire to become a father either biologically or through adoption.

Tim Tebow is a sports figure whose personality and brand has transcended sports.

He is an excellent role-model in all of his endeavors.

The Broncos Channel A Meme To Welcome Sean Payton

Broncos Insider Updates The Drama Of The HC Search

The Broncos Continue To Express Interest In A Top HC Candidate

Broncos Fans Stepped Up To Help In A Hilarious Way