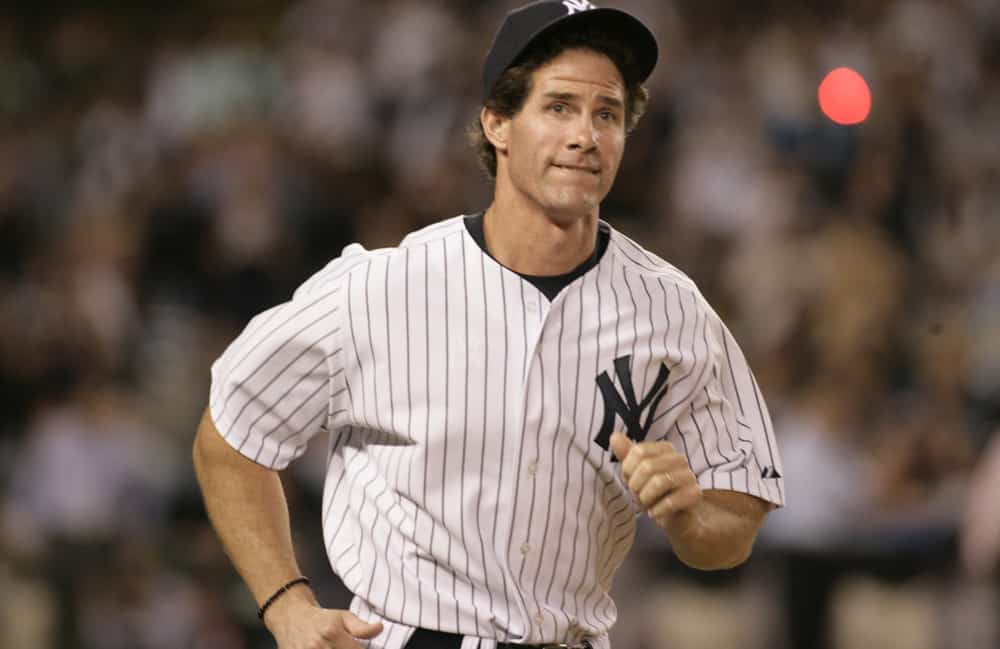 Former New York Yankees right fielder Paul O’Neill was one of the most loved players on the Yankees’ dynasty.

He was a fiery personality with a sweet swing from the left side.

O’Neill joined the Yankees prior to their championship runs and became a cornerstone of those teams.

While much of those teams were built on a youthful foundation, O’Neill gave them a veteran presence.

11/3/1992 – The Reds trade Paul O'Neill and Joe DeBerry, a minor leaguer, to the Yankees for Roberto Kelly. Pretty good deal for Yanks. pic.twitter.com/FT9PXCsJD3

Since ending his career, he has remained close to the sport and with the Yankees.

What happened to him and where is he today?

O’Neill was drafted by the Cincinnati Reds in the fourth round of the 1981 MLB Draft.

He came back the next season as a starter for the Reds.

This marked a string of seasons that were solid, but not amazing.

He quickly developed himself into a serviceable major league right fielder during his time with the Reds.

O’Neill also started to earn the reputation as a hot-head that didn’t hold his emotions back on the field.

An example of his was when he kicked a ball in the outfield out of frustration and saved a run.

He was also a central part to the Reds’ 1990 World Series winning team.

His most notable season with the team came in 1991, when he set a career high for home runs with 28.

He also posted a .256 batting average with 91 RBI on the way to his first career All-Star appearance.

However, he struggled the next season, as his power numbers dropped by half and his batting average dropped to .246.

At a crossroads in his career, it was clear that the then 29-year-old needed some kind of jumpstart.

After the 1992 season, the Reds traded O’Neill to the Yankees.

The Yankees traded for Paul O'Neill on this day in 1992, sending Roberto Kelly to the Reds. pic.twitter.com/qa9nv7VetH

Here, in a new organization, he found new life.

In his first season with the team, he hit 20 home runs and had a .311 batting average.

The next year was even better as he shined in the strike-shortened 1994.

He had finally established himself as a talented and adept hitter in the MLB.

At this time, the Yankees’ fortunes on the field began to turn as well.

This would set up a 1996 season that sparked a dynasty in New York.

A Cornerstone Of The Yankees Dynasty

His true legacy in the Yankees franchise would come over the next six years.

He hit .302 with 19 home runs in this season as the Yankees made a run all the way to the World Series.

Here, the team came back from a 2-0 deficit and won the championship.

The next season, O’Neill once again became an All-Star as he hit .324 with 21 home runs.

However, 1998 would be one of the most well-rounded seasons of his career.

In the heart of a Yankees team that is considered one of the best all-time, O’Neill slugged 24 home runs with 116 RBI and a .317 batting average.

The Yankees dominated the MLB this season, easily winning the championship.

However, it would be the beginning of the statistical drops for O’Neill.

Up to this point, he had posted six straight years with a batting average over .300.

The Yankees still won the World Series in each of those seasons, bringing the total up to four World Series wins in five years.

An aging superstar, he decided to retire after the 2001 season.

On top of that, he added five World Series rings.

Quickly after he retired, O’Neill became a broadcast analyst for the Yankees.

He would periodically serve as a color commentator in the booth where he remains today.

Paul O’Neill went to check on Gary Thorne after that Gleyber bomb to make sure he was still alive 😂😂😂 pic.twitter.com/sqLyEeXU26

Most Yankees fans love the variety he brings to the booth, including stories from his time with the team.

While his number hasn’t yet been retired, many have called for it to be immortalized.

The team did however honor O’Neill in 2014 as they gave him a plaque in Monument Park.

“When I look at this plaque and I think about what the Yankees mean to the sports world, basically, they are the best,” O’Neill said. “That’s just the way it is.”

O’Neill was a beloved member of the Yankees dynasty and fans of the franchise will look back on his career fondly.

He was a source of energy for a team that dominated the MLB.