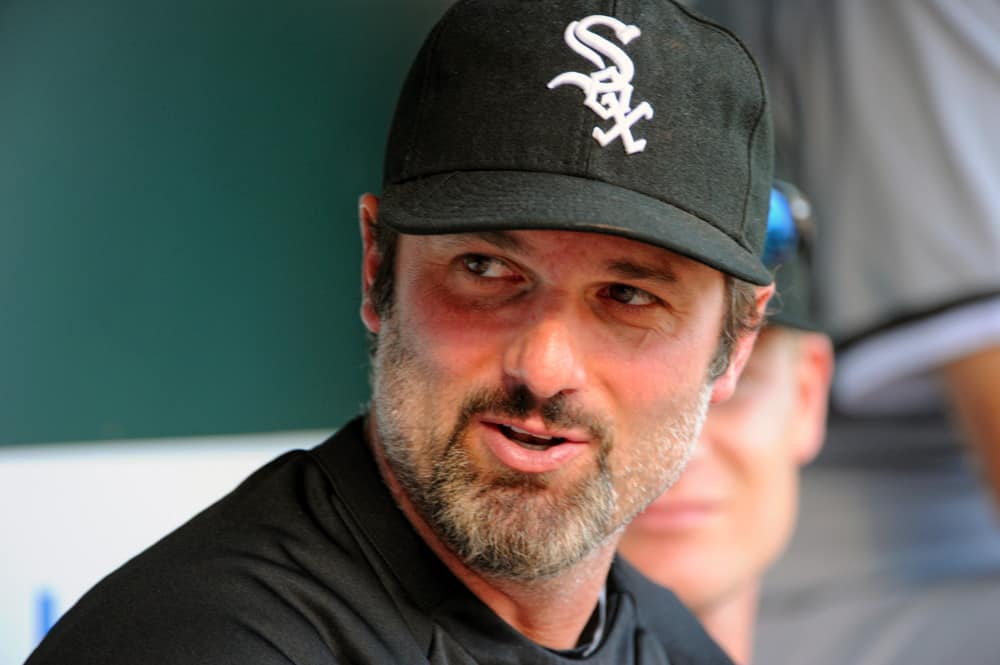 However, he was commonly underrated and undervalued on the field.

He was the core of the White Sox, becoming one of the best players in franchise history.

By the end of his career, he put together a resumé that many would envy in league history.

Here is a look at the complete story of the beloved White Sox star, and where he is at today.

Face of the Franchise

Konerko was drafted by the Los Angeles Dodgers in the first round of the 1994 MLB Draft.

He was fast tracked to the majors, even after being taken out of high school.

However, it took some time for him to find a spot in the MLB.

After struggling in his first few seasons with the Dodgers and Cincinnati Reds, Konerko was traded to the White Sox for Mike Cameron.

20 years ago today, the #WhiteSox traded for Paul Konerko.

And Sox fans would never look at the number 14 the same way again. pic.twitter.com/TB44HYhM38

Here, he finally made his presence known.

In his first season with the White Sox, Konerko hit 24 home runs and posted a .294 batting average.

He continued this consistent level of play over the next five years, constantly being a reliable source of power.

Even though his production had entered the next level, he was still an underrated player after finishing 16th in the MVP voting.

The next season, he followed it up with another 40-home run season and his second career All-Star appearance.

He also was the soul of a White Sox team that won the World Series.

Paul Konerko came in CLUTCH with this GRAND SLAM 💪

Konerko continued his solid play over the rest of his career, always posting over 20 home runs until his final two seasons in the league.

This is a solid and well-rounded stat line that many fans of the sport overlook.

He was truly a premier first baseman for a very long time, being the epitome of franchise star for 16 years.

Konerko and the Hall of Fame

Konerko fell off the Hall of Fame ballot during last year’s vote, earning just 2.5% of the vote.

8 years ago today, Paul Konerko took a pitch to the face.

Don't fret, he homered in the next AB. Because he's tough. pic.twitter.com/COQ8vZxNEN

While this was an abrupt ending for Konerko, the stats may require some reconsideration from voters.

When looking at his traditional Hall of Fame measurements, Konerko deserves a spot.

He produced at a high level and broke the 2,000 hit and 400 home run thresholds.

While these aren’t the greatest compared to some other Hall of Famers, they are right on the brink of making it to Cooperstown.

However, Konerko’s defensive hurts his case.

He was a below average defender for most of his career, diminishing his career wins above replacement.

This ultimately hurts his resumé, failing to give him any kind of boost for his Hall of Fame potential.

Where is Konerko Today?

Since retiring, Konerko has taken on a new role in the game of baseball: Little League coach.

This isn’t surprising for many people, as he was generally considered to be a future coach by many in the sport.

However, many believed this would come in professional baseball.

For now, Konerko is trying to help guide his own son through the world of baseball as he grows up.

He coaches the team with former teammate J.J. Putz.

No matter what level he ends up coaching at, Konerko will always be a beloved figure in White Sox history.

He was the undisputed face of the franchise throughout the 2000s and helped bring a World Series title to the franchise: that will not go forgotten on the South side of Chicago.

The White Sox Got The Worst Grade Of All

White Sox Fan Takes A Shot At The Front Office

White Sox Insider Weighs In On The Mike Clevinger Controversy

Lucas Giolito Shares His Excitement For 2023

White Sox Executive Talks About The Excitement Of The Dream Series

Lucas Giolito Is Getting A Nice 2023 Salary

White Sox Get Fans Ready For 2023 With A Soothing Video

White Sox Share All The MLB Support For Liam Hendriks