You are here: Home / Sports / MLB / What Happened To Mike Mussina? (Complete Story) 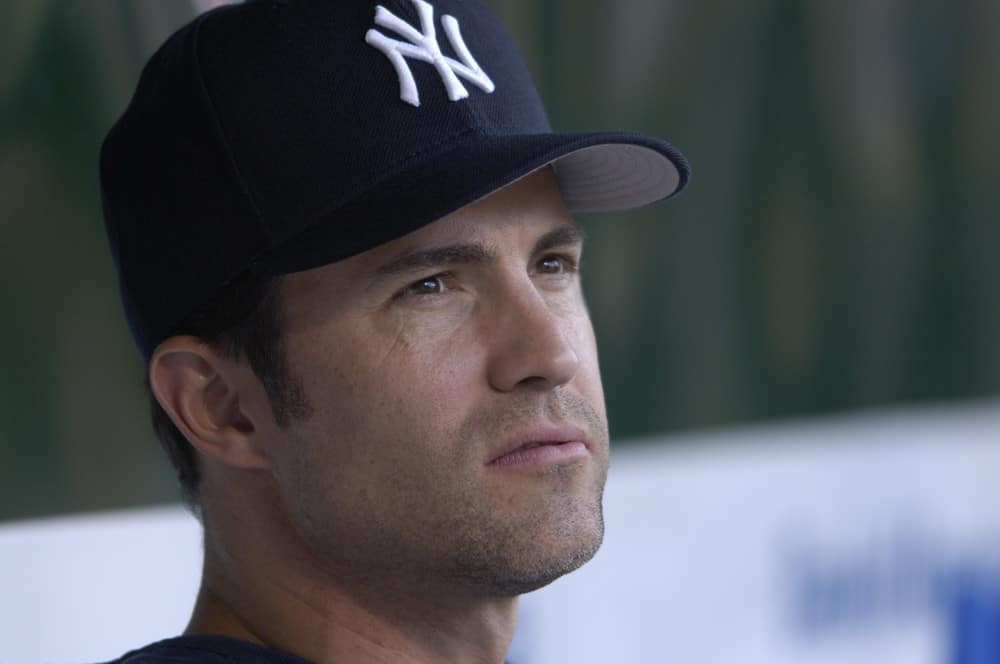 Mike Mussina, the Pennsylvania product who pitched for both the Baltimore Orioles and New York Yankees, finally became a Hall of Famer in 2019.

Mussina had a low key personality so it’s easy to forget that he was as accomplished as he was.

“Consistently consistent,” was a term used by Hall of Famer Yogi Berra to describe the right hander during his time in the major leagues.

What happened to him?

Let’s take a look at Mussina’s journey and life after baseball.

Mussina, 52, was born in Williamsport, Pennsylvania.

He excelled at football, basketball, and baseball as well as academics.

Penn State’s Joe Paterno wanted Mussina to come to PSU and be the team’s placekicker.

He scored over 1,000 points in his basketball career at Montoursville Area High School and was offered a basketball scholarship to Vanderbilt University.

But baseball was his true love.

Mussina reportedly nearly was the valedictorian of his class but some believe he intentionally fell a little short so he didn’t have to give a speech at graduation.

At the end of his high school career, the Orioles drafted him (in 1987), but he chose to attend Stanford University instead of signing.

Three and a half years later, Mussina graduated from Stanford with a degree in economics.

Mussina joined the Orioles’ minor league system in 1990 and quickly rose through the ranks.

His signature pitch was a knuckle curve that could fool even the best hitters.

He also finished 4th in the Cy Young Award voting and was selected to the All-Start team.

He helped lead the Orioles to 2 straight American League Championship appearances in 1996 and 1997.

His postseason record was impressive as he posted a 2.53 ERA and went 2-1.

After leaving a stellar legacy behind in Baltimore, Mussina signed with the New York Yankees in the fall of 2000 as a free agent.

The Yankees would win 6 AL East titles and make the postseason 7 times in 8 seasons with Mussina.

Throwing it back to 2006 when he told Yankees manager Joe Torre to stay in the dugout so he could finish his complete game pic.twitter.com/qC6xo0rdNj

Mussina finished 2008 with one of the best seasons ever for a 39 year old pitcher.

He left the league going 20-9 with a 3.37 ERA and became the oldest player to win 20 games in league history.

Though he won seven Golden Glove awards and was named to the All-Star team five times, he never won the Cy Young Award.

Although he pitched in the postseason for both the Orioles and Yankees, he never won a World Series Championship.

“What he did to get 270 total wins, with all those things combined – in a division where the Red Sox and Yankees have been slugging it out … [in] the toughest division in baseball for at least a decade – I just think it has been spectacular for the length and consistency,” said Yankees general manager Brian Cashman. “He’s one of the all-timers.”

Mussina’s accomplishments were often overshadowed because he pitched in the era of Roger Clemens, Randy Johnson, Tom Glavine, John Smoltz, and Greg Maddux.

The Orioles inducted Mussina into their Hall of Fame in 2012.

Cooperstown finally called Mussina’s name, and he was inducted in 2019.

Unable to make a choice between the Orioles and Yankees, Mussina elected to be enshrined with no team logo on his bust.

After making the decision he said:

“I don’t feel like I can pick one team over the other because they were both great to me. I did a lot in Baltimore and they gave me the chance and then in New York we went to the playoffs seven of eight years, and both teams were involved. To go in with no logo was the only decision I felt good about.”

Mussina and his wife Jana live in Montoursville, Pennsylvania.

The couple have two sons, and Mussina has an adopted step-daughter from Jana’s previous marriage.

Mussina coaches the Montoursville Area High School basketball team and serves on the Little League’s Board of Directors.

Mussina loves to teach the fundamentals of basketball to his team.

“We’ve always lived in Montoursville. I’ve been there my whole life. When I got into coaching I really didn’t think about coaching anywhere else and my kids are coming through now, so it’s great experience. I enjoy it. it’s at least something i know.

“I’ve had a lot of coaches from college through professional baseball, but you take a piece of them and try to mold together what they show you-what they try to tell you about what they talk to you about and make it part of what you do,” again said Mike.

He continues to be a crossword puzzle enthusiast, something he was notorious for in his playing days.

Orioles Reliever Is Hungry For More After Stellar Rookie Season

Orioles Remain In Contact With A Top Free Agent Starter

The Future Is Bright For The Orioles

The Orioles Have 2 Young Phenoms To Watch In 2023

MLB Poll Proves How Orioles Changed Their Own Luck

Orioles Make A Puzzling Move After Acquiring A First Baseman

Chris Davis Is Gearing Up For Major Annual Paydays

New Orioles Pitcher Is Ready To Assume A Veteran Role