You are here: Home / Sports / MLB / What Happened To Jim Abbott? (Complete Story)

It’s been over 20 years since Jim Abbott retired from the MLB ranks.

His storied 10-year career included stints in both the National and American Leagues.

None of that may seem remarkable or out of the ordinary for a baseball star, but Jim Abbott, 53, was a remarkable baseball player because he was born without a right hand.

Pitching and fielding in collegiate and professional baseball was a two-handed sport until Abbott came along.

Abbott showed an interest in sports at a very early age.

His parents bought him a soccer ball, trying to encourage him with sports that didn’t depend on the use of hands.

But, Abbott did not show an interest in soccer.

All the other kids in the neighborhood were playing baseball, so that’s what he wanted to do.

Abbott would spend hours throwing a rubber ball against a brick wall, in which he caught on a rebound.

This technique allowed Abbott to practice a glove-hand switch that allowed him to throw and catch the ball with the same hand.

The more he practiced this, the faster he became.

When Abbott was 11 years old, he threw a no-hitter for his little league team in the first game he pitched.

Many people doubted Abbott would continue his young age success, as many thought the competition would soon be too much for him.

In high school, Abbott was doubted again by his peers at Flint Central, but proved everyone wrong again.

He fielded well enough to play the outfield and first base when he wasn’t on the mound.

He was drafted by the Toronto Blue Jays as an 18 year old in 1985 but opted to stay at home and attend the University of Michigan.

Jim Abbott was the first baseball player to ever receive the James E. Sullivan Award in 1987 which recognizes the top amateur athlete in the country.

Also in 1987, he won the Golden Spikes Award which recognizes the top amateur baseball player in the nation.

He finished his impressive collegiate career with a 26-8 record.

Abbott pitched for the USA team in the 1988 Summer Olympics where baseball was a demonstration sport.

He pitched in the final game of the Olympics; the USA defeated Japan by a score of 5-3.

In 2007, Abbott was selected for the College Baseball Hall of Fame.

He was inducted into the University of Michigan Hall of Fame in 2014.

The amazing story of one armed pitcher Jim Abbott. 1st rnd draft pick out of Michigan in 1988 went on to pitch 10 years in MLB. His most defining moment came on September 4, 1993 when he defied all odds and threw a NO-HITTER! He also could swing it from the left side. Incredible pic.twitter.com/dJ3LEcjNqM

Abbott was selected as the 8th overall pick in the 1988 draft by the California Angels.

He broke into the Angels starting rotation in 1989 as a rookie; he never appeared in the minor leagues. 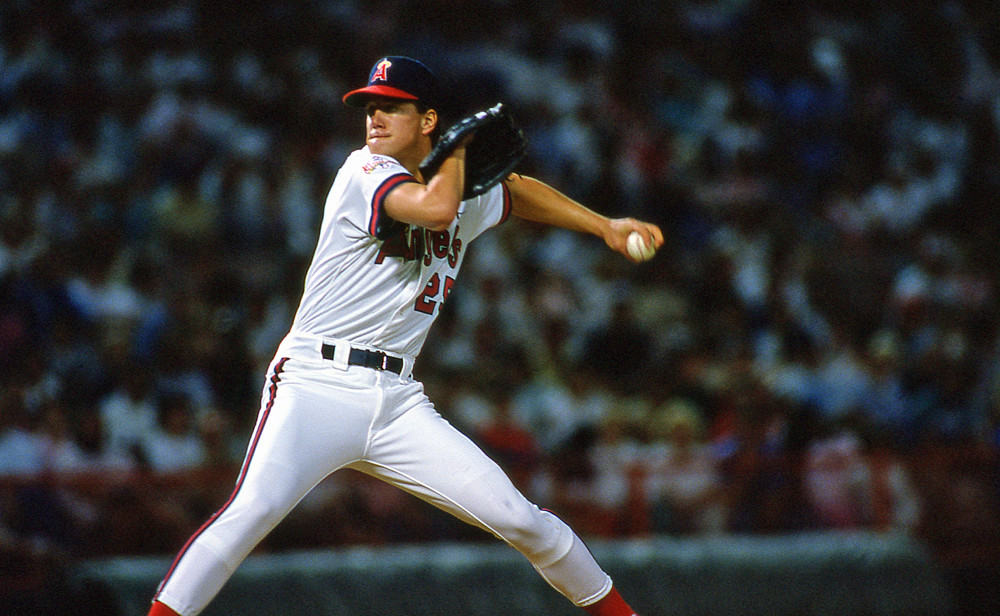 In between, he played for the New York Yankees and had two stints with the Chicago White Sox in 1995 and 1998.

He concluded his career with the Milwaukee Brewers in 1999.

Abbott’s biggest professional career achievement came in 1993 when he pitched a no-hitter on September 4 against the Cleveland Indians.

How He Did It

Abbott pitched with his left hand and held a right handed fielders’ glove between his right forearm and his torso.

After he released the pitch, he quickly shuffled the glove to his left hand so he could be prepared to field the ball.

Abbott was regarded as having extraordinary hand-eye coordination which made this process seamless for him.

Batting was not a huge issue for him because he played mainly in the designated-hitter American League.

What Does Abbott Do Now?

Abbott wrote an autobiography called Imperfect: An Improbable Life which was released in 2012.


He is widely known as a motivational speaker who has inspired countless children born with disabilities.

Abbott once said that he had one scheduled meeting with a disabled child during every road series in his MLB career.

Jim Abbott has been married since 1991 and has two daughters; he resides in California.

Both children, Maddy and Ella excelled in athletics at the Abbott’s alma mater, the University of Michigan.

Trea Turner Is Committed To The Phillies For A Long Time

MLB Hypes Up The First Ever Draft Lottery

The Astros May Avoid Any Moves After Losing An Ace

MLB Players Have Made A Long-Awaited International Move

The Mets Are Hosting A Reunion In The Rotation

Mets Insider Reveals A Barrier To Retaining A Key Veteran

The Mets Now Own A Shocking Payroll Fact

The Phillies Have Landed A Superstar In Free Agency

The Aaron Judge Sweepstakes Could Add A Surprise Suitor

The Yankees May Be Losing A Member Of The Rotation

2 MLB Legends Were Sent A Brutal Hall Of Fame Statement

The Mets Made Sure To Honor A Departing Jacob deGrom

2 Surprise MLB Teams That Could Contend In 2023