You are here: Home / Sports / MLB / What Happened To Cliff Lee? (Complete Story) 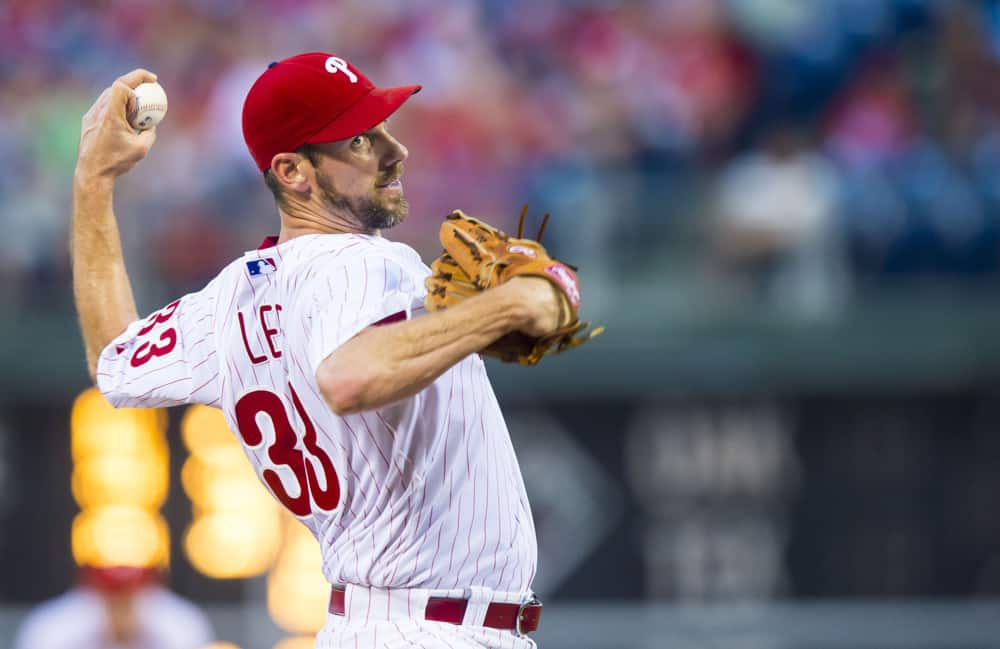 Throughout his MLB career, former Cleveland Indians and Philadelphia Phillies pitcher Cliff Lee became one of the league’s best pitchers.

However, this was an abbreviated career as Lee had an early retirement from the sport.

It was a quick exit from the MLB for a player that was still seemingly playing some of the best baseball of his career.

What happened to Lee?

Why was he out of the sport so quickly?

Here is a rundown of the left-hander’s career and what happened to him.

Throughout his 13-year MLB career, Cliff Lee was one of the league’s best pitchers.

His first six seasons with the Cleveland Indians were far from spectacular.

He became known as a crafty left-handed pitcher, with the ability to command his pitches in all parts of the strike zone.

This was the biggest change in his game from years past, as he cut is walk rate by more than half from the year before (1.4 from 3.3).

Because of this, Lee earned his first All-Star appearance and won the Cy Young Award.

By the end of the 2000s, Lee established himself as a yearly Cy Young contender.

The following season, Lee was traded to the Philadelphia Phillies and began a legacy with the team.

He became a critical part of a team that was looking to repeat for the World Series title.

That time Cliff Lee pitched a complete game in game 1 of the 2009 World Series pic.twitter.com/xW3UhJWHDM

Following this, Lee put up five seasons of solid numbers.

In 2014, Lee was limited to just 13 starts due to a strained flexor tendon.

This forced him to shut down his throwing for that season in preparation for 2015.

However, the discomfort in his elbow persisted into March.

He was diagnosed with a tear in his elbow, giving him the option of Tommy John surgery.

From last week: @jay_jaffe on how Cliff Lee's injury darkens his and the Phillies' futures. http://t.co/kWbnzeBPqy pic.twitter.com/O2gszySKPl

However, TJ surgery favors a younger pitcher and threatens the career of an older pitcher, such as Lee.

The then 36-year-old elected to go with a “rest-and-rehab” approach instead.

This set up a grueling 11 months waiting for the inevitable.

Lee was never able to return to the field and announced his retirement in the spring of 2016.

Since then, he has removed himself from much of the public’s eye, turning towards a more quiet and reserved retirement.

Lee Was One of The Era’s Best Pitchers

This was an unfortunate ending to a standout career.


He won the hearts of Phillies fans, even in his relatively short time with the team.

This is my favorite Cliff Lee Phillies memory. pic.twitter.com/bKGHVe40GB

Unfortunately, he doesn’t have the longevity to make it to the Hall of Fame and sometimes is forgotten as one of the MLB’s best pitchers in this time.

As a result, a lot of this becomes a “what-if” for his career.

If he was able to hang around and put together a few more solid seasons, he may be looked back upon as a more dominant pitcher.

However, he still had a quietly successful career even though it was cut short by injury.

Guardians Insider Notes The Immense Strength Of The Farm

Guardians Honor Their Most Famous Fan