You are here: Home / Sports / MLB / Should Kenny Lofton Be In The Hall Of Fame? (Argument) 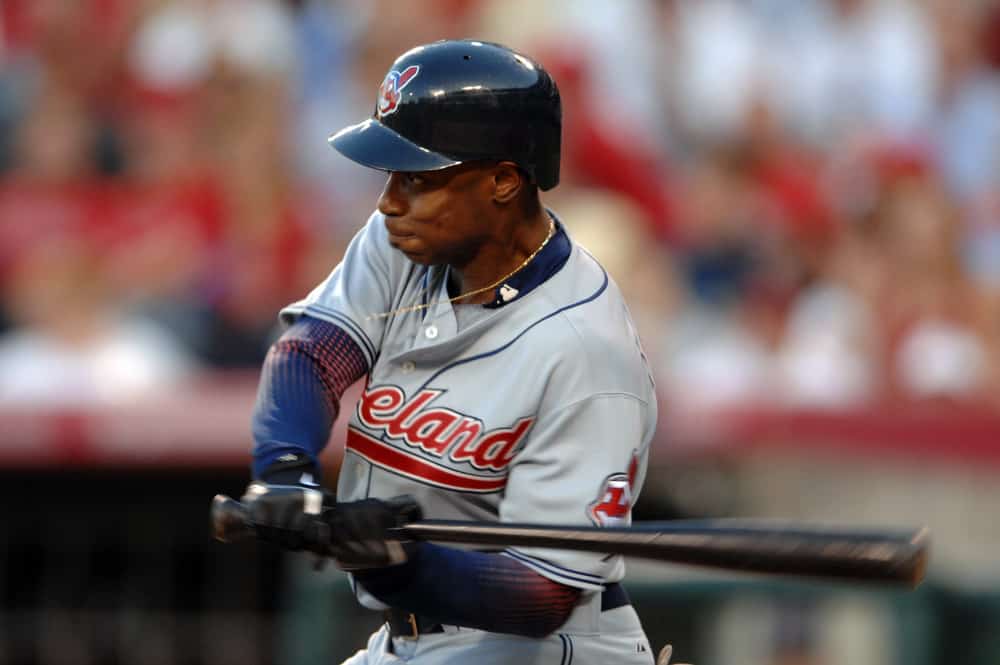 During his time in the MLB, former Cleveland Indians star Kenny Lofton put together an impressive career.

Over 17 years, the speedster was a constant threat on the bases, leading the league in five straight seasons.

Pair this with a career batting average just below .300 and you have a true run scoring threat.

At the same time, he covered a large area in centerfield.

With his speed, he was able to run down balls that many other players could not.

Kenny Lofton was such a baller! pic.twitter.com/UpH1OLfKCN

Keeping all of this in mind, is Lofton worthy of being a Hall of Famer?

We will take a dive into his career by the numbers, find some comparable players and find his true place in baseball rankings.

Does Lofton have the credentials to make it to the Hall of Fame?

In an era that was dominated by big power hitters, he was a blast to the past.

He was a true top of the order guy that could slap a single and be quickly standing on third base with his speed and skill on the bases.

When looking at his seven to eight-year peak, it is hard to argue that he wasn’t a true game changer.

After finishing second in Rookie of the Year voting with 66 stolen bases, Lofton had an even better sophomore campaign.

9/24/92 Kenny Lofton stole his 62nd base setting an Indians record for steals by a rookie. His 66 stolen bases broke the all-time record for an AL rookie and was the most by an MLB rookie since Vince Coleman stole 110 in 1985. He’s 15th in MLB all-time steals with 622. #safe pic.twitter.com/Z7dNlvea97

Over the following six years, Lofton made the All-Star game each season.

During this stretch, he hit over .300 in five of the seasons, posting a .349 average in the strike shortened 1994 season.

He also had over 50 steals in four of the six seasons.

In this time, he was a major reason for the Indians developing into a contender in the American League.

He posted an outstanding 9.9 wins above replacement (WAR) pace per 162 game, helping lead the Indians to the third-best record in the MLB during his time in Cleveland.

Over the rest of his career, Lofton played well but never reached this same point.

He was bounced around nine times after leaving Cleveland, always playing for a different team each season.

In the perception of the fans and writers, this likely hurts Lofton more than it helps him.

Being a journeyman gives the perception that he was a terrible player.

However, though he did take a step back in production, he remained a solid player.

June 13, 2004
With two outs in the ninth, Kenny Lofton ties the game against Trevor Hoffman pic.twitter.com/UM4Rw0wb6p

This put together a total career WAR of 69.0, good for 8th best among centerfielders in MLB history.

Is Lofton Hall of Fame Worthy?

Lofton fell off the ballot after he received less than 5% of the vote in 2013.

To the writers, he ranks squarely in the “Hall of Very Good.”

While we tend to think of him as just a threat on the bases, he was much more of an all-around player.

He was an adept hitter and, though he didn’t hit for much power, still hit well.

His ability on both sides of the ball gives him a truly interesting case for making the Hall of Fame.

Though his numbers were not good enough to elect him right away, he certainly deserved more time on the ballot.

I would do just about anything to have a leadoff hitter like Kenny Lofton.

His candidacy was seemingly swept under the rug when, in reality, he is deserving.

With Major League Baseball’s Era’s Committees, there is still a chance that Lofton can get put into the Hall of Fame.

Given his career, it is clear that he does deserve a spot in Cooperstown.

Chart Shows How Far Aaron Judge Is Ahead Of His Peers

Canada Is Home To A List Of MLB Records

Should Kenny Lofton Be In The Hall Of Fame? (Argument)