You are here: Home / Sports / NFL / What A Loss In Week 2 Could Mean For The Packers 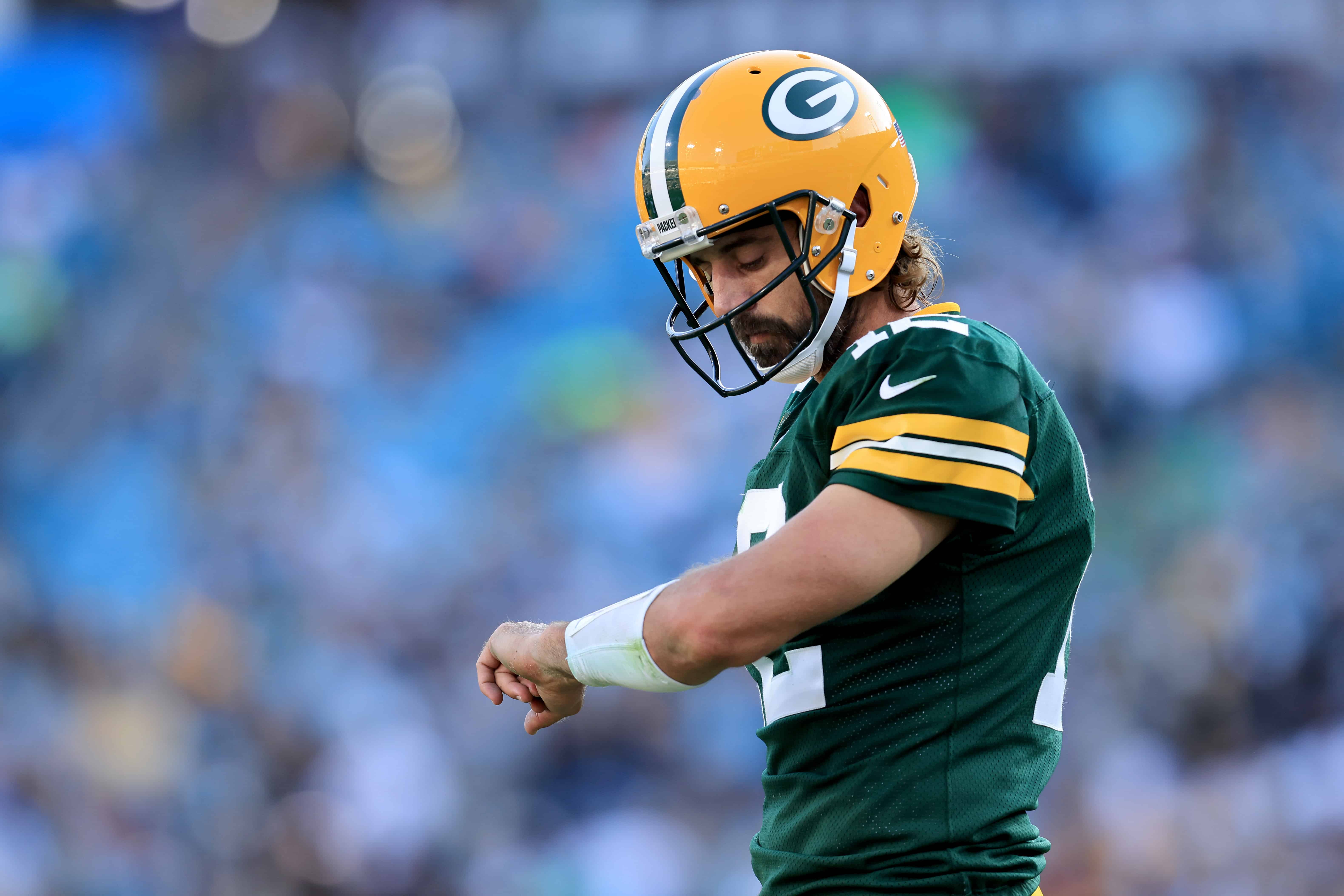 The Detroit Lions and the Green Bay Packers lost in Week 1, but their stories are vastly different.

The Lions generated a sense of optimism when they nearly came back against the San Francisco 49ers at home.

They looked dead when the score was 41-17 with less than 10 minutes left in the game.

But head coach Dan Campbell wouldn’t let his players quit, and they responded.

They scored 16 points to trim the Niners’ lead to one touchdown and a two-point conversion.

Unfortunately, the comeback fell short when the Lions failed to convert on fourth-and-nine at San Francisco’s 24-yard-line.

Fought to the finish. pic.twitter.com/F8lCIhzI5Q

Meanwhile, the Packers were a disaster against the New Orleans Saints.

The Saints dominated Green Bay despite playing their “home” game on a neutral field due to the destruction brought by Hurricane Ida in the New Orleans area.

A single Mason Crosby field goal was all the Packers could put up.

In contrast, Jameis Winston threw for five touchdown passes in his first start for the Saints.

Worse, Aaron Rodgers threw two interceptions in the loss when he had five in total last year.

While Jameis was incredible, how about the Saints’ defense?

The 3 points scored by Green Bay are the fewest *ever* in a game that Aaron Rodgers started and did not leave early due to injury.

Just a dominant performance to start the season by New Orleans.

The Lions and the Packers will face each other in an NFC North showdown in Week 2.

Based on previous years, the Packers won’t have problems defeating the Lions.

But the change in Detroit’s temperament does not make this match a cakewalk for Green Bay.

The Lions will “bite off kneecaps” as per Campbell and might shock the Packers with a road win.

If that happens, Green Bay will be in panic mode because they lost two straight despite having the reigning Most Valuable Player under center.

Starting the season at 0-2 may bring about unthinkable change.

It’s crazy to realize that a Week 2 game against the Lions will have significant implications for the Packers, who won the division in seven of the last 10 seasons.

Losing to the Lions would make the coaching staff ponder about starting Jordan Love over Rodgers.

Green Bay gave him spot minutes during the New Orleans game, and he completed five passes for 68 yards.

Another loss with Rodgers under center might make the transition to Love faster.

Matt LaFleur may officially be on the hot seat if the Lions win.

That reality is a steep fall from grace after reaching the NFC Championship Game in 2020.

When a team struggles, it’s the head coach that often gets the boot.

Likewise, doubt may start to enter the minds of Packers players if they lose to a team that, on paper, is inferior to them.

Simply put, the Lions defeating the Packers at Lambeau Field would be a catastrophe of epic proportions.

"We can't allow this loss to affect next week."

But from a coach’s point of view, a great Lions performance and New Orleans’ masterful performance would give plenty of game tape on how to neutralize Green Bay’s offense.

On the flip side, this unit is practically the same group that averaged a league-best 31.8 points per game last season.

Rodgers and Davante Adams are still a dangerous passing combination.

The game against Detroit can be where they shake off the cobwebs and play like a contender.

But given that there are two sides in a coin, an upset by the Lions makes the 2021 NFL season a wild ride.

The Eagles Took It To The Browns In A Joint Practice

Sam Howell Is Getting First-Team Reps In Washington

Justin Fields Is Ready To Change The Bears

What A Loss In Week 2 Could Mean For The Packers