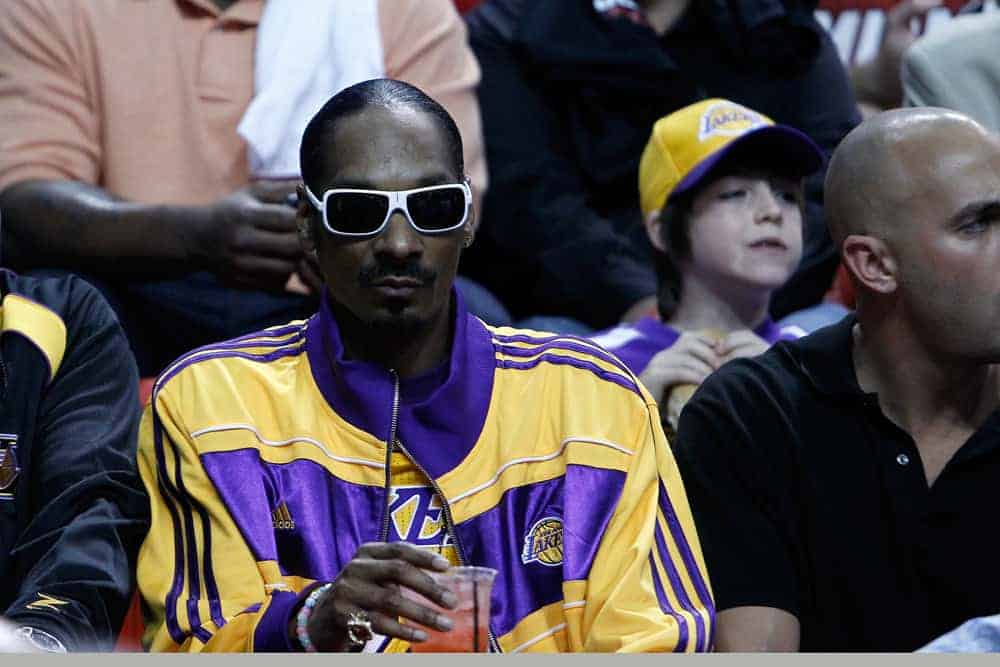 The Los Angeles Lakers are NBA Champions and fans all over the world are celebrating.

In what was a weird NBA season — that started off in Los Angeles with a battle between the Clippers and Lakers, and ended in a “bubble” in Orlando, Florida — the Lakers have claimed the throne.

Prior to the COVID-19 pandemic, the world suffered heartache as we heard about the passing of Kobe Bryant, his daughter Gigi and all the other passengers on the helicopter.

Emotions were running high in Los Angeles, specifically, in the Lakers locker room.

From that moment on, the Lakers dedicated their season to Kobe and Gigi.

Now, they have fulfilled their promise in honoring Kobe in the best way possible, winning the NBA Finals.

Rapping icon, Snoop Dogg, has been known to be a lifelong Laker fan.

Early on the year when everyone was riding the Clipper wave, Snoop always believed in his Lakers.

That belief has paid off as his team is the last one standing.

He celebrated the 17th NBA Title with a new tattoo.

“We the west and we the best.” pic.twitter.com/Ie7P94JEJe

As displayed in the video, on the bottom of the tattoo are the initials, “KB, for Kobe Bryant.

Then the Larry O’Brien trophy is above it with the Los Angeles Lakers logo.

Above the Lakers logo is the gates of heaven, signifying Kobe and Gigi watching over the Lakers.

As Snoop says in the video, “gates of heaven up top and it don’t stop.”

He closes it off by saying, “we the West and we the best.”

Shannon Sharpe is known to be a big LeBron James fan as he often refers to him as “GOAT James.”

Skip Bayless, on the other hand, is deemed a “LeBron hater.”

So, as you can imagine, Shannon and Snoop were having fun with Skip.

“It ain’t no asterisk! It is what it is! This is what it is, Skip! You see that ink? KB on the bottom, championship on top!”@SnoopDogg reveals his new Lakers tattoo 👀 pic.twitter.com/UUpjSNigNg

Snoop also showed off his tattoo on the show.

It is awesome to see Laker fans honor Kobe in a fashionable way.

The Black Mamba deserves all the love and admiration that he and his daughter are receiving.