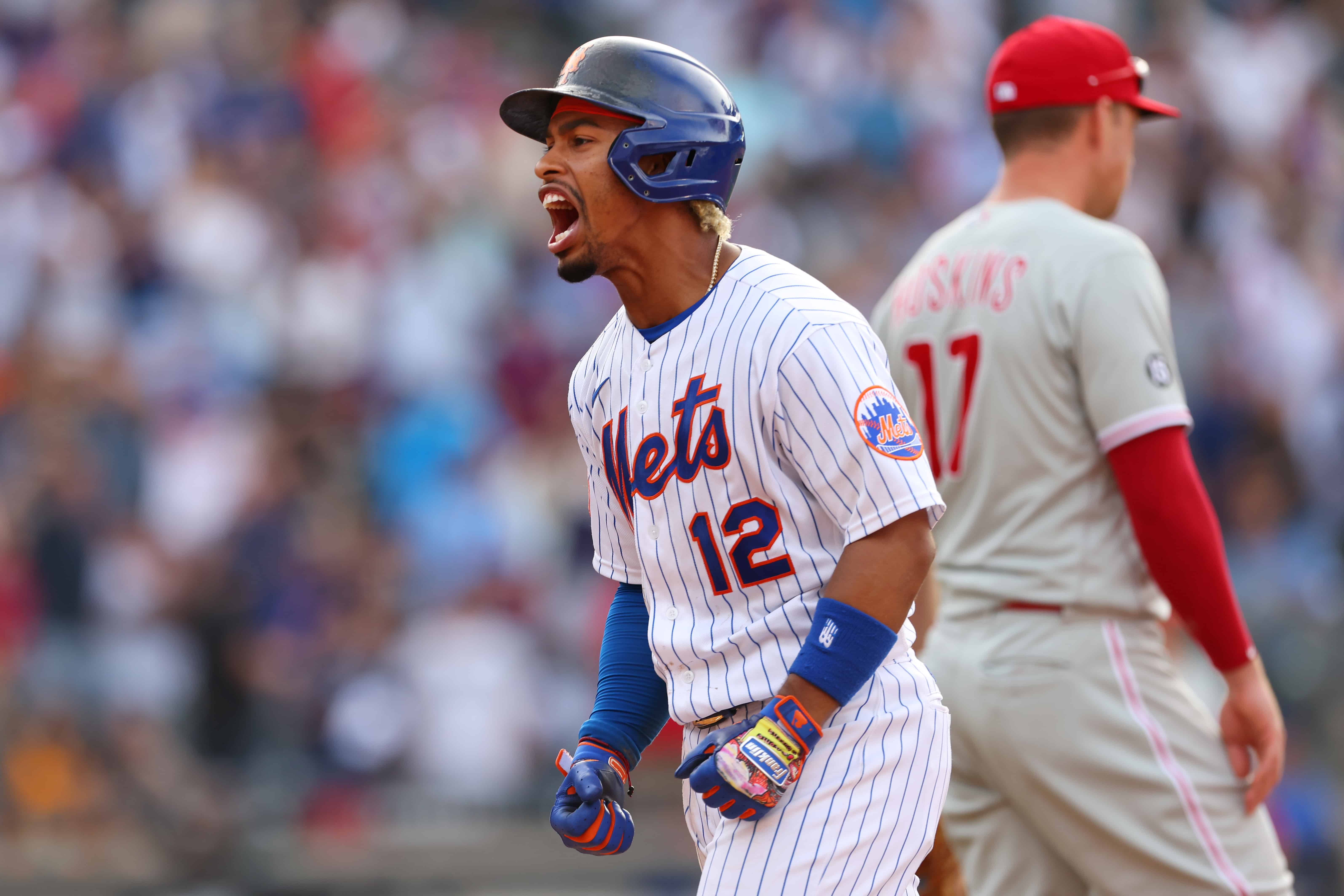 New York Mets shortstop Francisco Lindor started the season in a horrible slump, getting booed in his own stadium, and having to talk to reporters about his struggles nearly every day.

"I want the results more than they do. Yeah, it sucks. It's a lonely feeling."

Some more refreshing honesty from Francisco Lindor, who is even more frustrated with his slump than you are: pic.twitter.com/U19bTqAeaM

Lots of people questioned his worth as an above-average hitter and expressed concern because he signed a huge $341 million deal before the start of the campaign.

However, he has been able to right the ship in June and while he is still not all the way back to his best version, he is very close to it.

So what has been behind his recent turnaround?

Here are two simple ways he has improved as July nears.

2. He Has Been More Aggressive

Lindor’s season performance has been slowly, but steadily on the rise.

As a reminder, wRC+ means weighted Runs Created Plus, and any number below 100 means the player has been a below-average performer.

That April line had people wondering whether the Mets had made the right call in signing him to a long-term deal.

He was still below-average in May, though.

Lindor still has work to do, but he is finding his stride in part because he has decided to be more aggressive.

Yes, that’s right: his walk rates since April have been decreasing.

Lindor has decided to hunt more pitches, and while he may be striking out more frequently in June (17.4 percent) than in May (12.5 percent), it has been a worthwhile tradeoff.

1. He Has Batted More Fly Balls And Fewer Grounders

Lindor has been making hard contact all season, but it often went into the ground.

This was especially true in the early part of the season.

It’s easy to recognize this, but that doesn’t mean it’s necessarily easy to just lift the ball more frequently.

This requires mechanical adjustments and a lot of dedication.

Lindor, for the most part, has been able to successfully hit the ball in the air this month, and that has been a crucial element behind his breakthrough.

Let’s look at the data: in April, Lindor hit 1.57 grounders for every fly ball and 51.6 percent of his connections were on the ground.

In May, he hit 1.18 grounders for every fly and an overall 46.5 percent groundball rate.

In June, however, the ‘comeback’ was completed, as Lindor finally hit more flies than grounders.

He hit 0.78 grounders for every elevated ball, and had a 34.1 groundball percentage and a 43.9 flyball rate.

He also upped his line-drive percentage in June to 22.0 percent.

As long as his hard contact is maximized by hitting it in the air, in the form of line drives or flies, Lindor will be fine.

Mets Mourn The Loss Of A Franchise Legend

Mets Insider Pumps The Brakes On A Wild Rumor

The Mets Are Showing Interest In A Veteran Outfielder

Mets Insider Offers Optimism After Missing Out On Correa

Mets Fans Are Already Thinking About Plan B