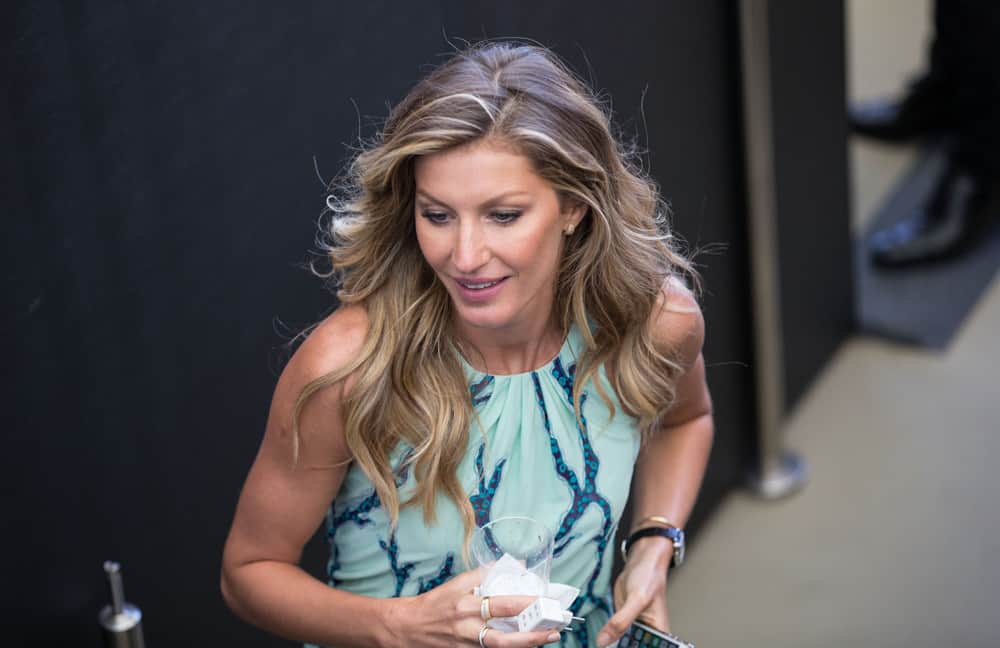 In the latest episode of mothers going overboard in sports, we have an NFL example.

Randi Mahomes, mother of Kansas City Chiefs quarterback, Patrick, tweeted her displeasure with the officiating of the Super Bowl to her Twitter followers and for no apparent good reason to Gisele Bundchen aka Mrs. Tom Brady.

Looks like the fans were right. The refs are for the other team. Even their fans say it’s so.. smh.. i still believe 💛❤️

Unfortunately, this is not the first time that Mahomes’ mother shared her emotions on social media.

Randi Mahomes During The Browns Game

A few weeks ago when the Chiefs played the Cleveland Browns in the divisional playoff, she was overly involved.

When Mack Wilson legitimately tackled Mahomes, Mahomes was knocked out of the game and placed in concussion protocol.

No disrespect mom I’m just playing hard. This is a dangerous game we play and we take a risk every time we step foot on the field. I’m happy that Pat is okay but mind you.. I’ve never been a dirty player. I just want to win and be great like your son. 🙏🏾❤️

#51 Wilson that’s some trash football leading with helmet, pulling his head and pushing helmet.. why are you not thrown out!?? Come on NFL

Thankfully Mack Wilson struck the right tone and handled the back-and-forth with Randi Mahomes with grace.

For the record, Patrick Mahomes never spoke ill of the hit or of Mack Wilson.

Mahomes’ Fiancee Gets In On The Act

As if Randi Mahomes isn’t enough for the social media world to deal with, then her soon-to-be daughter-in-law and the future Mrs. Patrick Mahomes, Brittany Matthews, jumps in the foray.

Here are some highlights of her Super Bowl Tweets.

The two backed each other in Tweets during the Browns game.

When Rashard Higgins took a flagrant and unpenalized helmet-to-helmet hit from Daniel Sorensen, the two tag teamed on Twitter.

Everyone knows that football is a dangerous and unpredictable sport.

Family members must watch games with an extra level of anxiety and anticipation.

It is not surprising they get defensive and emotional as their loved ones succeed, fail, or get injured.

Penalties go for and against teams during the entire season.

Some are right, and others are not.

Blaming others does not help.

Tweeting others doesn’t either.

It is not clear why Randi Mahomes tweeted Gisele.

In the end, both Randi and Brittany cleaned up their acts following the Super Bowl.

Tom Brady’s parents are a class act. Thank you for your words! @TomBrady @PatrickMahomes pic.twitter.com/73YYRcdgc9

Not how we wanted it to end, but 15 played his heart out and I’m always and forever proud of him in everything he does! 🙏🏼❤️
Now let’s have a baby🤣

Perhaps Patrick who has been the picture of class and respect throughout his young career needs to tell his mother and wife-to-be to stay off social media during games.

It would help him, the Chiefs, and the rest of us in the long run.

The Chiefs Had A Long-Term Plan To Fool The Bengals

Stephen A. Smith Says It's Clear What QB Has Had The Best Postseason Run

The Chiefs Overcame A Long List Of Injuries To Win

NFL Analyst Declares Who Led The Chiefs To Victory

Travis Kelce Had Words For The Cincinnati Mayor After Win

Brittany Mahomes Has A Message For Sunday's Game