You are here: Home / Sports / MLB / Houston Astros Rumors And News (Updated Daily) / 2 Players The Astros Should Trade For In 2021 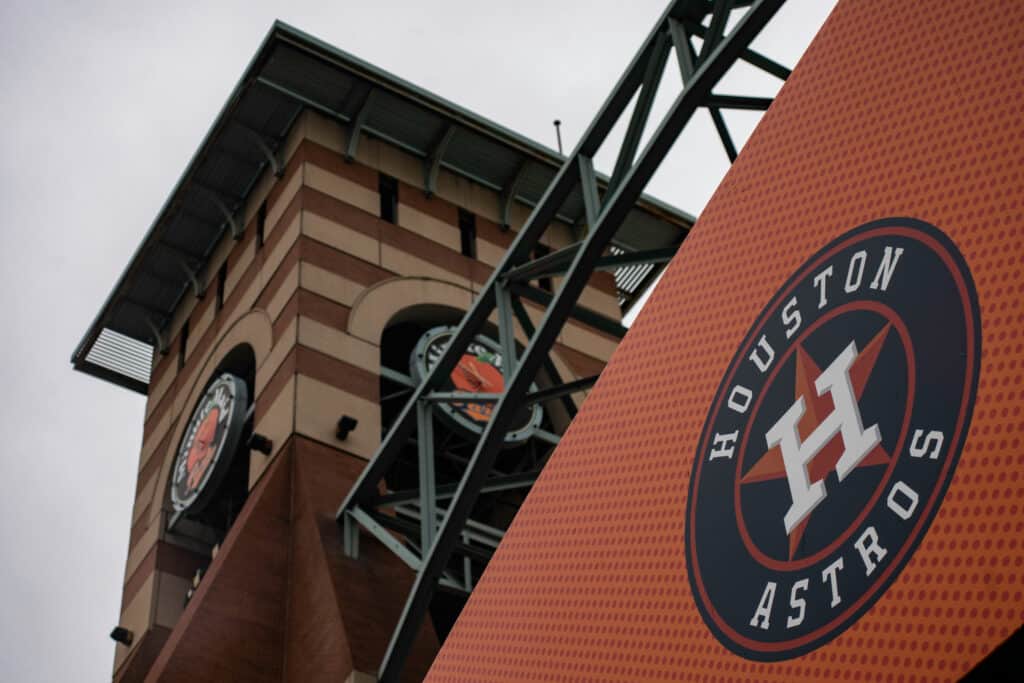 Despite losing Gerrit Cole before the 2020 season and George Springer prior to the start of the current campaign, the Houston Astros remain a highly competitive baseball team.

Before Friday’s action, they have a 26-18 record and are tops in the American League West division, half a game over the similarly tough Oakland Athletics.

The Astros’ rotation has been surprisingly good, with Zack Greinke leading the charge with a 3.77 ERA in 59.2 innings, and Lance McCullers Jr. showing his best version with a 2.70 ERA in eight starts.

Houston is well-positioned in the standings because the remaining three members of the rotation have been very good: Cristian Javier has a 3.27 ERA, Jose Urquidy’s is 3.22, and perhaps more surprisingly, Luis Garcia has thrown the ball extremely well to have a 3.38 ERA.

Alex Bregman, Carlos Correa, and Michael Brantley remain as good as ever, and the lineup has few holes.

What area remains a work in progress for Houston? The bullpen.

The unit is 19th in MLB with a 4.10 ERA, and if Houston wants to make a deep postseason run, they will need to improve their relief corps prior to the trade deadline.

Here are two relievers the Astros can target via trade.

Kennedy, 36, shouldn’t cost the Astros too much in terms of prospects, and could be a nice addition as a right-handed setup option.

The veteran reliever has turned his career around after finishing 2020 with a 9.00 ERA in 14 innings.

This season, Kennedy has a 2.12 ERA in 17 frames and is the established closer of the Texas Rangers.

Before Friday’s games, Kennedy has 11 saves.

Ian Kennedy, yes that Ian Kennedy, is going for his American League leading 11th save against the Yankees right now

He has been dominant, as well, striking out 11.12 batters per nine innings and handing only 2.12 walks per nine frames.

Kennedy is the kind of experienced reliever that can help Houston fill the void that the reliable Will Harris left when he signed with Washington.

The Pittsburgh Pirates are going nowhere this season, and if they have a veteran, talented player that can net a very good return, they should entertain a deal as they are in rebuild mode.

Rodriguez is 31 years old, but after 2021, he has two remaining seasons of team control, which will drive his price somewhat.

In other words, the Pirates would want a legitimate return if they are going to trade him.

Early Trade Chatter on #Pirates Reliever Richard Rodríguez. Age 31 season, Arbitration Eligible 2022-2023 & reasonable $1.7M Salary. After a tremendous 2020, he’s even better this season. Will get traded, only a matter of when.

Rodriguez has a career ERA of 3.10, with a 3.81 Fielding Independent Pitching, or FIP, which is another useful run-prevention metric.

He has strikeout ability, as he has whiffed 10.00 batters per nine innings over the course of his five-year MLB tenure.

Rodriguez is the Pirates’ closer, but would setup for Houston, as they have Ryan Pressly.

He is one of the best alternatives for the Astros to reinforce their bullpen.

The Astros Are Using A Unique Offseason Approach

The Astros May Swoop In And Land A Top Catcher

2 Players The Astros Should Trade For In 2021