When Max Scherzer signed with the New York Mets, it was clear that this was a team that had every intention to win and become a World Series contender.

Even with the injury to Jacob deGrom, the Mets have been off to a great start and the signing of Scherzer looks to be one that is paying off.

The Mets’ rotation is performing just as it was expected to, competing with the best rotations in all of baseball.

Scherzer has dominated in his first three starts as a member of the Mets.

He’s already won three games and he leads the National League in strikeouts.

If you’re the Mets, this is all you could ever want.

Scherzer is looking like a solid bargain thus far and the Mets are going to benefit hugely from his experience and skill level.

This is a pitcher who is used to being the ace of a staff and someone who enjoys taking on that responsibility.

He has pitched in big games and is exactly who you want on the hill when things aren’t going as planned, though things have gone pretty well for the Mets thus far in 2022.

It’s thanks in large part to the contributions of Mad Max.

Even at his advanced age, he knows how to pitch and is as crafty as they come.

He’s a pitcher who has had to adapt as time goes by, but has done so without any problems, not unlike Adam Wainwright and Justin Verlander.

The Mets went all in this past offseason and came up with one of the best pitchers the game has ever seen.

We’ll see if Scherzer can keep it up and lead the Mets to the promised land.

Albert Pujols Got A Must-See Ovation In Game 1 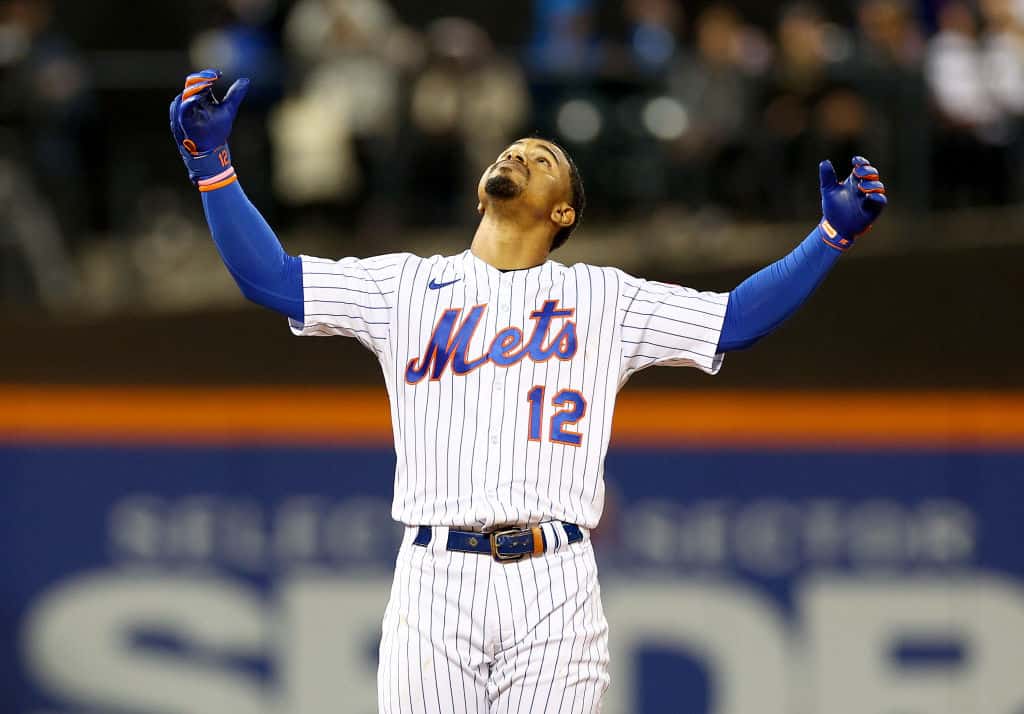 The Mets Show Off Their Slick Postseason Uniforms