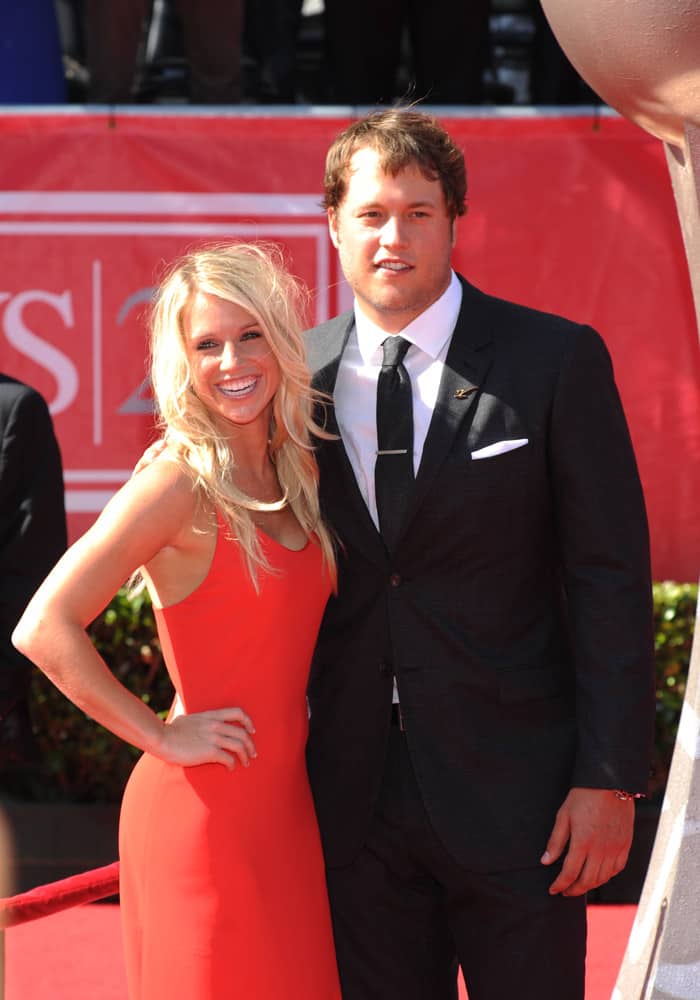 It seems as if the Detroit Lions have packed it in for the season.

Earlier in the season, the franchise decided to move off of both their head coach and general manager.

With almost nothing left to play for, the players seem to be just interested in collecting their pay check.

But, as Texans DE J.J. Watt put it this past weekend, there is always something to play for.

Matthew Stafford‘s wife, Kelly Stafford, seemed to have agreed with what Watt had to say.

Over the past weekend, the Houston Texans lost to the Cincinnati Bengals, 37-31.

After the loss, J.J. Watt wasn’t pleased with the effort from some of his teammates and decided to be heard in his post game presser.

“If you can’t put work in… you shouldn’t be in here” Watt goes on to say in his rant.

Like the Detroit Lions, the Houston Texans will be under doing some major changes in the offseason as they will be looking for a new head coach and general manager.

Kelly Stafford decided to weigh in on the conversation by reposting Watt’s clip on her Instagram story.

In her story, she writes the caption, “if you don’t wanna do it… don’t worry, someone else will replace you real quick.”

Now, we are unaware what specific players she is referring to, but it is obvious she is taking a shot at the Detroit Lions.

Over the last two weeks, the Lions have allowed 40+ points.

This past week against the Buccaneers, the game was over at halftime.

Matt Stafford, who was dealing with an injury, did all he could to play in this game before being taken out to avoid any serious damage.

With all the changes about to go down in Detroit, Stafford himself, may be on the move.

In the offseason, the Lions first order of business will be hiring a new head coach and general manager.

Typically, when a new coach comes in, they get to pick their staff and they seem to have the final say of who they want at the quarterback position.

The Lions find themselves in a precarious situation.

They will have a top pick in the NFL Draft in which the draft class is loaded with quarterbacks.

In terms of Matthew Stafford, they find themselves with money issues whether they cut, trade, or keep him.

The signing bonus is due on the 5th official day of the 2021 season.

Which means, if the Lions want to move off of Stafford, they will have to trade or cut him before doing that, to $10 million signing bonus.

If they decide to trade him or cut him, they will have to eat a $20+ million cap hit.

But, the Lions should do the right thing here and let Stafford find success elsewhere.

Matthew Stafford has started 166 games in his NFL career.

Stafford has dealt with years of dysfunction and has remained loyal to this organization.

A lot of good teams will be in the market for a quarterback this offseason.

The 49ers, Colts, Bears, Football Team and Vikings just to name a few.

Matt Stafford is talented enough to help lead a team to the Super Bowl.

His fate is in the hands of future Lions management.

Hopefully, they do the right thing.

The Lions Are Rewarding OC Ben Johnson For Staying

The Lions Are Retaining A Key Piece For 2023

Lions OC Continues To Be A Top Candidate Around The NFL

Video Shows The Elite Culture Of The Lions

The Lions Saw Their Rookies Shine In 2022

Lions Coach Has Emerged As A Top HC Candidate

Jamaal Williams Has A Message For NFL After Lions Win

The Lions Got Creative In The Spoiler Role

Should Jared Goff Have Made The Pro Bowl Roster?

2 Bold Predictions For Lions Vs. Jets

Jared Goff Had The Perfect Advice For A Trick Play

The Lions Were Not Fooled By The Jets

Are The Lions Finally Turning The Corner With Dan Campbell?

Lions WR Has Made NFL History This Season

The Lions Clinched A Huge Upset With A Must-See Play

The Lions Have A Surprising Star At WR

The Lions Are Helping To Make NFL History This Week

Jared Goff Is Dominating His Counterparts In 2022