You are here: Home / Sports / MLB / 5 Of The Craziest Baseball Stats Of All-Time 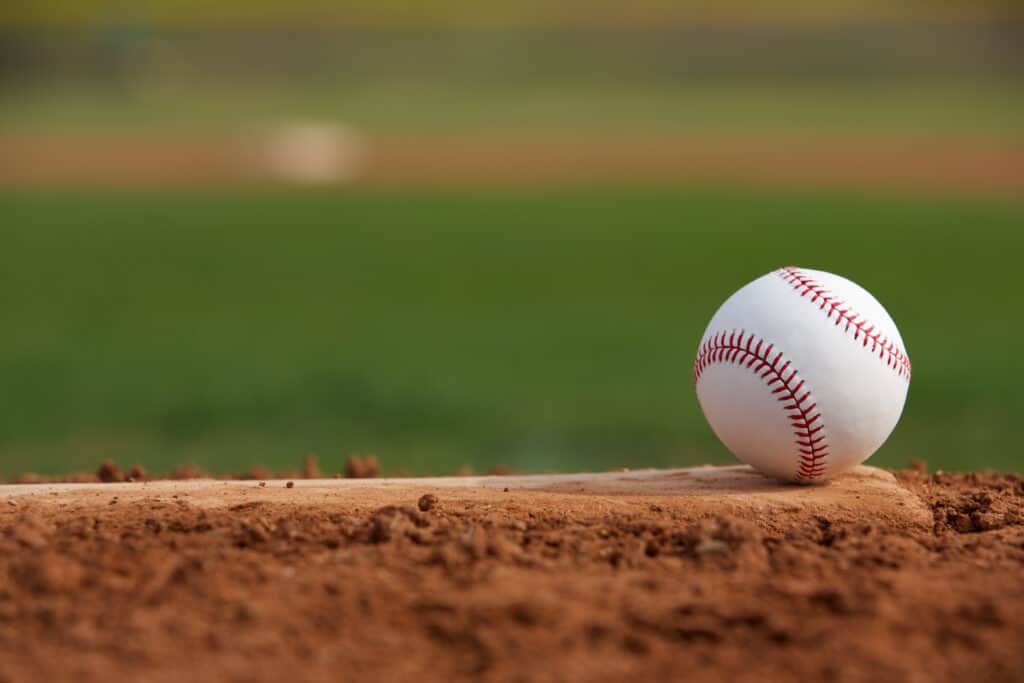 Over the course of Major League Baseball history, you tend to always see something new.

The beauty of the sport is that it never seems to stop evolving while always staying the same.

Another critical part about baseball are the stats.

Unlike most other sports, even the more casual fans know some statistics about baseball.

These include the career home run mark of 765, a number which many fans know of the top of their head.

However, there are so many crazy stats that lace the hallowed halls of baseball history.

Even if you took away Henry Aaron's 755 career home runs, his remaining 3,016 hits would still be more than both other members of the 700-HR club.

Here is a look at the five craziest stats in MLB history.

Most fans who tune into the sport today will recognize the Tatís name.

However, this would be for Tatís Jr., one of the sport’s most electrifying young players.

His father was also a major leaguer and had one of the sport’s most unique moments.

In a game against the Los Angeles Dodgers on April 23, 1999, Tatis had the greatest inning of all-time.

He hit two grand slams in the third inning, becoming the only player to ever record 8 RBI in one inning.

No one else has ever done it

Only 14 players have even hit two grand slams in one game, let alone in the same inning.

The odds of this are about 12 million to one, according to an article by Andrew Simon on MLB.com.

It was also done off the same pitcher, making the moment even more insane.

Clemens is one of the most infamous players in baseball history.

Many dismiss his accomplishments in the sport due to his involvement with performance enhancing drug use.

However, he was able to accomplish some amazing feats in the sport.

One such are his two 20 strikeout games, each of which came an amazing 10 YEARS apart.

In #MLB history, no pitcher has struck out 20 batters in a game more than once, except Clemens who K’d 20 a decade earlier.#DirtyWater| #MLBpic.twitter.com/S3NbCEgKqO

A 20-strikeout game is one of the rarest accomplishments a pitcher can attain, happening just five times in MLB history.

Clemens has two of those with a ten year break in between.

He leaves behind a legacy as one of the greatest pitchers that has ever graced the mound.

His 1968 season embodies this.

Here’s Bob Gibson straight dealing in the 1968 World Series. The pitch at 0:12 looks like a Wiffle Ball. pic.twitter.com/IGEhDSPyMp

What makes this stat even more amazing is that he helped singlehandedly change the game.

Because of how dominant he was, baseball lowered the pitching mound by five inches and made the strike zone smaller to benefit the hitter.

For anyone to have that big of an impact on the sport just by being so dominant is very rare.

By 2008, CC Sabathia had solidified himself as one of the best pitchers in the MLB.

This made him a hot trade commodity in the middle of the summer.

He was traded by the Cleveland Indians to the Milwaukee Brewers and made a major difference for the team.

However, he finished the season with a very unique stat line.

He led both the AL and NL in complete game shutouts.

Leading both leagues in a statistic is practically unheard of and virtually impossible to repeat.

In today’s baseball, it is hard to imagine the sport without home runs.

Much of this began to change with a single person: Babe Ruth.

While most know his 60-home run season, that may not have been the most impressive one.

While that alone is impressive, he tallied more home runs than any other team in the American League during that season.

Babe Ruth about let everyone know who couldn’t attend the game, that he hit 3 homeruns pic.twitter.com/yUFPS8qaLK

To think that one person was able to out-homer the entire league is nearly unbelievable and is certainly impossible today.

These are just five of the craziest stats in MLB history and we’re omitting some of the most well-known.

As the sport continues, it will be interesting to see what other jaw-dropping statistics are put up.

Jazz Chisholm Has Been Training With An MLB Legend

Braves Show Off Michael Harris II With His Newest Award

Graphic Shows Why The Orioles Are So Stacked

5 Of The Craziest Baseball Stats Of All-Time