You are here: Home / Sports / NFL / Could Trey Lance Return Before The End Of The Season?

The San Francisco 49ers and their fans suffered a catastrophic stroke of bad fortune on Sunday when new starting quarterback Trey Lance suffered a severe ankle injury that would require surgery.

His procedure was successful, but it is assumed that he will miss the entire balance of the schedule while recovering.

Truly appreciate all of the messages and prayers. Surgery was a success and I am ready to attack this rehab process. We will never understand why, but I trust that it’s all a part of His plan. I will be back better than ever. This chapter is going to make the story even greater! pic.twitter.com/l5hoBWsLDw

Luckily, the 49ers had an incredible insurance policy in place in the form of Jimmy Garoppolo, their former QB1, and he filled in ably for Lance in their 27-7 win over the Seattle Seahawks.

Just about everyone has written off Lance’s second pro season as a lost year due to his ankle injury.

But Dr. Kenneth Jung, a foot and ankle surgeon who is a consultant to the Los Angeles Rams, thinks he could make a full recovery in time to return before the end of the regular season.

“There could be a lot of non-medical factors that are playing a part in shutting him down — protecting their investment in the future,” Jung told Eric Branch of the San Francisco Chronicle. “But usually, this injury is about 10 to 12 weeks.”

If Lance falls into the long end of that recovery window, a 12-week recuperation period would mean he could be ready to return for the Niners’ Week 15 contest, which, ironically, would be against the Seahawks.

The 49ers Should Be Fine In The Meantime

The great news for San Francisco is that Garoppolo is more than proven to help them win plenty of games while Lance is out.

In his previous eight seasons, he has gone a stellar 33-14 as a starter, with 31 of those wins coming in a 49ers uniform.

He also ran the ball into the end zone himself for a late touchdown that sealed the victory for his team.

#49ers Jimmy Garoppolo punches it in for a touchdown 👊 pic.twitter.com/RZ5szm2Fcs

He may not be the QB who will win you a Super Bowl, but he is a QB who will at least get his team to the big game and give it a great chance of winning.

If Lance is indeed ready to return for one of San Francisco’s last regular season games, but Garoppolo has been playing well and has led it to a very good record at that point, it could create a huge QB controversy for it.

Would it continue to go with Garoppolo if he had been playing outstanding ball, or would it go back to Lance for a couple of games that could very well determine whether it makes the playoffs or even wins the NFC West?

The 49ers as a franchise had been there and done that before.

In 1991, Joe Montana suffered a severe elbow injury that cost him the entire season and most of 1992 as well, and a young QB named Steve Young filled in for him.

Young had been pegged as Montana’s heir apparent for years, and while “Joe Cool” was out, he played very well.

In fact, in 1992, he led the NFL in completion percentage, touchdown passes and passer rating while being voted to both the Pro Bowl and All-Pro First-Team.

Montana returned for the final game that year, and there was a heated debate as to who should start under center in 1993, as Young had emerged as a superstar, yet Montana was still the leader and face of the franchise.

He solved the problem by asking to be traded that offseason, and it all worked out, as Young led the 49ers to a world championship in 1994 with a humongous season.

If Garoppolo takes the 49ers far in the postseason this winter, the organization will face some interesting decisions this offseason. 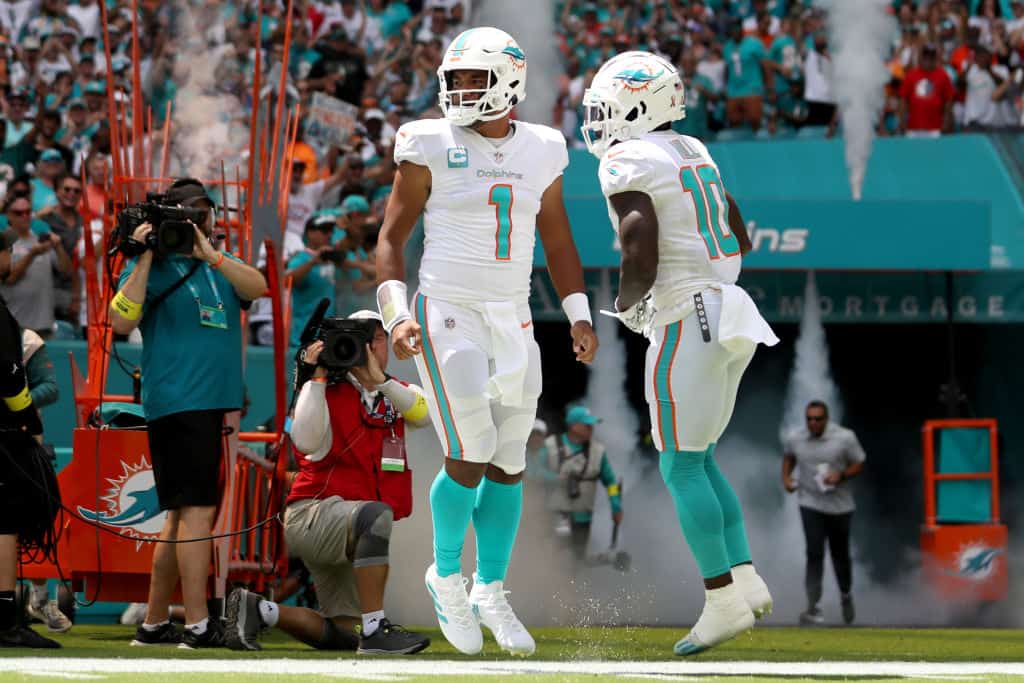 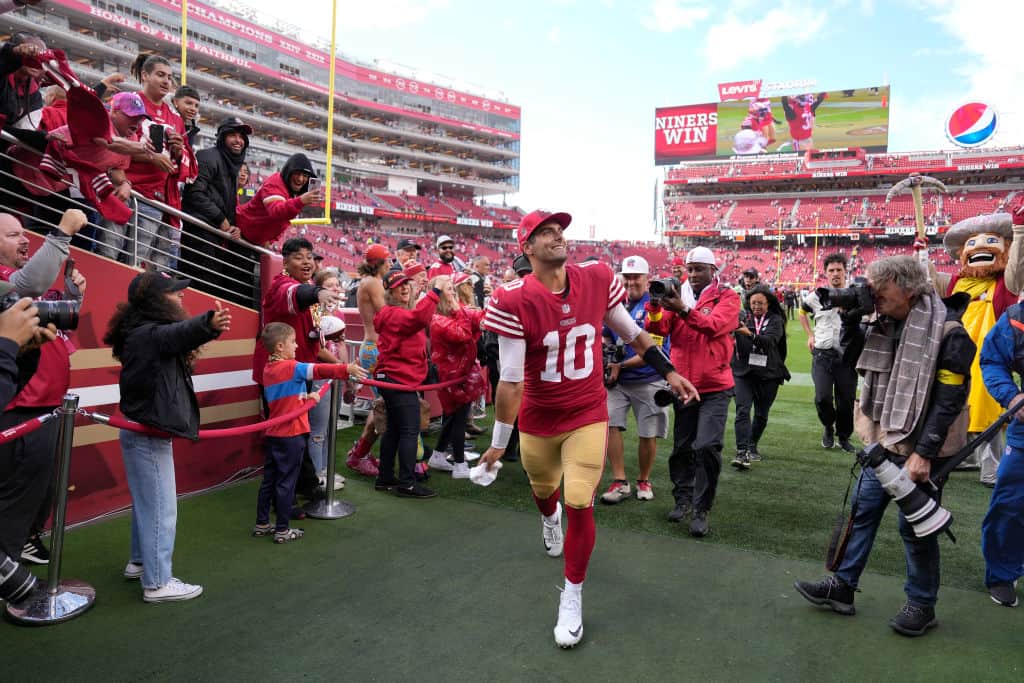 The 49ers Were Wise To Keep Jimmy Garoppolo

3 NFL Players That Shined During Week 2

Could Trey Lance Return Before The End Of The Season?