You are here: Home / Sports / MLB / 3 Red Sox Players Who Should Be In The Hall Of Fame 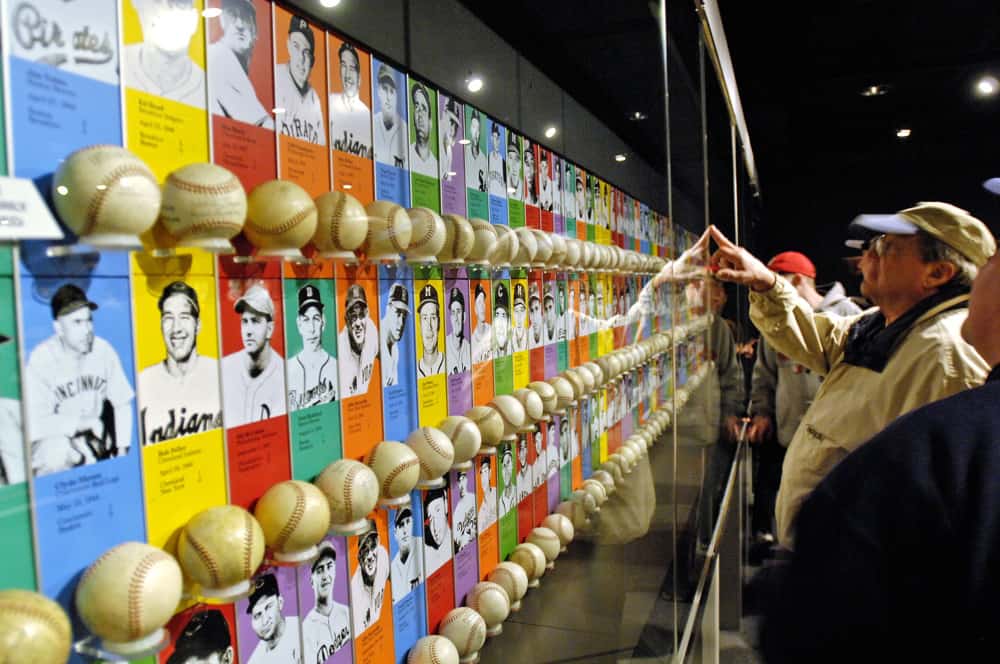 The Boston Red Sox franchise has a storied history in Major League Baseball, filled with some of the sport’s best players.

They are tied for ninth in baseball with 11 players inducted to the Hall of Fame.

With fan favorite David Ortiz approaching the beginning of his candidacy, the Red Sox can expect another addition to that list.

This list got us thinking; who are three former Red Sox players that make a good Hall of Fame case?

Ortiz is virtually a shoe-in, so he won’t be considered for this list.

Some of the franchise’s more recent players such as Dustin Pedroia, Jason Varitek, and Tim Wakefield may not have enough to get in.

Manny Ramirez, another classic Red Sox player, doesn’t get consideration because he was caught and suspended for performance enhancing drug use.

Players like that, Mark McGwire and Sammy Sosa specifically, haven’t gotten the vote because of this.

With these limitations in mind, here are three former Red Sox that do deserve a spot in Cooperstown.

Roger Clemens was never actually proven to have used PEDs, separating himself from Ramirez.

While everyone assumes he does, he technically has a clean record.

On top of this, Clemens was on a Hall of Fame track even before his supposed PED use.

The consensus belief in the sport is that he began juicing in 1998, so let’s look at his career prior to then.

His ERA was just 2.97 which, during an era of increased offense, stands out.

With Boston, this storied career included back to back 20-win seasons, with two Cy Young Awards and an MVP.

Also, while Clemens’ career is stained by his steroid use, the 10 seasons he played after 1998 weren’t unbelievable.

While he deserves criticism for his steroid use, the greatness of his career must be recognized.

He finished with a staggering seven Cy Young Awards, and third all-time in strikeouts.

It is time for Clemens to be voted in.

Tiant is another former Red Sox player that deserves a spot in the Hall of Fame.

This included eight standout seasons with the Red Sox form 1971-1978.

While he didn’t win as many games, Tiant has a comparable ERA to Hall of Fame pitcher Bert Blyleven.

He also has similar stats to Roy Halladay, Left Gomez and Jack Morris, all of whom have been voted in.

Clearly, he has a Hall of Fame resumé that deserves recognition.

Evans spent 19 of his 20 MLB seasons with the Red Sox.

Over this time, he was surrounded by Hall of Famers Carl Yazstremski and Jim Rice.

However, the fact that Evans isn’t in Cooperstown beside them is surprising.

These numbers are actually very comparable to Rice’s career numbers as they are virtually the same.

However, Evans was a better defender as he took home eight Gold Gloves over his career.

He has numbers that warrant Hall of Fame consideration, and he could certainly be a candidate.

While the window for Tiant and Evans may be closed, there is still a chance with the Era’s Committee.

This group gives players that were overlooked by the writers a chance to make it into the Hall of Fame.

Along with Clemens, look for these three former Red Sox to make their way into Cooperstown someday.

Xander Bogaerts Only Increased His Value With Latest Award

Red Sox Fan Has Hilarious Offseason Plan For The Team

Xander Bogaerts Receives A Fun Nickname From His Agent

James Paxton Has Made A Decision For 2023