You are here: Home / Sports / MLB / What Happened To Kevin Youkilis? (Complete Story) 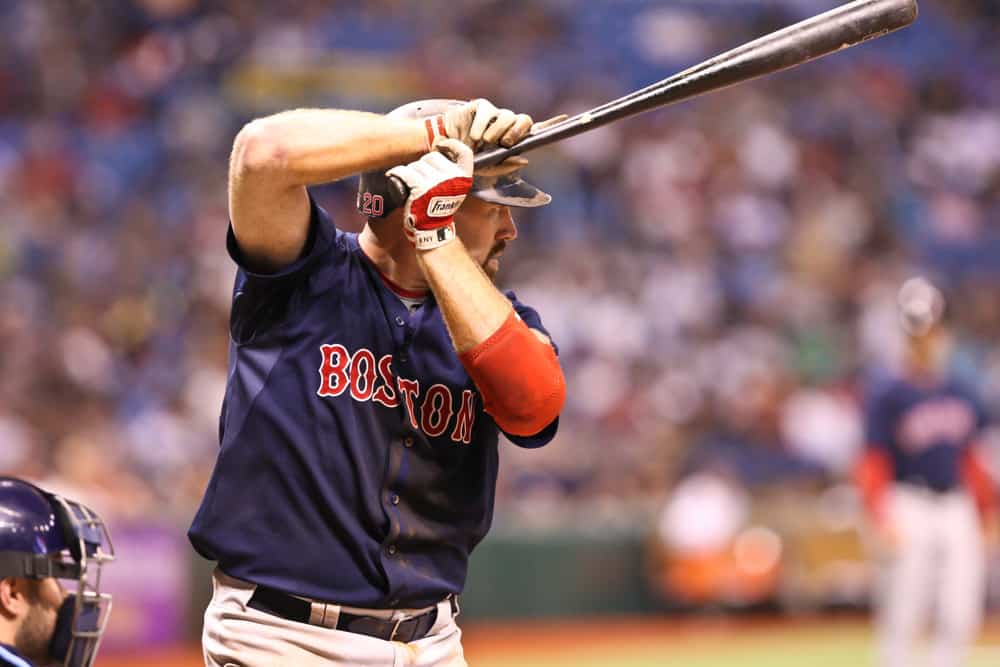 One of the core players for the Red Sox from 2006-2011, Youkilis had some productive years.

While he was known for his abnormal stance, he had a keen eye in the batter’s box.

Over the course of his 10-year career, Youkilis faced a 3-0 count 292 times but never swung once.

During his peak years with the team, his on-base percentage (OBP) hovered around .400, considered elite in the MLB.

He wasn’t just a walking threat either, as he developed himself into a true threat at the plate.

However, he had a quick and sharp drop off.

What caused the rapid fall for the former three-time All-Star?

Here is a look at the complete story of why he had such a short peak.

Starting in 2010, Youkilis began having his career hampered by injuries.

On August 2, a right thumb abductor tear cut his season short, limiting him to just 102 games.

He was likely on pace to have the best year of his career.

In 2011, he posted the lowest batting average of his career (.258) and fell out of favor with his teammates.

This resulted from a report that was released claiming that the Red Sox best pitchers spent their off days eating fried chicken and drinking beer.

His teammates believe that Youkilis was the source of this information.

All of this was amidst a major collapse that took the Red Sox out of playoff contention that season.

In 2012, manager Bobby Valentine expressed his concerns over Youkilis and started benching him.

The organization eventually decided to move him to the Chicago White Sox.

Next offseason, Youkilis signed a one-year contract to join the New York Yankees.

people forget kevin youkilis played for the yankees, but we all try to forget the 2013 yankees, to be honest pic.twitter.com/ZR32YPgqh2

However, a string of injuries that season including two back strains and a herniated disk ended his season in June.

In the following offseason, he wasn’t able to find a job in Major League Baseball and opted to sign a contract in Japan.

He only played in 21 games there as he suffered from plantar fasciitis.

Time Was Numbered For Youkilis

Beyond the injuries, Youkilis’ time in the majors was limited from the start of his career.

He was never in premier shape and was always seen as a little “chunky.”

When he was taken in the 2001 draft, he was regarded as the “fat third baseman who couldn’t field, hit, or throw.”

He found success when he started getting into better shape, with his best seasons coming as he improved physically.

Unfortunately, it became clear that his body just simply did not age well.

His swing also wasn’t necessarily friendly to an aging athlete

Regardless of this, Youkilis will go down as a fan favorite for Red Sox fans that grew up watching him.

He was a big part of those Red Sox teams, and he put together an impressive five to six-year peak in the MLB.