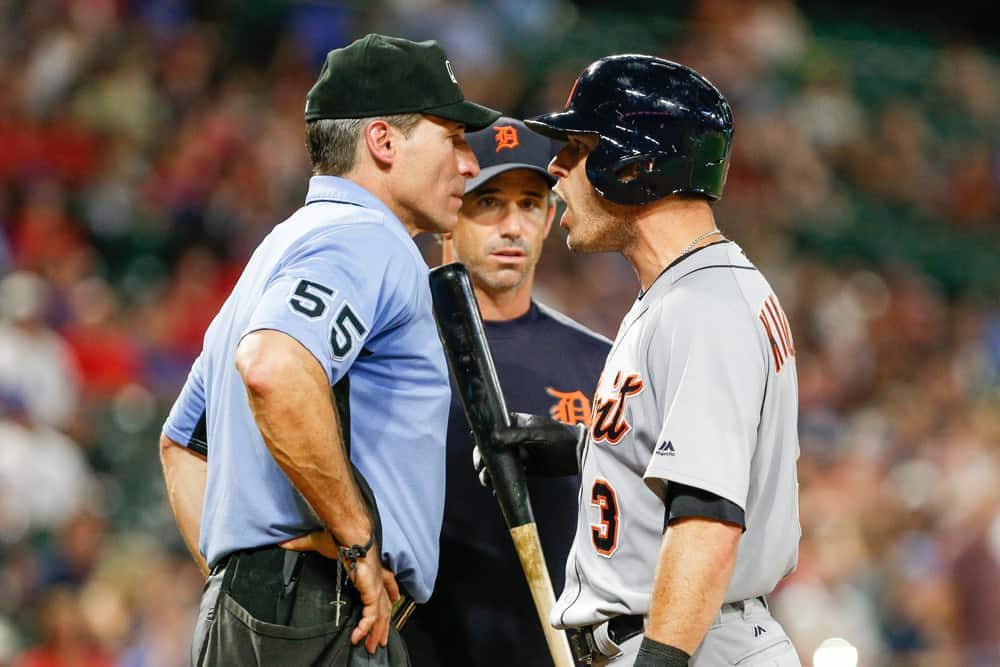 Any fan of the MLB knows the names of a select few umpires.

These are the worst of the worst and can single-handedly ruin your day if you know that they are umping in some capacity that day.

They are subject to terrible calls, awful strike zones and general distrust from the players.

Here is a look at the five worst umpires that currently have a job in the MLB, and what earns them the rankings.

Of the guy on this list, Culbreth is likely the least recognizable.

Much of this is due to his partial improvement as an umpire over the past few years.

However, time will not erase his mistakes in the field.

There is so much to love about the crowd reactions to umpire Fieldin Culbreth's mistaken "punchout" call on a 3-1 pitch. #Game163 pic.twitter.com/p4kd9OYXR9

In 2010, Culbreth was suspended for two games in 2013 for not knowing the rules as the crew chief for a game between the Houston Astros and Los Angeles Angels.

This is a rare move by the MLB, as it is not common to see them publicly reprimand an umpire.

Along with this, he boasts an erratic and inconsistent strike zone that never sits well with players.

Because of these, he comes in as the fifth-worst umpire.

West is one of the classic faces in the sport of baseball.

Even some of the more casual fans will likely be able to recognize West, either for good or bad.

While he does have some funny moments with the game’s brightest stars, he also has some horrible decisions.

When watching a game umped by West, it can quickly become clear why he is on this list.

What a sequence here for Joe West pic.twitter.com/NF2Rg1QrSo

He tends to have a skewed view of the plate, giving strike calls that do not really make sense.

Along with this, he is known as having a quick trigger to throw out players and managers.

However, it helps that he is a lovable figure that still seems to be popular in the game, though it may not necessarily be for his stellar umpiring.

A quick google search on Diaz will bring up many articles critiquing Diaz’s umpiring.

He has been consistently awful throughout his career, sporting some of the most questionable strike calls.

With baseball around the corner, reminder how terrible Laz Diaz is at his job pic.twitter.com/MsWdmEH6MB

While he is solid in the field, Diaz is at his worst when behind the plate.

There are moments where it seems like he has no control over the strike zone, not having a real clue on what is actually a ball or strike.

Many times, these come in major situations that have a great impact on the game.

Because of this, he is widely unliked in the sport and is a constant annoyance when he is the umpire.

Bucknor is another high-profile bad umpire.

He routinely makes terrible calls when he is behind the plate, giving pitchers excessively large strike zones and making it tougher on hitters.

Now, his reputation across the league precedes him whenever he is on the field as the umpire.

Because of this, he comes in as the second-worst umpire in the game today.

Hernandez sits at the top of this list as another umpire whose name instantly brings along preconceived notions.

He is uniquely bad on both sides, giving awful strike zones and making brutal calls in the field.

Gotta love how Angel Hernandez is trending before the season even starts.

Even former Yankees starting pitcher C.C. Sabathia had something to say about Hernandez.

These are strong words coming from a pitcher who will likely be inducted into the Hall of Fame someday.

Along with this, Hernandez also has a fight with the MLB itself after he sued the league for alleged discrimination.

After this, he has nobody on his side as many players already call him the worst umpire in the game.

Because of this, Hernandez easily positions himself at the number one position on this list.