You are here: Home / Sports / NFL / What Will Antonio Brown’s Impact Be With The Bucs? 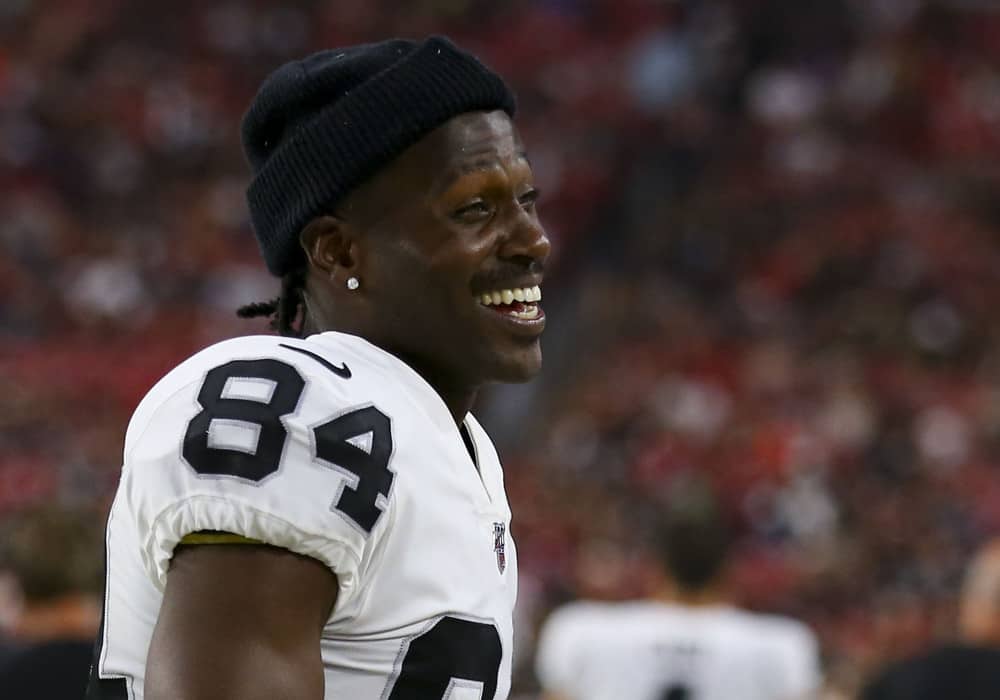 Brown has not played since week 2 last year with the New England Patriots.

This will be the first time Brown is playing since the NFL suspended him for 8 games for his off-field incidents with the Steelers.

More from the NFL on Antonio Brown’s eight-game suspension (at least). He’d be allowed to participate in training camp if a team signs him, with the suspension taking effect Sept. 5. pic.twitter.com/kXHbrkyBSo

AB was allowed to serve his suspension while not on a team, so he will be eligible to play in week 9.

He will be joining an offense that is led by a future Hall of Fame QB in Tom Brady and ranks 3rd in the league in scoring offense (31.7 PPG).

Tampa has one of the best receiving corps in the league in Mike Evans, Chris Godwin, and Scottie Miller.

The Bucs currently rank in the top 8 in the league in the following passing categories:

Their passing attack is complemented by an average rushing attack (105.7 yards per game – 19th).

Antonio Brown has the talent to take this already dangerous offense to potentially new heights.

In Brown, they add a receiver who consistently kept the chains moving while in Pittsburgh.

He also holds 2 of the top 5 seasons all-time for receptions.

The Buccaneers adding AB is an instance of the rich getting richer.

Tampa already ranked in the top 10 in terms of passing first downs and now they add a receiver who consistently helps move the chains.

If Tampa can chew up more clock on offense by extending drives, it will be bad news for opposing teams.

Not only will it wear down opposing defenses, but it will also allow Tampa’s defense to rest more.

It’s no secret AB is one of the most dangerous receivers in the NFL because of his “home run” ability.

He has the potential to turn a quick slant into a long touchdown or burn his defender deep.

This is in part due to how Brady likes to operate.

He prefers the short, quick-hitters that keep drives moving.

Adding Brown can give this team the ability to do both.

AB is a possession receiver who is explosive with the ball in his hands, as seen by his career average of 13 yards per touch.

Between Evans, Godwin, and Brown, it will be nearly impossible for opposing teams to plan for all three.

Potentially opening up the big-play aspect of the offense Arians loves to deploy.

This puts even more pressure on opposing defensive coordinators to plan for the Buccaneer offense.

With Evans, Brown, Gronk, and Godwin (once healthy) on the field, defenses will need to put extra defensive backs on the field to account for all the talent.

A look at what the Tampa Bay Buccaneers offense could look like with Antonio Brown. pic.twitter.com/tq6VPeH1Fg

In turn, this could help jumpstart the rushing attack that Tampa has been missing this year.

Ronald Jones and Leonard Fournette are both talented backs who are proven in the NFL.

If teams are forced to limit the number of players in the box on defense, Jones and Fournette should find more room to run.

And once the defense has to plan for the run, Brady and his star receiving corp can exploit a depleted secondary.

Because Tampa has multiple options to account for in the passing attack, teams will be limited in their ability to send double teams.

Without a double team or safety help, Buccaneer receivers will be able to exploit mismatches in single coverage or find soft spots in a zone.

Is Tom Brady The Most Clutch QB In NFL History?

Tristan Wirfs Has Been Dominant In 2022

Tom Brady Sends A Clear Message About His Future

Tom Brady Is Back To Normal In Week 5

Should The Bucs Be Worried About Tom Brady?

Is The Buccaneers' Season In Jeopardy With Early Injury Bug?

What Will Antonio Brown's Impact Be With The Bucs?