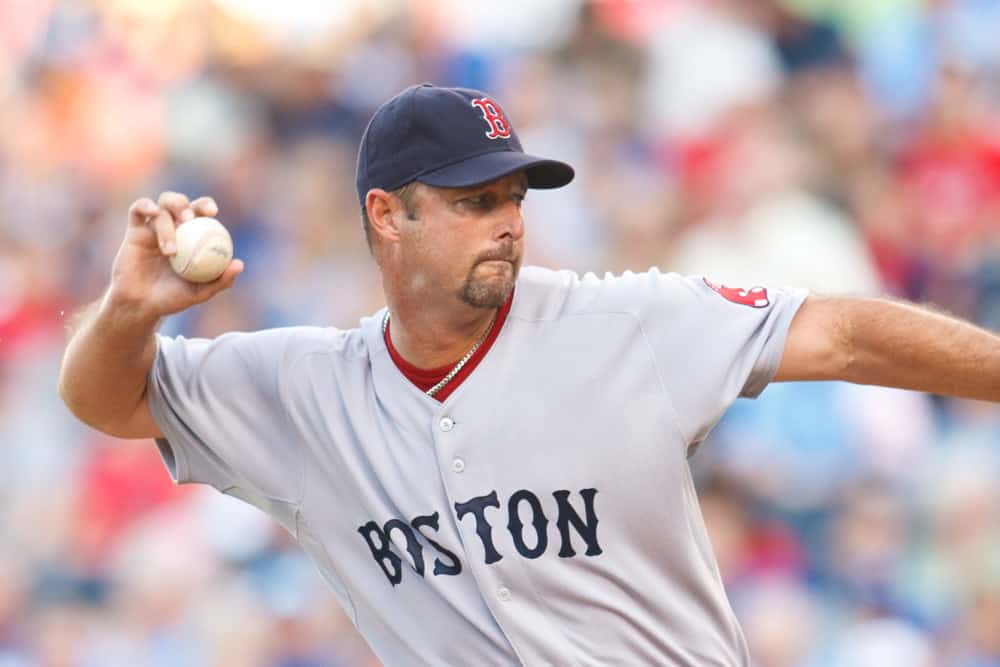 He was a beloved figure in Boston sports throughout his long MLB career.

Much of this was because of his role in helping develop the Red Sox franchise into a champion.

While he was never have been the best pitcher in the league, he put together a few dominant seasons.

What ever happened to the knuckleballer, and where is he today?

We break down the interesting career story of Wakefield and take a look at his life during retirement.

Wakefield was drafted by the Pittsburgh Pirates in 1988 as a second baseman.

However, a minor league coach said that he would never be able to make it beyond Double-A.

Understanding this, he elected to reinvent himself as a knuckleball pitcher.

Wakefield debuted in the MLB four years after he was drafted, taking some time to develop on the mound.

He stood out on the mound during his rookie season with the Pirates.

During that season he was sent down to Triple-A where he would remain through 1994.

Early in the 1995 season, Wakefield was released by the Pirates.

He was picked up by the Red Sox where he was able to work with the legendary knuckleballer Phil Niekro.

When he was called up to the Majors in 1995, he dominated on the field.

However, this would be a statistical peak of his career as he would begin posting inflated ERAs over the rest of his career.

In his 17 seasons with the Red Sox, he had an ERA below four in just two seasons.

From 1998-2002, he became a primary bullpen option as he continued giving up a lot of runs.

He started 33 games for the Red Sox during their 2004 championship run, along with four appearances during the playoffs.

While he won another World Series with the team in 2007, he still was not very successful.

He was a recognizable and unique figure that became synonymous with the Red Sox organization.

However, he actually struggled throughout his entire career on the mound.

Wakefield was nominated eight times for the Roberto Clemente Award during his career.

This is presented to a player who best reflects philanthropy in the community.

After his retirement, he was named as the Honorary Chairman of the Red Sox Foundation.

This group was established by the Red Sox franchise, aiming to make a difference in New England communities.

He also joined the Red Sox broadcast channel NESN in 2012 as a studio analyst where he remains today.

“I miss the game a little bit, so I’m involved in it a little bit, too, so I’ve got my little taste every now and again covering it,” Wakefield said in 2012. “I really wanted to give back to the game as an analyst.

Though he struggled in his performances on the field, he developed himself into one of the most respected figures after his retirement.

Now, he remains a true figure of Boston sports that the fans all look to and respect.