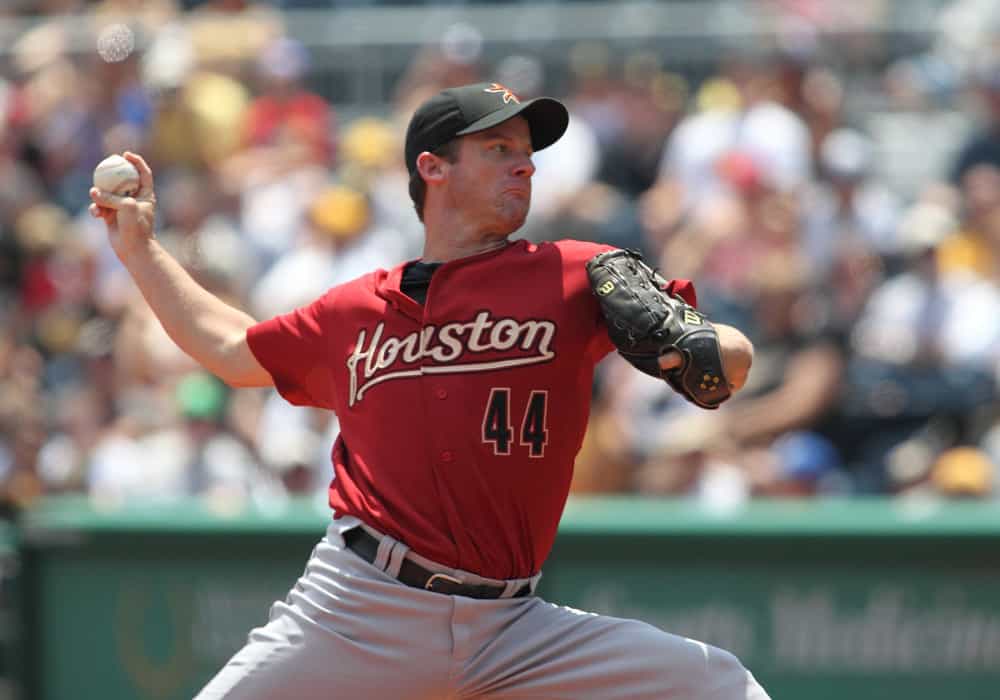 Former Houston Astros pitcher Roy Oswalt was once a dominant ace in their rotation.

During the 2000s, he had a string of seasons that were arguably the strongest in the MLB.

He thrived off being a control pitcher, spotting his pitches effectively in the zone to keep batters off-balanced.

However, it was a relatively short career as Oswalt began losing effectiveness when he was just 34 years old.

What ever happened to the right hander?

Here is a look at Oswalt’s career and where he is today.

Oswalt was taken in the 23rd round of the 1996 MLB Draft by the Astros.

This was a low selection out of a local community college in Mississippi.

However, he would prove to be a major pick up by the organization as they were able to develop him into a dominant pitcher.

Oswalt made his debut in 2001 after spending five years in the minors.

He wasted little time in making his presence known.

He also finished second in the Rookie of the Year race behind Albert Pujols.

This started a string of eight seasons where Oswalt was consistently one of the best pitchers in the league.

This earned him his first All-Star appearance.

He was also the focal point of a successful Astros team that made it to the World Series before losing to the Chicago White Sox.

10/19/05 The Astros defeat the St. Louis Cardinals 5-1 at Busch Stadium to clinch the National League Championship and advance to the first World Series appearance in franchise history. Roy Oswalt, the winning pitcher of Game 6, was named the NLCS MVP. pic.twitter.com/E48h1IMnWG

The next season, he led all starting pitchers in ERA with a 2.98.

Without a doubt, Oswalt was an established ace in the MLB at this point.

After the 2010 season, Oswalt signed a free agent deal to stay with the Philadelphia Phillies.

He had been traded to the team a year prior and helped form what looked to be one of the best rotations in baseball.

However, his 2011 season would be abbreviated as he took a leave of absence following devastating tornadoes in his home state of Mississippi.

He tried to make a comeback the next season but struggled to reacclimate.

Oswalt signed with the Texas Rangers in 2012 but was unable to consistently get outs.

It might have been a short run, but Roy Oswalt's debut with the @Rangers on June 22, 2012 was standing-ovation stuff. #TogetherWe | @royoswalt44net | #Flashback pic.twitter.com/mO769asUdl

The next season, he agreed to a minor league deal with the Colorado Rockies and served up an 8.63 ERA.

In just a blink of an eye, Oswalt was out of the league and announced his retirement.

By the end of his career, he went 163-102 with a 3.36 ERA, coming up short of Hall of Fame consideration as he fell off the ballot in his first year.

Oswalt has remained relatively distanced from the sport since his retirement.

However, he will still make the trip down to Florida for the Astros spring training.

He still lives in Mississippi, owning and working on two farms in the state.

It is a humble lifestyle for someone who was once one of the league’s best pitchers.

However, it seems that he enjoys staying out of the limelight.

He is an avid Mississippi State sports fan and will work with some players on the baseball team.

To commemorate his spot in Mississippi lore, he was also inducted into the state’s Sports Hall of Fame.

Regardless of where he goes in his home state, he is a beloved icon that represented them on the field during every start.

He was dominant and the numbers support that.

While he likely won’t make it to the Hall of Fame, his legacy will always be remembered.

The Astros Are Using A Unique Offseason Approach

The Astros May Swoop In And Land A Top Catcher

The Astros May Avoid Any Moves After Losing An Ace

The Astros Are Sending A Top Reliever To Team USA