You are here: Home / Sports / What Happened To Raul Mondesi? (Complete Story)

Former Los Angeles Dodgers outfielder Raul Mondesi was once one of the league’s best blends of power and speed.

Opening Day 1999 Raul Mondesi Hits A 3 Run 💣 In The 9th To Tie The Game, Then Walks It Off With A 2 Run Shot In The 11th …. The Dodgers Beat The Dbacks 8-6 #Dodgers #OpeningDay pic.twitter.com/HyqrXrxwsy

He became known for his 30 home run and 30 steal seasons, an impressive feat.

Mondesi played in parts of 13 seasons at the Major League level, but began to fall off as he got older.

This finally led to his retirement, where he ended up pursuing a career in politics in the Dominican Republic.

Here is a complete look at his career, and where Mondesi is today.

A Teenager With A Dream

Mondesi was signed by the Dodgers when he was just 17 years old in 1988 out of the Dominican Republic.

It took him a couple of years to make the transition to the United States, and he entered Rookie Ball in 1990.

In his first season of professional baseball, Mondesi hit .303 with eight home runs and 30 stolen bases, showing a glimpse at his future MLB production.

It charted a quick development time in the Minors, as he spent just three more years between Double-A and Triple-A.

Finally, in July of 1993, Mondesi was called up to the Dodgers for his first taste of action in the Majors.

In just 42 games, he hit .291 with four home runs to show the Dodgers that he was ready for a full-time spot with the club.

Mondesi Stands Out As A Rookie

In his rookie season, Mondesi appeared in 112 games and clearly stood out.

This was good enough for him to take home the Rookie of the Year Award for the National League.

He followed this up with another stellar year, earning his first career All-Star appearance.

Raúl Mondesí led a rally down 3-0 with his first career grand slam and tallied 5 RBI's to help the @Dodgers defeat the Cubs, 7-5 at Dodger Stadium.

It quickly became clear that Mondesi was establishing himself as one of the sport’s best and brightest young players.

This earned him a low finish in the MVP voting, and he also earned his second career Gold Glove Award.

However, this would be the peak for Mondesi.

He never quite reached the same level of production as he began to bounce around different teams and battle injuries.

A Steady Drop Off For Mondesi

However, at the height of the steroid era, this went relatively unnoticed.

His averages began to dip towards .250 as his power numbers began dropping into the 20s for home runs.

He was traded to the Toronto Blue Jays before the 2000 season, and played in just 96 games before tearing ligaments in his elbow.

During the next season, he was traded to the New York Yankees where he spent just a year-and-a-half.

There his production was solid but didn’t stand out, with his average falling to .232 in 2002.

This led to him being traded again in 2003, this time to the Arizona Diamondbacks.

In half a season with the team, he hit over .300 and appeared to have a resurgence in his career.

However, this was just short as he signed with the Pittsburgh Pirates the next year and left the team by May.

He then signed with the Anaheim Angels but tore his quadriceps and was released after not showing up to his rehab therapy.

Mondesi’s career would end in 2005 as he appeared in just 41 games with the Atlanta Braves, hitting .211 with four home runs.

Less than a year after leaving the sport of baseball, Mondesi returned home to the Dominican Republic to become a public official.

He was elected to the Chamber of Deputies and represented his home province.

This continued until he was elected mayor of his hometown in 2010, a position that has a six-year term,

Politics turned south for Mondesi though in 2017, as he was charged with corruption and the mishandling of funds during his time as mayor.

He was found allegedly embezzling 30 million pesos ($6 million) when he was mayor.

This netted him an eight-year prison sentence, along with a $1.3 million fine.

It also earned him a 10-year ban from politics, meaning that any aspirations he had there will be put on hold for now.

Despite Mondesi’s exit from baseball and into politics, his namesake carries on in MLB.

His son, Adalberto, is an infielder for the Kansas City Royals.

Raul Mondesi hit a homer onto the executive building in right field. Mammoth is acurrate. pic.twitter.com/5OKmSSJZBA

He made his MLB debut during the 2015 World Series, helping the team to the title.

While he doesn’t usually show the same power his dad had, Adalberto certainly has similar, if not better, speed.

Though his post-playing career has been forgettable, Mondesi was once a budding star in the Majors.

He was a strong blend of power and speed, putting up stellar numbers during the steroid era.

Fans of the sport, especially Dodgers fans, will likely not forget that any time soon. 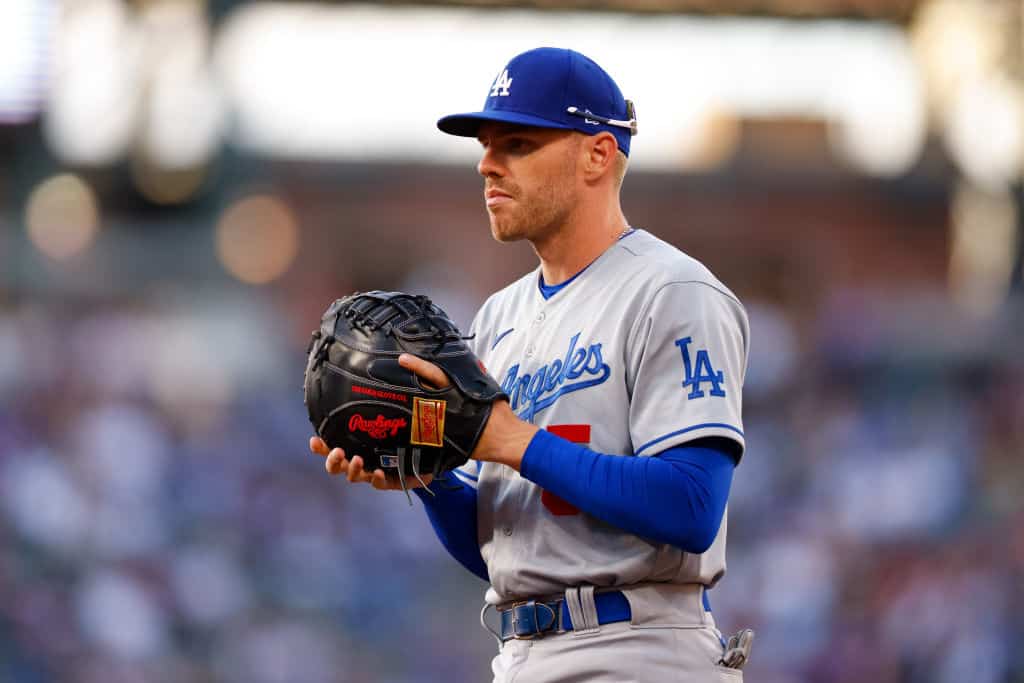