You are here: Home / Sports / MLB / What Happened To Josh Hamilton? (Complete Story) 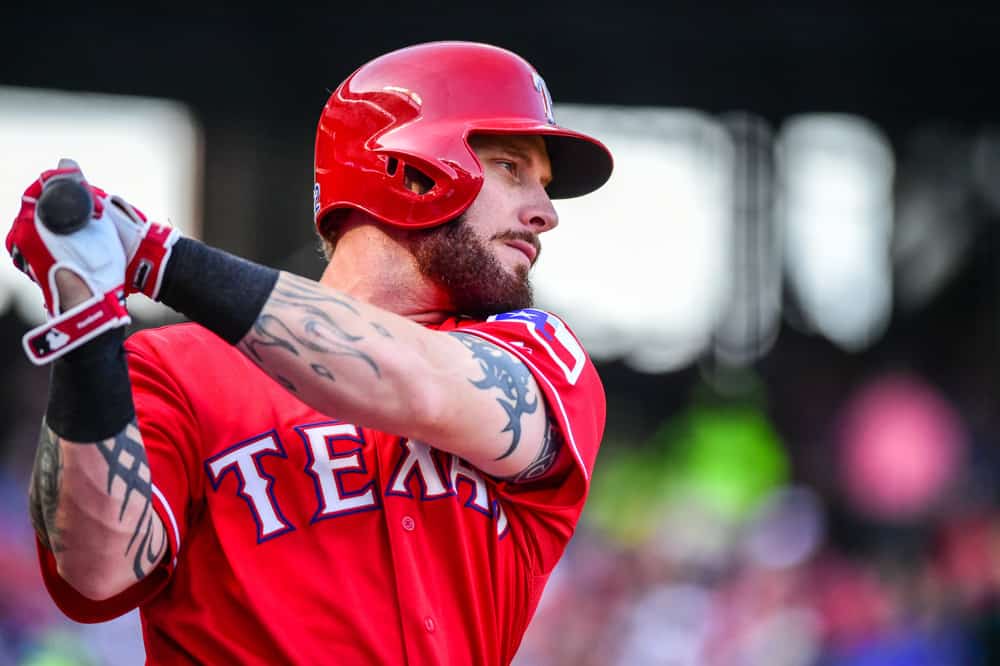 He had developed himself into one of the league’s best hitters while with the Rangers.

However, inner demons continued to pull him back down.

Constant mistakes and battles with substance abuse cut down what was once a promising career.

Because of this, Hamilton is a sore memory for fans that were captivated by how good of a player he was.

Hamilton was the first overall pick in the 1999 draft by the Tampa Bay Devil Rays.

Twenty one years ago I went to North Carolina to profile a kid named Josh Hamilton—the expected No. 1 pick in the baseball draft. He was quiet, humble, gifted. pic.twitter.com/kecbvC9gBH

However, he spent a long time in the minors with many twists and turns.

After dealing with injuries over his first few seasons, Hamilton was suspended for substance abuse in 2004.

His addiction to cocaine continued even though he had been put into a substance abuse facility by the MLB.

In October 2005, he reached the low point of his cocaine use as he woke up naked on his grandmother’s porch.

He elected to make an effort to correct his past mistakes and get the help he needed.

The damage had already been done to both his reputation and development at that time.

Because of injuries and suspensions, Hamilton missed the 2003, 2004 and 2005 minor league seasons.

Finally, in 2007, the Cincinnati Reds took a chance with the outfielder who was once ranked as the best minor league prospect.

Success When Hamilton Was Clean

At this point, Hamilton finally began getting his act together.

That offseason, he was traded to the Rangers where he was able to lock up the team’s starting centerfielder job with a great spring.

He broke onto the scene that season, hitting .304 with 32 home runs and a league-leading 130 RBIs.

This earned him an All-Star appearance and a Silver Slugger Award.

He also put on an amazing performance in the Home Run Derby, hitting the most ever in one round with 28.

Josh Hamilton put on one of the best performances in HR Derby history back in 2008 🔥 pic.twitter.com/Wdu4sZRGtO

Seven of them also went further than 500 feet.

In 2009, he was once again voted to the All-Star game even though he had an injury-hampered season.

It was 2010, however, that Hamilton truly made a name for himself.

During that season, he led the league in batting average with a .359 mark including 24 three-hit games.

He also finished with 32 home runs and 100 RBIs, even though he missed 29 games due to injury.

After another solid season in 2011, Hamilton had an outstanding year in 2012.

He tallied 43 home runs, including four in one game against the Baltimore Orioles.

He’s also the only player in AL history to tally 18 total bases in a game. pic.twitter.com/7UOgKEAJZ3

The following offseason, he signed a 5-year, $125 million contract with the Los Angeles Angels.

This would prove to start the downfall of his career.

This turned the Angels’ fans and ownership against him.

Before the 2015 season, Hamilton underwent shoulder surgery during which he relapsed into his drug addiction.

He voluntary told the MLB this and was not suspended, but the Angels wanted to distance themselves from the outfielder.

The Angels traded him to the Rangers in April where he rejoined the team.

While he was able to play the rest of the 2015 season, injuries in both 2016 and 2017 ultimately ended his career and pushed him out of the game.

Unfortunately, this was not the end of Hamilton’s struggles off the field.

In October of 2019, Hamilton was arrested for assaulting his daughter.


Because of the charge, he now faces two to 10 years in prison, a stark fall from grace for a former MVP.

Hamilton’s career is a sad example of how addiction can force the downfall of a person’s livelihood.

He went from being the best prospect, to nearly being forced out of the sport, to being an MVP and now to facing jail time.

Who knows how much potential he could have had in the sport, all if he had just managed to stay clean.

Rangers Could Be Zeroing In On A Top Pitcher

The Rangers Have A Star-Studded New Leadership Group

Rangers Add An Experienced Voice Next To Bruce Bochy

Jake Odorizzi Is Excited About A Change Of Scenery

2 Moves The Rangers Need To Make This Offseason

Nathaniel Lowe Gave Rangers Fans Something To Cheer For

The Rangers Have A Clear Goal In Free Agency

Jacob deGrom Reportedly Has A Surprising Team In Mind

Jake Odorizzi Is Looking To Rebound In Texas Next Season

Bruce Bochy Has A Quote To Fire Up Rangers Fans