You are here: Home / Sports / MLB / What Happened To Jose Mesa? (Full Breakdown) 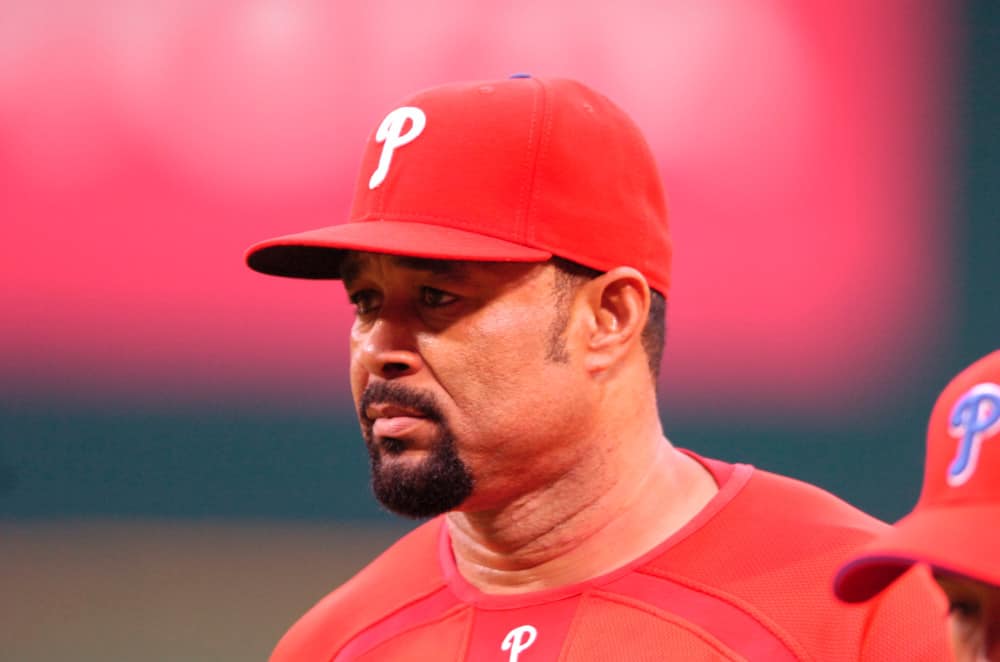 Former Cleveland Indians closer Jose Mesa was a staple in the back end of the organization’s bullpen during their success in the 1990s.

Former closer Jose Mesa turns 54 today.
This guy is the author of one of my all-time favorite baseball quotes.

When he gave up a HR that cost the M's the game, he said,

"I tell you what, I throw it as hard as I can.
They hit it? They hit it. There's nothing I can do." pic.twitter.com/IV4A4ekusn

During this time, he developed himself into one of league’s best relievers.

However, his career can be summarized by one word: inconsistency.

There were moments where Mesa looked like one of the best relievers ever, while in others he was a major liability.

Now, the right-hander has been reduced to his failures in his career.

Many of his accomplishments are relatively unknown in the context of MLB history, and he has faded to obscurity.

For many fans looking back at his career, Mesa has become an unknown relic of a past age of baseball.

In 1995, Mesa put together one of the best seasons by a reliever ever.

This earned him his first All-Star appearance and a second-place vote in the Cy Young Award.

It also got him a fourth-place MVP vote, something that is extremely rare for a relief pitcher.

He was the heart of a Cleveland Indians team that made it to their first World Series since 1954.

While that team didn’t win the championship, Mesa followed his performance up with another All-Star appearance in 1996.

He once again was able to thrive in his spot and become a dominant pitcher.

This was en route to another World Series appearance for the team as well, leading to the moment he is most known for.

The Downfall For Mesa

In Game 7 of the 1997 World Series, Mesa was on the mound against the Florida Marlins as the team had a shot to win their first title in over 40 years.

With a 2-1 lead, Mesa allowed two singles and a sacrifice fly to blow the lead.

Eventually, the Marlins won the game and series in extra innings.

For Mesa, this became his legacy in Cleveland: the pitcher who blew it.

This was also something that he became extremely sensitive to, even taking exception to his failures the following Spring Training.

Unfortunately, it seems like he never lived that down.

The following season, the Indians traded him as he failed to have the same level of success from the prior seasons.

While he had two sub-three ERA seasons with the Philadelphia Phillies in 2001 and 2002, the rest of his career was marked with inconsistency.

This resulted in a ballooned career ERA of 4.36, a high mark for a reliever.

Mesa finished his career with 321 saves, the 12th most when he retired.

However, he is mainly known now for his feud with former teammate Omar Vizquel.

This is BEEF HISTORY. pic.twitter.com/rAZE2N93lR

After Vizquel wrote about Mesa in his book, the former friendship between the two was ended.

Following this, Mesa hit Vizquel when the two faced off the next season.

Clearly, there are things that he remains known for beyond his performance on the field.

The reserved Mesa has remained quiet with the media since his retirement, making his gradual exit from the league seem insignificant.

Unfortunately for him, his career falls into obscurity because of this.

MLB Insider Calls Out The Brewers After Another Collapse