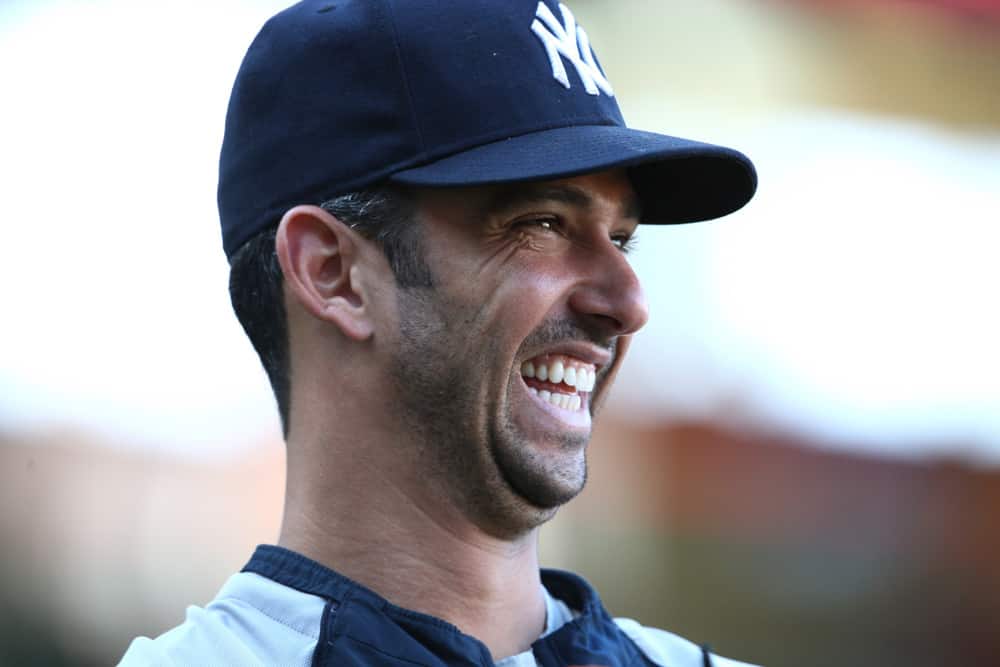 Jorge Posada was an integral part of the New York Yankees franchise during their dynasty.

He is one part of the “Core Four,” a group of four home grown players that helped lead and develop the Yankees into the powerhouse they became.

Serving as the team’s backstop, Posada developed himself into one of the best catchers in the entire sport, making him a beloved member of the franchise.

Here is a look into his MLB career and what happened to him.

Posada was drafted by the Yankees in the 24th round of the 1990 MLB draft.

He spent parts of five seasons in the minors as it took him time to get a solid footing with the organization.

Even then, he still remained in a backup role to then starter Joe Girardi.

Finally, in the 1998 season, he emerged as the team’s starting catcher, still splitting time with Girardi.

This Yankees team dominated during the season, cementing themselves as one of the most successful and talented teams in MLB history.

In the World Series, Posada his .333 with a home run and two RBI.

He split time once again in 1999, taking a small step back statistically after he hit just .245.

As the Yankees won their second World Series in a row, Posada was preparing to take a big step forward the next season.

In 2000, Posada took over as the team’s primary starting catcher.

He took this opportunity and ran with it, exploding onto the scene as a dominant force behind the plate.

He was elected to his first All-Star appearance and won a Silver Slugger award.

Once again, he was a core part of another Yankees championship team as they took home their third straight World Series victory.

However, Posada didn’t stop there.

Over the next three seasons, he continued playing at an All-Star level.

This was bolstered by a 2003 season where he came close to winning the MVP award, finishing third in the voting.

Also, in Game 7 of the classic 2003 ALCS against the rival Boston Red Sox, Posada had a clutch game-tying double off of Pedro Martinez.

While he never quite reached that same level of production, he remained a solid backstop for the next few years.

However, in 2007 he had a statistical resurgence as he hit 20 home runs with a .338 batting average.

By the 2009 season, the Yankees had gone eight seasons without winning the World Series.

The team, bolstered still by the core of their past championship teams, was able to put together another run.

In the World Series against the Philadelphia Phillies, he hit .263 with 5 RBI to help lead them to a 4-2 series victory.

He also compiled a 42.7 career WAR, good for 17th all time among catchers.

For any fans of the Yankees organization over his career, it was impossible to not like Posada.

He was a core member of the team’s development into the “Evil Empire” and one of the sport’s best catchers.

Though he fell off the Hall of Fame ballot after one year, he will almost certainly draw consideration from the committees moving forward.

Either way, he left behind a long legacy of success behind in the Bronx.

Posada was a guest instructor for the Yankees, but now serves as a special adviser for the Florida Marlins and his longtime teammate Derek Jeter.

Jorge Posada, one of the newest additions to the @Marlins staff. Knows how to win. Knows how to win championships. Will be another great mentor for young players. pic.twitter.com/U3v3WGzJJn

Posada, who lives I’m Miami, seen it as a great opportunity to take a job and stay in the area.

There is already a lot of former people from the Yankees organization with the Marlins, but it remains to be seen if players like Mariano Rivera or Andy Pettite join him.

“Mariano’s a little busy this year during the summer,” Posada told The Athletic, noting Rivera’s upcoming Hall of Fame induction. “We’ll see what Andy’s doing. He lives in Texas. I think he’s coaching with his kids. We’ll see, hopefully.”

“I wouldn’t say it’s a ‘Yankees feel,’ but the organization itself is moving in the right direction,” Posada said. “We’re looking ahead and looking at today like we can all compete and do what we can to play the game the way it should be played.”

Since Posada joined the Marlins, many speculated he could someday be a manager.

But for now, Posada is just focused with working on the younger prospects in the organization.

“I think I can help a lot of these kids,” Posada said. “The movement and the talk going forward, everything is positive, 100 percent. I’m looking forward to helping these kids get to the big leagues.”

Video Proves How Jacob deGrom Pitching In The Minors Is Unfair

Julio Rodriguez Is On A Clear Rookie Of The Year Pace

1 Advantage Blue Jays Will Have Over Other AL East Teams